This is the Mercedes-Benz X-Class: a posh pick-up concept | Top Gear
Advertisement
Concept

This is the Mercedes-Benz X-Class: a posh pick-up concept 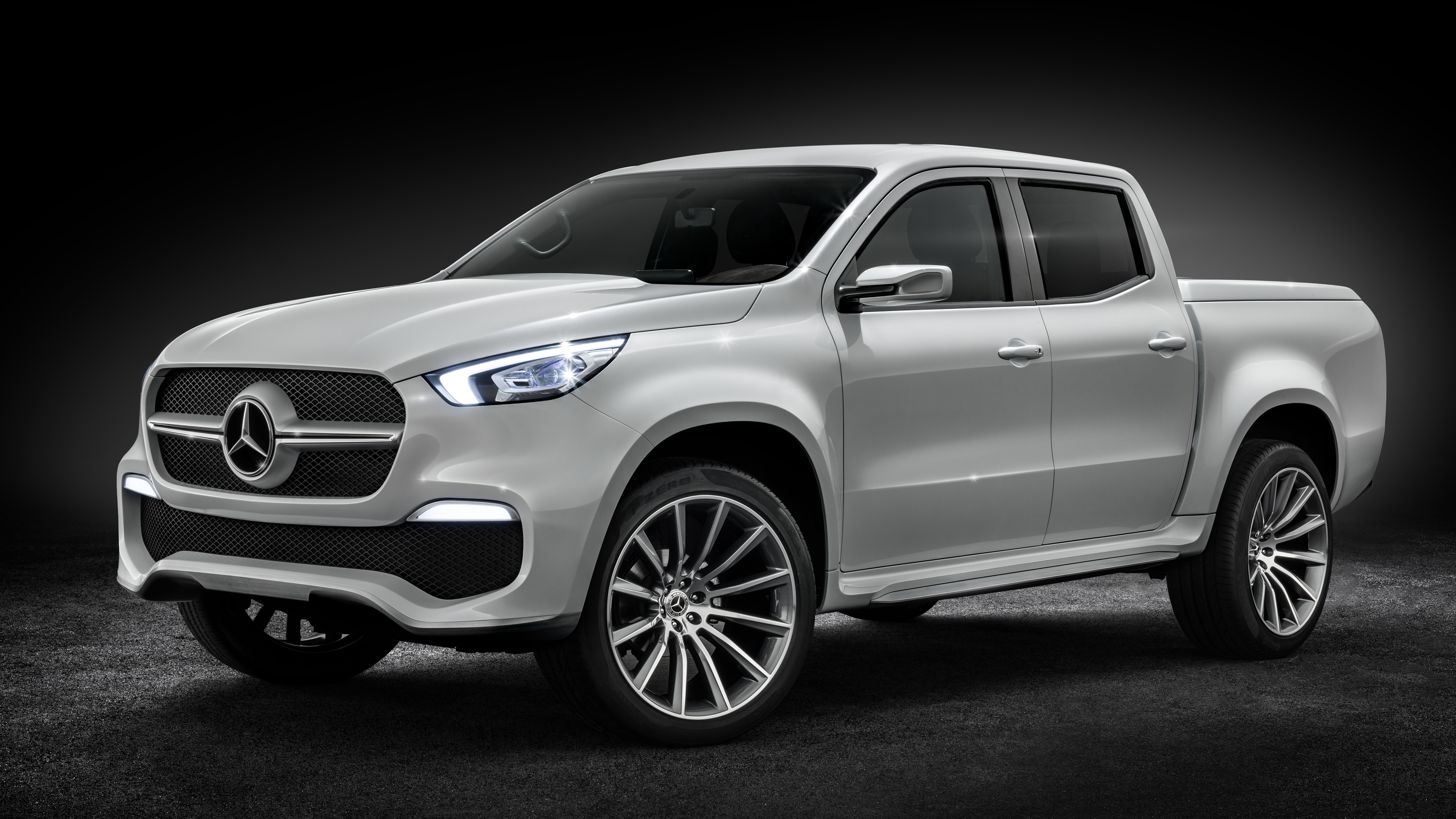 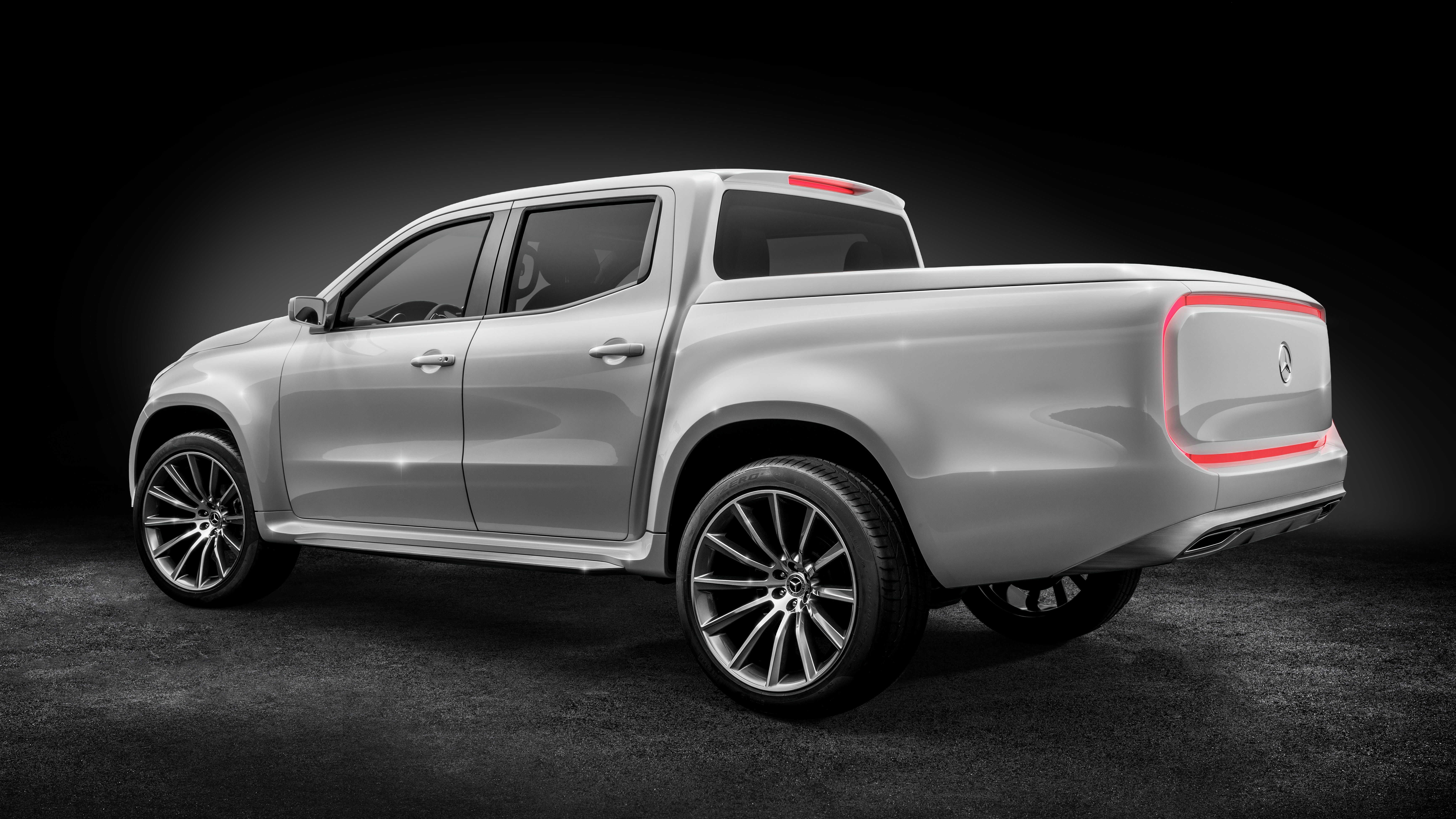 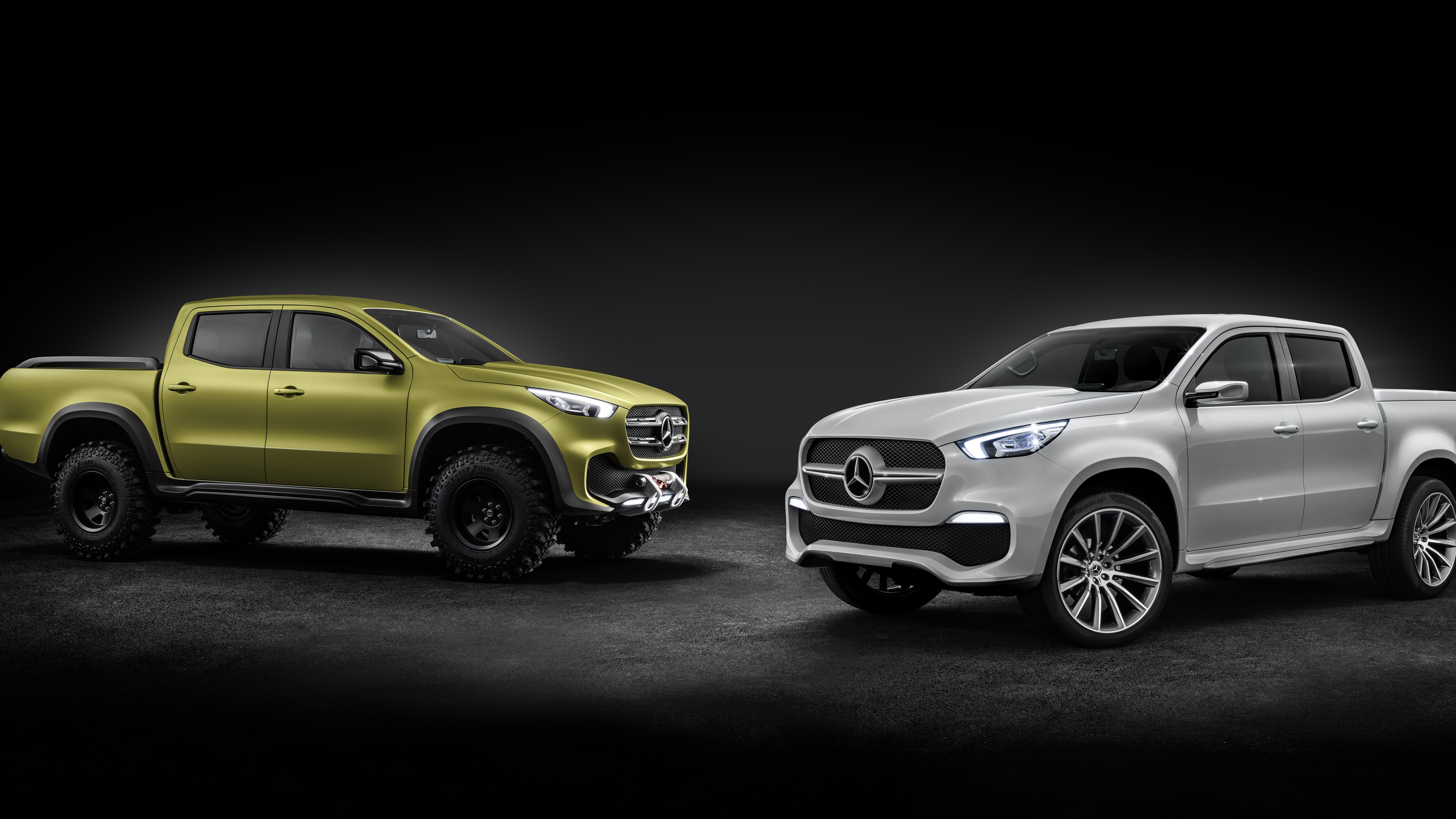 Mercedes has spent the last few years valiantly plugging every car niche possible. But there’s one rather gaping hole in its portfolio: a one-tonne pick-up.

It’s a highly-lucrative market, especially in places like Latin America, South Africa and Australia. And Merc is throwing a rather large stack of chips (nine figures, apparently) its way. So meet the new Mercedes-Benz X-Class, a pick-up with a penchant for posh.

To show how serious it is at wading into this crowded and competitive market, Mercedes has produced not one, but two X-Class concepts: the ‘Powerful Adventurer’ (Ray Mears on steroids) and the ‘Stylish Explorer’ (Ranulph Fiennes in Ugg boots and a cashmere scarf).

Let’s start with the ‘Stylish Explorer’. It embodies Mercedes belief that it can sway buyers and pick-up philosophy by adding more car-like features and creature comforts to a normally grubby and utilitarian arm of motoring.

As you can see, it’s very swanky. The front end is stylised with a bulbous ‘power dome’ bonnet, huge air intakes and muscular wheel arches. It wears the same face as Mercedes SUVs, but the single-louvre grille with the three-pointed star smack bang in the middle is a nod to the coupé road cars. And check out the back: there’s an illuminated taillight that runs the whole perimeter of the tailgate. Very nice. Although the bling 22-inch alloys look rather tremendous, they’ll be more suited to Bicester Village than the backcountry.

Same goes for the inside. It’s incredibly plush, with the marketing literature making it sound like a high-end whisky distillery. “The sensual touch and feel of the brown, very natural nubuck leather on the seats provides a cosy feel,” we’re told. “This warm colour, which is also found on the dashboard, is combined with cool white nappa leather. The trim made of open-pore smoked oak contrasts with the brushed and polished aluminium trim elements.” Perfect to pop an Egg McMuffin on the dash while parked up in the builder's yard, then.

Merc’s second concept – ‘The Powerful Adventurer’ – is more rugged. And very yellow. Standing at nearly two metres tall (1.90m), your local multi-storey carpark will hate it. But, that pigeonhole tailgate at the back will be of great use to the thirsty urban explorer as it can be used as a wine rack when picking up pallets of plonk from Majestic Wine. Handy.

On the whole, this one is a lot more ‘grrrr’ and built specifically for the wilderness thanks to 35x11.50 tyres, lanky ground clearance, wide carbon arches and an electric winch at the front and rear – so you can bury it in a ditch any which way you like.

The yellow and black scheme makes its way on the inside, too. Black nappa and carbon-style black embossed leather is contrasted against bright yellow. There’s also a fire extinguisher strapped to the dash and all the entertainment and connectivity we're used from Merc’s road cars.

But before you get too excited, these two wonderful trucks are just concepts for now. But boy oh boy, we hope they don’t change that much before going into production in late 2017.

When it does go into production, the X-Class will be built off the same platform as the Nissan NP300 Navara and upcoming Renault Alaskan. It’s all part of a collaborative deal between Merc and the Renault-Nissan Alliance where they share parts and technical know-how with each other.

Featuring a ladder-frame chassis, the X-Class can stomach a payload of 1.1 tonnes and heave up to 3.5 tonnes behind it. More than competitive in this market. But it also has independent rear suspension, coil springs and specific dampers, so it should ride and handle like a Mercedes, rather than a fruit cart. Plus, it has locking rear and inter-axle diffs, so it should be able to scale mountains with ease.

Given there’s an AMG variant of pretty much every car it produces, could we see Affalterbach’s take on the pick-up? A modern day GMC Syclone, perhaps? We can’t wait to find out.