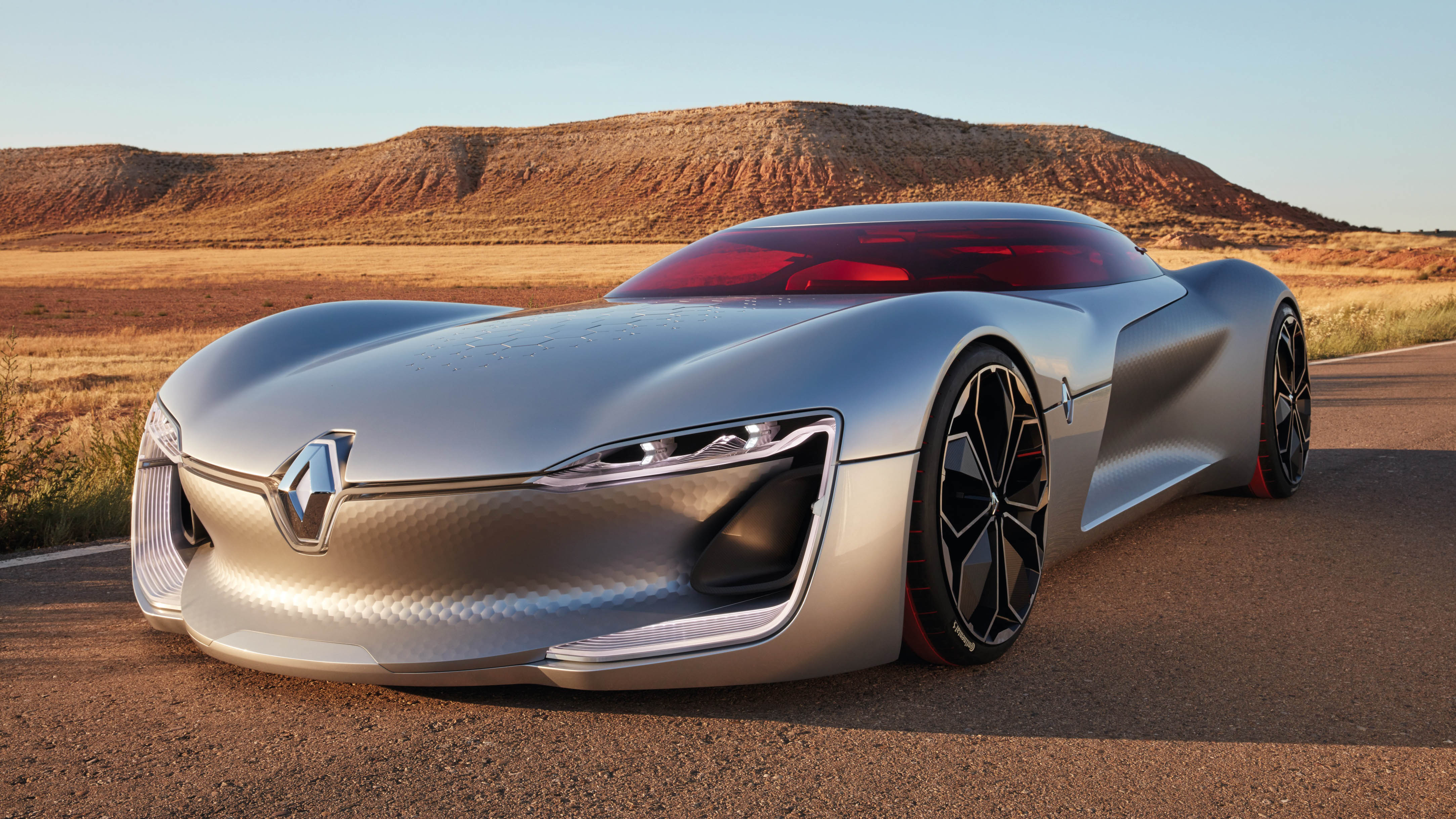 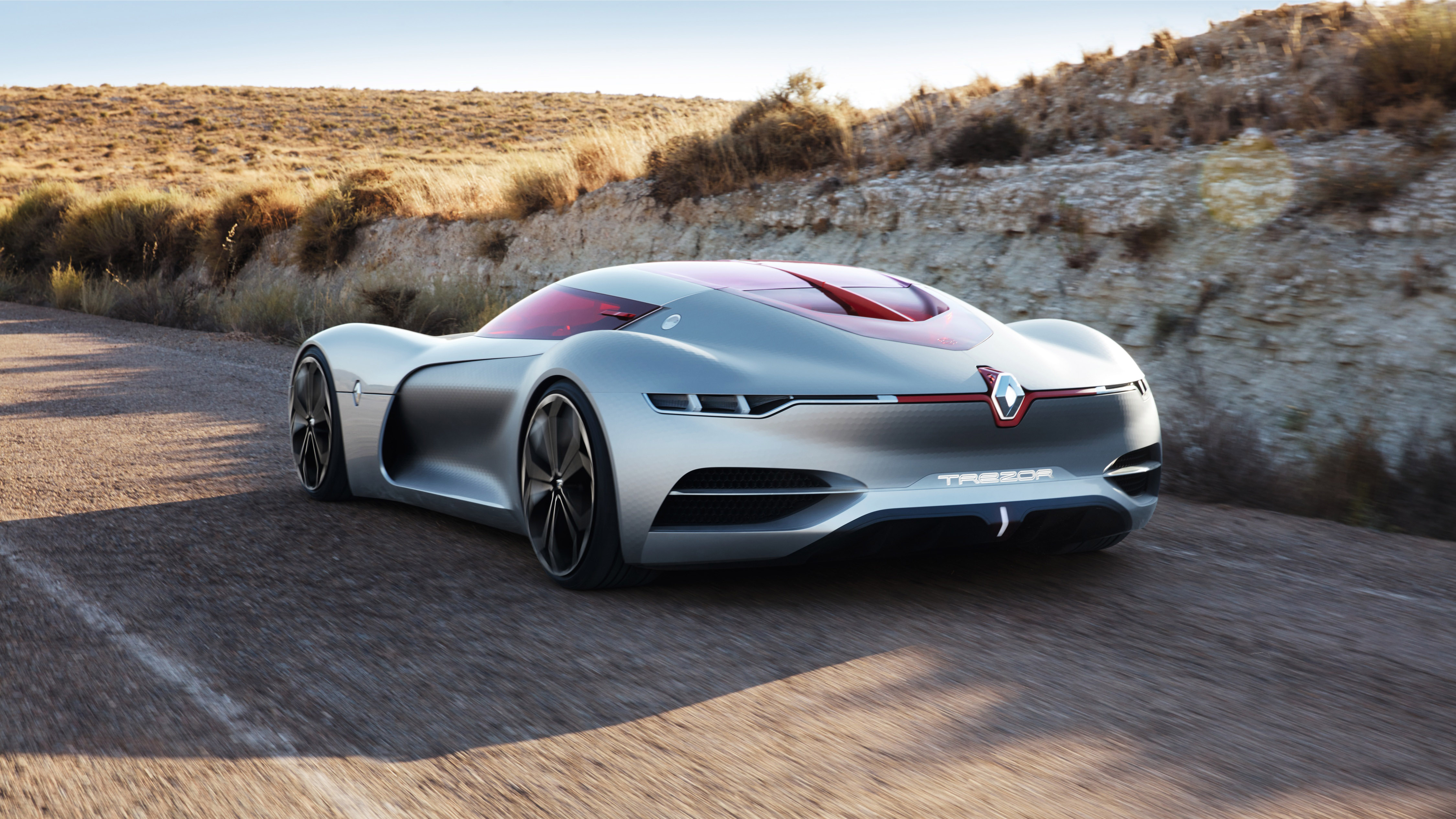 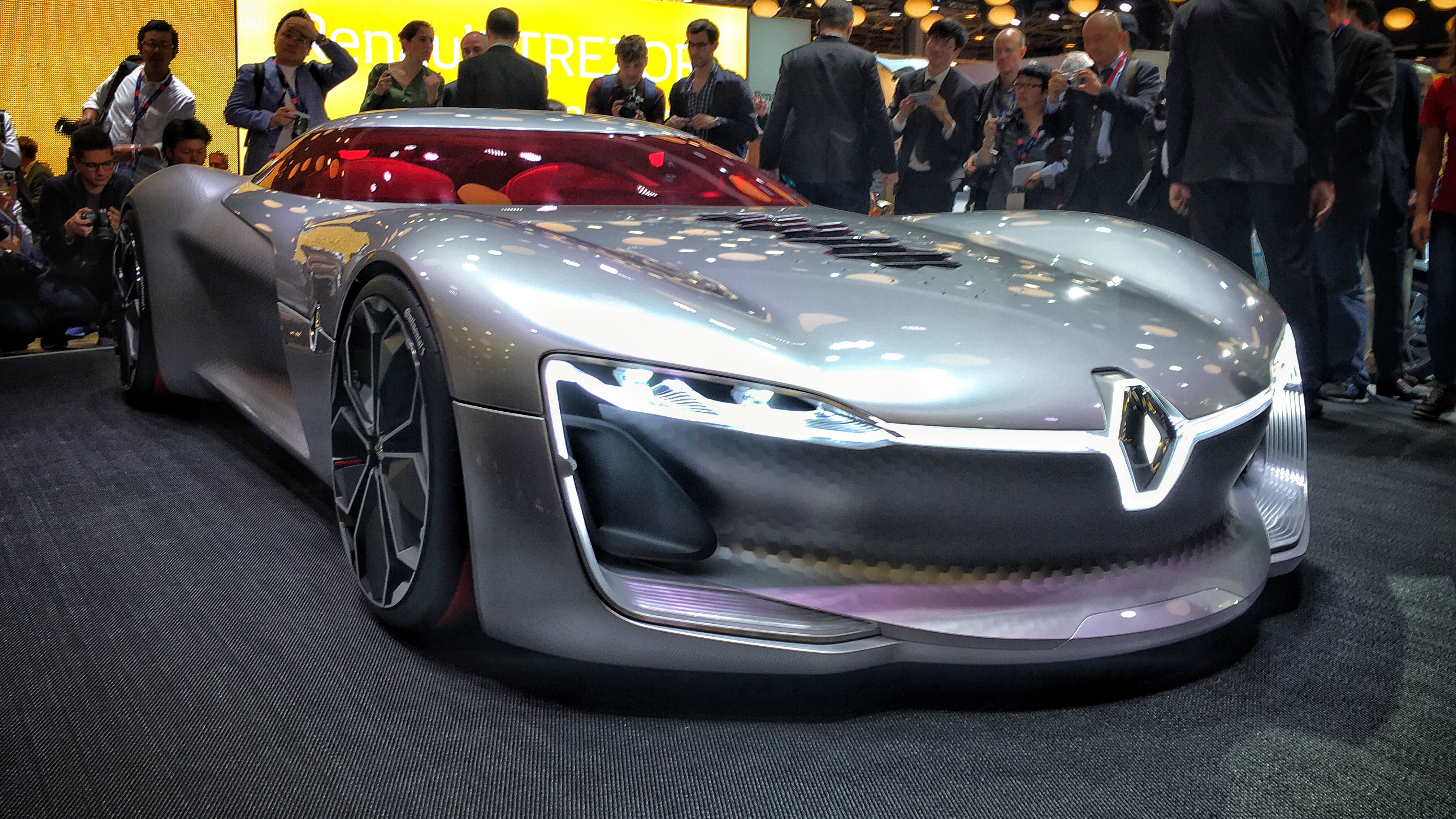 "We couldn’t have done this car if we hadn’t stabilised the mainstream product line," van den Acker tells me, in his typically wry, Dutch way, "and the grown-ups would never have allowed it. But thankfully we have, and so… there’s this."

TopGear.com regards van den Acker as one of the very best design leaders (and managers) in the entire business – he worked wonders at Mazda before relocating to Paris and embarking on a ground-up rebuild on Renault – and the Trezor is a truly spectacular piece of work. A huge, two-seater electric coupe, it features autonomous functionality, and an interior of bravura aesthetic and material ambition. Proportionally extreme, the car’s visage – well, we are in France – and headlights offer probably the strongest cues about the next part of the company’s design journey (the C-shape is a Renault signature). We’d say the business case for a car like this is pretty wobbly, but it still offers a fascinating insight into next-gen thinking, both in terms of the visuals and the tech.

The electric powertrain architecture is real, though. Renault has been one of the prime movers and tech partners in the Formula E race series since its inception in 2014, and the company is also Europe’s best-selling electric vehicle manufacturer. So we know the Trezor’s 260kW (350bhp) motor works, it’s good for 282 torques, and e-power being what it is, it’ll warp to 62mph in less than four seconds. It also uses the ‘rechargeable energy storage system’ as seen in Formula E. Clearly, this is an EV whose constituent parts are more battle-hardened than most. 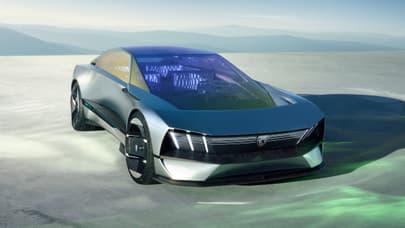 Future Peugeot EVs will share DNA with this Inception Concept 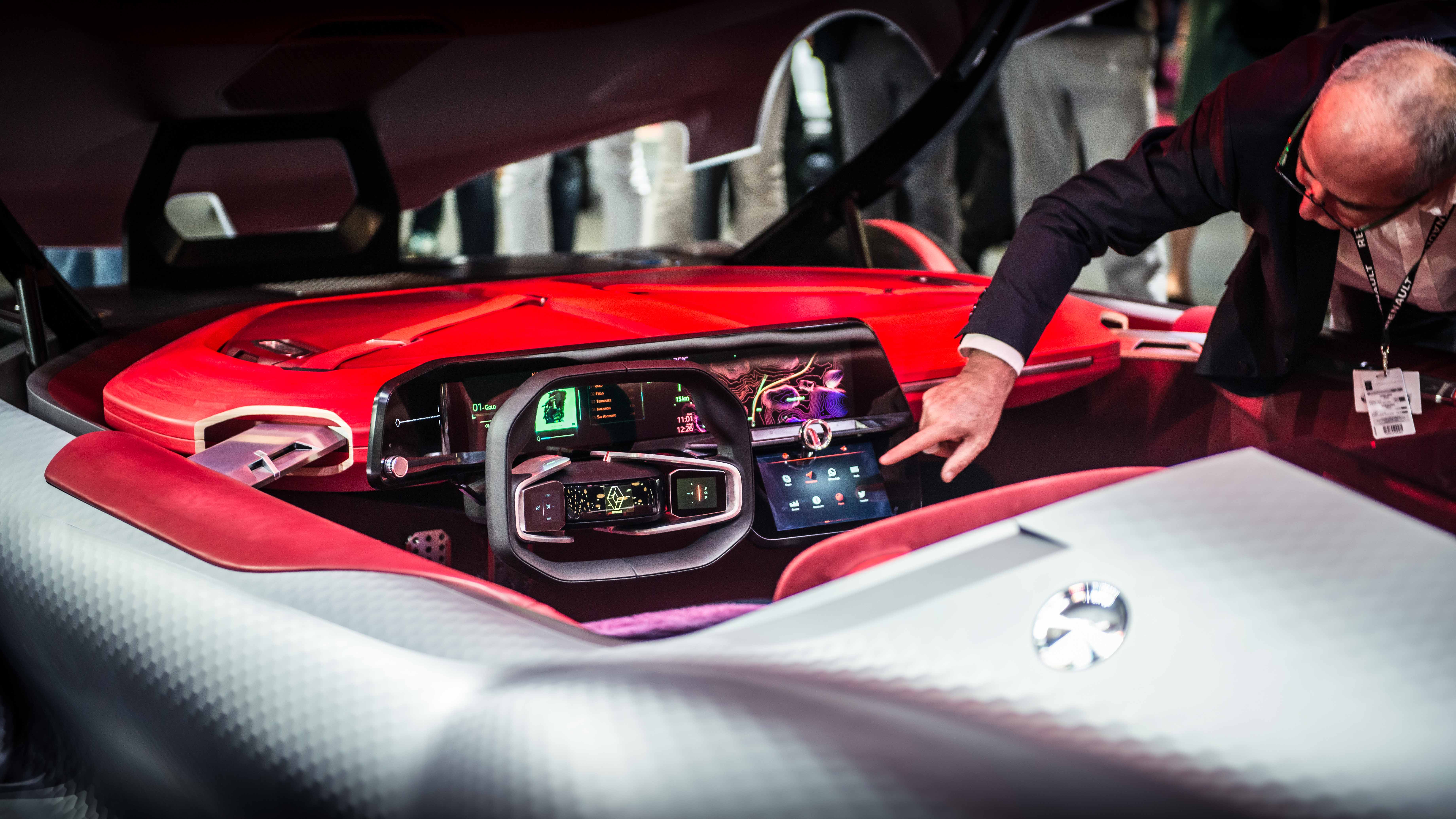 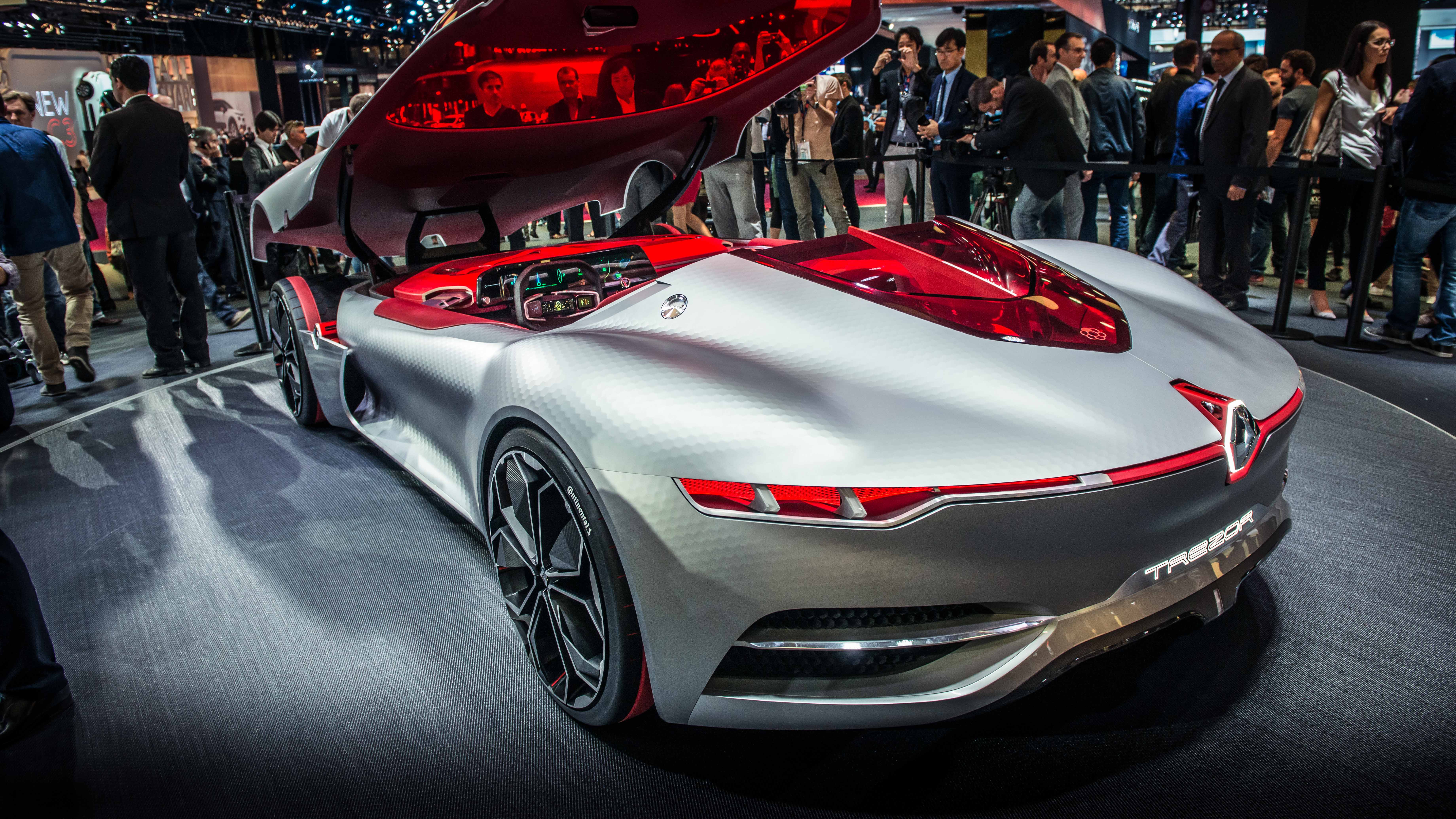 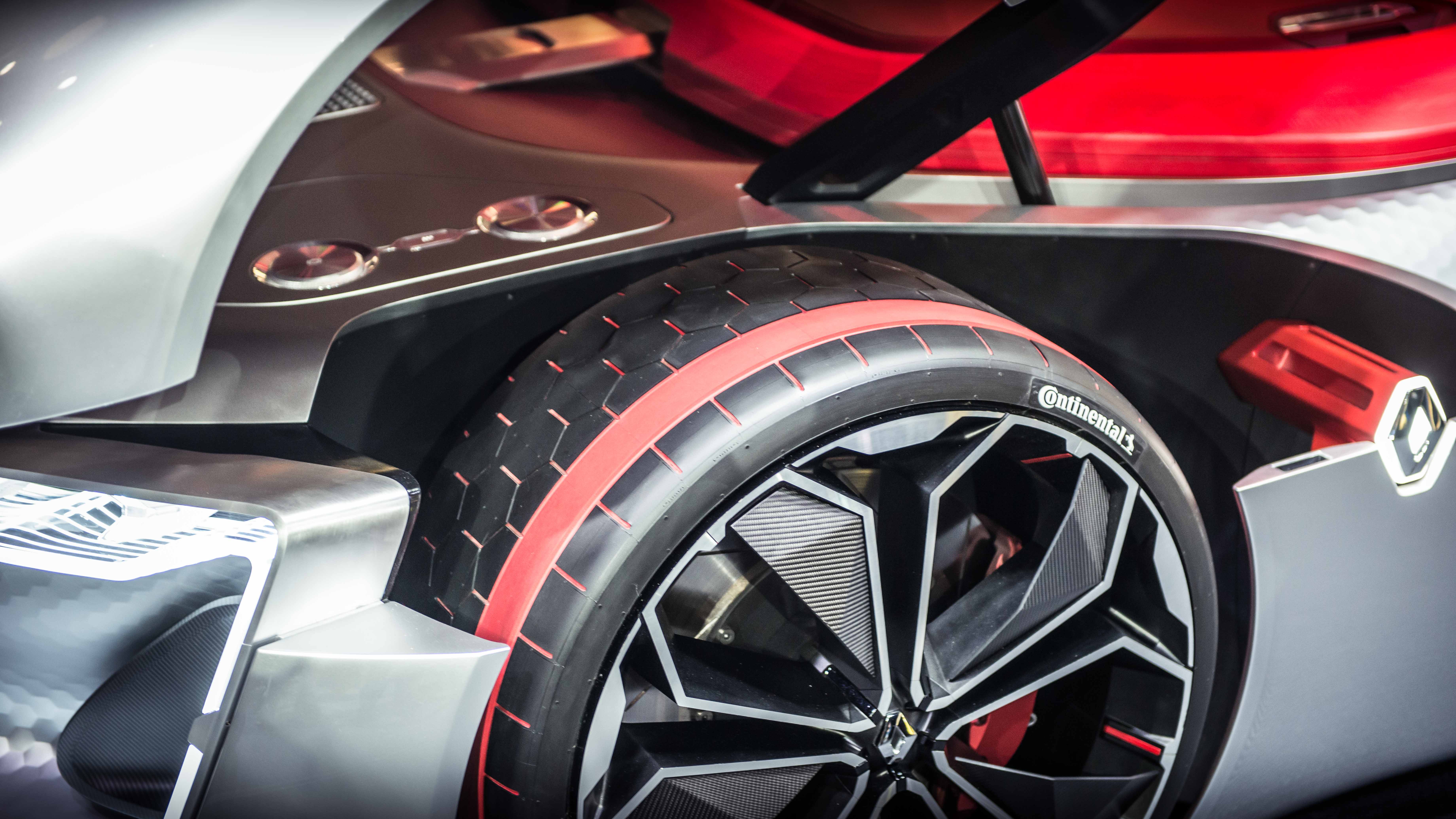 Really, though, this is a big statement of confidence from Renault. Van den Acker says the first design phase was "about falling in love"; now it’s about maturity. The Trezor, he says, has a warm, simple and sensual feel to it, and marries a carbon monocoque to a defiantly red interior. It’s also ruddy massive: 4.7m long, 2.1m wide, a smidge over 1m tall, with a 2m-wide front track and a rear track that’s wider still. There’s nothing as dreary as conventional doors, either; instead, the loved-up occupants access the cabin via a massive single-piece canopy, that hinges forward on beautifully made struts. Perusing the mood-boards upstairs in the studio where we previewed the car, it’s not entirely surprising to see references – rather oblique ones – to Pininfarina’s 1969 Ferrari 512 Berlinetta Speciale and 1970 Modulo concept car. "Every car designer I know loves those cars," van den Acker laughs. So do we. There’s also a picture of Steve McQueen climbing into his Jaguar XKSS, and lots of nice chairs.

The bonnet features a honeycomb-hexagonal pattern that acts as an air intake to cool the batteries beneath, but the rear section of the bodywork is also covered in tiny hexagons; "parometric" design, van den Acker calls it, and the hexagons actually change form as they flow into the curves of the rear wheelarches. It’s clever stuff, and plays off car designers’ predilection for ‘second and third reads.’ On my fourth read, viewed from above, seminal 1980s ITV quiz show Blockbusters pops into my head (‘I’ll have an ‘e’ please, Bob’), but I don’t think that ever made it across the channel.

There’s also an analogue gauge where the fuel filler would be on a conventional car, which displays the batteries’ level of charge. The Renault logo mounted on the side sits on a support that almost seems to accelerate it into place. At the rear, meanwhile, the lighting system uses laser-assisted fibre-optics; "the pattern has a kind of 'mirage' effect," advanced studio boss Stefano Bolis tells me, "and we wanted to play on the magical effect light has on us. Think of the aurora borealis, or even the warmth of a fire." As with other big car companies, Renault now employs a crew of designers specifically to work on illumination, so fast-moving has the technology become. "We think we can own this stuff," van den Acker adds.

Proportionally extreme, the car’s visage and headlights offer the strongest cues about the next part of the company’s design journey

The Trezor also dazzles in its use of wood as a core structural element. The team was influenced by German bicycle manufacturer Keim, whose ultra-lightweight bikes consist of 150 pieces of wood vacuum-bonded together into two semi-monocoques, and that enjoy fantastic energy and vibration-absorbing qualities. The Trezor’s luggage compartment, which lies ahead of the passenger compartment, is cradled in a gorgeous, naturally finished wooden frame. Unlike some concept projects, this one has been has been in development for 16 months, and the quality of execution is exceptional.

Inside, high technology and old-fashioned, natural luxury go head-to-head. It seems that analogue is threatening to usurp digital as a symbol of quality, although the Trezor’s ingenious instrument display basically turns into the highest resolution multi-media audio-visual screen you’ve ever seen. The headrests sit on gorgeous, elongated aluminium frames, and the pedals also adjust. In the fully automated, all-electric future, whoever nails the cabin environment is going to win the big prize. The French have centuries-long form when it comes to lavish interiors (in buildings, if not cars), but the Trezor’s is as good as I’ve seen.

"I think it’s a beautiful object," van den Acker says. "We’re a popular brand, and we need to make cars that are easy to like." 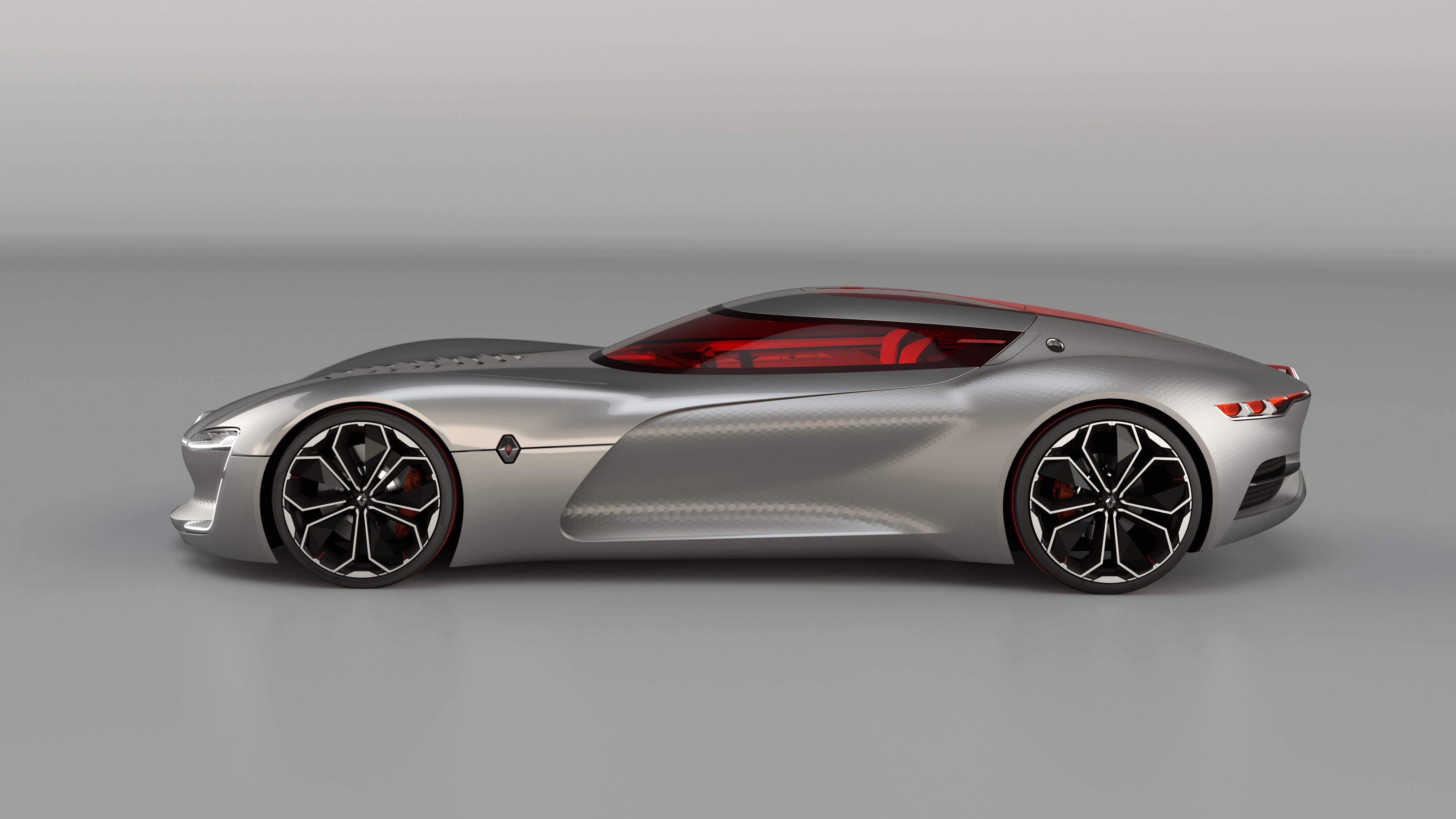 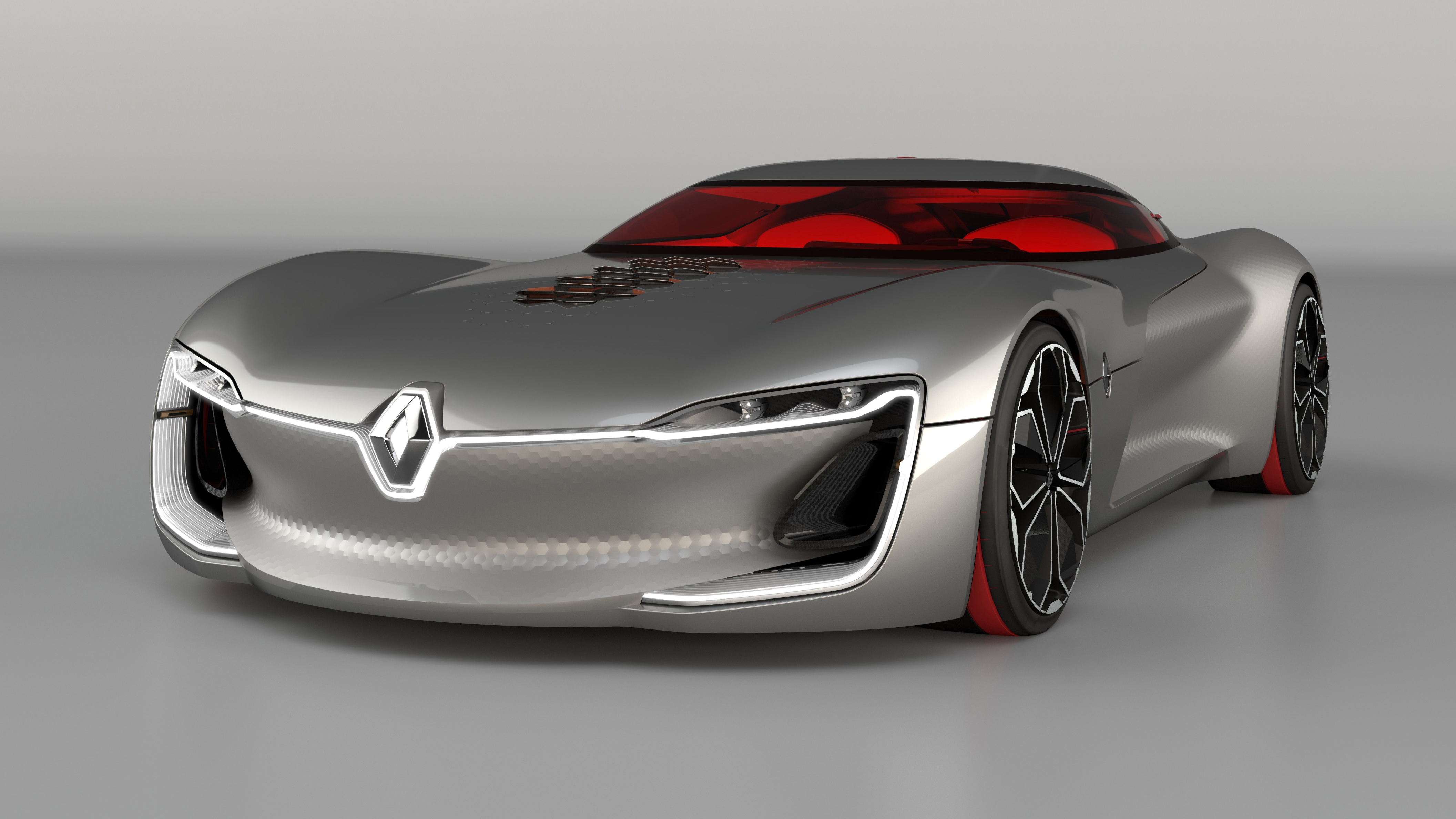 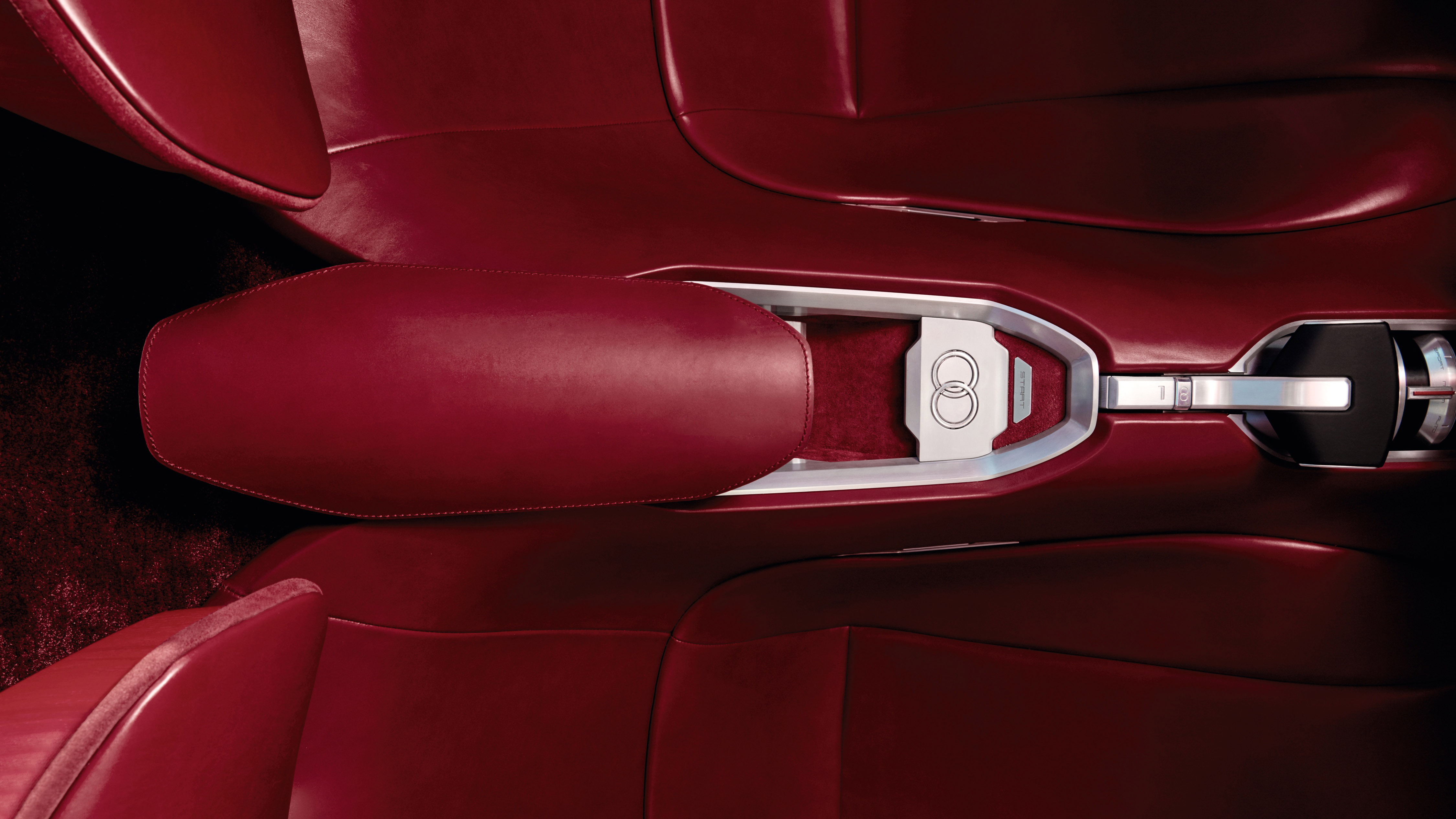