No steering wheel, no pedals: this is Smart's little self-driving pupster 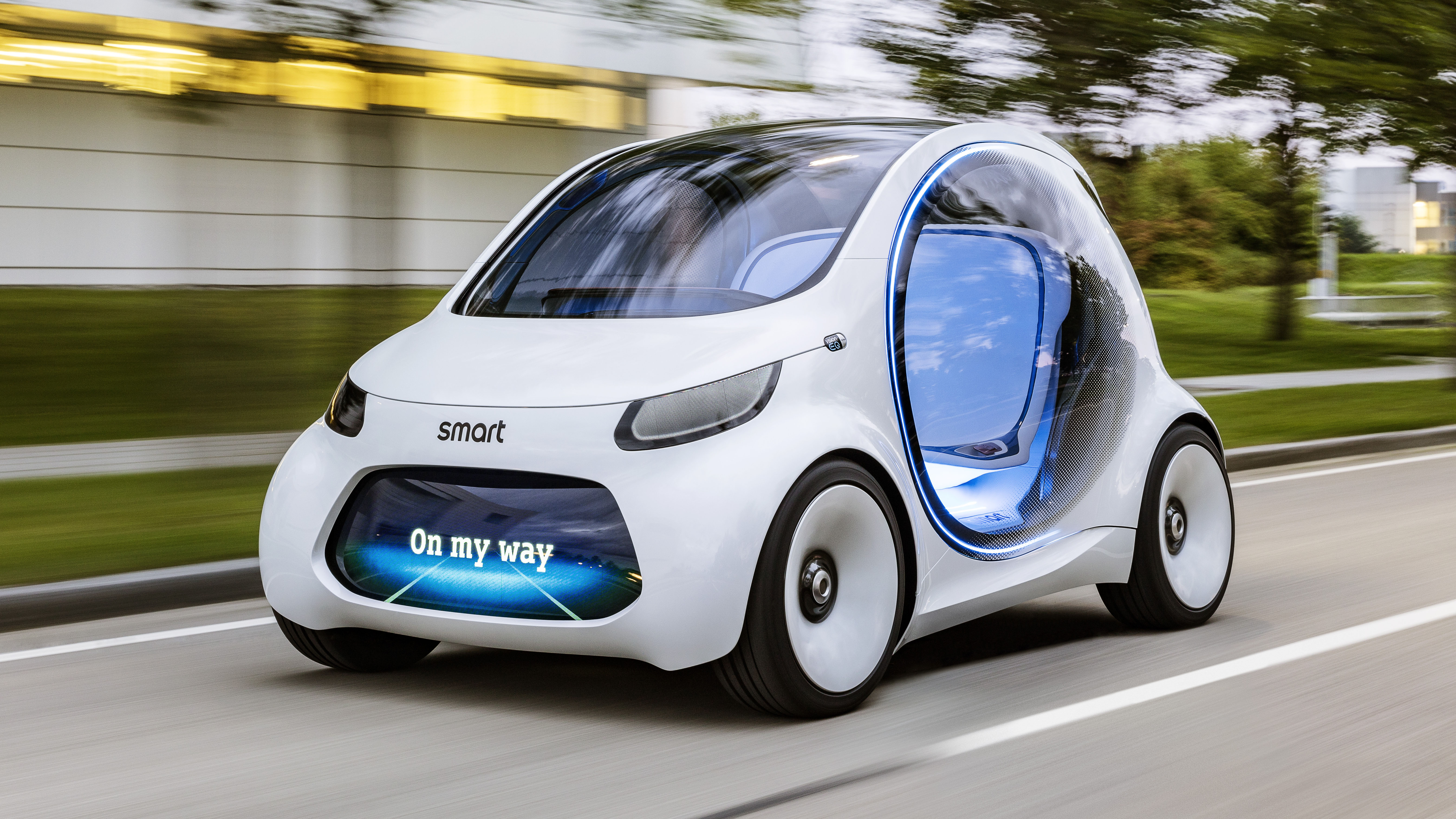 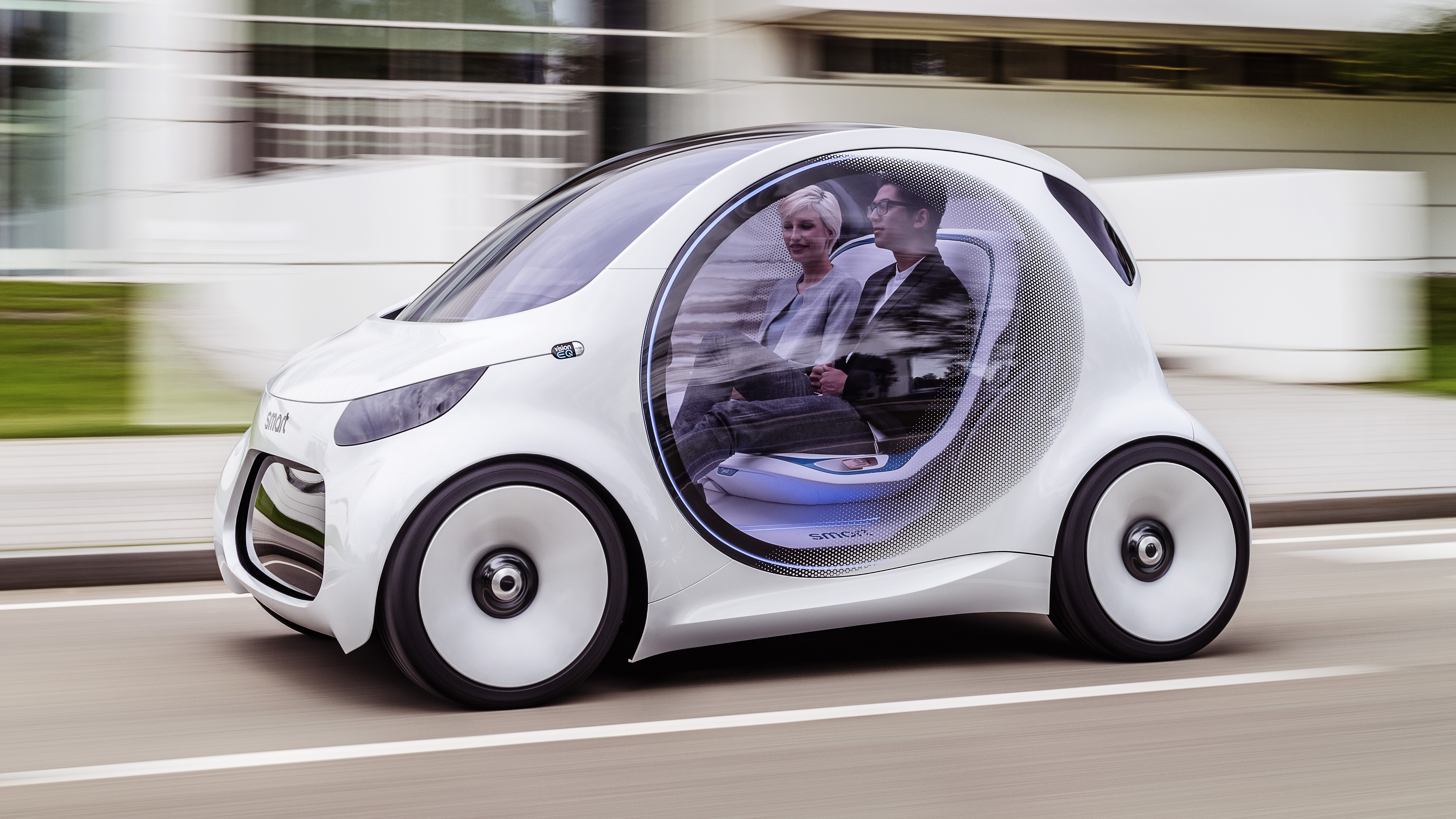 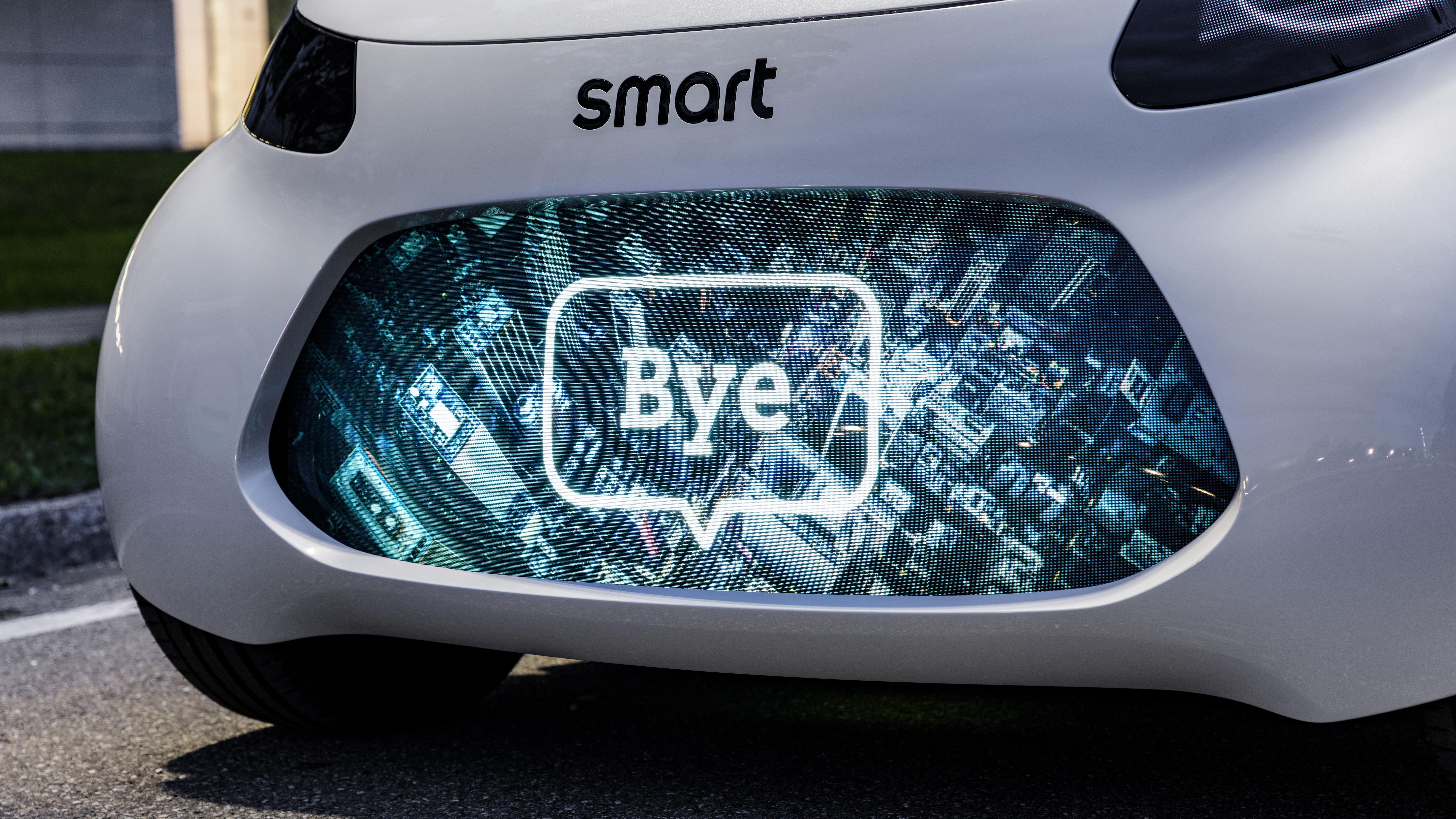 This is the Smart Vision EQ Fortwo, and it is the first car in Daimler's mighty empire to completely do without a steering wheel or any pedals. Welcome, to a rather scary, wipe-clean future.

The reason for a lack of anything to actually, y'know, direct the car manually, comes from its brief. Smart describes it thusly: “A new vision of urban mobility and individualised, highly flexible, totally efficient local public transport.” It's a self-driving electric city car that ride shares, then.

The Vision EQ is the smallest car to come under Merc's EQ umbrella, and is a response to the latest trend of car-sharing (particularly popular in big US cities like LA); latest studies show that users of car share schemes globally will quintuple between now and 2025 to 36.7 million.

So, the car. It's a smidge longer, wider and shorter than your regular Smart Fortwo coupe, and features an all-electric drivetrain with a 30kWh lithium-ion battery on board, able to charge inductively. Inside you get a 24in display instead of a dashboard and, slightly disturbingly, an “easy to clean” leather bench seat (it is a shared car, after all). Outside, the vehicle's colours can be adapted to what the user fancies at that point in time, while the doors pivot "wing-like" over the rear axle. Makes getting in and out of the thing a bit easier, and reduces the chances of colliding with cyclists and other humans.

Now for the autonomous bit. The tech uses something called "swarm intelligence" to find the user as opposed to the other way around - it will probably already be nearby, we're told, making trekking to a hire car point is redundant. "The interconnected vehicles are always on the road," Smart says. The cars can be summoned using a phone, and have a 44in panel at the front that lets the person know it’s the car they requested. Once inside, the level of technology takes off into the stratosphere; those that want to can use a 1+1 sharing function to pair them with other potential passengers on a similar route to themselves, and the interior screen will show any corresponding interests between both users. "The extra time gained as a result of travelling in an autonomous vehicle can be used to chat and interact," explains Smart. Who knows, maybe in the future it'll be the next Tinder. Or maybe not.

When not in use by actual humans, we're told the little Smart pupster will scurry itself off to the nearest charging station. Aww.

Smart boss Annette Winkler says: "It is the most radical car sharing concept car of all: fully autonomous, with maximum communication capabilities, friendly, comprehensively personalisable and, of course, electric.

"With the smart vision EQ Fortwo, we are giving a face to the themes with which Mercedes-Benz Cars describes the vision of future mobility within the CASE strategy," she adds. CASE, if you want to know, stands for 'Connected', 'Autonomous', 'Shared and Services', and 'Electric'.

"The Smart Vision EQ Fortwo embodies the urban luxury of the future," Daimler's design boss Gordon Wagener adds. "It is a radical approach with a cool and minimalist design."

It certainly looks cute, but just how on board are you lot with the idea of a fully-autonomous, electric city car that ride-shares? Dive in below...