This is the 700bhp Ford Mustang Shelby GT500 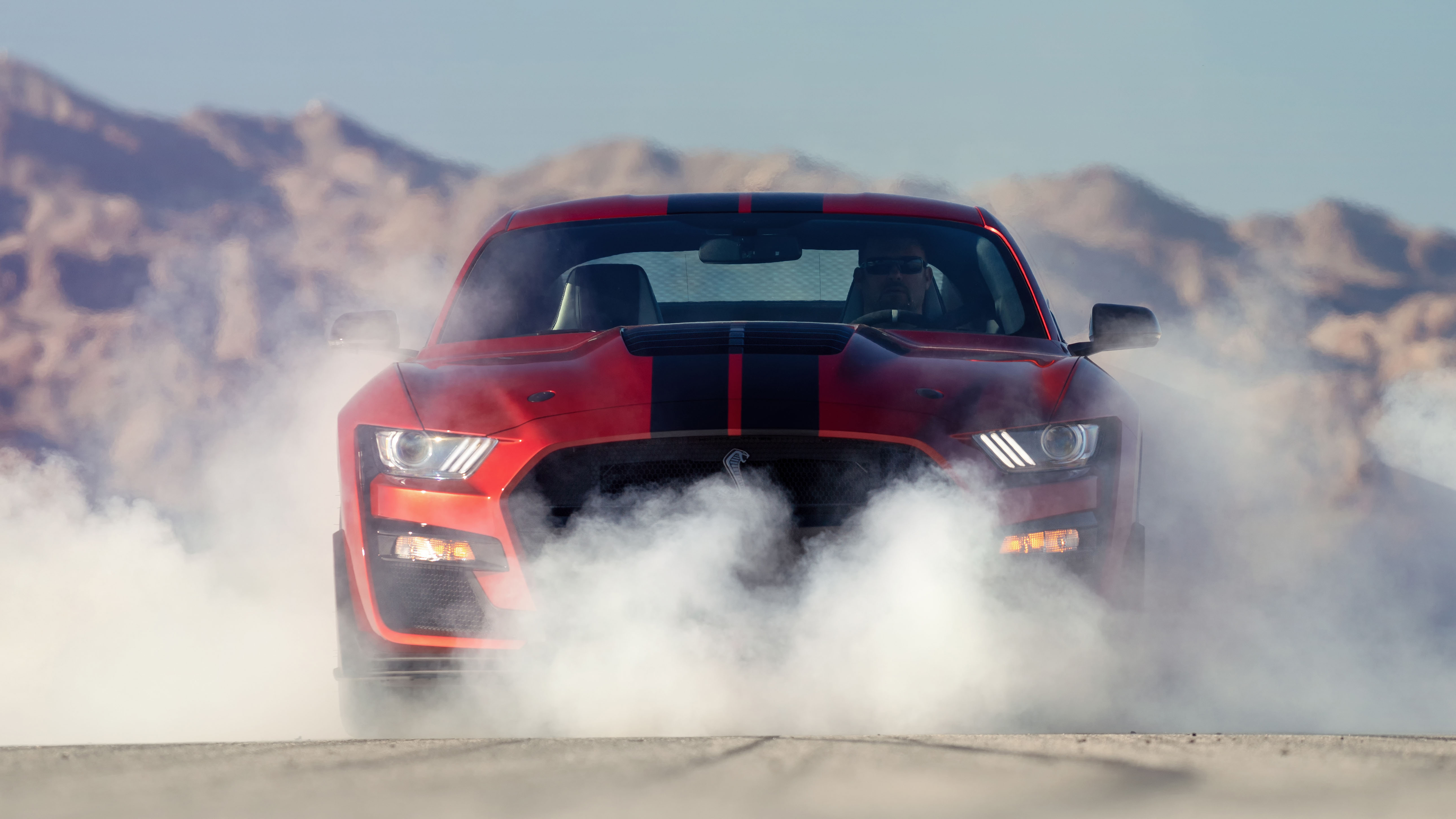 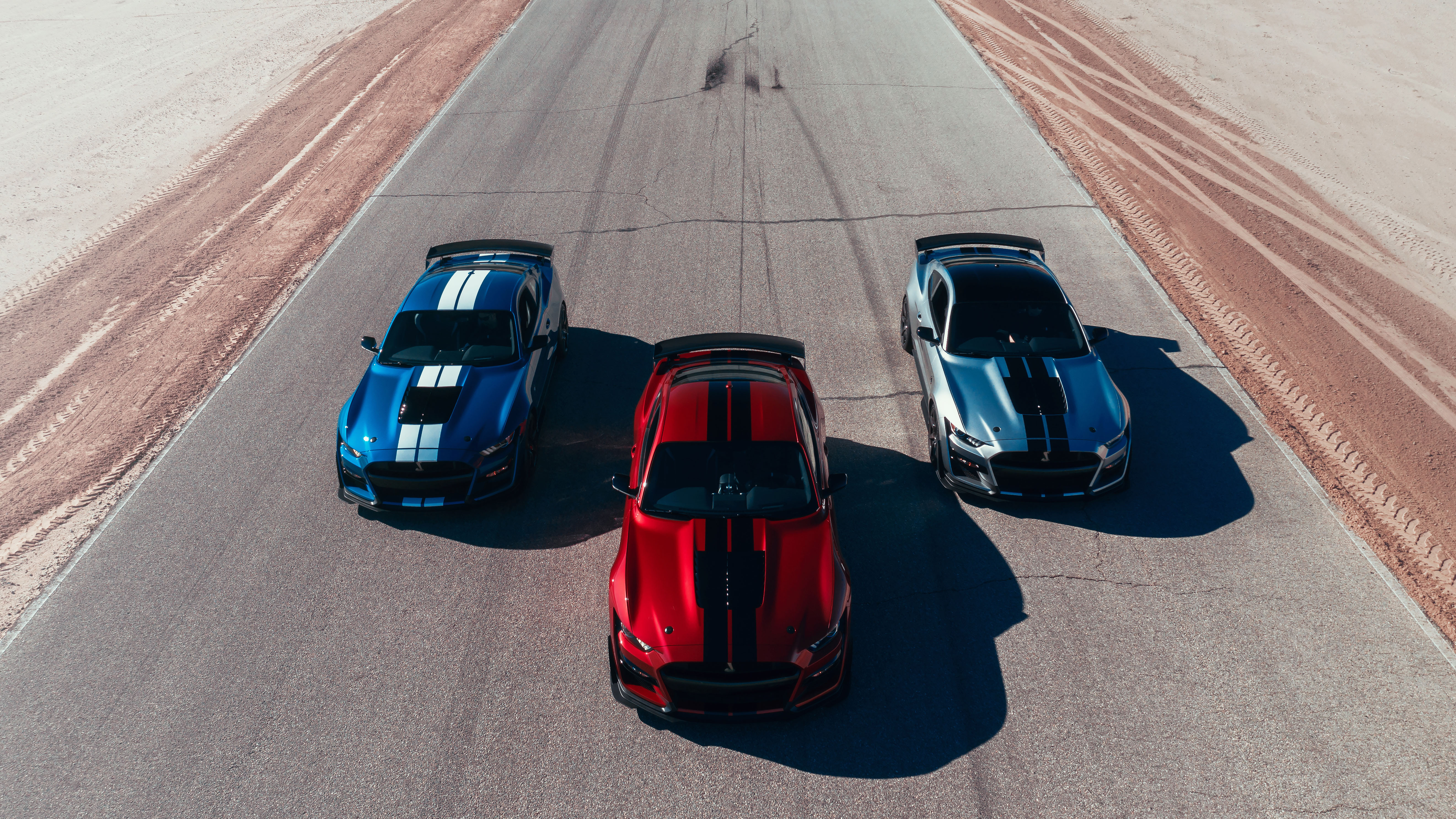 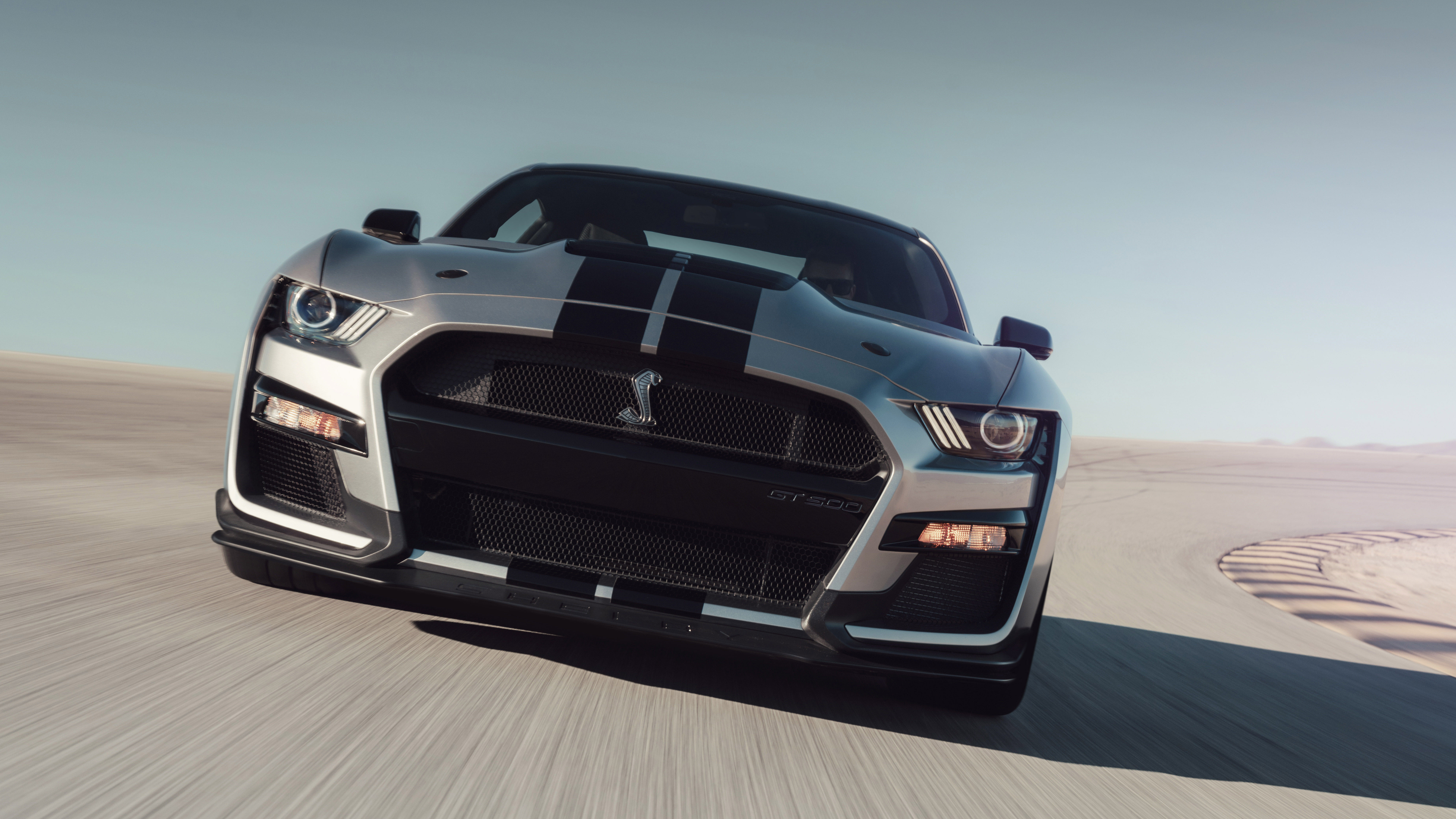 That’s backed up by Ford’s bullish claim that “the new Shelby GT500 will surprise supercar owners with its Ford Performance racing tech, supercharged engine and visceral swagger". Sounds punchy, until you look at the spec and discover the Shelby is every inch the musclebound supercar botherer.

Behind the slightly Audi-esque megagrille (supposedly inspired by modern stealth fighter jets), there's a 5.2-litre supercharged V8 engine. It develops ‘a projected 700 horsepower’ and promises 0-60mph in the mid-3sec range, and quarter mile times below 11 seconds. Stopping it after the finish line, the largest brake rotors ever fitted to an American sports coupe.

The upgrades for the new GT500, which goes on sale this autumn, are pretty mouth-watering across the board. The all-aluminium engine is hand-built, with forged conrods. In a purist-upsetting move to improve drag and lap times, there’s a seven-speed dual-clutch gearbox good for 100milisecond shifts. It’s not the same transmission as the Ford GT supercar, but its fine-tuning is related to the GT’s. You get Normal, Weather, Sort, Track and Drag modes, and yes, it’ll do a line-lock burnout. 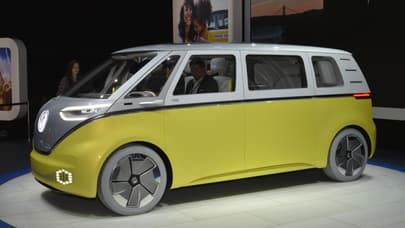 Volkswagen: this is "most realistic" Microbus concept yet

Power is sent to the bespoke Michelin tyred rear wheels via a carbonfibre driveshaft. Ford describes the next-gen magnetic dampers as ‘baked-in’ (no, us neither) but we are promised the highest ever lateral acceleration for a Mustang. We’d expect nothing less.

Helping harvest those pesky G-forces is a GT4 racecar spec aero package, complete with an adjustable rear wing. Spec the carbonfibre pack and it comes in the glossy weave finish. So does the splitter. And the wheels. Meanwhile, the rear seats are replaced with fresh air.

There’s more hardcore stuff, like a removeable rain-catching tray under the massive bonnet vent. If you live somewhere rather warmer and drier than the Top Gear office, you can ditch the rain guard and help your cooling. The giant holes in the car’s face help it achieve 50 per cent better cooling than the Shelby GT350 too. So, that 700bhp motor ought to sustain repeated abuse on track.

But, if you want to pose, then Ford’s got you covered. You can have electrically adjustable seats instead of lighter buckets if you’re a bit of a wuss. Ford offers a 12-speaker B&O hi-fi as well.

We shouldn’t mock – the whole point of a Shelby Mustang is to be a blue-collar, working class hero, sticking it to the supercar aristocracy with brawn and stripes. A giant-killer, or takedown artist, if you will. Looks like mission accomplished, no?