TG chats with the men behind the VLF Force 1 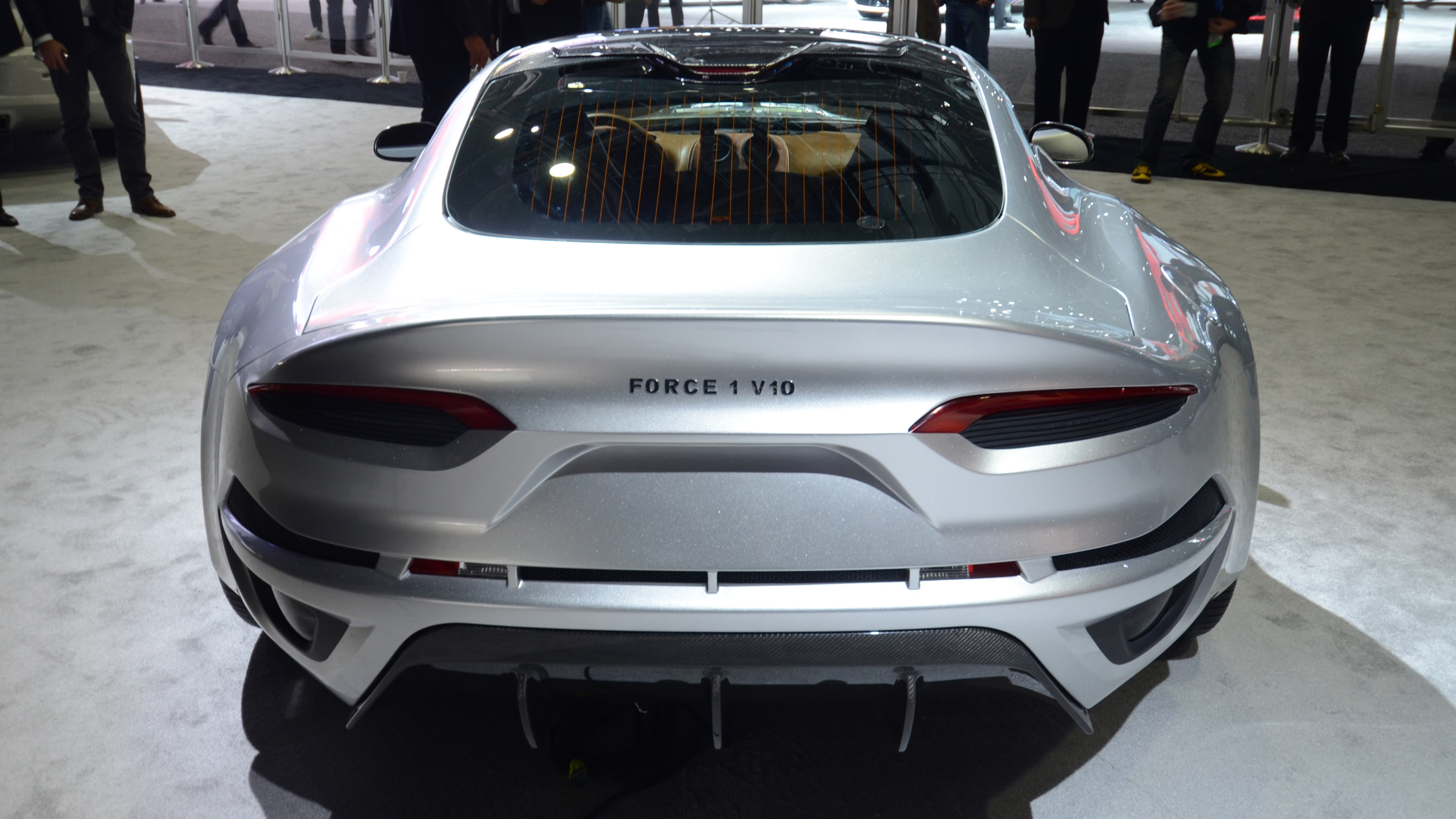 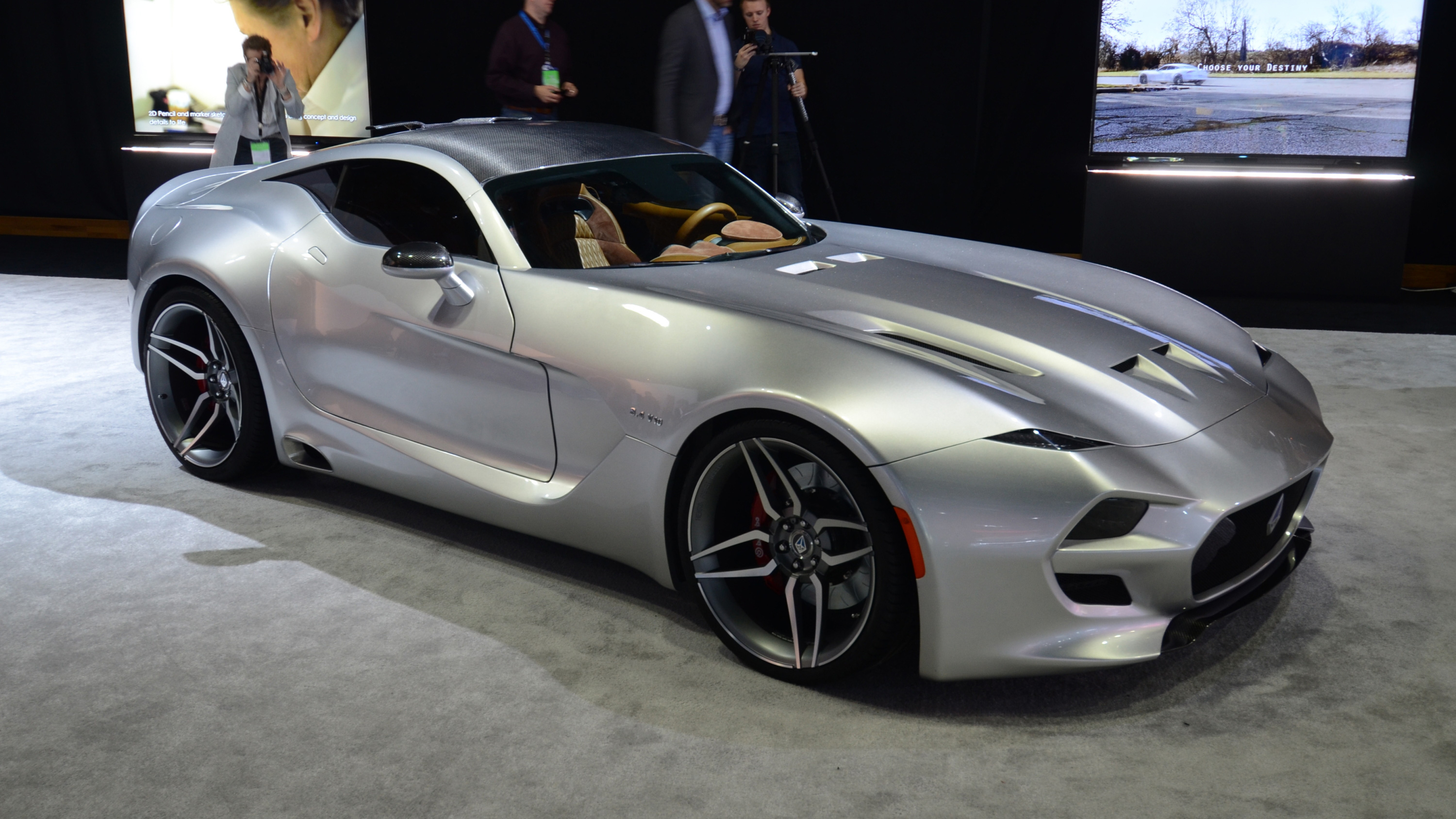 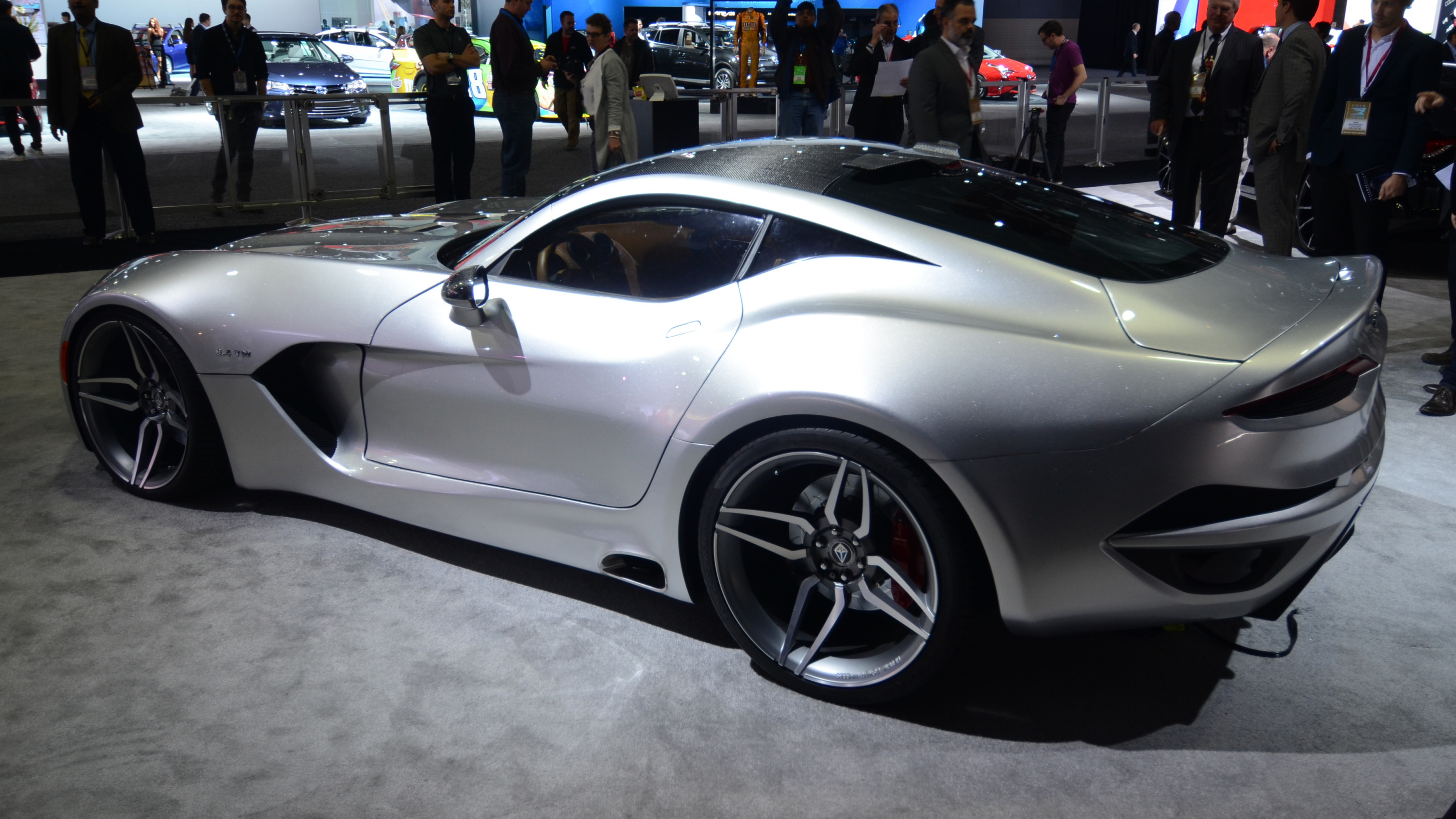 The men behind a new Viper-based, carbon-bodied, 745bhp supercar are two legends of the car industry. Lutz, a straight-talking ex-Marine, served as vice-president of GM until 2010, while Fisker is the hand behind design icons like the BMW Z8 and Aston Martin DB9. We cornered them in Detroit…

TopGear: You already sell the Fisker-Karma based Destino V8, what’s the idea behind the Force One?

Henrik Fisker: The Force 1 is obviously the sports car in the family, and really aggressive. We tried to strike something between a race car and a luxury car. The interior's very luxurious, but because of the active suspension, you can actually adjust the ride so it’s useable.

Bob Lutz: The interior is spectacular, just wait until you see this very frosty, high metallic content silver with this pumpkin pie coloured interior. It's just dynamite. And you try telling me it looks like an Aston-Martin. 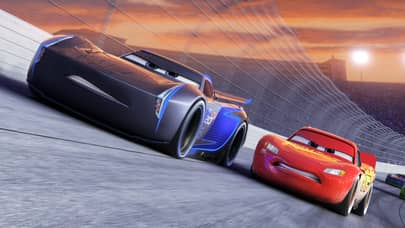 Cars 3: all the details of Pixar's latest film

TG: After championing plug-in hybrids with the Karma, isn’t selling V8 and V10 super cars a bit of a contradiction?

HF: I always say it's great to eat salad, but I don't want to eat salad every day, I like to have a steak as well. Electric cars, plug in hybrids, hybrids, diesels, and supercars are all part of the car industry, and if I have a choice, which I do, I love working with cars that have a lot of power, that are luxurious and sporty.

TG: So what other models can we expect from you in the future?

HF: Within the next 12-16 months, we will have a new body on the Destino. Or at least, have a very modified one.

BL: If there's one thing between Henrik, Gilbert, and myself, we have fifteen times the ideas that we can actually execute. We actually have a rule. We are only allowed to talk about our ideas on Saturdays. We have to put them in a special box, not to mix them into our daily work.

HF: I just had an idea. What about, for instance, a four-door convertible? Nobody's done that. The Karma platform is definitely stiff enough…

TG: It must be refreshing having such a small, nimble team?

BL: Sure. We were talking about who was going to say what at tomorrow's press conference, it took five minutes. We locked it up, decided that it was right. What we did would have taken a corporate PR staff of probably 20 or 30 people.

HF: With experience and a certain basic intelligence, which I think all 3 of us have, it is unbelievable how many steps you can skip.

TG: Is this the return of the old coach-building tradition?

HF: Sort of, but these cars actually have their own VIN number. It is a VLF Destino or VLF Force 1. Our aim is to bring cars a little faster to market, change them more often. There is something to that. Also, making a luxury car company that’s sustainable because that's one of the problems, everybody's chasing numbers. Because..

BL: Because they're investing too much. I mean, you look at Bentley. Bentley sales have been down catastrophically. That's because these kinds of cars have short shelf lives. You can't leave them untouched for 4-5 years, which Volkswagen did. We will never build a car that’s not based on somebody else’s basic components, that’s where you blow tens of millions of dollars for nothing.

TG: What sort of numbers are you looking at selling per year?

HF: We will be close to selling a hundred Destinos this year. That's all the cars we can get from the Chinese that now own the Fisker Karma... You can also convert Karmas, so if somebody wants to convert, we can do both. The Force 1, we are planning to do lower volumes, start with an initial run of 50, and of course, it's built on the Viper chassis. We start production of the Force 1 in April this year, and start the first deliveries in June.

BL: Predicting numbers is tricky, because if you say one and don’t hit it people think you’ve failed. I'll take an extreme case: 10 years from now, if all goes well, when I'm 94, we might be at a couple of thousand cars a year. We could be the size of McLaren, which looks huge, and we have no aspirations to do that. But, if natural growth takes us there, so be it.