After years of ignoring its past, time for Hyundai to indulge in some nostalgia 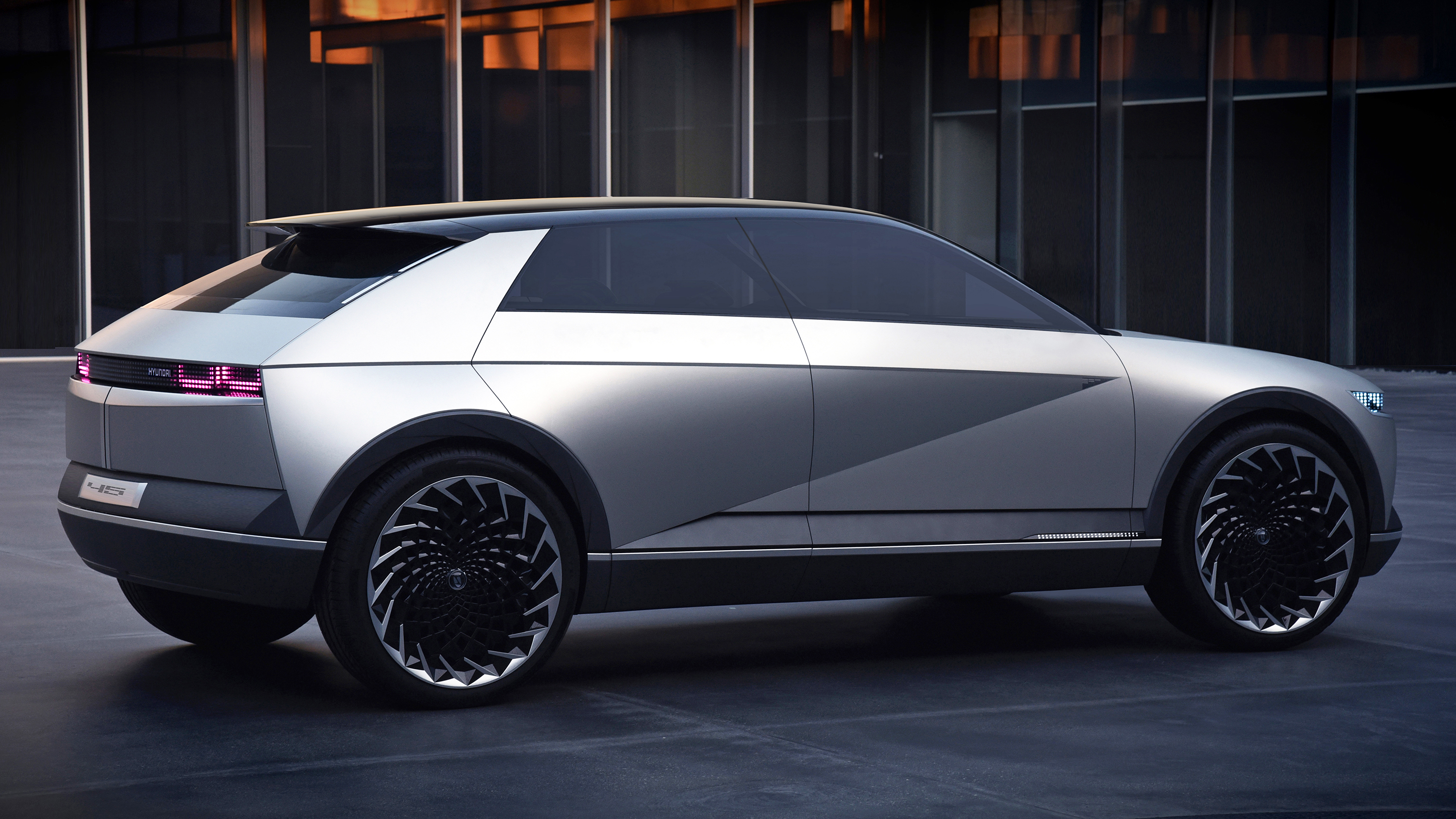 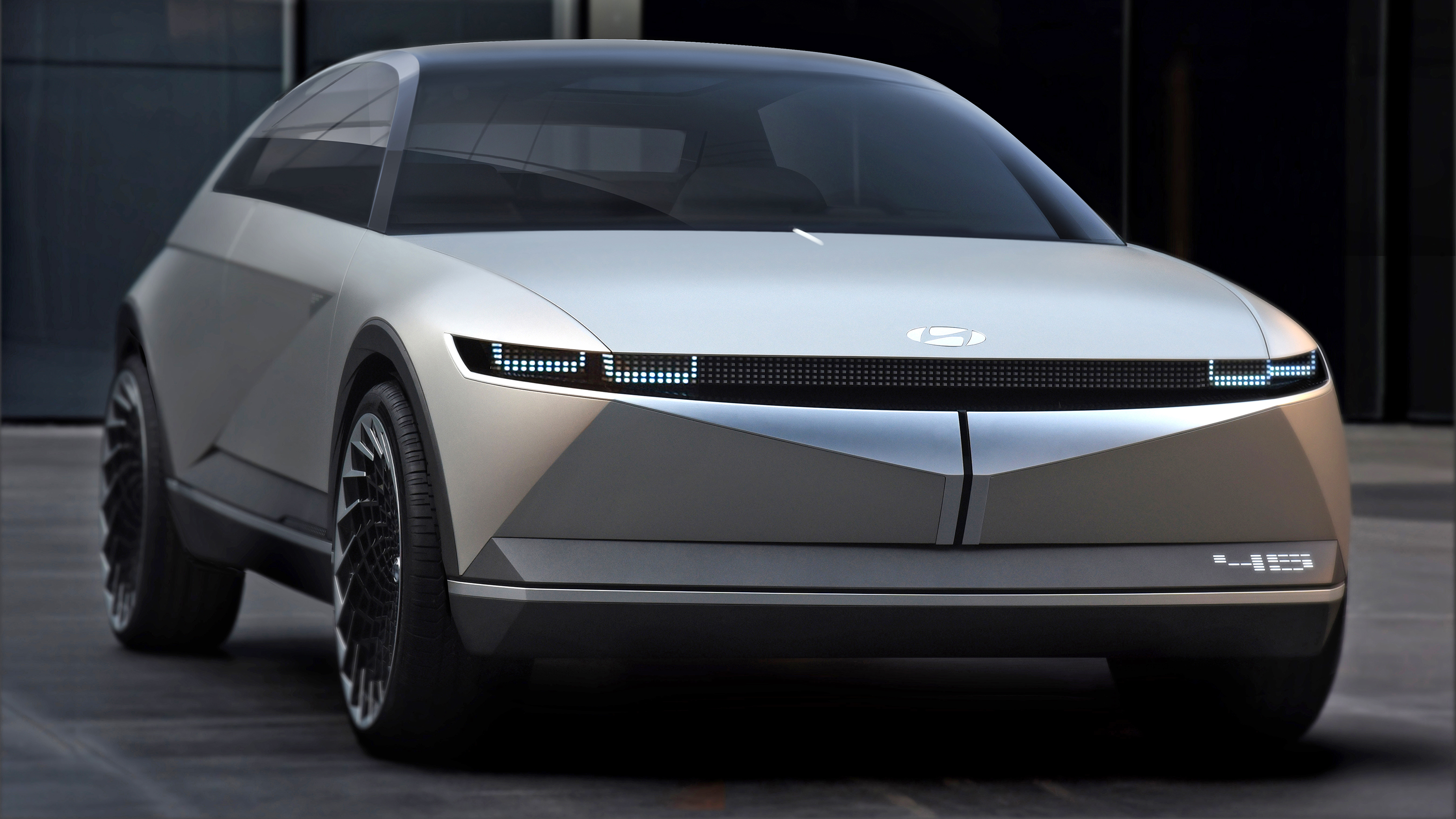 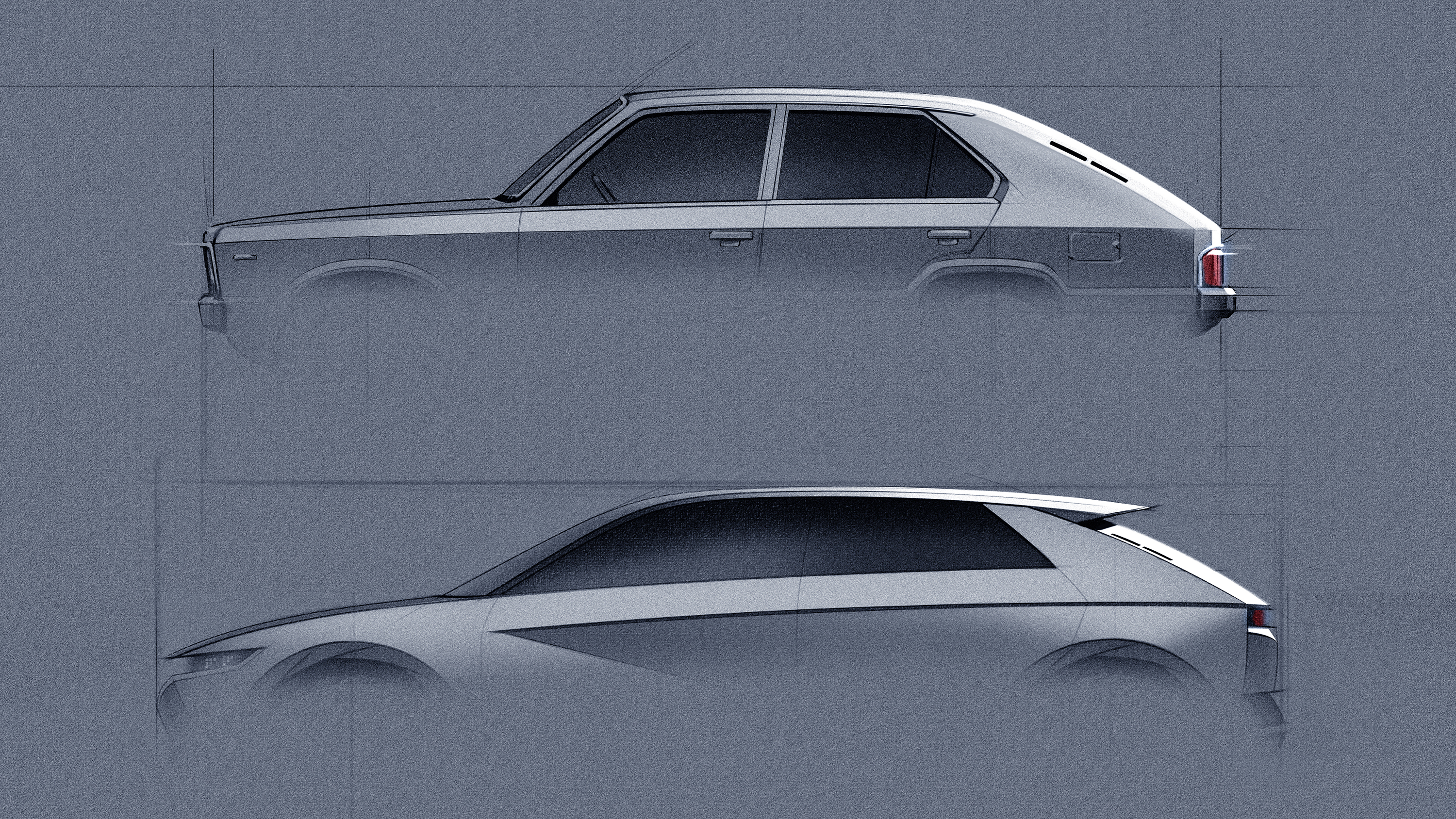 Imagine a list of all the current trends in concept cars. Electric powertrain. Autonomous capability. Retro styling. An interior that’s also a ‘living space’. Crossover ride height. Hyundai’s not messing around, ticking every single one off with just the one car, this 45 concept.

And doesn’t it look… good? The best-styled Hyundai ever you might wager, which makes it all the more incredible that it’s a homage to one of the company’s first ever cars, the Pony. After years of shunning its past to deliver increasingly competent cars that properly stick it to the established brands, Hyundai obviously now feels in a comfortable enough place to indulge in a bit of nostalgia.

“Taking a look to the past is essential for moving forward,” says design boss SangYup Lee, telling us the 45 draws inspiration from the 1974 Pony Coupe Concept, year dot for Hyundai design. "We had a 'nothing to lose' spirit back at the beginning which we want to rekindle."

That Pony's a car we’d forgive you for not knowing the existence of, but it’s a surprisingly handsome, Giugiaro-penned seventies wedge. Prime inspiration for a show-stopping retro concept, then. Not that Lee reckons it's retro. "The lines and the surfaces are inspired by the '74 car but we made it very different and fresh," he says. 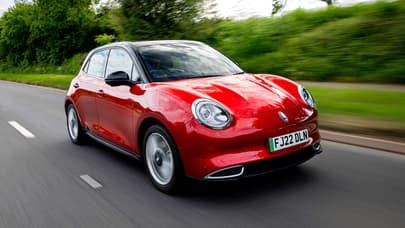 The name naturally refers to the 45 years that separate this concept from that Pony, but it also “owes itself in part to the 45-degree angles at the front and rear” which is the design direction we can expect from Hyundai’s fully electric cars. It makes a welcome change from the melted soap bar approach that Tesla and Nissan have adopted for theirs, with little bonus features like active aero fins that pop out along the edges of the back window.

Other clichés are ticked off, mind; cameras replace mirrors as part of a wider suite of autonomous driving-based tech, while the seats looked like they’ve been nicked from a fancy lounge.

There are no details about the powertrain itself, other than that – shock – the batteries are packed neatly in the floor, a la every other modern EV. Of the concept’s multitudinous lighting tricks, one involves a readout on the door to let you know how much battery life remains. Might be a way of alerting other road users as to why you’re crawling along at 56mph, desperately searching for a charging point.

It's all designed to make an EV far more appealing to someone who's new to electric, which is probably a good justification for the familiar air of its retro styling, too. It's something that clearly worked for the Honda e, which garnered a healthy rate of pre-orders. Lee says his car is "meaner and bigger" than the Honda, but equally production plausible. "Even the short overhang," he adds. "Being an EV we intentionally lengthened the wheelbase as it's better for battery storage."

This will be a unique design when it does make production, though, with the rest of Hyundai's EV range being styled differently. "We can really diversify our portfolio by specifically targeting every car at a specific customer profile," says Lee. "We want a real breadth of design, unlike the family look which you see perhaps with some German brands.

"Hyundai's always been known for value-for-money. Now we want to add emotional value to the car."

Reckon Hyundai’s onto a winner?