Just how inefficient can an EV be? | Top Gear
Advertisement
Electric

Just how inefficient can an EV be?

We hijack a hypermiling record attempt for a little science experiment 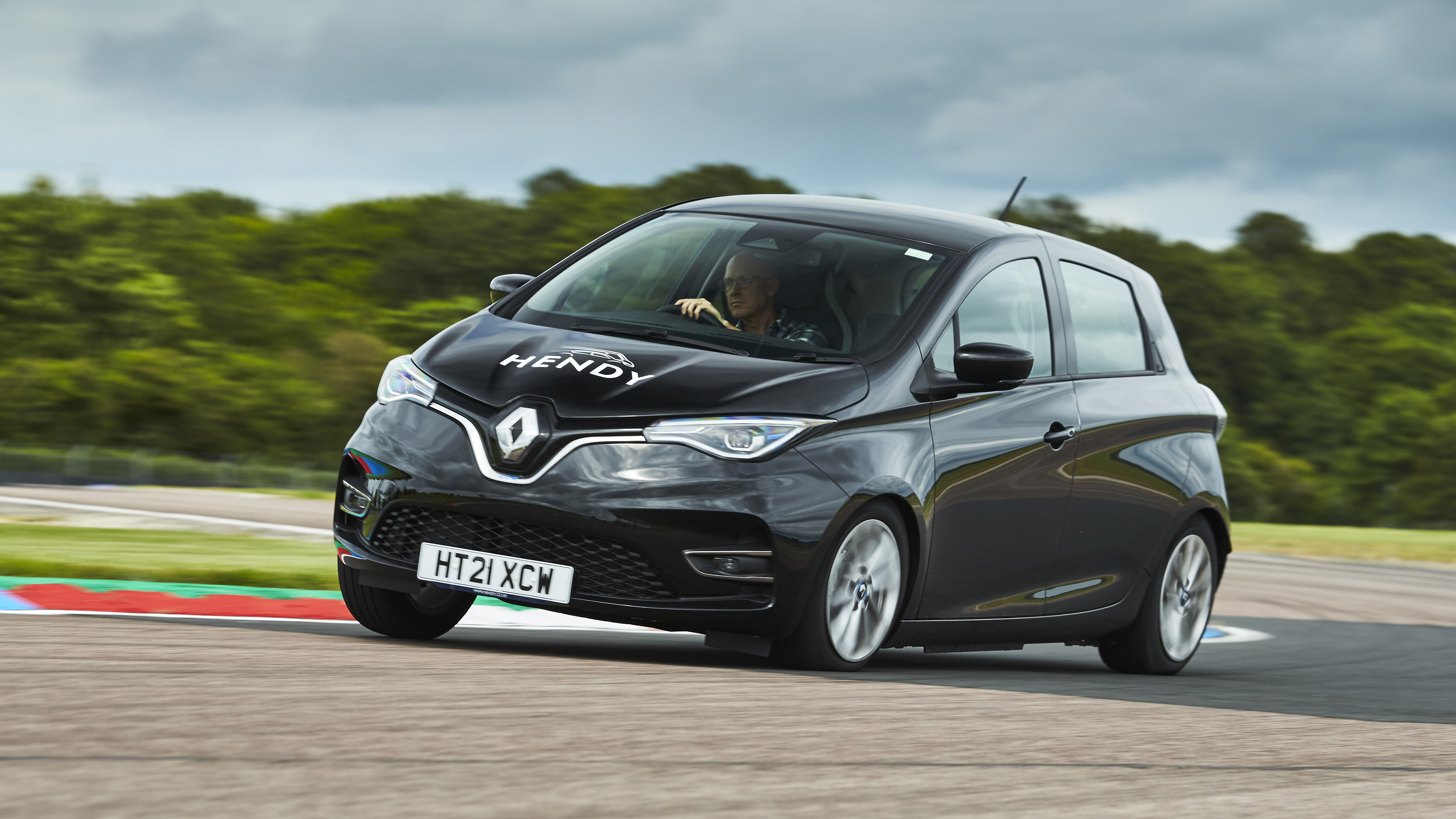 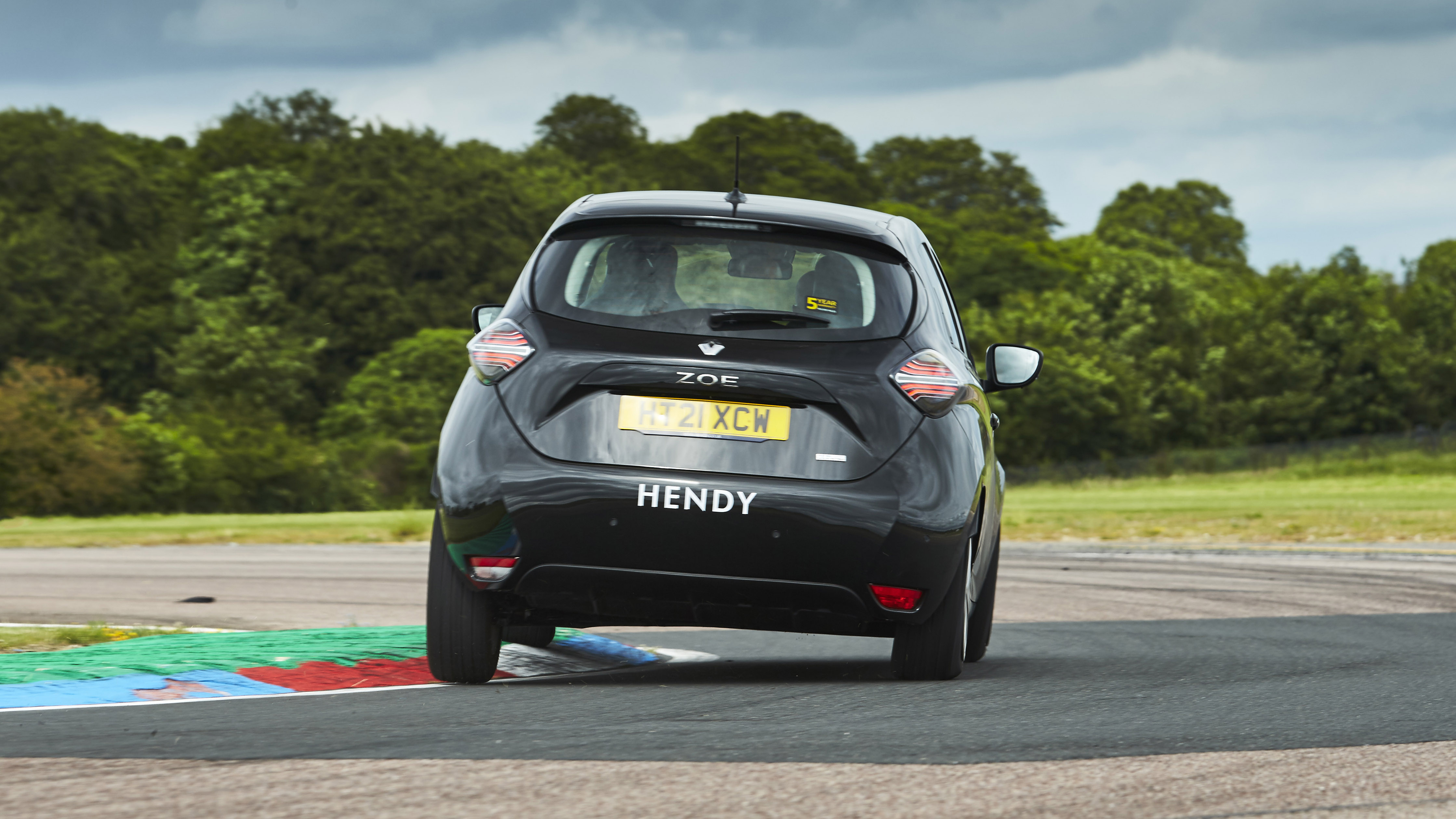 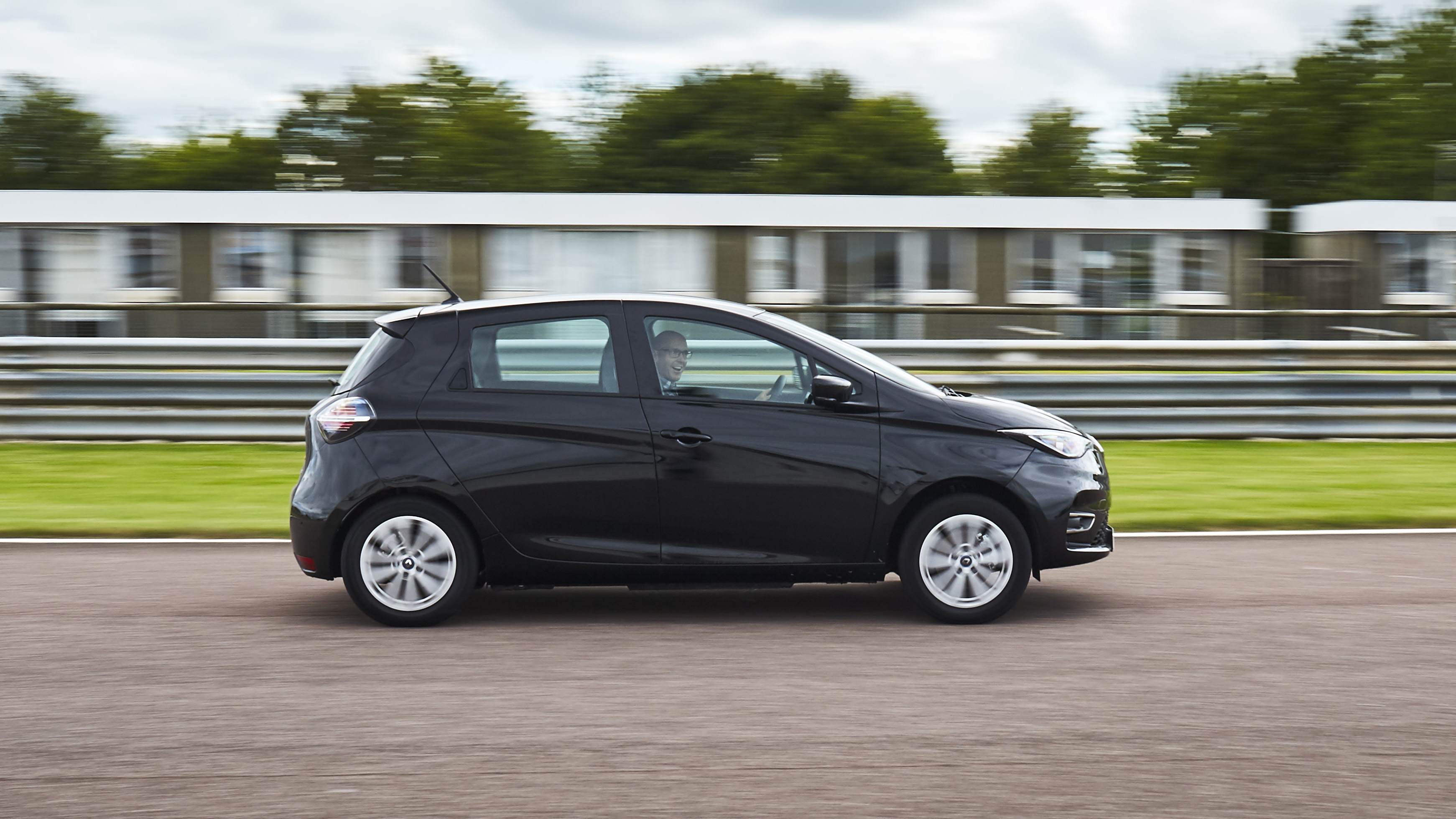 As you have hopefully already seen, a team of ex-forces drivers managed to persuade a Renault Zoe to almost double its claimed WLTP range, by driving around Thruxton racetrack in the UK very, very slowly for a very, very long time. Over 24 hours in fact, spread across two days (cool nights not being suitable for maximum battery efficiency).

Each lap of the 2.36 mile circuit took around seven minutes, and overall the lead car averaged an incredible 9.1 miles per kWh (mpkWh) overall. In testing, when the air temperature was 26 degrees, they saw 10.6mpkWh during one stint. If you drive an electric car you’ll know just how impressive that is. Drive normally in a Zoe and you’ll get between 4-5mpkWh (Renault claims 5.65mpkWh WLTP), so they basically made it twice as efficient and doubled the claimed range.

But what’s needed here is contrast. So after applauding the team for their achievement, the Zoe went on charge and then I had a go at finding out how inefficient you can make a Zoe if you use a racetrack in the way it was actually intended and do a flat-out lap.

And yes, even on a circuit as open and fast as Thruxton, a 108bhp Zoe with a claimed top speed of 84mph can go fast enough to give you some alarming moments. And register an indicated 90mph on the downhill run to Church corner.

The answer that spat out of the trip computer was 1.2mpkWh. And a lap time during my one-shot mission of 1min 55.67secs. Basically twice as long as Damon Hill’s 57sec lap record in a Williams FW15C, but three and a half times faster than an eco-lap. Also about 7.5 times less efficient. 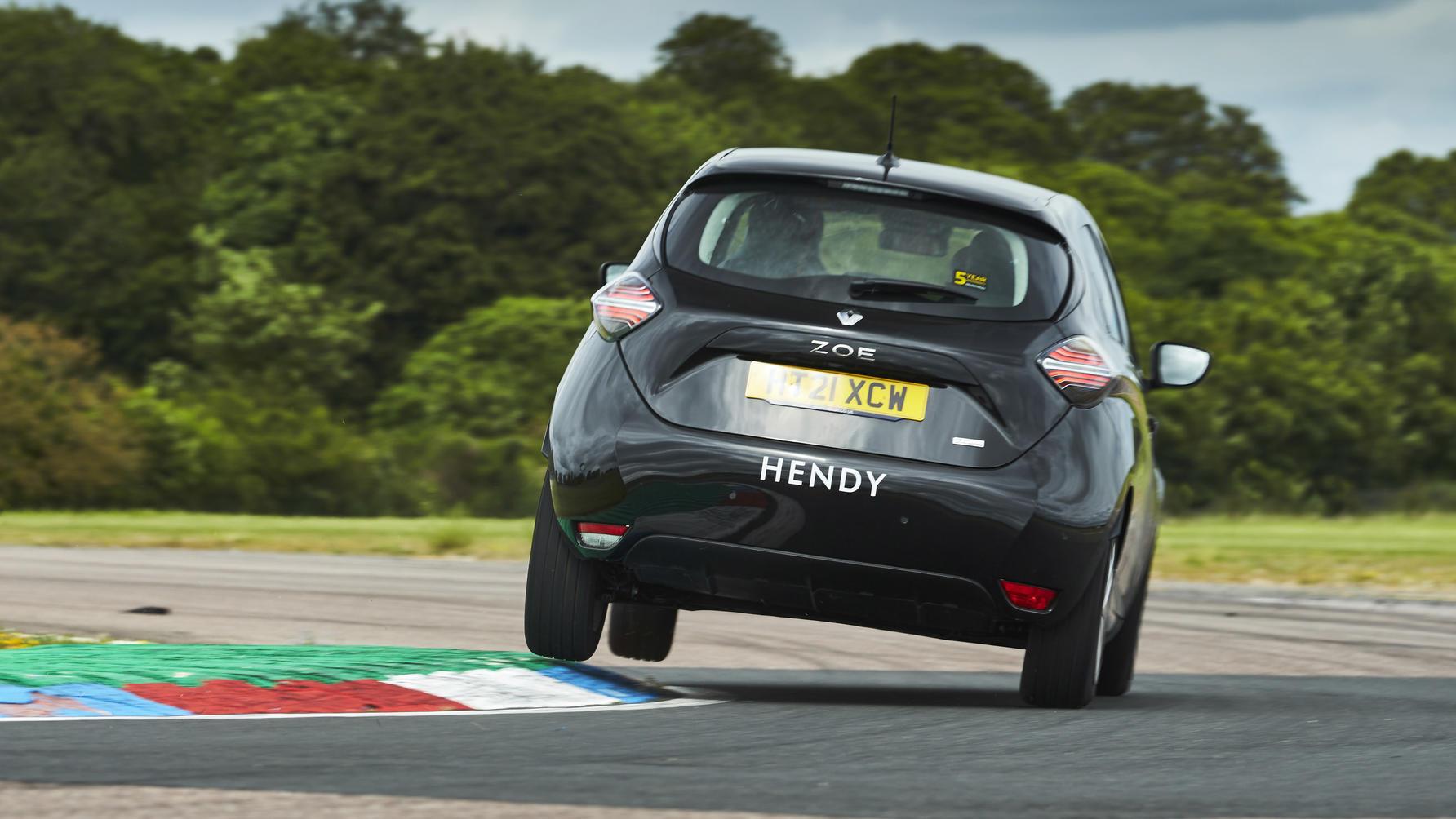 But I wasn’t done. I knew I could do better. Electric cars are very good at regenerating energy under braking – I think the figure usually bandied about is that 70 per cent of what’s used under acceleration can be harvested under braking. Provided you let the motors do all the work, and not the actual wheel brakes. On my fast lap I’d obviously been using the disc brakes, but I’d done a bit of feathering too, trimmed my lines and so on.

So how about I do another lap that was either maximum acceleration or braking? Nothing else. And for good measure every time it reached 80mph I braked it all the way back down to 20mph? In other words, drive with entirely binary inputs. It worked – just 0.8mpkWh this time round. Over ten times less efficient. Would have got through a full charge in under 50 miles. And, if I’d continued, had some very fiery brakes. As it was they were just lightly fiery.

Daft, but there’s a sort-of serious message here. On my cool down lap, cruising around at 50mph and not touching the brakes, I got 6mpkWh. Which is very good. Because regen is so efficient and effective in electric cars, it’s very possible to get good economy from them in day-to day use, you just need to be careful with how you drive. Getting good economy from an EV is no different to an ICE car – anticipate well ahead, use gentle inputs, don’t over-burden the tyres, maintain speed if possible, but where in petrol you need to avoid the brakes as much as possible, in an EV you also gain from slowing down. Not as much as you lose by speeding up, but not too far off.

Here endeth the lesson. Oh, and if you need some eco-driving done, don’t call TG.