Quicker than a Chiron? The latest on the Lotus Evija | Top Gear
Advertisement
Electric

Quicker than a Chiron? The latest on the Lotus Evija 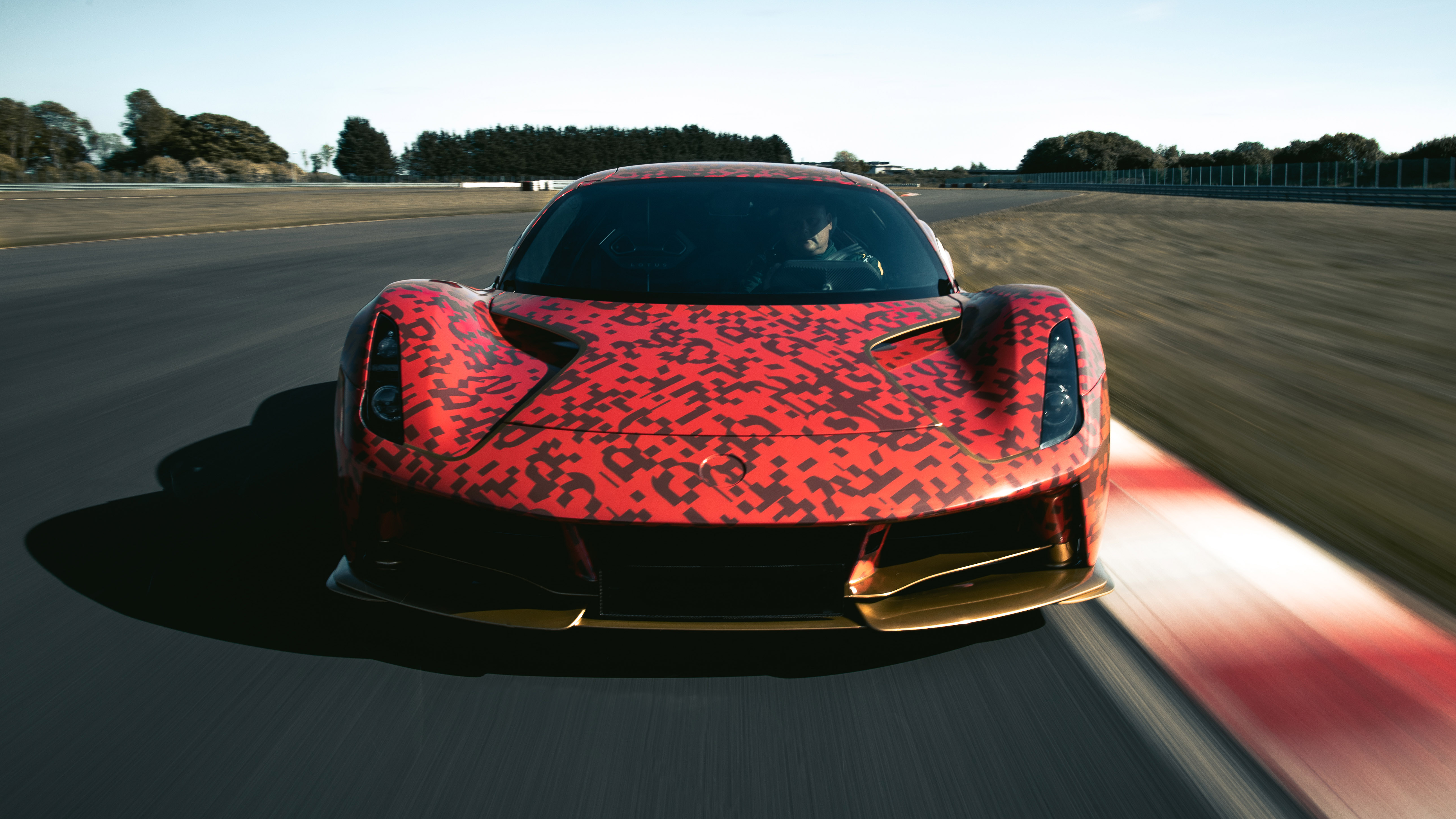 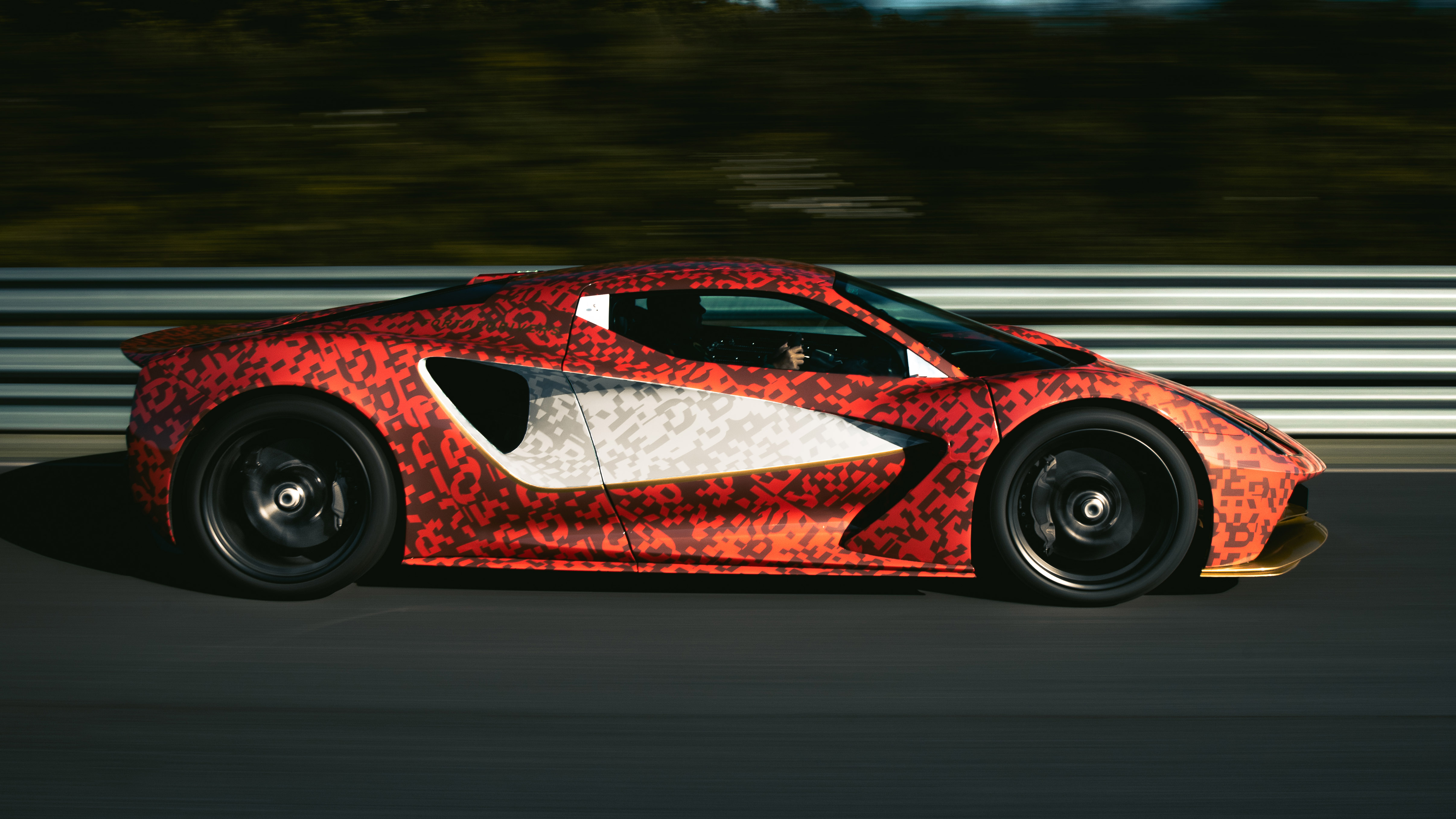 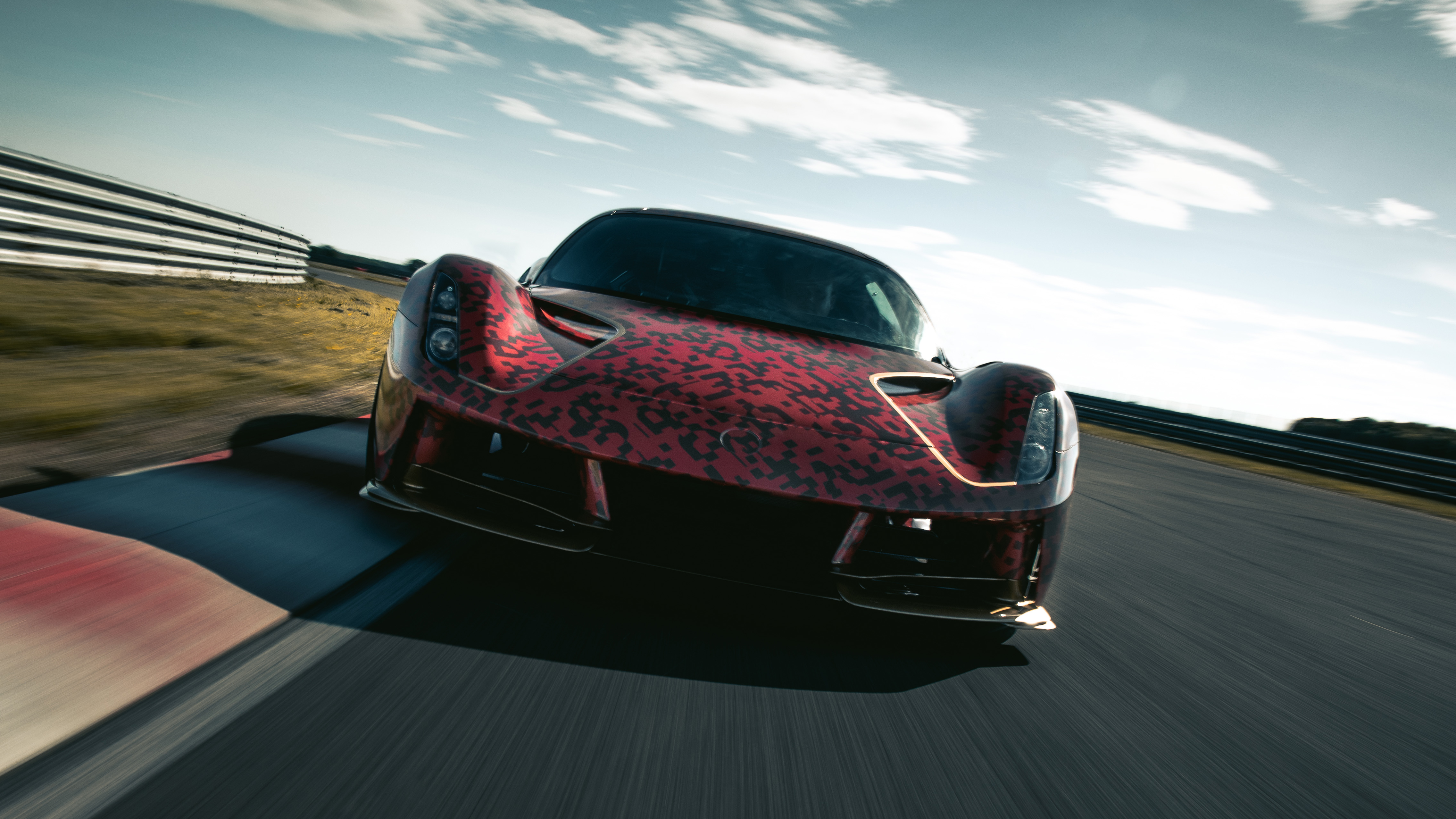 “When you’re cruising at 70-80mph and hit the throttle, it’s got more performance than it has from a standstill. The straights at Hethel become quite short.”

A lovely bit of understatement from Lotus’s Attributes Director (read: chief test driver) Gavan Kershaw, there. And more than that, confirmation that Evija prototypes are out and running – on course, quite possibly, to be the first 2000bhp electric hypercar to make it to owners, ahead of the Rimac C_Two, Tesla Roadster or Pininfarina Battista.

We’ll discuss that further in a bit, but first what’s all this about the Evija being faster accelerating above motorway speeds than it is from a standstill? If that’s true, it’s basically unheard of and takes the hypercar into new realms of performance. “We're a single-speed car”, says Kershaw, “and we put the performance in the envelope we wanted. So we’re not challenging the laws of physics, going below two seconds to 62mph, and then having a low top speed. We positioned the bandwidth of the motor to where we want the performance”.

So, 0-62mph? For Lotus, the game has moved on. Its claim of 0-124mph in under six seconds is ridiculous, but Ferrari’s SF90 (6.7secs) is in that ballpark, and it actually lags fractionally behind the Bugatti Chiron Pur Sport (5.9secs). But from there upwards nothing road legal can touch it. The Bugatti takes another 6.5secs to reach 186mph. The Evija gets there from 124mph in less than half that time. Three seconds flat to do 200-300kmh, nine seconds in total from 0-186mph. 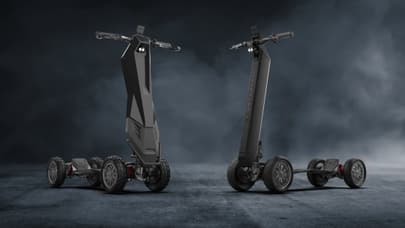 Apparently this is the world’s first ‘hyperscooter’

God knows where you’re going to use it, but Kershaw promises the experience is… memorable, “I’ve driven some of the Formula One cars - even the T125 with 1,000 horsepower-per-tonne - and they’re quite brutal. This has got such strength and growth – it’s a bit like going up the runway where you’re pushed back in your seat and held there. It's a lovely sensation.” This is because the torque delivery from the four e-motors is so progressive.

“If you think about an internal combustion engine, each explosive combustion is trying to sheer the tyre, but here the torque application is quite soft." And soundless, too. They’re working on a low speed noise to meet regulations, but for the time being “we're not screaming around Hethel, so I’m not getting umpteen phonecalls telling us to keep it down” says Kershaw.

Lotus expects the first of the 130 production cars to be with owners before the end of the year, and that despite the challenges they’ve faced during Covid-19. “We have four development cars, and two of them were in Germany and Italy testing before lockdown. We managed to get them back, recap the plan and be flexible and that’s allowed development to continue”, says Executive Director of Engineering Matt Windle.

Kershaw cites the driver display and menu system as something that they worked on through video conferencing, but the car is advanced enough that they really needed to be out driving it. That started happening again at Hethel from mid-May, working on the damping (in conjunction with Multimatic) and the set-up of the driving modes. “We’ve got our perfect scenario”, Kershaw tells me, “a push-rod system with a coil spring and a remote heave damper that can be decoupled to improve ride quality [such as] under downforce.” The dampers are adaptive depending on the drive mode, but aren’t active.

There are six driving modes – City, Range, Tour, Sport, Track and Off – selected via a dial on the steering wheel. Kershaw again: “We sort of joke they’re drive moods, so if you’re going a long way you'll have it in Range, where it’ll be actively tripping into two-wheel-drive systems to maximise that drive cycle. In Sport you're typically going to be driving quite briskly, but you're not a circuit so we'll control that. I hate cars where you have to be a chassis engineer before you drive anywhere, selecting this brake regen or this steering.”

But have you made it feel like a Lotus? “I think the thing that’ll do it is the 50-metre test, where you sit in it, the controls are in the right place and then the way that it just reacts to a throttle input or a brake pedal [is just right]. Does it do what I want when I turn the steering wheel? And the level of roll that we allow... there’s nothing worse than feeling on the edge and not quite knowing where the limit is. And then obviously you get to the straight bits and the scenery starts coming past you quite quickly…

“As well as that, we wanted the car to be really, really usable on the road. Although the cockpit is minimalist in feel, we didn't want it to feel like a racing car. And then for that to translate to the road, to have compliance, the ability to lift the nose, a suppleness in ride – probably 60 per cent of owners are going to use it around city centres and just doing nice journeys.”

The Evija is certainly heavy for a Lotus, but at 1680kg, it’s a similar weight to Ferrari’s SF90 and much lighter than the other EV hypercars. No Lotus miracles here – the battery is just smaller. The team aren’t releasing expected range figures yet, but asked whether 150 miles was in the right ballpark, Windle replied, “that's the area that we're looking at as a minimum. We want people to drive this car. We need to give them useful range. But then also people are going to want to see how it performs, and it needs to drive like a Lotus”.

This year’s production run is already sold out, and if it does get into the market significantly sooner than others (and perform as well as a Lotus should), the rest should follow. Although nothing is guaranteed given the economic downturn caused by Covid. Beyond that, there’s hope for the rest of us.

“Yes, the Evija is a standalone project, but as a technology and character statement there is definitely lots and lots of learning to be taken forward,” claims Kershaw. Windle goes further, “If you look at what Geely [Lotus’s owner] did at Volvo. They took over, but Volvo knew what it wanted to do. They just didn't have the cash to do it. And they've gone away and done it and they've kept it very Swedish.

"We feel the same at Lotus. We know our brand, we know our products, we know our customers, but we've got to also get the businesses profitable. So we need more market share, we need different products and we need more offerings. Evija is the start of that story. There’ll be much more to come in the very near future.”