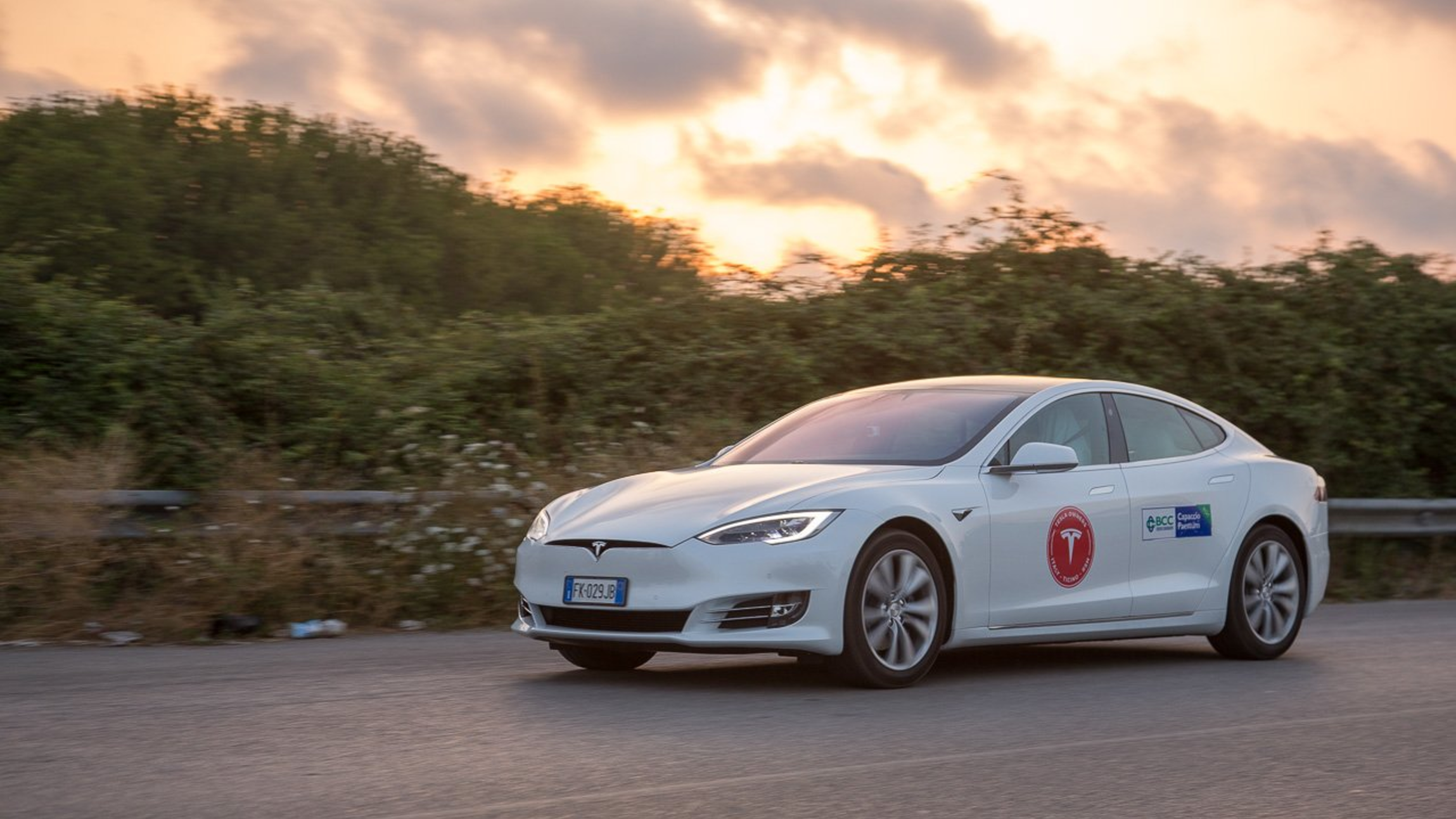 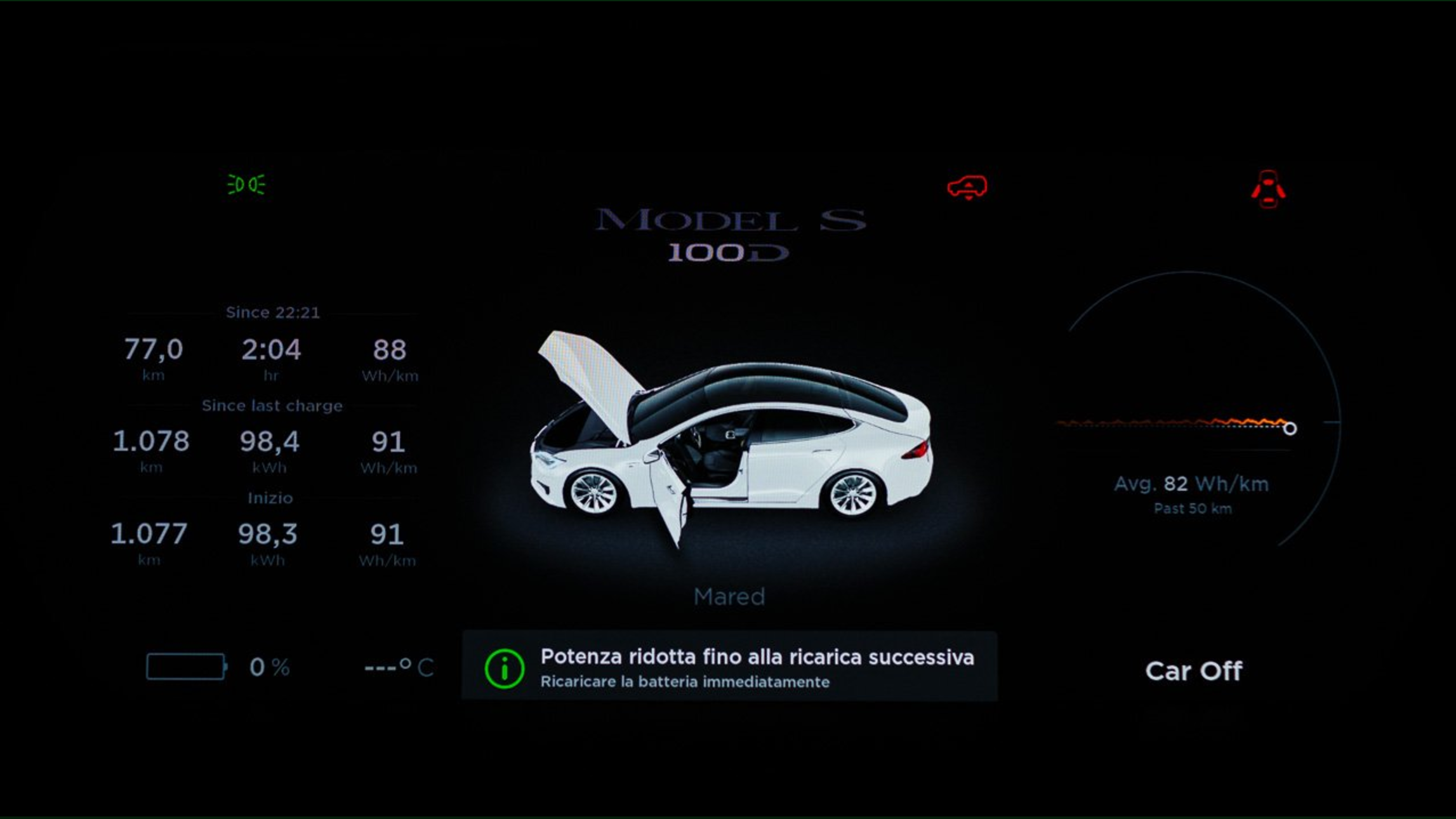 In case you haven’t noticed, electric cars – most prominently Tesla – have been gaining popular momentum at a rate that has to terrify anyone with a stake in BP, Shell or Esso. Whether it’s due to emissions scandals, populist government policies or a pendulum-like swing in public opinion, the electric car is, all of a sudden, looking like the golden child of our driving future.

Even one of the biggest reservations that consumers have about electric cars – range anxiety – has quietly subsided in the face of ever-increasing battery power density. As you may already know, the standard Tesla Model S 100D, on 19-inch wheels, has an official range of about 300 miles at 70mph, with the aircon running. And that’s a lot.

But it’s not as far as a group of Italian masochists have managed to wring from a very mildly modified Model S – 669.8 miles, or 1078km. Yep. It’s a lot more than you’d expect. It’s also a chuffing long way away from where you started.

The basic car in question is the Model S 100D, which is fitted with the largest battery pack available from Tesla, as well as one motor on each axle. But instead of the P100D’s ‘high-performance’ motor, the 100D makes do with a less powerful – and less energy-intensive – motor. So it’s as much juice as possible, without using the wilfully psychotic powertrain. But it’s still only capable of 300-odd miles – at least, officially.

So, you might be wondering, what did these intrepid Italians do to ensure their Tesla could do nearly 670 miles on a single charge? Well, not that much, as it turns out. But that certainly doesn’t mean that it was a pleasant trip.

For starters, they exchanged the rather grippy standard tyres for a set with low rolling resistance – i.e., less grip – and then set off at a blistering 25mph cruise. Yep, the average speed over their 27-hour journey was about the rate at which Queen Elizabeth’s Rolls-Royce swans up the Mall on the way to Westminster. And they did it, in August, with the aircon off and the windows up.

Now, some (kind of) science – the batteries in the Tesla work best at temperatures between 30ºC and 40ºC, which works in the Italians’ favour. Low rolling resistance tyres and switching the aircon off tilt the balance further. And driving at a speed that would enrage anyone who isn’t in a Skoda Fabia is enough to tip the 100D over the 1000km mark.

Also, you may have noticed that we keep saying “they”, not “he” or “she”. There were, and we’re not making this up, five Italians sharing one un-airconditioned cabin for 27 hours, in roughly the middle of the Italian summer. Hey – world records were never meant to be easy. Also, credit where it’s due for a 670-mile run while carrying the weight penalty of five passengers.

Why so many people? Well, it’s as simple as sharing the driving duties for perhaps the most painfully slow Italian car journey since the last time we tried to drive the Amalfi Coast in peak tourist season.

Mr Musk (also known as the last, best hope for humanity) sent his congratulations to the Tesla Owners Italia team via Twitter, noting their official record as the first to take a production electric car more than 1000km (620 miles) on a single charge.

Perhaps, when we all have electric saloons capable of 700 miles at 70mph with the aircon pumping and the stereo blasting, this’ll seem like a less worthy achievement. For now, though, let’s salute anyone willing to put in this amount of effort to allay our range anxiety.