Why yes, this is a new Sony electric SUV | Top Gear
Advertisement
Electric

Why yes, this is a new Sony electric SUV

Tech companies have tried – and failed – at building cars. Can Sony buck the trend? 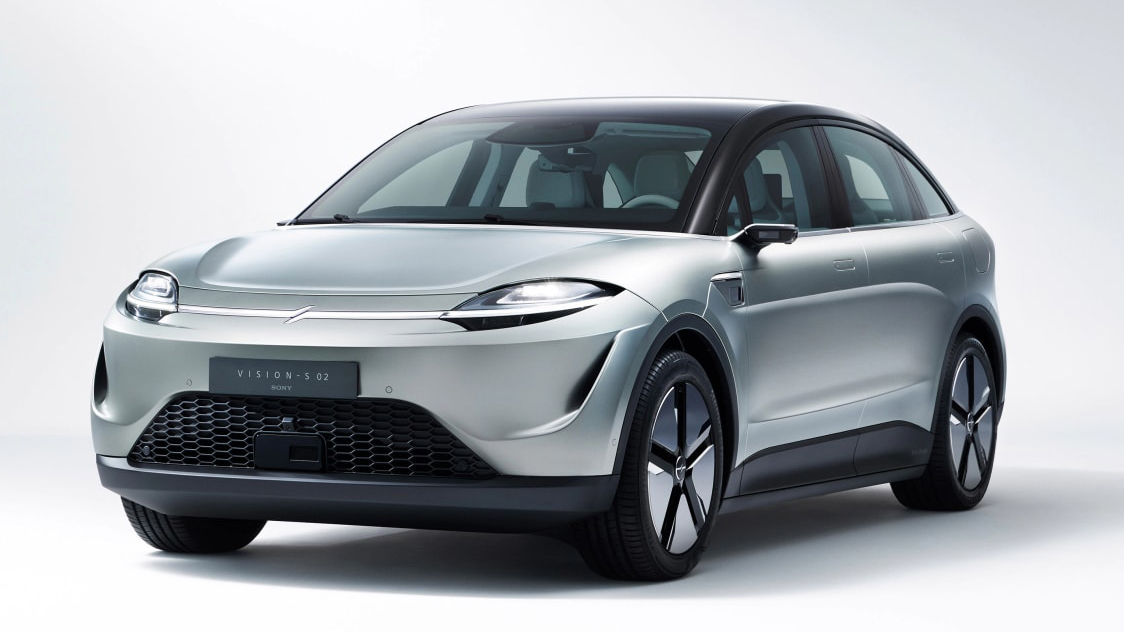 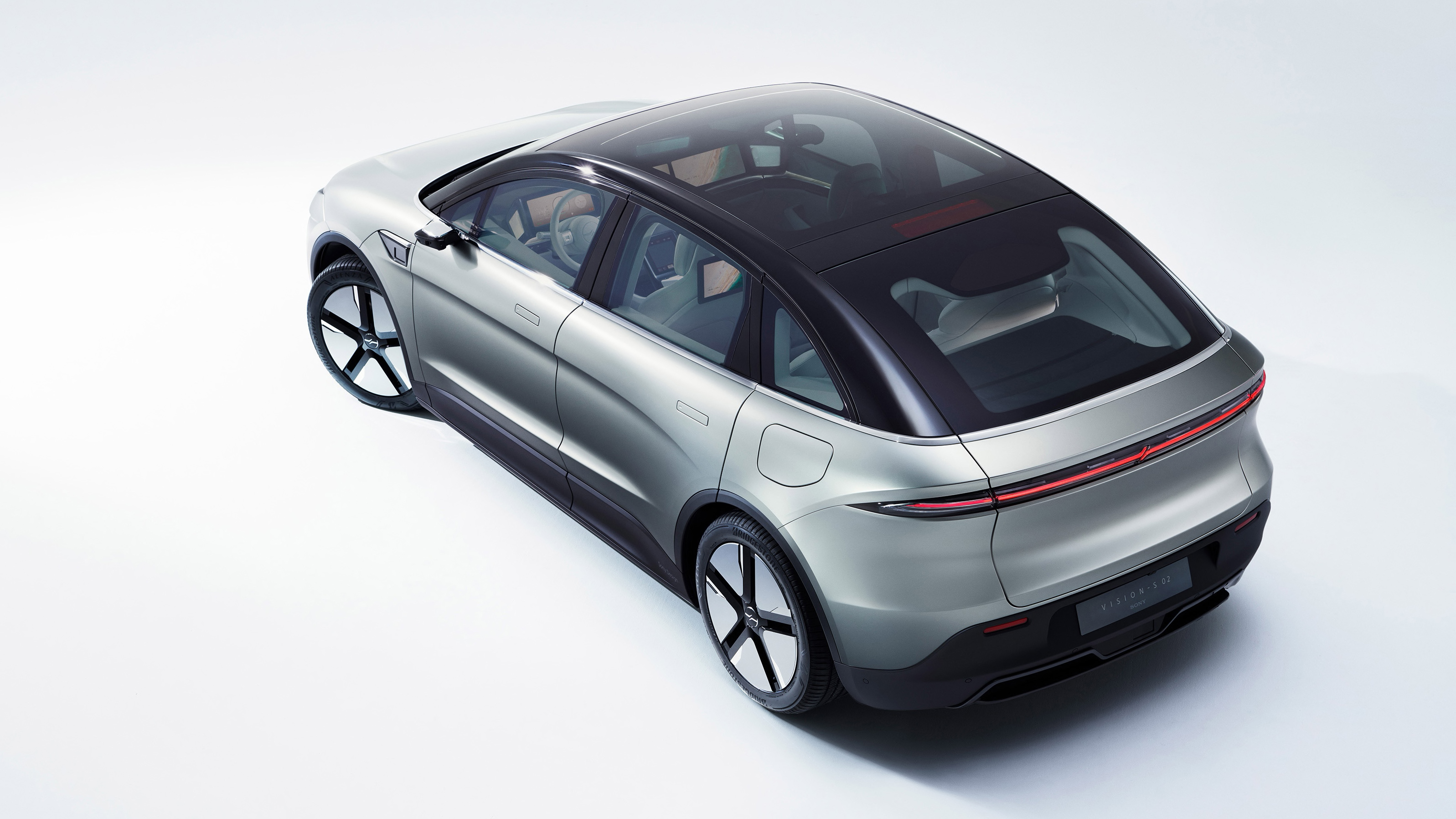 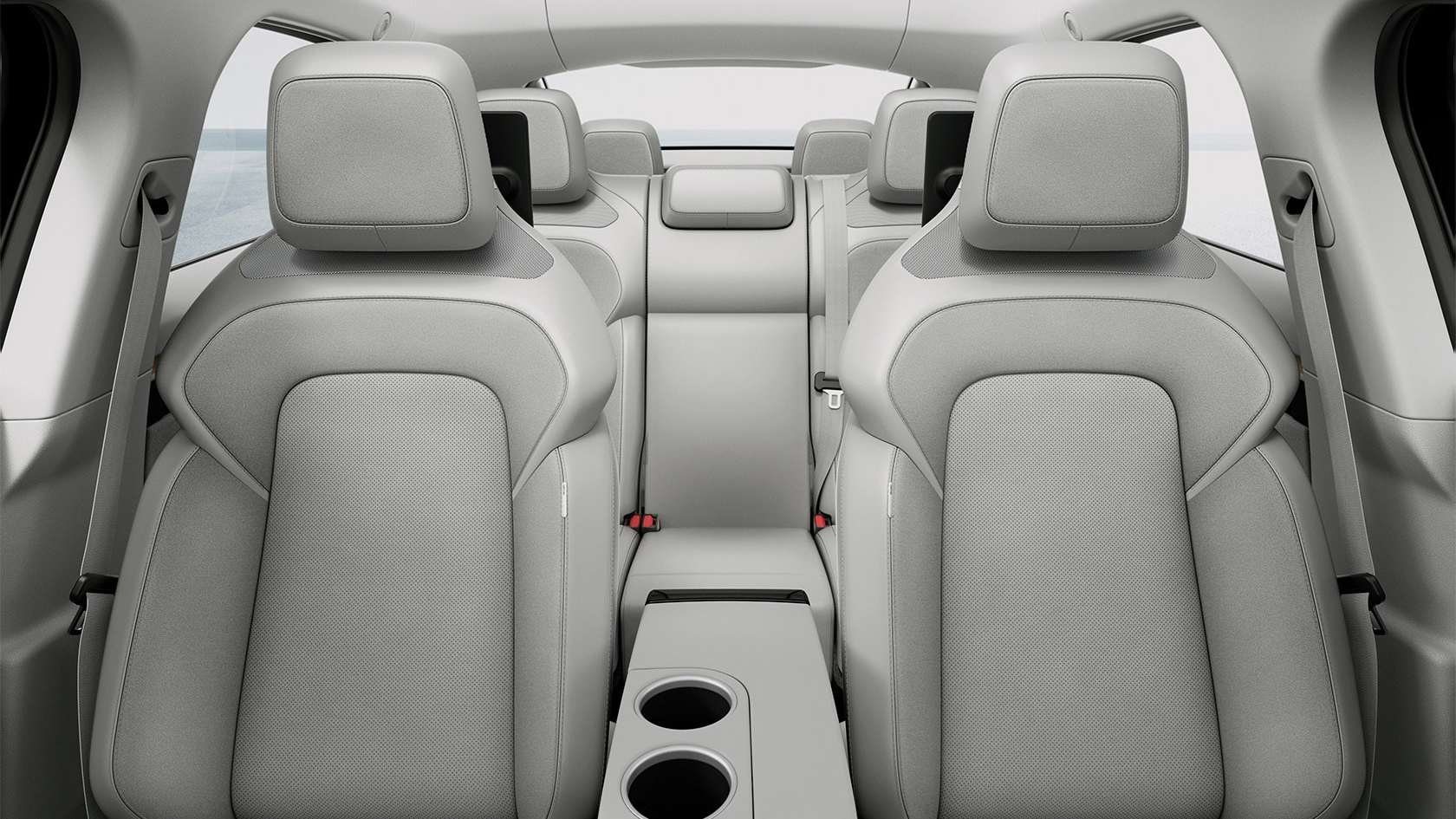 Welcome, friends, to a seven-seat electric SUV with 535bhp, all-wheel-drive and proper dual-wishbone suspension all round. So far, so 2022, right? Er, wrong. This one’s made by the same company that gave you the PlayStation.

Not content churning out TVs, cameras, laptops, phones, gaming consoles, headphones, stereos, feature films, studio albums, electric saloon car concepts and the kinds of electronic gizmos that prompt anyone over 30 to make Tim Allen noises (and, worse yet, get that reference), Sony is now, apparently, in the business of making SUVs...

Sony's car-shaped computer is called the Vision-S 02, and it’s packed to the gunwales with all the technology and buzzwords deemed necessary for something of its ilk – connectivity, mobility, experience and so on.

What you won’t see anywhere is a mention of autonomy, even though it’s covered in various sensors and will almost definitely have the capacity to drive itself in some fashion. Almost like autonomy’s become something of a dirty word...

Anywho, while the Vision-S 02 is very much a concept – as it really had to be, with a name like that. Sony’s creating an entirely new offshoot of the business called Sony Mobility Incorporated, with a view to “explore entry into the EV market.” What’s more, Sony’s Vision concept from two years ago – the one that was generally dismissed as a tech showcase – has been busy doing on-road testing. Clearly, the bods over in Tokyo have been toying with the idea of making cars for a few years now.

Of course, we’ve seen tech companies try to make the leap into mobility before, with the sort of results that keep investors awake at night. Sir James Dyson of hand-drier and vacuum-cleaner fame, a man so good at electrical engineering that he got a knighthood for it, binned his EV when he found out it’d have to cost a small fortune to be profitable.

Google took its name off its self-driving car project, and the little bespoke bubble car has given way to regular old things from Toyota and Chrysler. Apple mooted plans for cars years back; we got CarPlay instead.

And, unlike mistakes (and sandwiches, come to think of it) cars are hard to make. Think of the biggest and best names in the car-building business. Now think about how many of the best of the bunch only survived thanks to bailouts, buyouts, restructures, mergers, acquisitions and all the other sorts of things that make hedge fund bros priapic. Now consider the hundreds of car companies that fell by the wayside for even this fairly small group of manufacturers to make it this far.

Then again, Sony’s got perhaps as good a chance as any tech company to actually make a decent fist of this whole car-building lark. Unlike a great many tech companies, it makes consistent and considerable profits. It has a hand in pretty much everything tech-related, and even has an interest in what someone who gets their teeth whitened would call ‘financial solutions’, or loans to the rest of us.

So it’s not beyond the pale to imagine Sony investing in cars, building a whole range and even offering well-priced leases on them. Which all sounds lovely.

But if they go to all that trouble, start an entire car company from scratch and make it where so many have failed, they’d better build a car called the Gran Turismo...