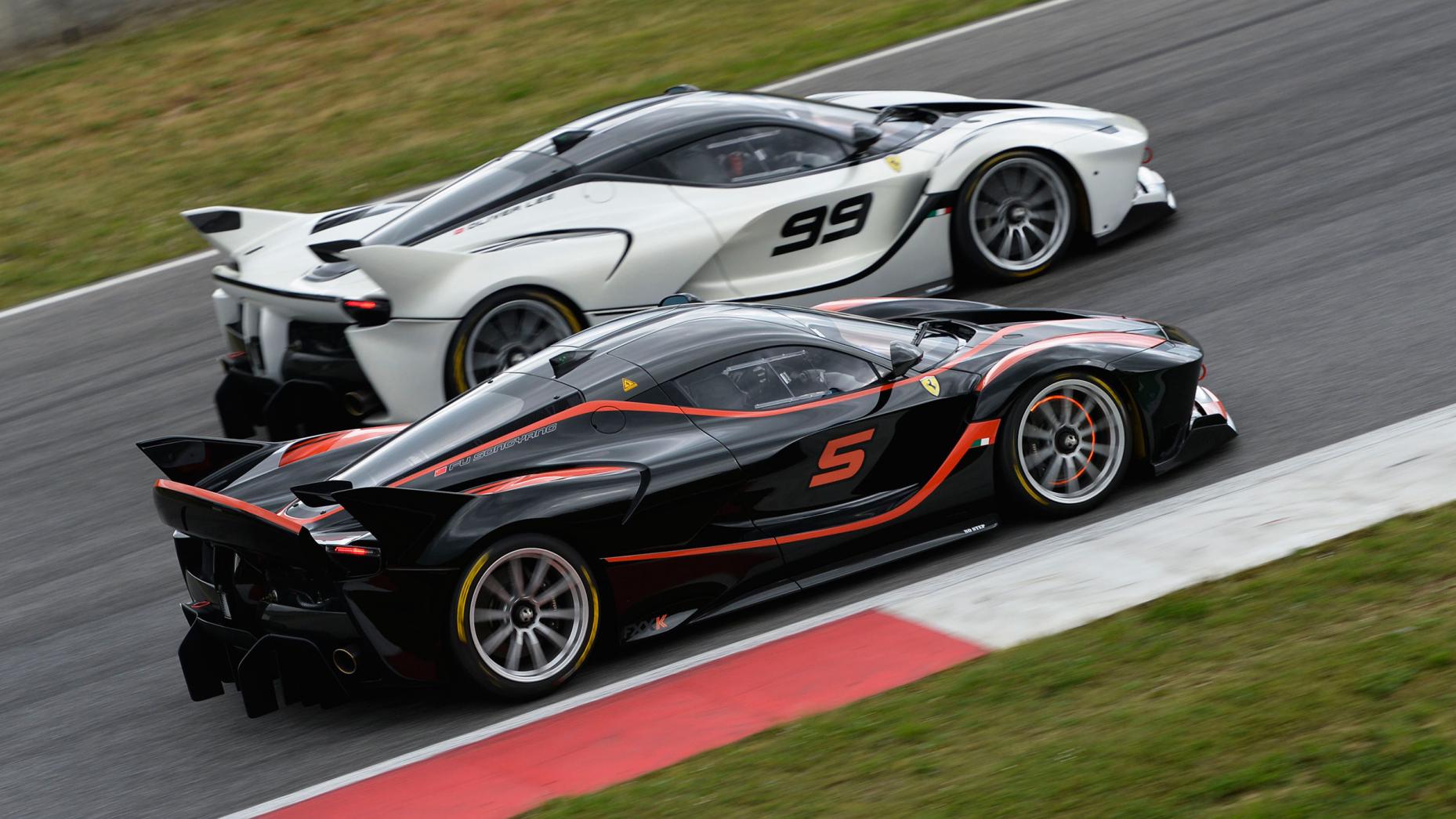 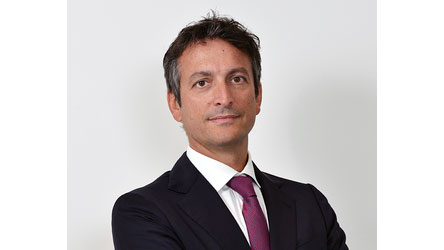 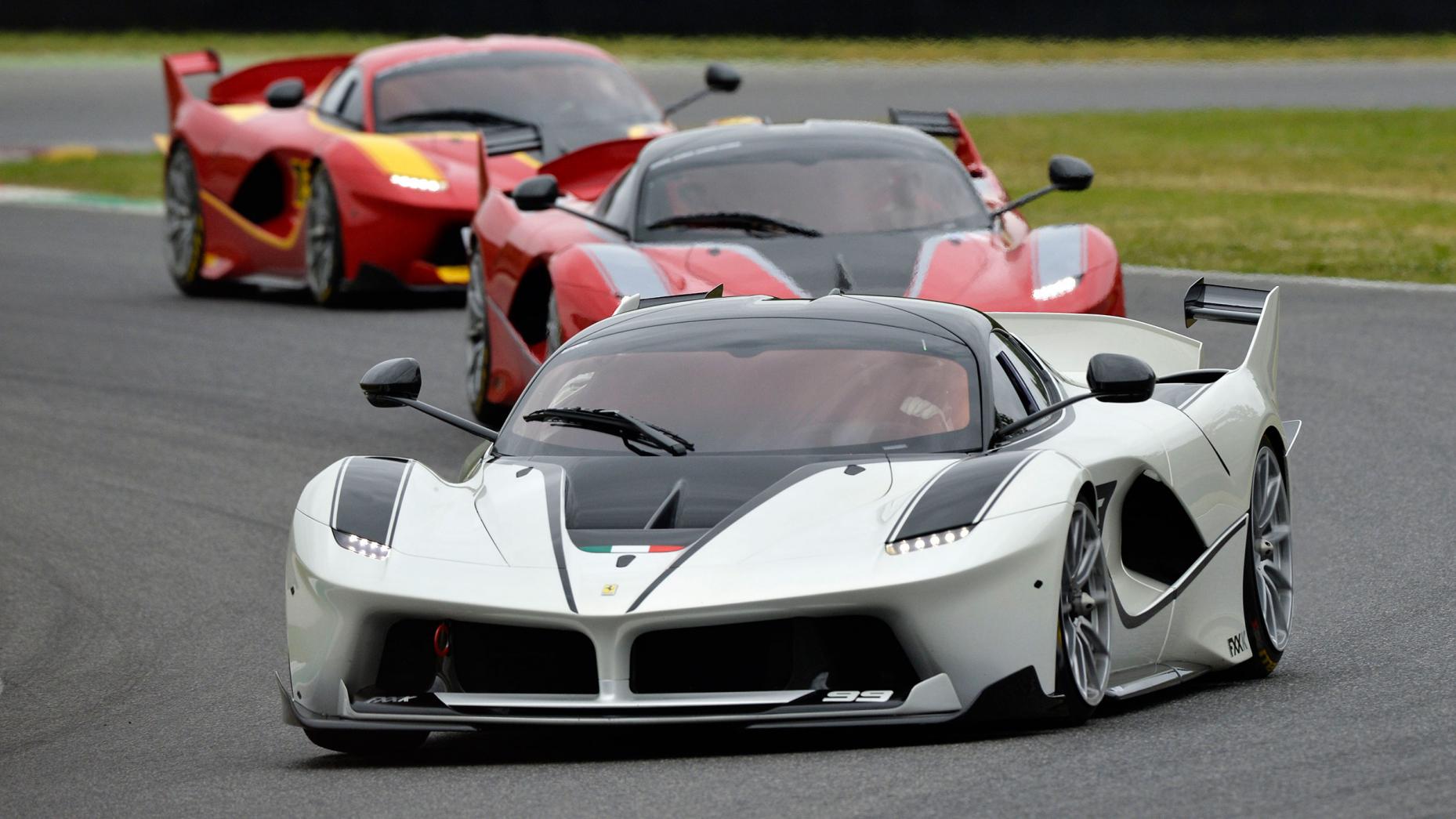 Enrico Galliera is a friendly, impeccably attired Italian and commercial director at Ferrari. He’s the man in charge of the rarefied XX series of track-only unobtanium that supply data for Ferrari’s future road cars. TG caught up with him to chat about the mightiest Ferraris of them all, and its British rivals.

Enrico Galliera: I would say there is a combination of clients, but mostly they are successful people who want to drive fast without the stress of actually racing. They are not all racing drivers, though we have quite a few! Rene Arnoux is one, who drove the FXXK at the Goodwood Festival of Speed. Most of the clients are very successful entrepreneurs who like to drive their cars on track. They approach the company, and enter a kind of journey.

They drive their Ferrari on a track, decide they like it, then they enter the Corsa Clienti training, and we can bring them up to a race license level. Then maybe they have a go in the 458 Challenge car and the Challenge series, and after that they can choose between the XX programme, or driving our F1 cars.

The specific point is that they don’t race each other – they only race against themselves. So, there’s not the pressure of someone pushing them or trying to overtake. They feel more comfortable, but they still have all the telemetry to teach them how to improve the performance of the car.

TG: How many recurring customers have you got? Is there anyone who bought an FXX, a 599XX and now the FXXK?

EG: Actually, I would say this is the most critical issue we have. Whenever we bring out a new evolution like the FXXK, we have almost all the existing clients saying “I want one”. At the same time, we have a number of new people wanting to enter the programme. So, we give priority to our existing clients, and then we try to convince them to sell their previous cars to another client, to bring them into the family. The FXX or 599XX is our entry-level car. From there, they can grow up and buy a new one.

TG: Ferrari were first to this idea of making a supercar faster, more track-focused, and then selling limited numbers as a sort of rolling test bed. Any thoughts on McLaren and Aston Martin’s similar P1 GTR and Vulcan projects?

EG: First of all, we feel very proud. If they’re following our lead, it’s because they feel we have a very successful idea. We started it, and now we feel proud to be copied. But this programme is not just about having a fast car. It’s an experience – we can offer different cars, events around the world designed for them, and we grow a community, a club. People want to be part of the club, not just because of the cars but because of the people.

TG: Have you got any clients who own a P1 GTR or Aston Vulcan as well as an XX car?

EG: No! [laughs] There are some, that I know of. They are enthusiasts who buy competitor cars for their collection, but they keep on coming back to be part of Ferrari’s programme.

TG: Quite a few P1 GTRs are being made road-legal by Lanzante. Soon there’ll be a street Vulcan kit too. What’s your take on that?

EG: We don’t like it. This car [points to nearby FXXK] has been designed to go on track. This means we don’t have to stick to any regulations or homologation – our design team is free, the design is pure. Everything we do is about maximising performance. Every car we develop has this in mind – to be the most exciting. So, to develop a car like that, and then try to homologate it for the road, it’s like saying "we’re trying to adapt a car for something it was never designed to do".

I’m not saying what our competitors are doing is wrong, I’m saying we made a different choice. Whoever buys an FXXK commits to leave the car in the factory, and allow us to bring them to a circuit for track-driving events. It’s a different philosophy.

TG: Which bits on an FXXK stop it being legal for the road?

EG: Mainly aerodynamics. The front splitter, some of the materials, and the rear wing, can be judged as dangerous on the road. This car’s been designed for maximum downforce on a track, so it would need a kit to remove all of this.

TG: But you must see McLaren, Lamborghini and Porsche setting records at the Nürburgring and want a piece of the action? Ever fancy sending an FXXK to the Ring?

EG: No, because the key for us is to have our clients drive our cars after the competitors and climb out saying “wow, this is the one”. It’s not about the fastest timed lap, it’s about the feeling the car gives you. The sound of this V12 is all part of the experience, it’s like an old F1 car.

TG: You updated the FXX and 599XX with faster Evoluzione versions. Can you possibly make the FXXK faster?

EG: Y’know, the philosophy of the company is that as soon as we introduce a new product, we then immediately start working on how we can improve it next time. So, even for the FXXK we are thinking about potential evolutions, but we don’t have it yet. As soon as our technical development identify something that can make a big improvement, we will evaluate it, but at the moment we don’t have anything…

We are now completing the final deliveries of FXXK, and once we finish build and delivery, then we will really start work on how to improve it.

TG: Finally, you must’ve had a laugh with the FXXK’s name...?

EG: Hmmm, yes, there has been quite a lot of discussion about the name. Well, we had a car named after Enzo, and then we have LaFerrari: literally ‘The Ferrari’. It’s difficult to know what to name a car after that.