The Hennessey Deep Space will be a 2,000bhp six-wheel-drive electric hyper GT

How to improve acceleration, you ponder? Why, electricity and more wheels of course! 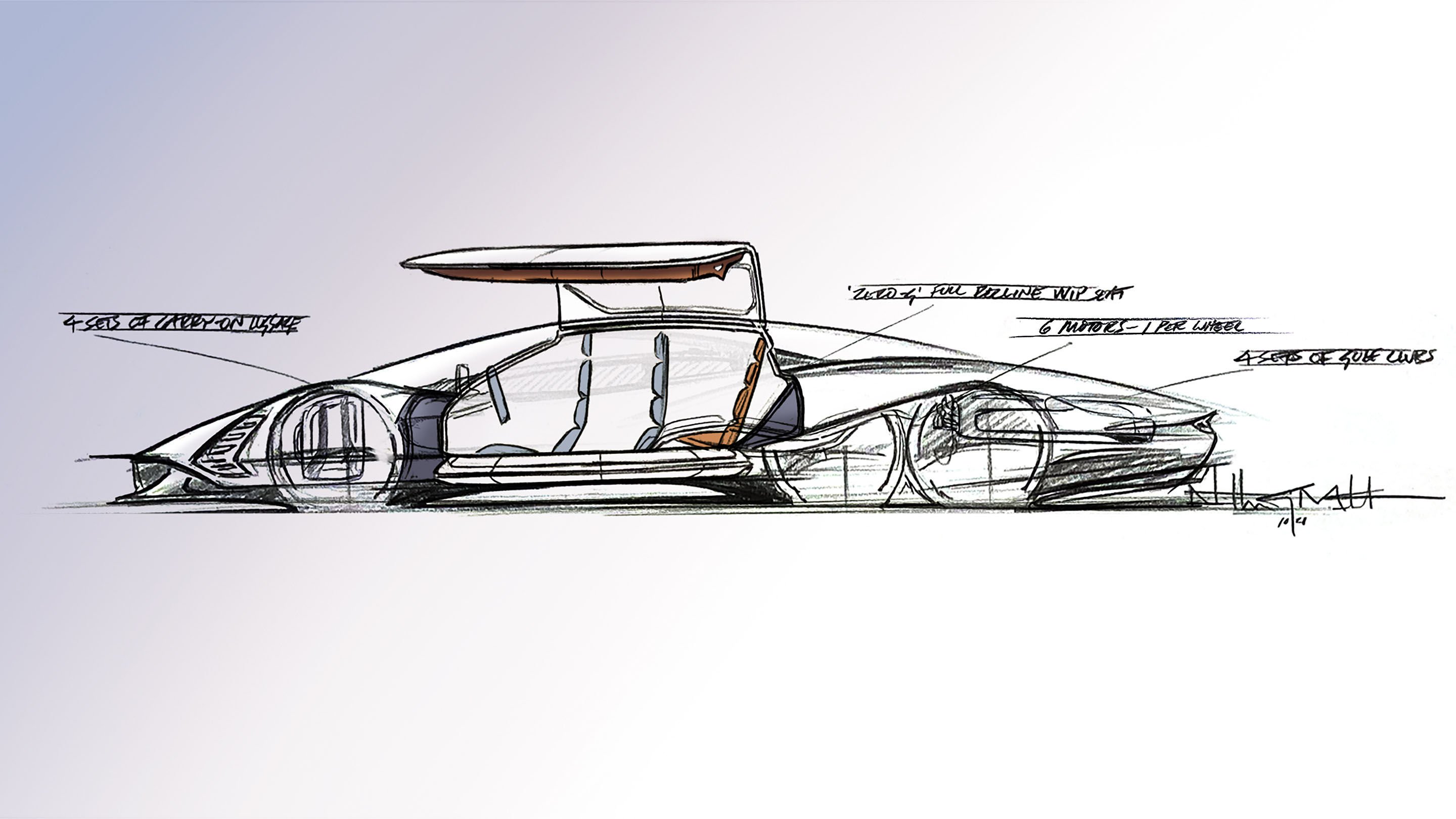 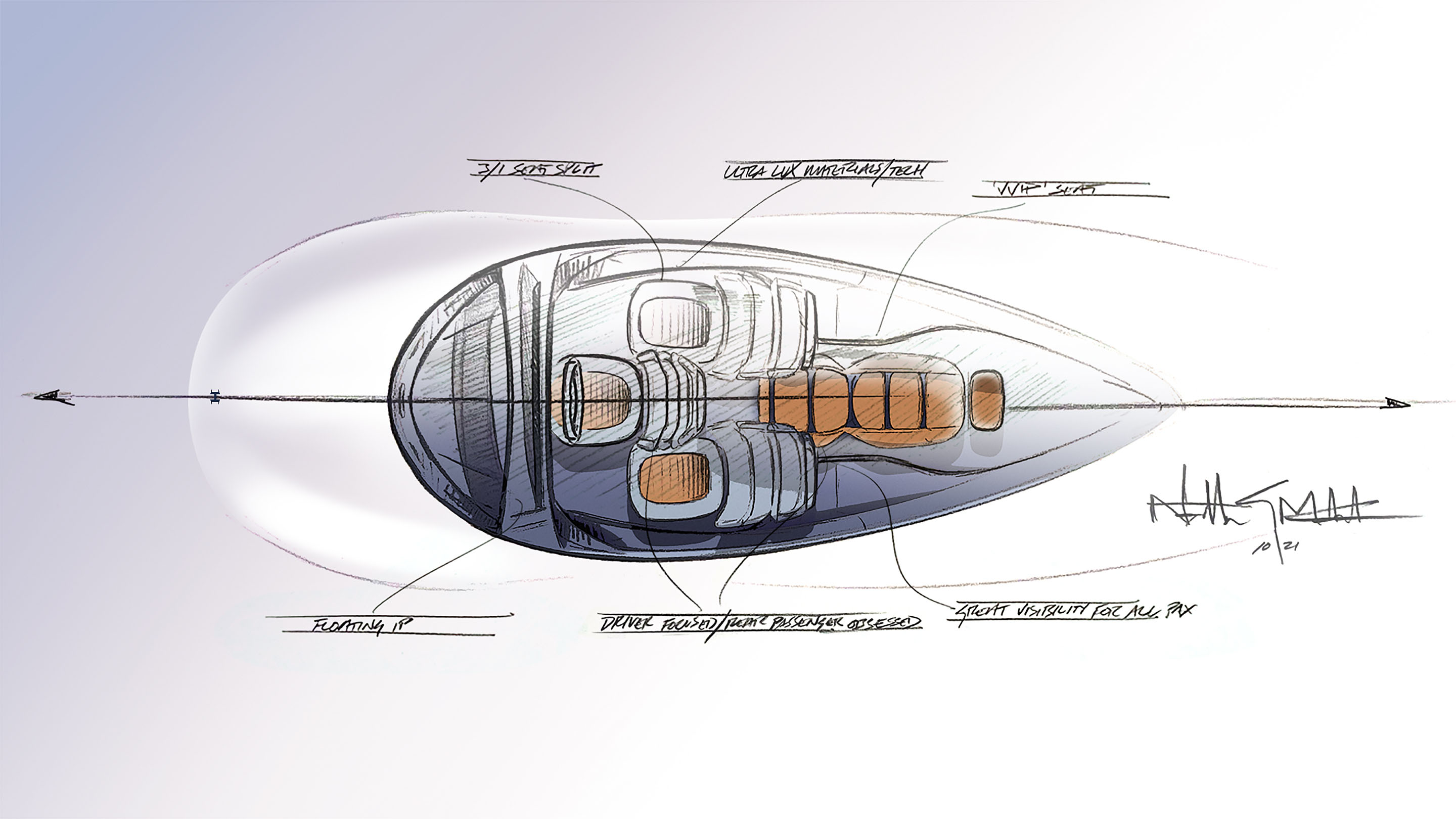 Elon Musk, Jeff Bezos… John Hennessey? Could America’s favourite purveyor of hyper-horsepower be about to take the great leap into space? Nah, of course not, just a small step into the outer reaches of his imagination.

Meet the Deep Space, an all-electric six-wheel drive hyper GT with a diamond seating layout. Because as John Hennessey told me, “I wanted to do it before someone else beat me to it”. Er, right John.

With 50 per cent more grip it’s a take on how to improve acceleration when four rubber contact patches just won’t do. “I’ve been building some of the world’s fastest accelerating vehicles for decades, yet they have always been performance-limited by mechanical grip. Six-wheeled electric propulsion is the solution”.

There is more to the Deep Space than g-force, but this is Hennessey we’re talking about, so of course speed is important. “It won’t have the top end speed of the Venom F5," says Hennessey, “but it should be able to do 200mph and hit 0-60mph as fast as a dragster.” Or a space rocket. Notoriously sluggish away from the launch pad (if pacy beyond it).

The Deep Space is a car in the mould of the McLaren Speedtail. Vastly long and slippery, with a central driving position. That’s flanked by two chairs, with a ‘VVIP’ seat directly behind the driver. VVIP because it has the ability to lie flat. How that lucky passenger is held in place during a full bore start is a matter I doubt Hennessey has given much thought to just yet. Doubtless something will be done to stop them torpedoing through the rear bulkhead to join four sets of golf clubs in the promised prodigious load bay.

It’s built around a unique carbon chassis, with carbon body panels and a cockpit accessed through a pair of giant gullwing doors. An equally massive battery pack promises a range of over 600 miles. Power from the motors – one per wheel – is expected to be in excess of 2,000bhp. The intention is for the Deep Space to be as luxurious as it is speedy.

The car will be built at Hennessey’s existing facility in Sealy, Texas, but has a strong British flavour as Delta Cosworth will help develop the electric powertrain. Hennessey has a relationship with Delta going back to the Lotus Elise-based Venom GT which set various acceleration and top speed records in 2013. Electric specialists Delta were acquired by Cosworth earlier this year.

The Deep Space is part of a 10-year plan that will see three all new models created, following on from the 1,817bhp Venom F5 – which is still questing to be the world’s fastest car with a Bugatti-beating top speed of over 300mph. That run of 24 cars is all sold out, but other versions of the F5 are coming. Expect higher downforce and different engine packages, with up to 60 cars built in total.

Obviously this is early days for the Deep Space. The car started life as a sketch (reproduced exclusively below) on the bottom of a bank statement back in October 2019.

Feasibility studies have been conducted since, although the car is not planned to go on sale until 2026. When it does it is likely to be the world’s most expensive EV, with pricing around the $3 million mark. “The technology is unprecedented in this segment – both forward-thinking and innovative,” comments Hennessey.

Only 105 of these radical road-going space ships will be built in total. Just the thing for tearing across Texas – provided it charges as fast as it discharges. Looking forward to your reply to this one, Elon. 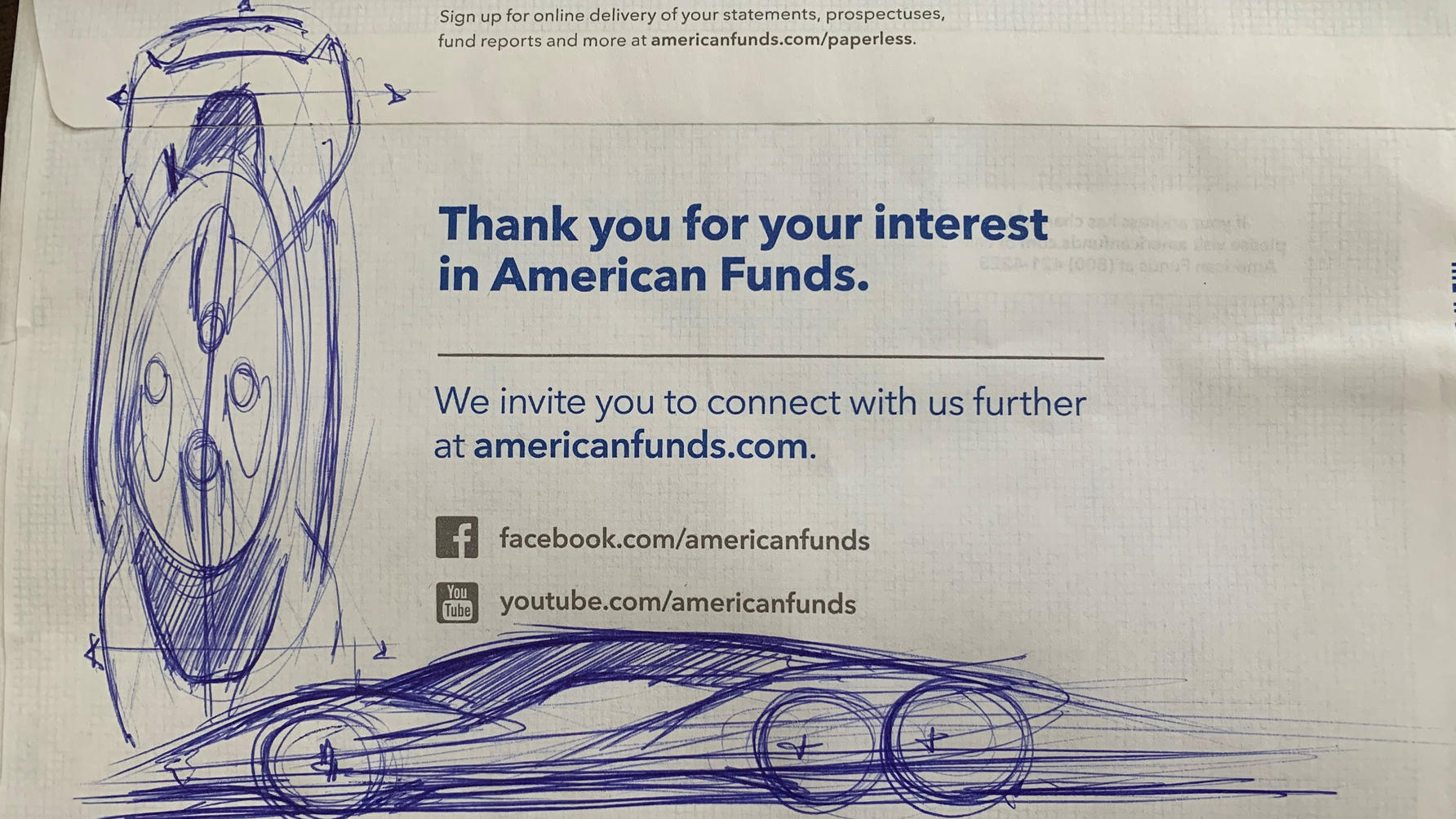