This Range Rover can drive itself through a city 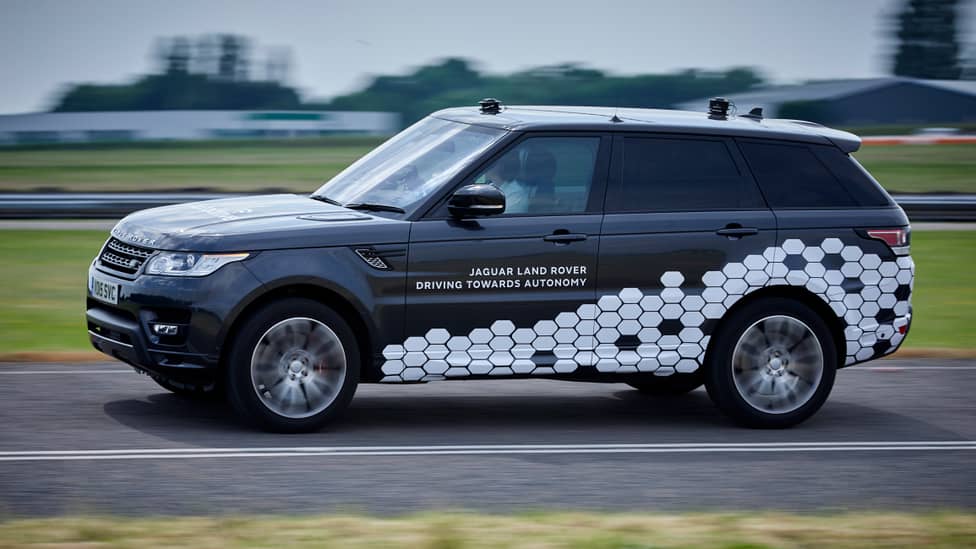 No matter how much you try and ignore it, there’s no stopping the fact that autonomous cars are coming. And in a big way. By 2025, it’s an industry expected to be worth £900 billion.

And before you think that London 2025 is going to be full of little autonomous bubble cars, let us introduce you to this big, brash autonomous Range Rover Sport – Land Rover’s take on driverless cars for both on and off road.

It’s only a prototype for now, but it’s a serious statement of intention by Land Rover. And proof that high-riding urban tractors can be controlled by computers too. It’s not stupid either, having been programmed with ‘level four’ automation. That means it does all the arduous drive-y bits for you without ever expecting the driver to intervene. Well, at least in most circumstances.

This Range Rover will be able to snake itself through a city, obey traffic lights, not crash at junctions or get lost around a roundabout. Being able to avoid the kamikaze motorbike couriers is a completely different story, though.

What that means is that when you want to drive, you have the choice to drive. But if you forgot to do your kids homework for them, complete the Ocado shop or watch last night’s episode of Love Island, you can take your hands off the wheel, feet off the pedals and throw all the driving duties at the computer. Once the law allows such things…

JLR is working with lots of other partners in the UK to develop both semi and fully autonomous vehicles as part of the £20 million UK Autodrive research and development project. This hefty wedge of cash is being spent as our little old island wants to be the forefront of connected and autonomous innovation, taking on the likes of the US, America, Japan and Sweden.

So be afraid, purist. The self-driving future is coming, and it’s coming quickly. The first set of trials on public roads in the UK are due in Milton Keynes and Coventry by the end of this year…

Scared? Or could this create a whole new level of productivity in your life?