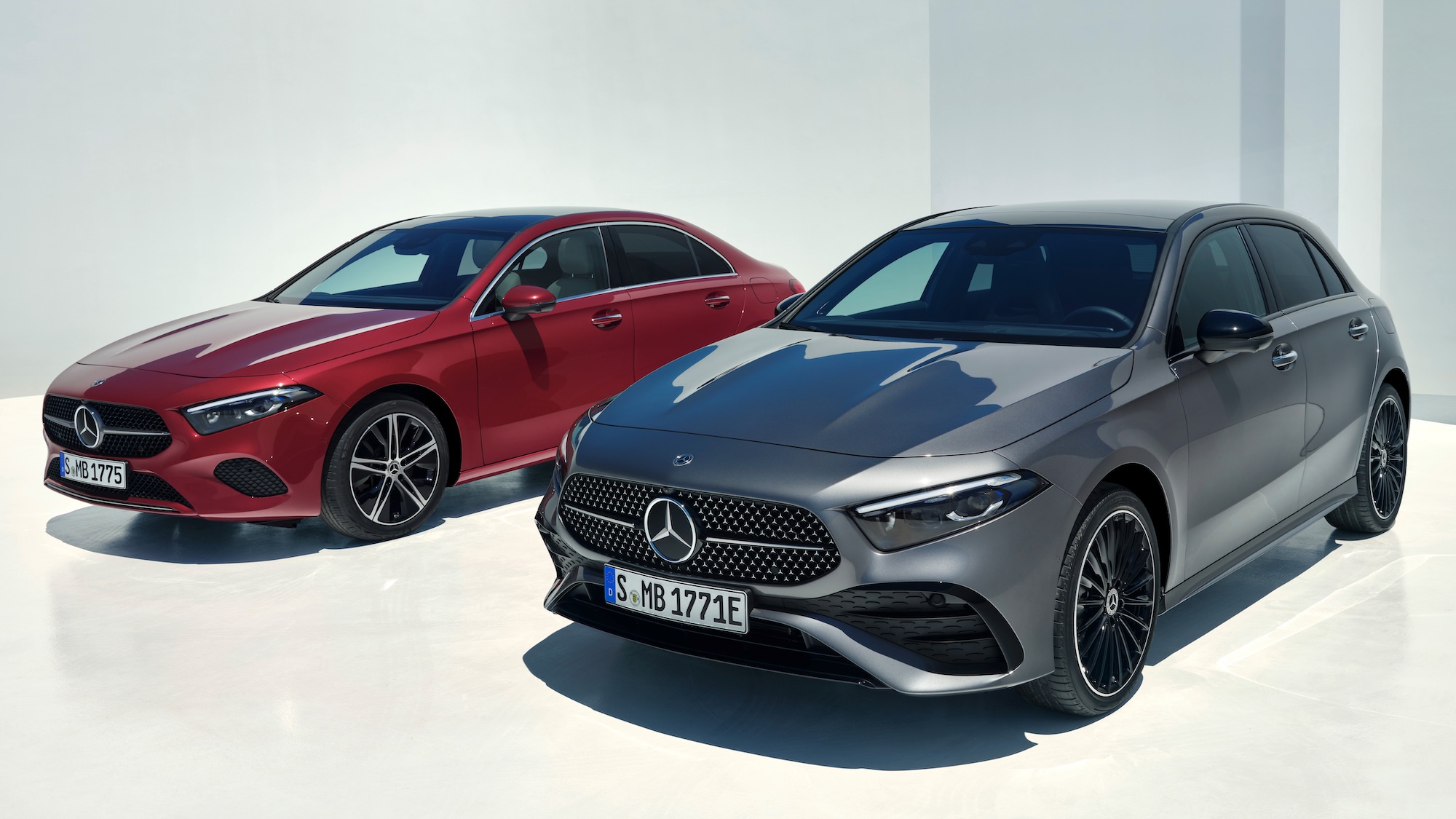 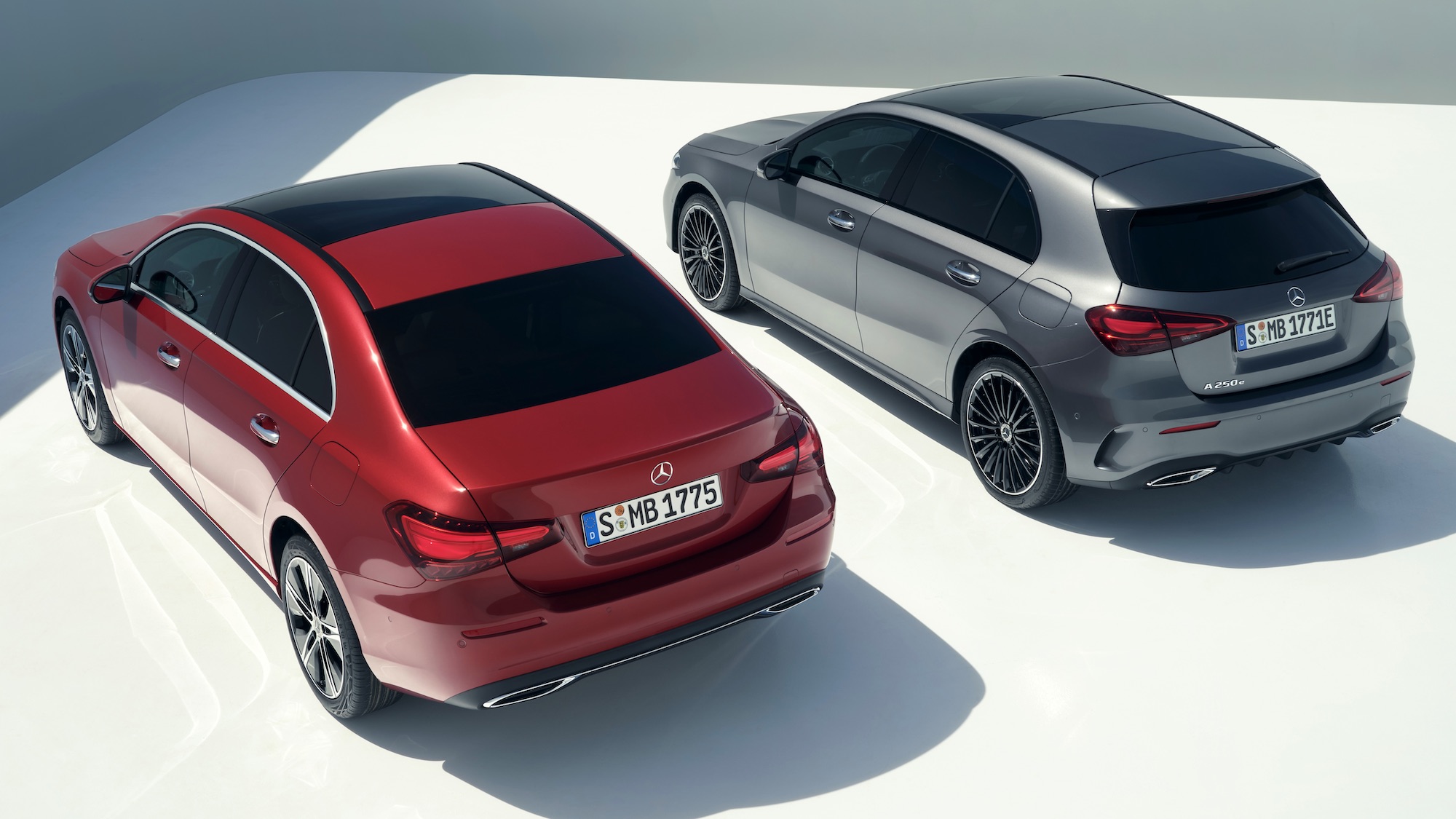 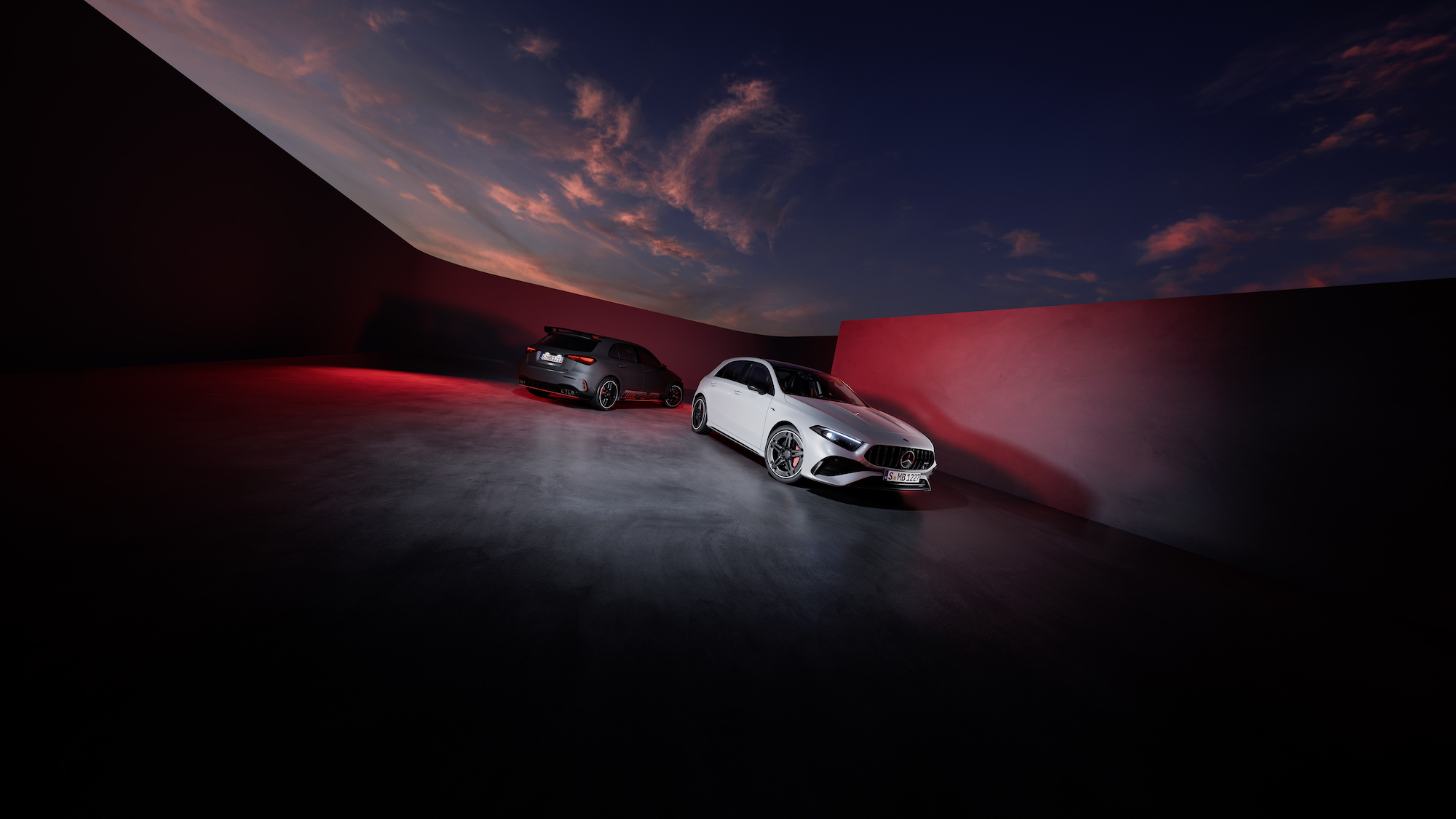 We’re betting that, at some point in your life, you’ve said (or heard) some variation of ‘I like their old stuff better than their new stuff’. And maybe we’re going out on a limb here, but it sure looks like Mercedes has found the answer: make your new stuff basically indistinguishable from your old stuff.

But let’s not be too hasty in casting judgement on the ‘new and improved’ A-Class – perhaps the bulk of the development has gone on underneath the skin, also known in car circles as ‘doing a GT-R’.

As such, for the latest iteration, we find a 48-volt mild hybrid system that extends across all A-Class models barring the AMG A45, as well as an 8bhp bump for the plug-in hybrid models. Mercedes claims a 13-ish horsepower ‘boost effect’, yet fails to divulge the total power output when combining petrol and electricity. Purely an oversight, we’re sure – the ‘system output’ for the PHEVs is listed, so it must just be one of those things. And definitely not the fact that with a 107bhp electric motor and 161bhp petrol engine, the A250e PHEV has a combined output of 215bhp, not the 268 you’d expect from simple mathematics, because of peak power arriving at different times, so an additional 14bhp electric ‘boost effect’ would give you as noticeable a boost as a decaf coffee.

But aside from a sop to electrification that really does put the ‘mild’ in ‘mild hybrid’, what else can we find under the new(ish) A-Class’s Picture-of-Dorian-Gray skin? Erm... more electrification. Because of course. 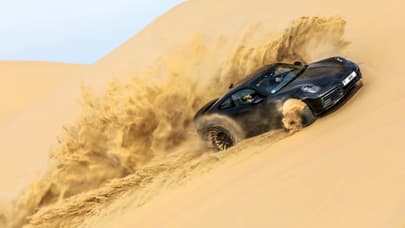 Apparently, the plug-in cars can now accept an 11kW AC charge, as opposed to the 7.4 kilowatts of the old PHEV A-Classes. Which sounds like great news for all the people who have three-phase power to their home and have bought an electric vehicle fast charger, but are still keen to burn hydrocarbons in some fashion, just for giggles or something.

And as far as we can tell, this modicum of electric assistance rather ends the behind-the-scenes tinkering. It’s not even like the A-Class has ditched any of its petrol engines or given diesel the final flick, as a kind of ‘we’re with electricity now, and electricity treats us better than you ever did’ kind of thing. Because we’re reliably informed that this is exactly how car planning meetings by Germans in suits would go.

The upshot, we suppose, is that you can still buy diesel engines, if you’re absolutely sure that there’s someone in the world who hasn’t already made a Dieselgate, canal boat or Massey-Ferguson joke about your car and you’d like to make sure no one’s left behind.

So far, then, we have spot-the-difference looks, some extra hybridity and no further mechanical changes. But then this generation of A-Class was never about such boring things as ‘handling’ or ‘exciting drivetrains’ – it’s all about that interior. So what’s new there?

Erm... well, the steering wheel is now that complex, multi-tiered thing we’ve seen on other Benzes, with more buttons than Apollo 13 and fairly similar chances for you to do something thoroughly unintended by pressing one. Speaking of all things space-age, there’s apparently going to be a fingerprint-reader, so anyone attempting to steal your A-Class can get an “I’m afraid I can’t do that, Dave” when they try to drive off.

The touchscreens and displays that you could already get in the old A-Class now run the ‘latest generation of MBUX’, which has serious shades of ‘no, but this year’s phones are so much better’ about it. Case in point? The ’newly designed display styles’ have three different styles with three distinct modes. And, apparently, ‘seven colour worlds’. Don’t quote us on this, but we’re pretty sure we played that Super Mario game as kids.

But, speaking of old things being reused, at least the seats are made from varying percentages of recycled materials, interior colour palettes now include ‘a luxurious-looking beige’ and ‘new, zeitgeisty sage grey’. Well, at least the copywriter is trying.

Aside from that, it’s pretty much the A-Class you know already – a small, expensive hatchback and saloon that goes big on cabin ambiance and rather less so on being fun to drive, antiquated concept that it clearly must be.

Oh, and as for the A45? It’s basically unchanged, except for this lurid special edition which has a name we’ve already forgotten, but is something along the lines of ‘Street Sweeper Edition’. OK, just double-checked and it’s the ‘Street Style Edition’. Eh, we like ours better.

In any case, the Sesame Street Edition also yields those... bold accents and decals. Not our thing, of course, but it’s definitely brave to head out on a limb like that. And if we’re talking about the ‘new’ A-Class? At some point, someone had to.