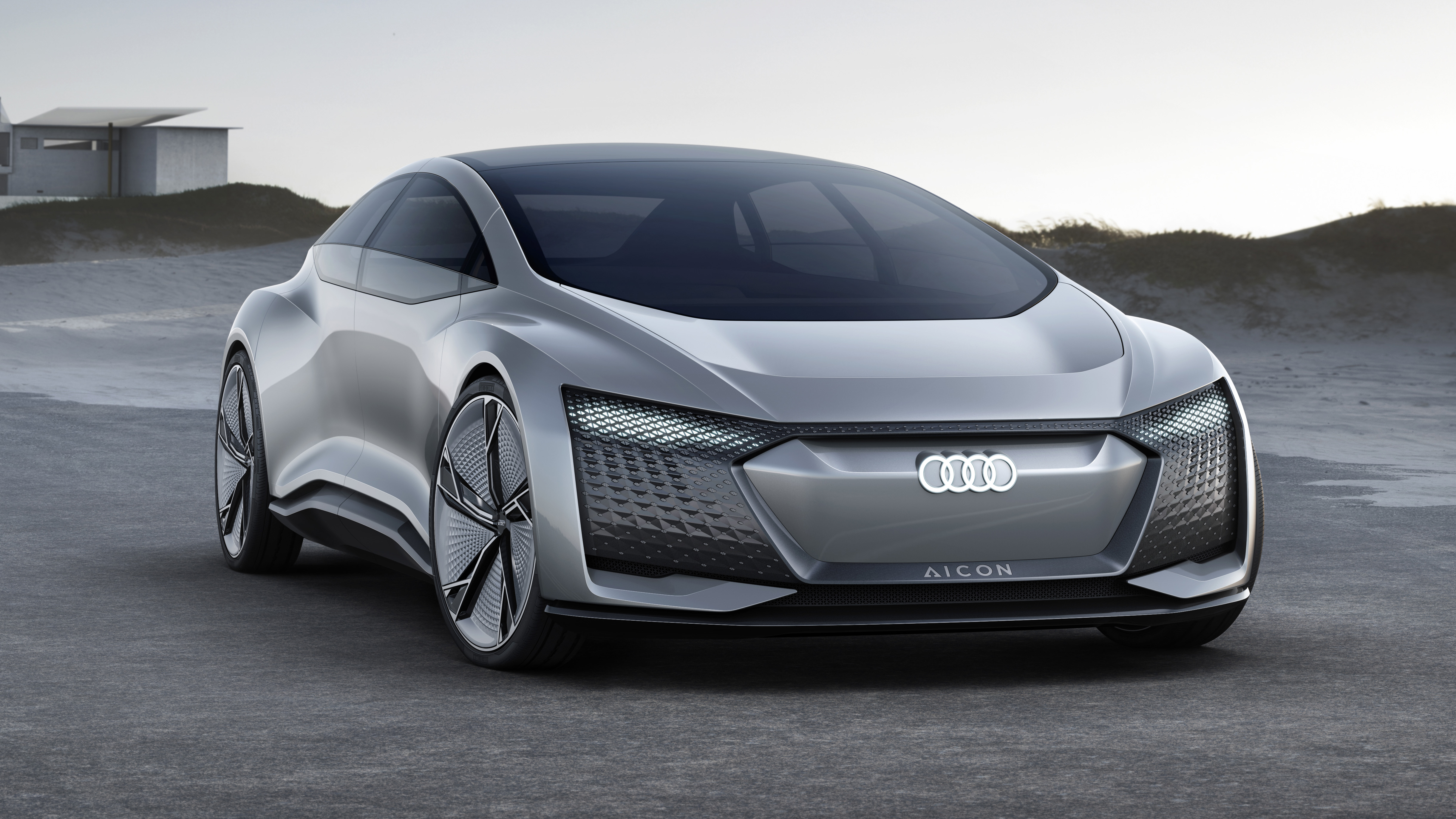 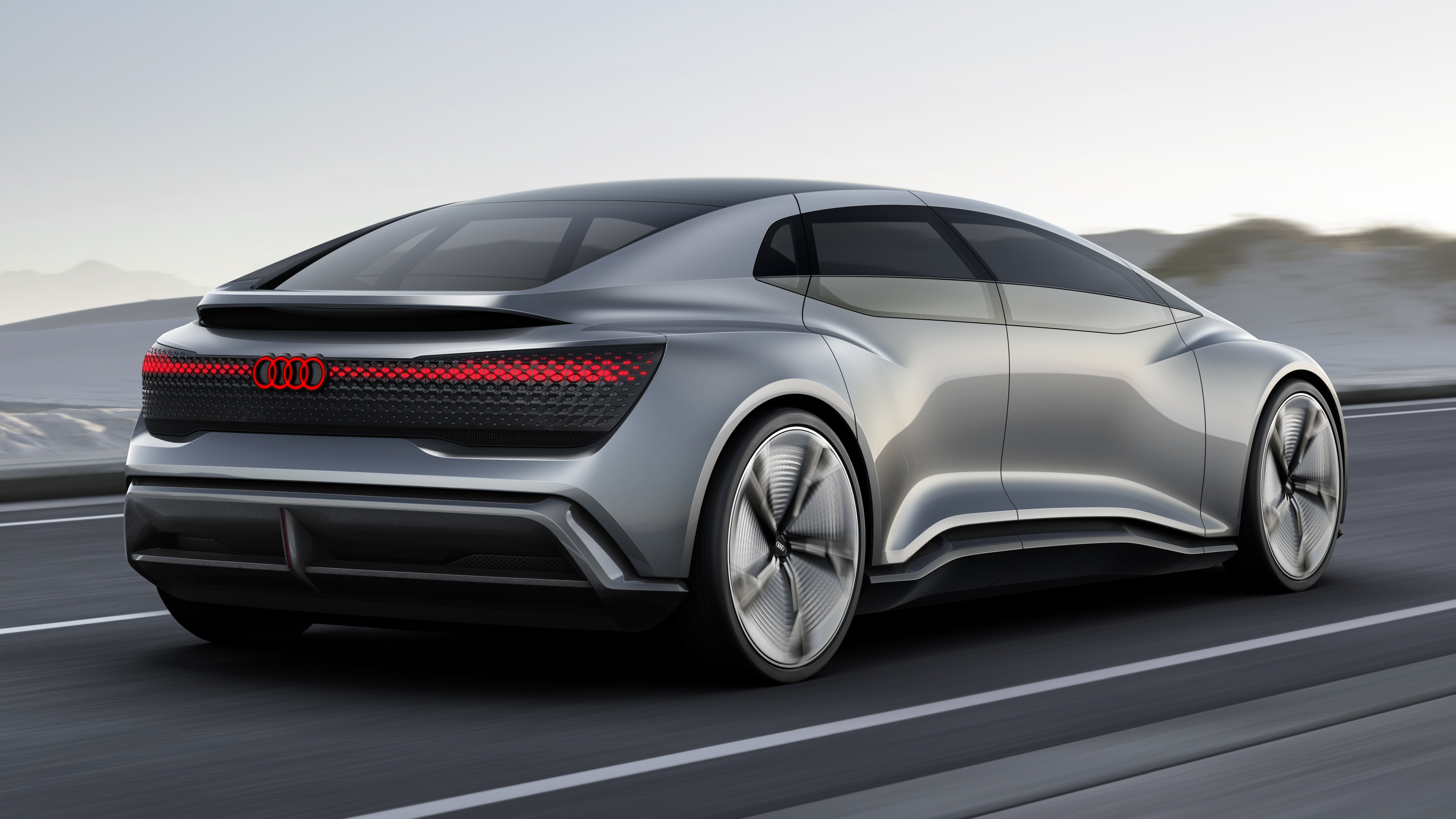 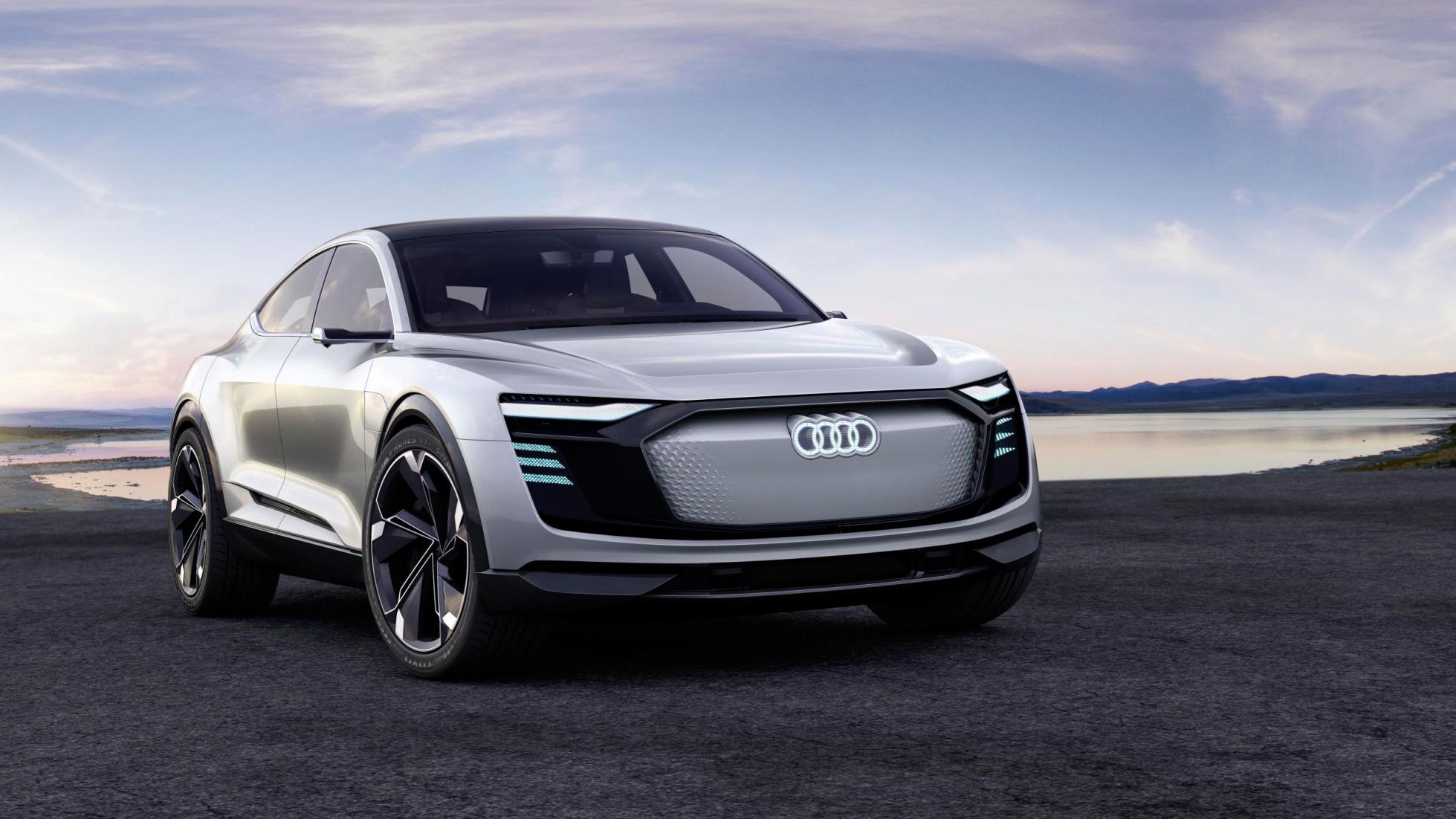 The race to become the leader in autonomous car tech is well and truly on, and Audi just made it quite clear it plans to be the boss. This is the Aicon concept: a four-door, 2+2, A8-sized, level 5 autonomous concept car that showcases all its ideas for the day when steering wheels become relics. Audi hasn’t put a firm date on when an Aicon will be on your company car list, but reading between the lines, it’ll be a decade at least.

Surprise surprise, it’s electric, but moves the game on with four-electric motors (one for each wheel) and a bank of solid state batteries under the floor pan with twice the energy density of lithium-ion. Audi claims a range of 497 miles on a single charge and thanks to an 800v charging system, an 80 per cent top-up in 30 mins either by plugging it in, or via wireless inductive charging. Total outputs are 350bhp and 406lb ft of torque… not that you’ll notice or care.

With no need for human interference at any point, there’s no need for a steering wheel, pedals or an interior as we know it. Instead there are two sliding and swivelling chairs, a wraparound screen and a supplementary bench seat for any second-class passengers. The doors open Rolls-Royce Phantom stylee, exposing a vast interior for you to kick back and watch a film in, check your e-mails and Twitter feed, take a video call or just catch up on some Zs. Your luggage is swallowed by two boots – one at the front, one at the rear – with a total capacity of 660-litres.

On entering the vehicle, PIA, your “empathetic electronic vehicle assistant” recognises your phone and activates all your personal settings. There’s no need for a seatbelt either, says Audi, given that in a world with “a transportation infrastructure in which autonomously driving automobiles are a given on every street,” accidents will be a thing of the past. 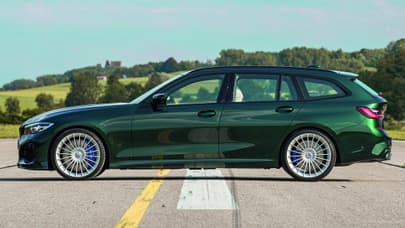 Pedestrians will be given a fighting chance, too, thanks to infinitely configurable LED panels, called “light fields” front and rear in the place of traditional headlights. “Eyes” either side of the grille will change from wide pupils for a friendlier appearance, to squinting for a more aggressive look. Horizontal stripes of light move up from the bottom of the front end in proportion to how hard the car’s accelerating, while built-in projectors shine signals onto the ground to alert anyone who might not have clocked the car.

It’s full-on sci-fi stuff, but there are several steps to go before we get there. The new A8, also on display in Frankfurt is the first production car with level 3 autonomy, which lets the drivers remove their hands entirely in certain situations, until the computer deems it wants to hand back control. Beyond that is level 4 (see what they did there?), previewed by the Elaine concept (really, that’s the best you could come up with Audi?) – a rehashed version of the e-tron Sportback coupe SUV show car we saw in Shanghai earlier this year (pic seven, above), with the same look but much cleverer sensors and software.

The powertrain itself is a direct preview of a full-electric SUV coming soon, with one motor on the front axle and two on the rear for a total of 496bhp in boost mode, 0-62mph in 4.5 seconds and a range of 310 miles on the NEDC cycle. What sets Elaine apart from the new A8 is greater computing power and better sensors. A new highway pilot system allows full autonomous driving between 37mph and 80mph, including changing lanes for overtakes on its own. Where it gets really exciting though is with something Audi calls “Audi AI Zones". When parked in one of these zones, the driver can hop out and the car will automatically park itself in a multistory where it can charge itself, order a car wash or just wait quietly. At a set time it will return to the AI zone for you to climb back in.

Autonomous cars are coming whether we like it or not. But what do you think – are they an erosion of everything us petrolheads hold dear, or a technology that can’t come soon enough?