This is the Bugatti Vision Gran Turismo, and it'll do 250mph+

Carbon fibre, W16-engined racecar built for the Frankfurt Motor Show is a preview for the next generation of Bugatti hypercar 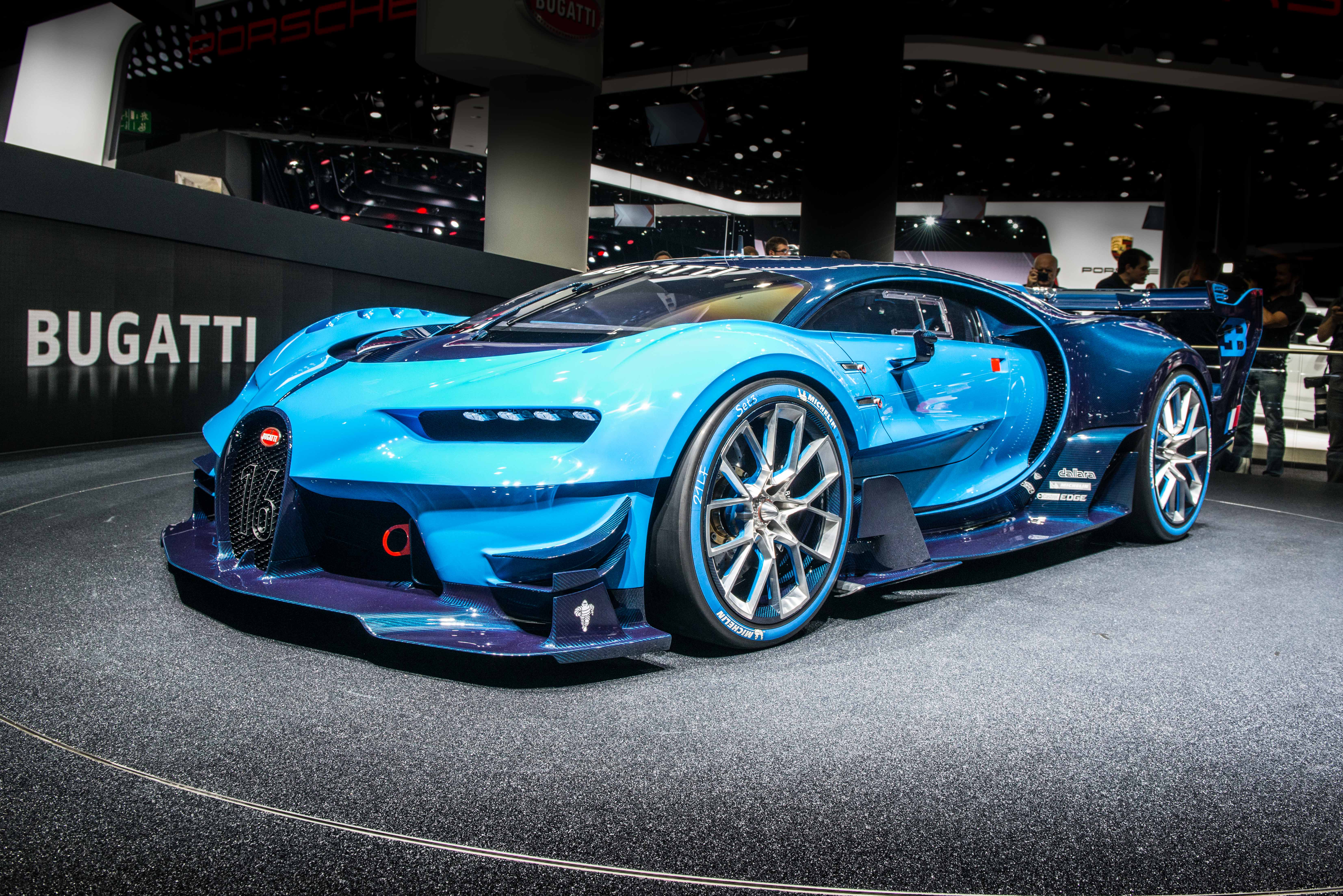 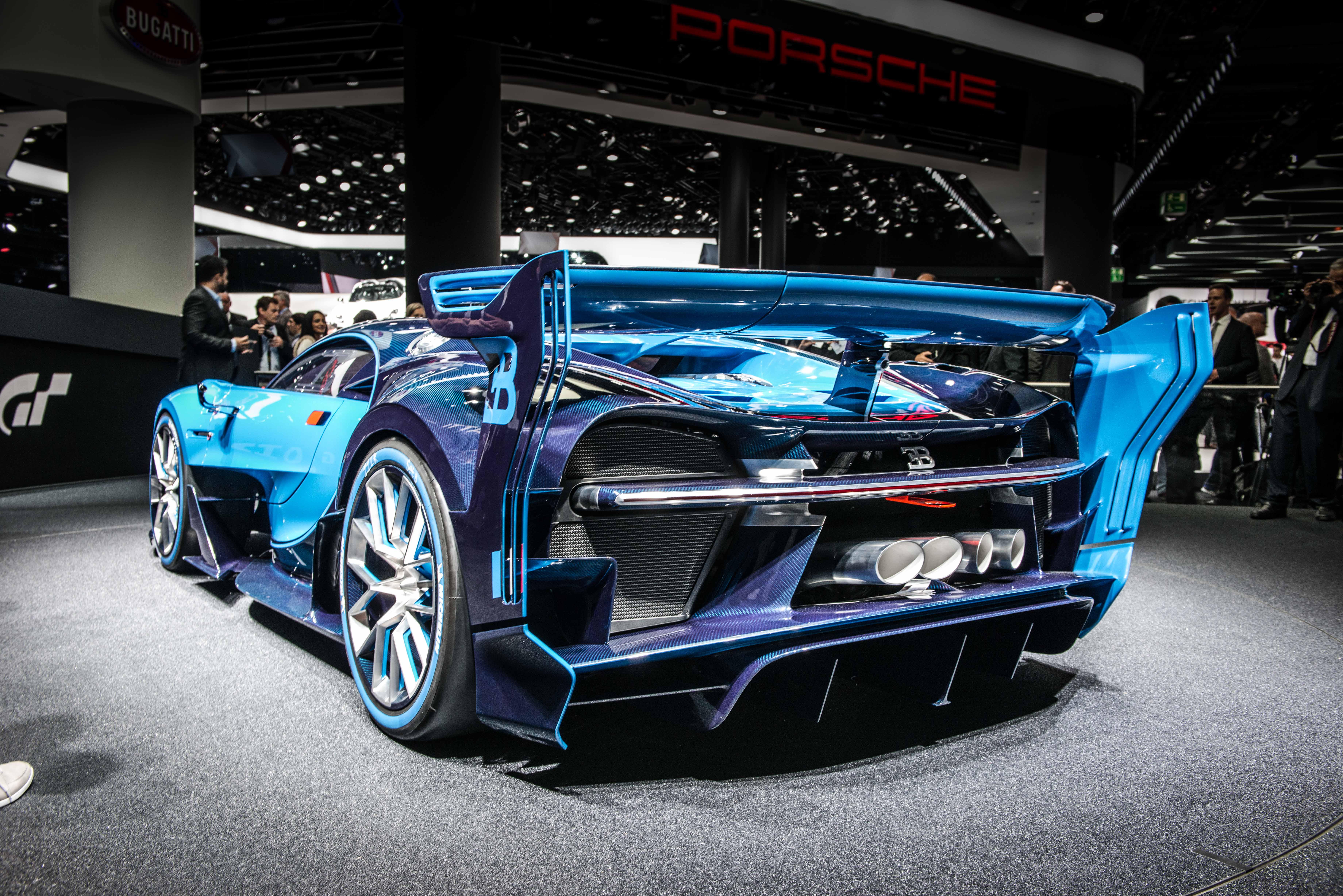 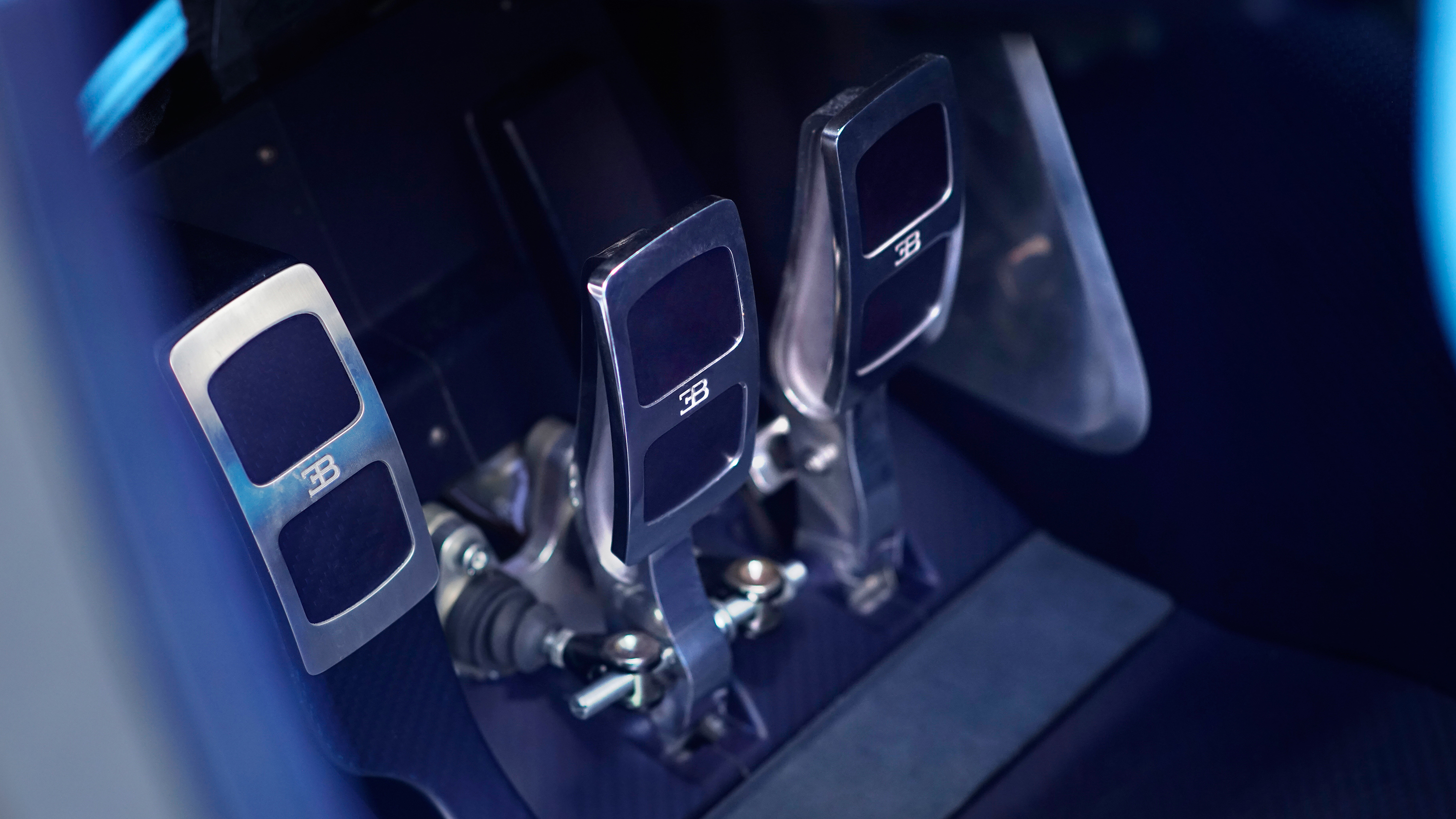 We knew it'd be fast, but this fast? Ladies and gentlemen, slacken your jaws for the newest Bugatti hyper-racer: the Vision Gran Turismo.

It's been designed and engineered by Bugatti, exclusively for Gran Turismo 6 on the PlayStation. Why engineered, you might ask? Because this is no digital flight of fancy, it's a real, monstrous, actual thing, and it has just landed at the Frankfurt Motor Show.

Bugatti tells us this Vision GT previews the next generation of Bugatti's design language. You see, with all 450 examples of the Veyron now sold and accounted for, and that car's production cycle coming to an end, attention naturally turns to the next Bugatti hypercar.

Big Read: Veyron on Route 66, from Chicago to LA

And while this Vision GT isn't that car, it's a 'celebration'; a taste of what we can expect before the Veyron's little brother lands "in the not too distant future".

So, about the GT. It was inspired by the Type 57 Bugatti that took Le Mans victories in 1937 and 1939 - hence the blue paintjob - and is said to have been designed for outright performance. Bugatti engineers worked for six months modelling driving dynamics and aerodynamics, to make sure the Vision GT could work as a proper, balls-to-the-wall racecar.

As such, we're told they've dispensed with all the comfort and safety systems associated with any road-going Bugatti to make it lighter, and create space for a new radiator layout specifically designed for circuit work. So it's lighter, harder and very, very fast.

Though there is no mention of horsepower, Bugatti has slotted in its venerable W16 engine in the middle of the GT, so we assume a HP figure mirroring the Veyron's is on offer. It's also four-wheel-drive, and the drive and straight-line punch is so excessive, they've calculated that on four sections of a virtual Le Mans track, the Vision GT is capable of hitting over 250mph - not too shy of the road-going Veyron's 267.86mph.

"With our extreme speed on the long straights," Bugatti explains, "we could make up for any disadvantages on the bends, and would then be as quick in the virtual world as the fastest real-life LMP1 race car, which, unlike us in the video game, naturally needs to comply with all FIA and ACO regulations." That's right, they referenced an LMP1 racer. Just imagine...

Now you've digested the sheer speed, have a closer look around the bombastic bodyshell. Every part has a purpose, we're told, right from the signature Bugatti side profile, to the concave transitions and convex surfacing. The 'eight-eye' headlights have been developed specifically for the Vision GT, there's a NACA duct, fins running the length of the roof and of course, DRS on that rear wing.

It's a suitably stripped out interior, too. The driver has two displays: one on the steering wheel that shows vehicle information, while a second sits on the steering column, combining images from three cameras fixed to the GT's body. The whole car was built using lots of carbon fibre - handy for lower weight, and tough as hell.

"Bugatti Vision Gran Turismo is the first stage on a new journey that Bugatti is embarking on following the successful completion of its Veyron chapter," explains Bugatti chief Wolfgang Dürheimer, "and which will culminate in the unveiling of the next Bugatti super sports car in the not too distant future.

"Bugatti will remain clearly positioned in the future as a brand with a strong profile. We're building the world's fastest, most exclusive, most luxurious and most powerful production super sports car," he adds.

If this Vision GT is a look into the future of the next Bugatti, we can't wait.