Koenigsegg on Tesla, an entry-level supercar, and the Nürburgring 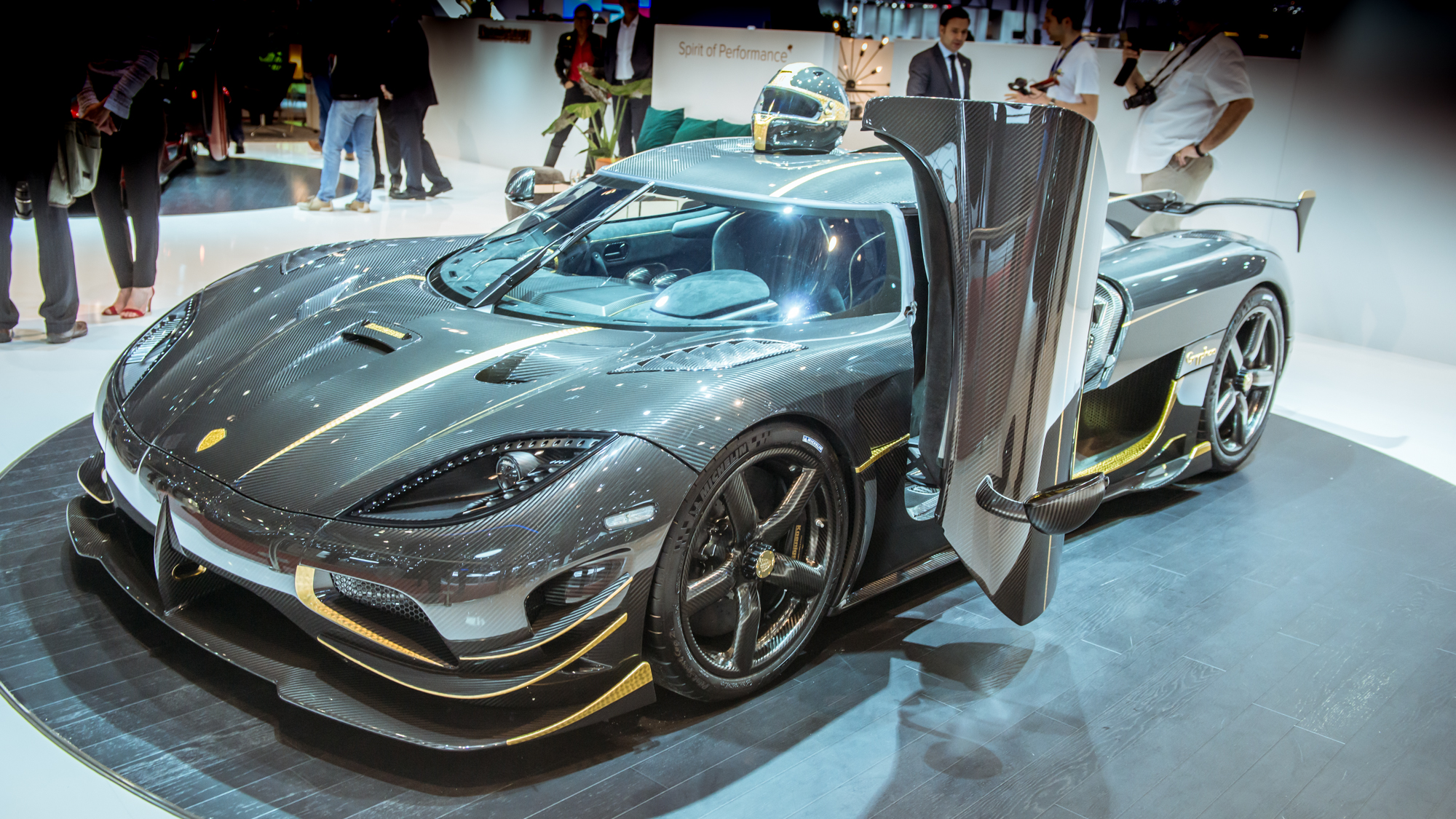 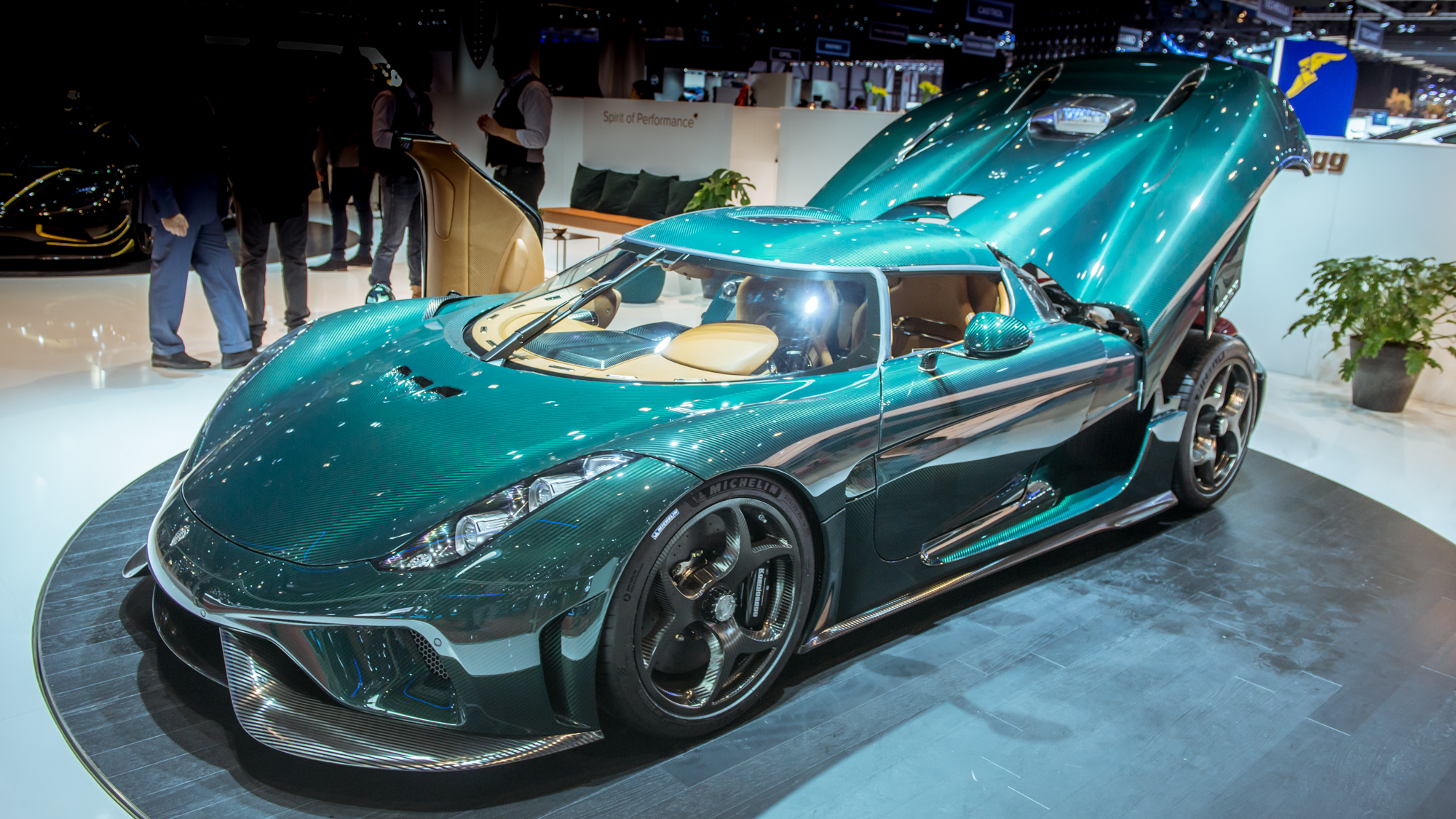 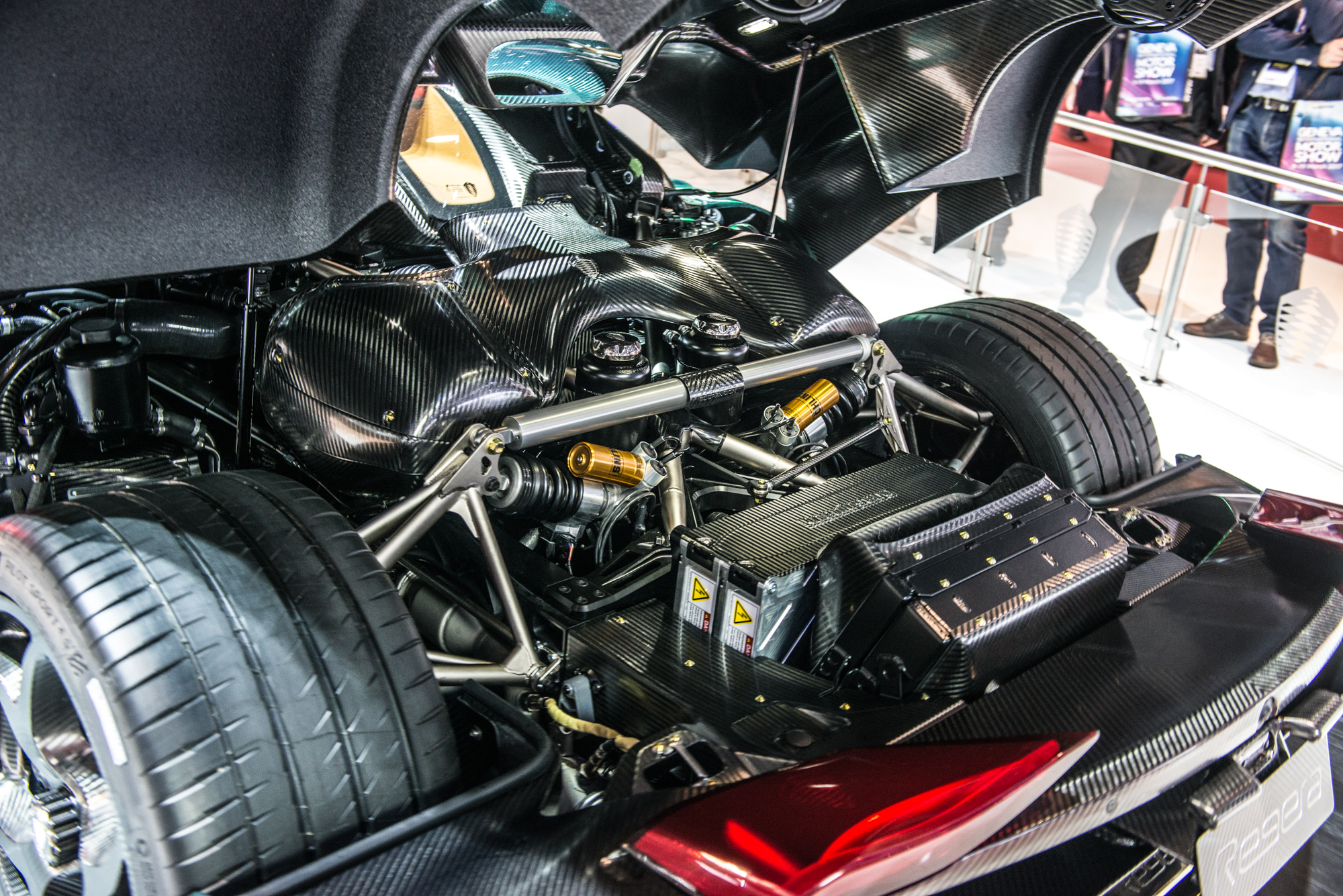 The hypercar game used to move slowly. Years – decades, even – passed between leaps like the Ferrari F40, McLaren F1 and Bugatti Veyron. Yet in the 12 months since Koenigsegg rocked the world with the 1500bhp hybrid Regera, we’ve seen the Bugatti Chiron enter production, Mercedes-AMG and Aston Martin announce F1-grade hypercars, and even a handful of electric hyper start-ups arrive. Is Koenigsegg fussed about responding, in pure performances terms?

“Power-wise, we’re still way head of the game”, says Christian confidently. “You have to remember, our car is two-wheel drive, and I would say there is no need for any more than 1500bhp with rear-wheel drive. We have very good traction control, so we can stay on the slip limit from 0-186mph – we can even spin the tyres at 186mph if we want to – so it doesn’t make sense to make even more power.

“Okay, if we wanted we could squeeze out a little bit more power to get us from 155mph to 250mph faster, but the Regera is an ‘everyday GT megacar.’ It’s the same philosophy as a Chiron, but 600kg lighter. We want comfort, practicality and ease of use.

“If you look at this Aston Martin Valkyrie, and I imagine the AMG to be something similar, I can’t see how they will be very comfortable. You sit in this small bubble, and there’s no space underneath for your feet…it’s a different animal. Of course, we can’t match their downforce unless we put huge wings all over the Regera. They have the ground effect they can achieve thanks to their layout – it’s incredible. But it looks to me to be very much a track car, and a Regera is a GT car, so we’re aiming at two different markets. Our car is going to be super-fast around a racetrack, but it’s not designed as a track car.” 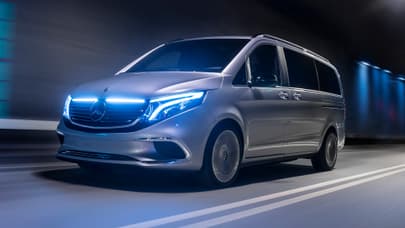 Say hello to the Mercedes EQV

Christian is knowledgeable and enthusiastic about what his rivals are up to, how they’re innovating, and how he’d do it differently. Does he consider studying rival hypercars a hobby?

“Always. I just need to get my head around it. That’s how I started – when I was five or six and decided I wanted to build my own cars I would read car magazines over and over, noting cars that had different seals, brakes, lights, and so on, and trying to figure out why components looked different so I’d know how I want to do it when I grew up – and I’m still doing this.”

Our car is going to be super-fast around a racetrack, but it’s not designed as a track car

So if he’s got a concoction of ideas constantly updated and improved upon, does Christian have a roadmap for how to make the Regera more extreme?

“Right now, we have a four-year waiting list, so we’re focusing hard on speeding up production. We’re almost sold out on the production run. I know, it’s not as exciting a focus as ‘let’s build a flying car’, but it’s the practical option. When all cars are sold, I have many ideas in what we can do [with Regera], but if I focused on that now instead of building peoples’ cars, that’d be wrong.”

One possibility is for Koenigsegg to sell on technology to other car makers. Christian says there’s interest not just in his pneumatic Freevalve system, but also the Regera’s single-speed transmission, from both mainstream and other performance car brands.

We couldn’t talk to the boss of Koenigsegg without mentioning the Nürburgring record furor. Christian is all over it. “When I saw that video, I was like ‘something’s not right here. How can it be so fast on the lap when it’s so slow on the straight. And where's the tyre noise, or G-force meter. And then we find out that after the record, the car was on special tyres. Come on guys…’”

Christian says Jim Glickenhaus’ plan to set up an official 'Ring time cup for carmakers is ‘a very good idea’, and says there’ll be no end to Nürburgring record conspiracy theories until a carmaker does a lap, then shows its car on the scales, with a close up on its tyres, and ‘with a receipt for what fuel went into the tank.’ So, is he interested in taking the One:1 or Regera for another crack at the title, or has the Lambo controversy put him off?

“Both. This has put me off, but we still have the ambition.” 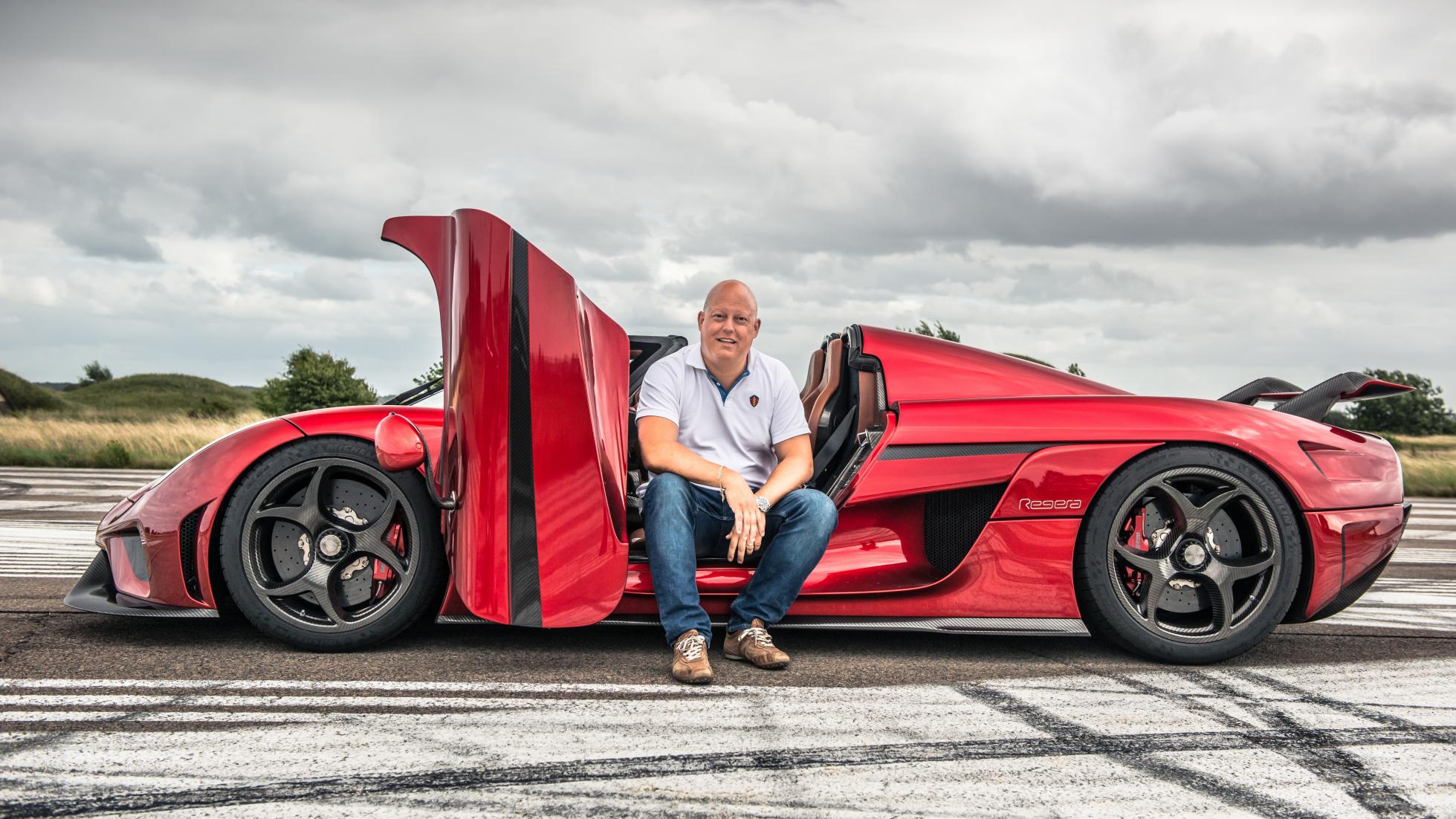 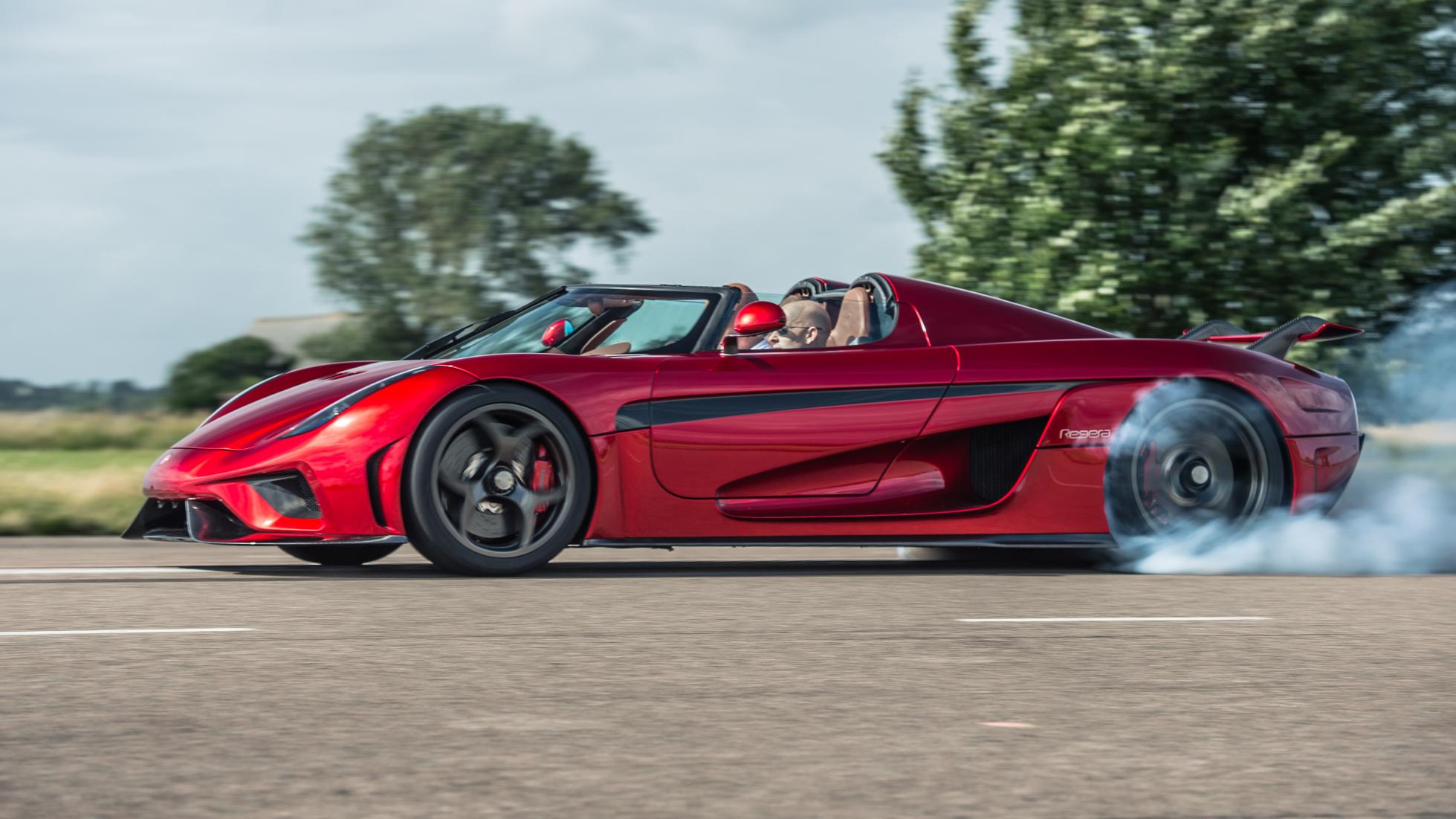 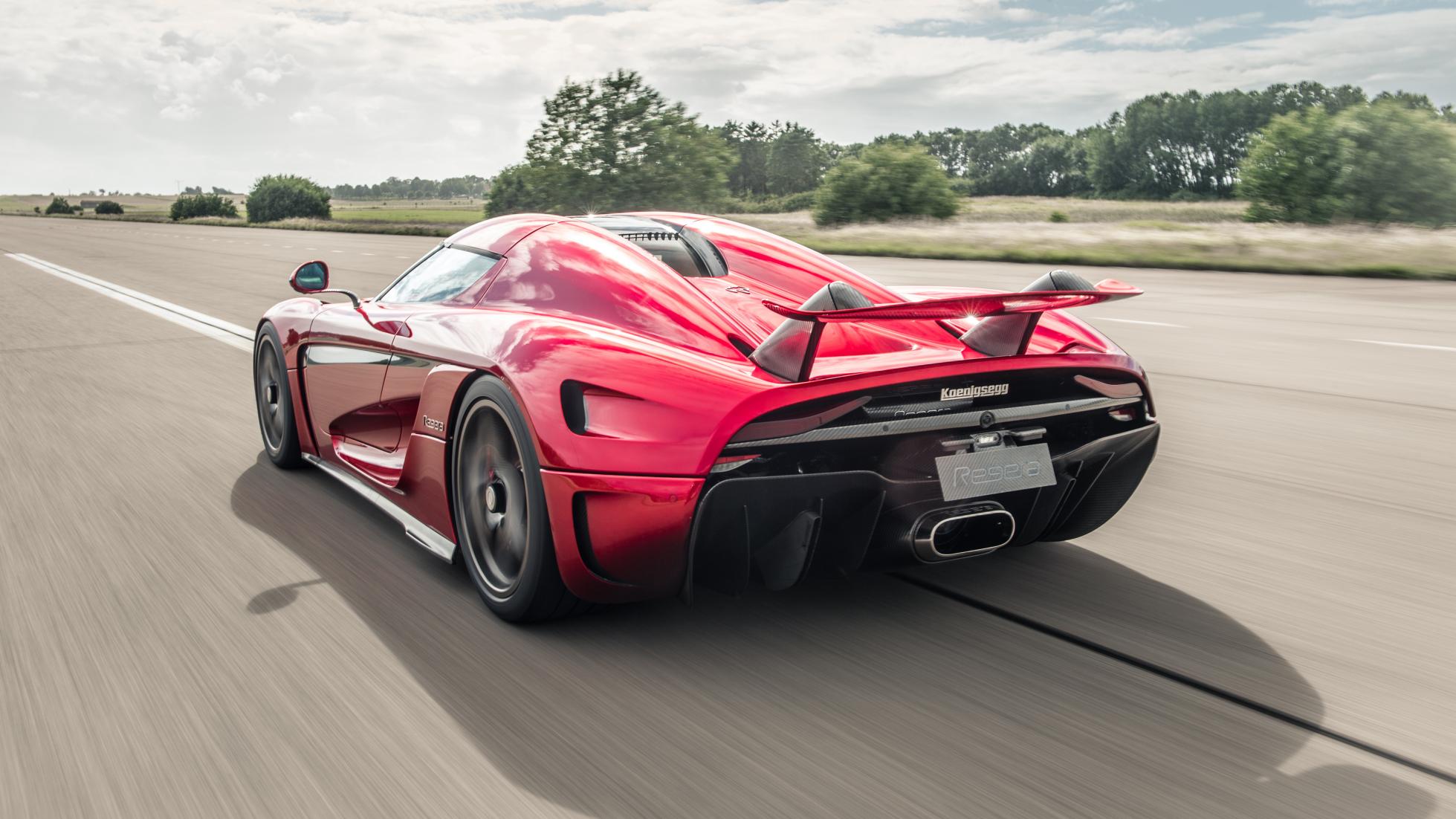 With the One:1, or the new Regera?

“Time is passing now. The One:1 belonged to a very good friend of mine and we’re now repairing it for him. So I’d have to ask him! Buy maybe we could use an Agera RS, or a Regera, though it’s not a focused track car.” Christian has the expression of a man who is thinking out loud, running lap-time calculations and logistics in his head as he speaks. “The One:1 had 600kg of downforce, whereas we have 400kg on the Regera – which is still a lot…but it’s 200kg heavier…”

Then, Mr. Koenigsegg drops an almighty performance bombshell. “When we were doing the One:1 practice runs, we were already around seven minutes.”

“Really. And that was a leisurely run. Everyone who drove the car said ‘if we really push and hang our balls out, this is a 6min 40sec car’. Then we had the stupid ABS failure, and we never got to prove it. The practice laps weren’t even done on full power – we limited the car to 900bhp, which is 460bhp short. But that’s only worth 3-4 seconds on the lap.”

When we were doing the One:1 practice runs, we were already around seven minutes

Crikey. Makes you wonder how much faster ‘Seggs can get. On the other end of the scale, CvK says he’s toyed with the idea of an entry-level model but it’s not in the pipeline for the foreseeable future, "because Ferrari, McLaren and Lamborghini already do a really good job in that hornet’s nest".

In the past Christian’s affirmed his respect for Tesla, and its founder Elon Musk. So, here’s the big question: would he go to the moon in a SpaceX rocket? “Err, maybe!” he smiles. “But I guess my kids wouldn’t be too happy, so it’s not up to me. But I’m a huge admirer in what he’s achieved, and his relentless jumps from cars to space travel to tunnel boring… I would love to diversify into other areas, and build more stuff, but I don’t have the billion-dollar foundation of PayPal to build on. But I’m flattered to be compared to Elon. We are an ant in comparison to him.”

“Our owners drove the cars over the Alps in terrible weather to get here. One of the drivers was on brand new winter tyres, and many SUVs with winter tyres were getting stuck and sitting there with their hazards on, but our car was good in the snow.

“As long as you have winter tyres, they’re light, the grip-to-weight ratio is very good, the traction control and ESP is good, the centre of gravity makes it easy to control... in my mind a Koenigsegg is a perfect winter car. You might need to lift the car for better ground clearance, of course, but because we have front and rear lift systems, we have better ground clearance than most supercars. The car should be fully useable. If you can’t enjoy a car, it’s basically use-less.”