Here's how McLaren made a road bike faster

McLaren Applied Technologies worked with Specialized to build the Roubaix 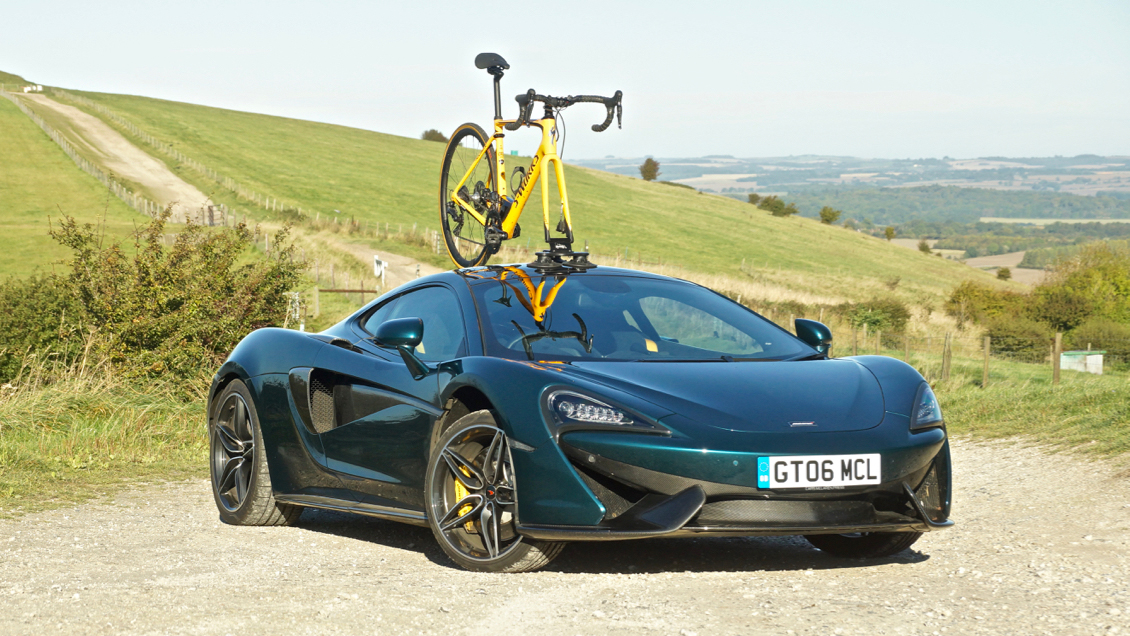 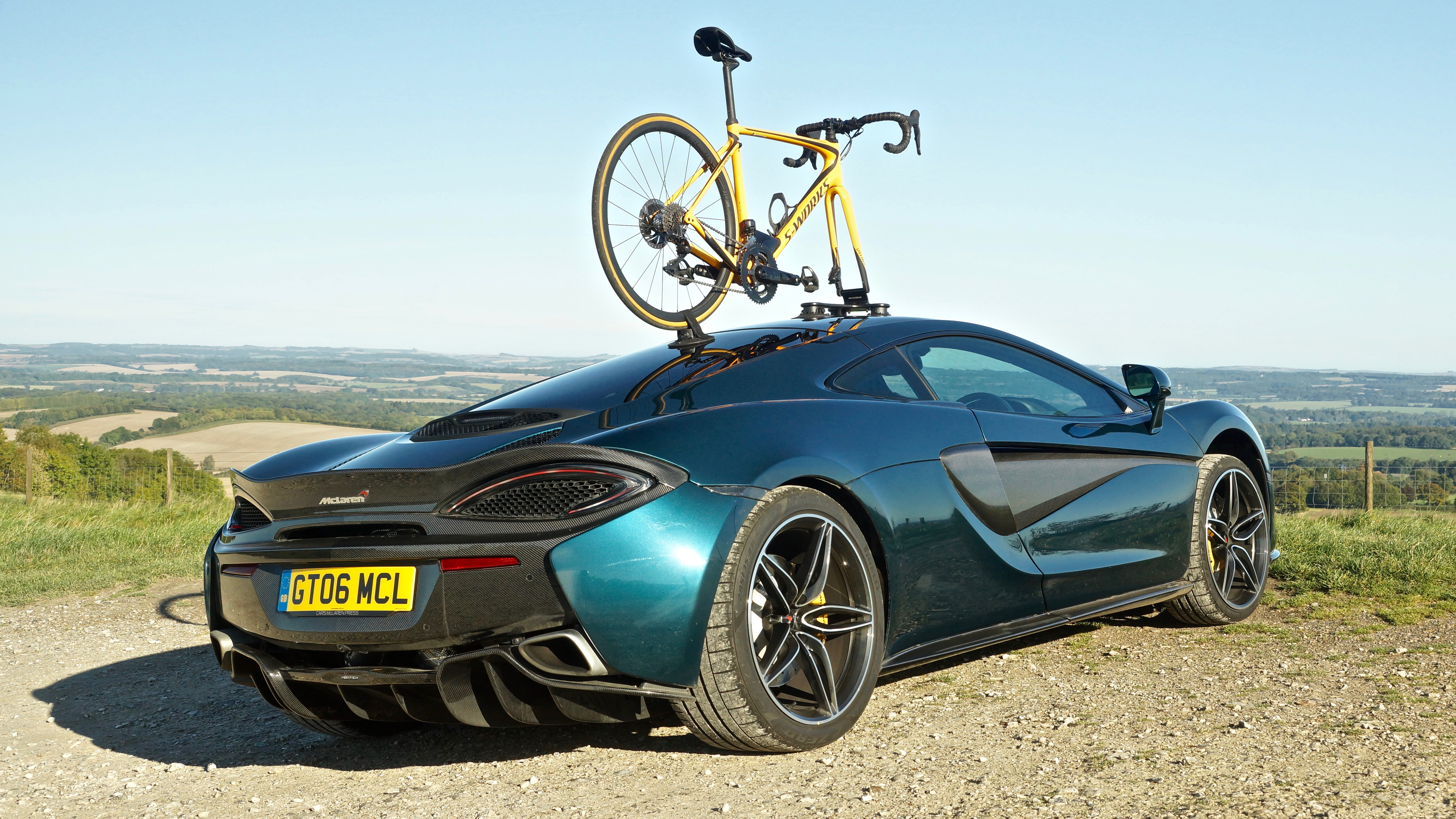 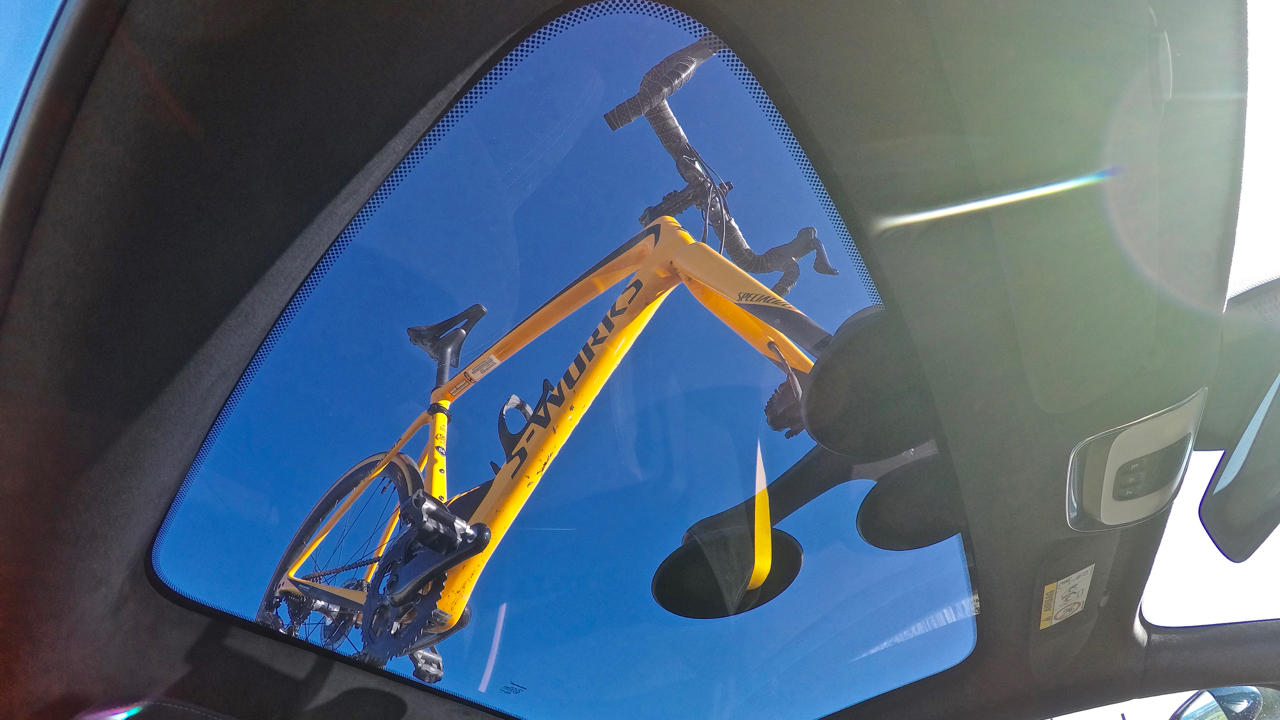 At McLaren there’s a department called Applied Technologies. It was set up about ten years ago with a view to helping ordinary companies get a dose of F1 magic. “Let F1 help your business become more streamlined!” It sounds like so much PR guff, but as a consultancy it clearly works. From an initial staff of two, McLaren Applied Technologies now employs 500 people.

This is our long term McLaren 570GT, as designed and built by McLaren Automotive. It’s got a bike on the roof. That’s a Specialized Roubaix, designed with McLaren’s help. In its own way, it’s revolutionary and much of that is due to McLaren. Anyway, attaching bike to car is a clumsy, but photogenic, way of drawing a tenuous link between the two and telling you a bit about what McLaren does when it’s not building fast road cars or slow racing cars. Warning: this story will contain bikes.

Let’s start with a bit of McLaren/Specialized history. Duncan Bradley is the Design Director of McLaren Applied Technologies. “The Roubaix was the third major project we’d done with Specialized. The Venge, back in 2011, was about composite optimisation - making the bike both stiffer and lighter. We know a lot about composites and lay-up, so we were able to help Specialized a lot in that area. Then we worked with them on a helmet, and that was mostly around aerodynamics. The Roubaix was very different because it was about unpicking free speed from the bike and what part compliance plays in that.”

Before we go any further, an explanation. The Roubaix bike is designed to excel on a race called the Paris-Roubaix. Its nickname is the ‘hell of the north’ not only because it’s often cold and wet, but chiefly because it includes cobbled sections. On a road bike with no suspension and skinny tyres, that’s hellish. Imagine using a single-seater on a rally stage. Cruel.

So Specialized turned to McLaren. This resulted in two very clear and concise things: one philosophical, the other practical and tangible. Here’s Bradley again. “Our basic concept was that we needed to suspend the rider, but not the bike. When the bike goes over a bump, forces go up the forks, through the frame, along the handlebars and saddle, and into the rider. And the rider is a component of the bike, he’s 75kg of movable water, and he has a huge effect on the dynamics of the bike. The vibrations travel through him and then back into the bike, and the bike doesn’t deal with that very well. There are lots of losses in the system.”

What resulted was a suspension system called FutureShock. The design of this was done by Specialized, but built around work done by McLaren. So instead of suspension being put in the forks, here it’s put in the stem that links handlebars to bike. It’s very neat because apart from a rubber gaiter you don’t even notice the sprung stem, which gives enough vertical movement to damp shocks out, giving the rider more comfort. There’s also a neat kink, plus some intentional fore-aft flex, in the seat tube to soften the impacts to the rider’s rear.

But there’s more to it than that, because it works reciprocally as well. Not only is the rider more comfortable, but as the shocks aren’t travelling back into the bike, the bike is able to track more accurately over the ground as the affects of a 75kg human bouncing around on top are lessened. “The system is obvious when you think about it – you don’t want to waste energy lifting the bike, while by taking unwanted vibrations out of the bike, cornering speeds have also increased as the front wheel tracks the ground better.”

Now, I like bikes and I ride a lot, but I’m no expert reviewer. However, the Roubaix is unlike any other road bike I’ve ridden. It’s odd initially because you don’t get the chatter and vibrations you’re used to. But after a while you realise how stiff and fast it still is, and that you only notice the handlebars bouncing when you’re up out of the saddle. Even then the movement is well controlled, and the bike seems to glide along. Feels massively stable and secure around corners, too.

The system was introduced last year. Has it been a success for Specialized? “Put it this way,” says David Gridley, senior account manager at Specialized UK. “FutureShock is fitted to every Roubaix now, plus we’ve rolled it out to two other bike ranges as well”.

But in order to get to this stage McLaren had to model the behaviour of bike and rider. Here’s Bradley. “We built a physics model and asked it to predict what a real bike would do in the same circumstances. This is familiar practice in motor racing, but had never been done before for a bike. It took a couple of years to unpick what was happening in the bike, but we finally got to a stage where the model accurately predicts what the bike will do on any surface, in any condition no matter who is riding it."

The Roubaix was remodelled by the software over 2,000 times before it went into production, and that meant very few prototype bikes – only around half a dozen – had to be built. According to Gridley, “we learned more in six months than ten years of bike design“.

How does a 570GT behave with a bike on the roof? Well, seeing as the bike only weighs around 7kg, it’s not making much difference to the centre of gravity. The knowledge that there’s £9,995 worth of bike up there however does temper cornering speeds...