The mad Mini JCW GPs: which one would you choose? | Top Gear
Advertisement
Hot Hatch

The mad Mini JCW GPs: which one would you choose?

We’ll drive the new 302bhp GP soon. Until then, here’s it mooching around with the olds 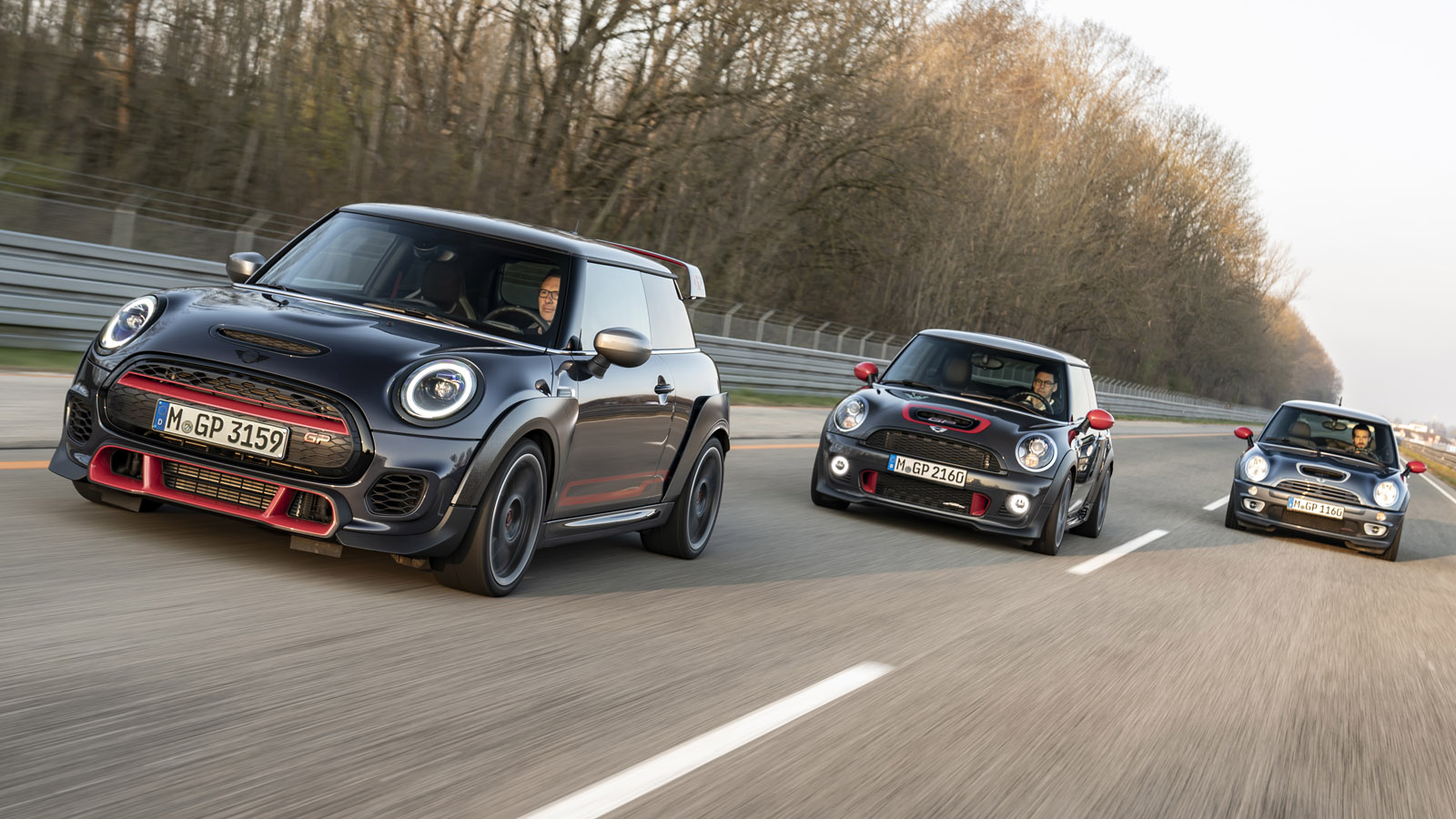 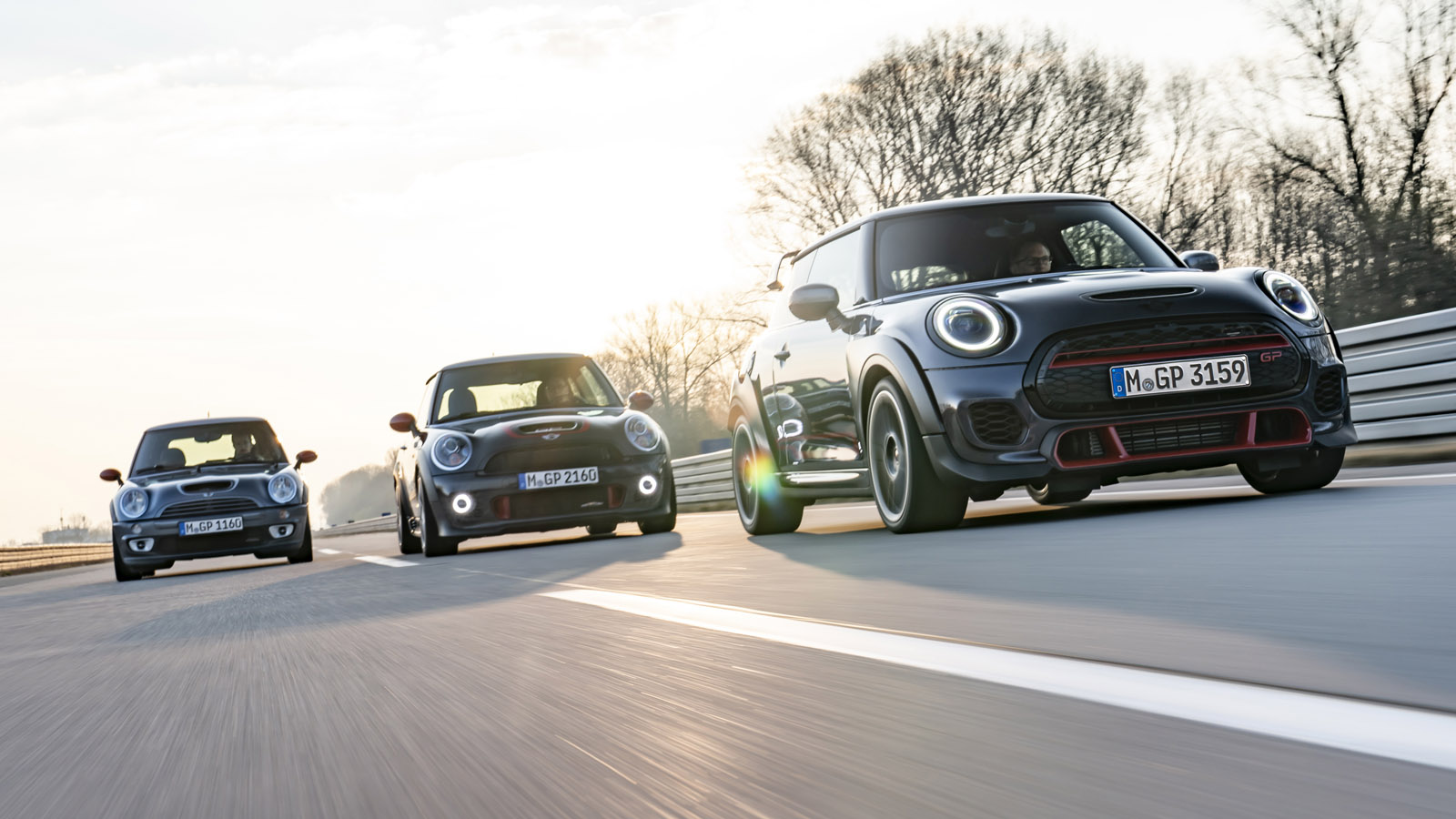 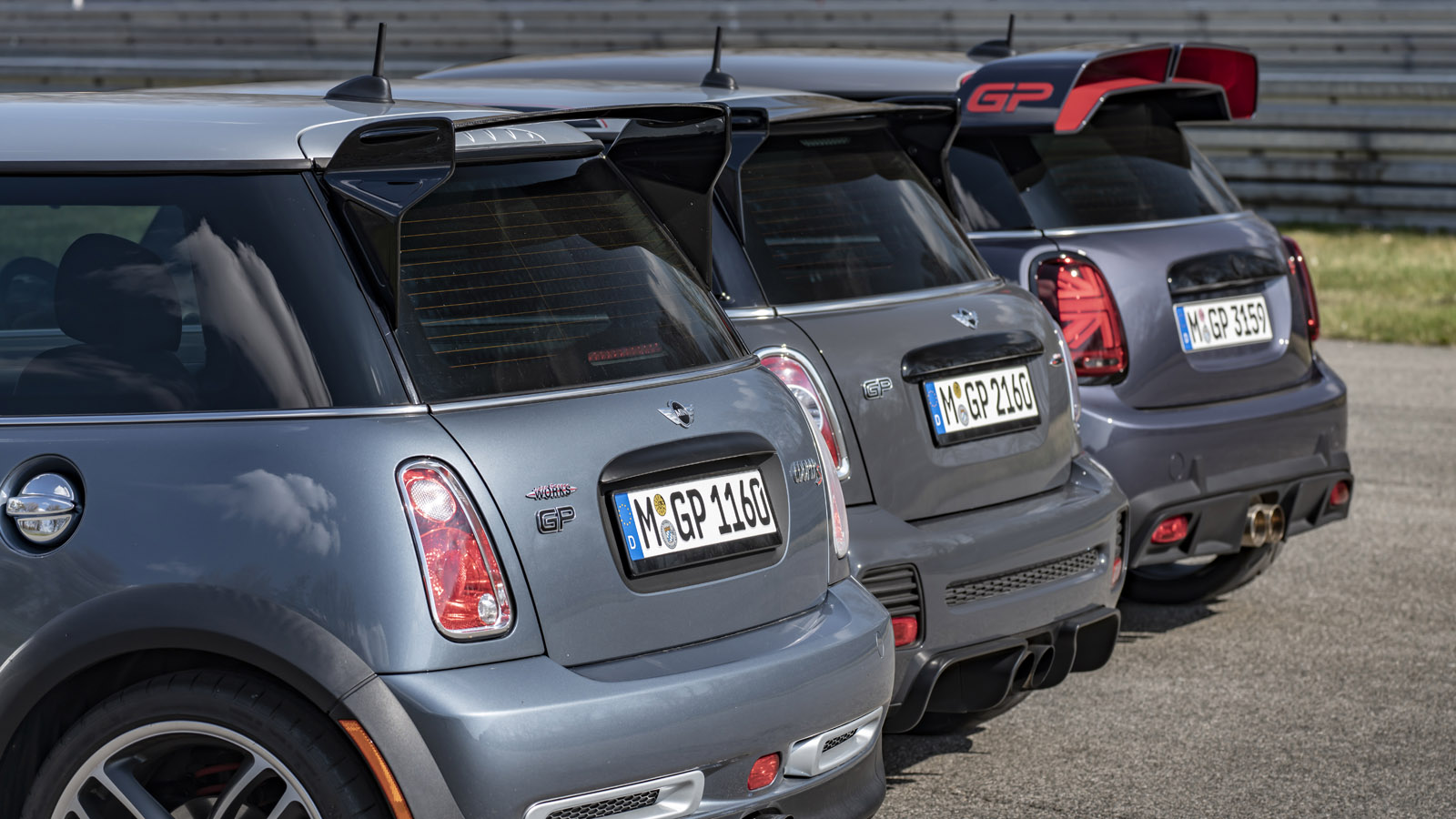 If you like your hot-hatches a bit spicy, they don’t come more piquant than the Mini John Cooper Works GP, now in its third generation of lunacy. We’ll be getting our hands on the new one as soon as lockdown restrictions allow, but to tide us over until then here’s some pictures of it having a ding-dong, in Germany, with the two previous generations.

To recap: this new GP is just as extreme as its predecessors, probably more so. Power is up to 302bhp and 332lb ft from the same 2.0-litre four-cylinder motor as the uninspiring 4WD BMW M135i. It uses the same eight-speed auto too, no manual option unfortunately, with power sent to the front-axle.

The GP is therefore slightly slower from 0-62mph than the M135i – 5.2 seconds plays 4.8. Faster outright, though, with an un-restricted 164mph top speed. A mechanical locking diff’ helps transmit power through front wheels to road.

It gets a 40mm wider track, rides 10mm lower than a normal Mini JCW, should be a fair bit stiffer, too. Inside the changes are more subtle – well, apart from the rear seats being lobbed out in true 'GP' tradition. The digital dials come from the Mini Electric, and some of the trim is 3D-printed. 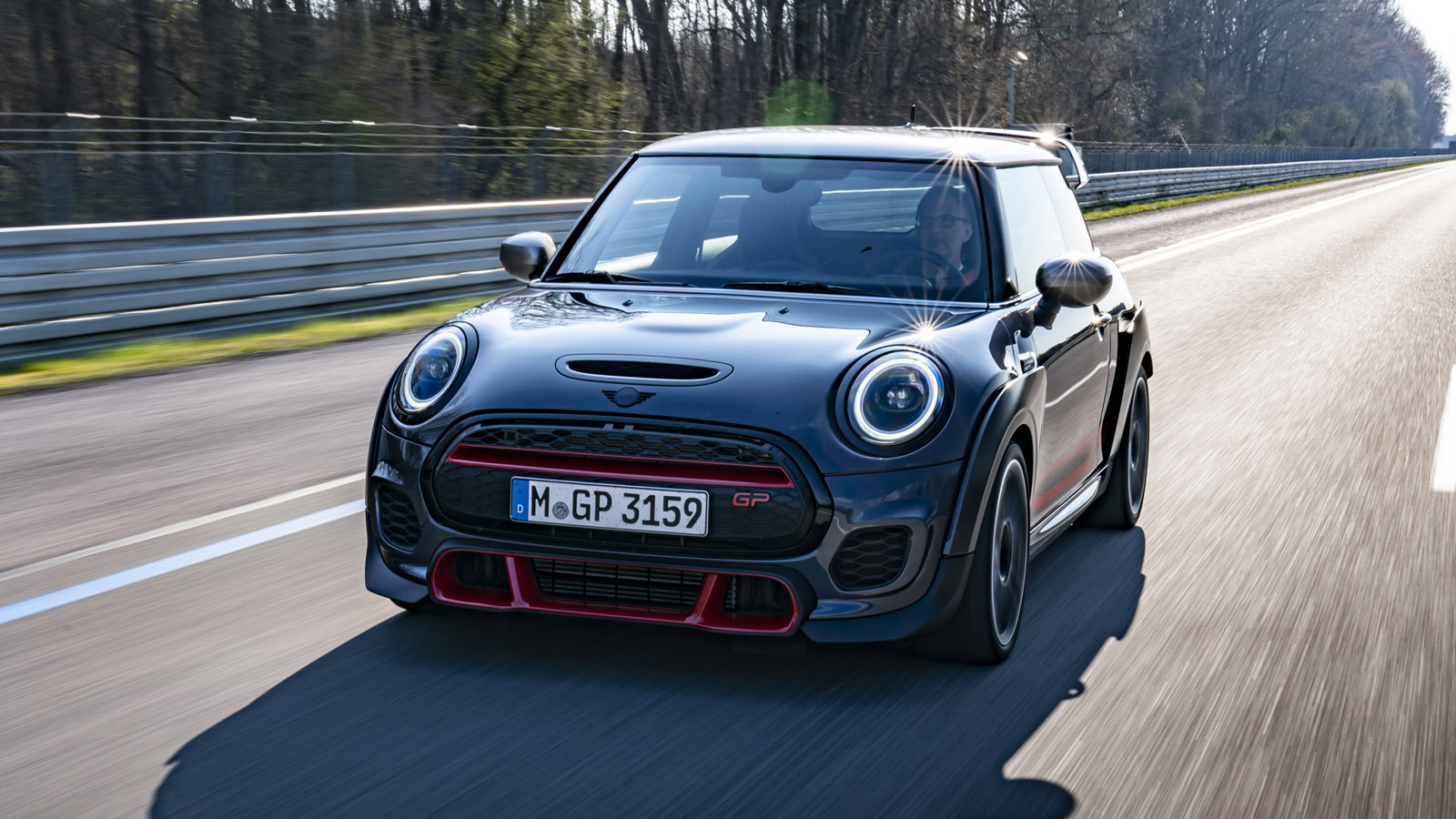 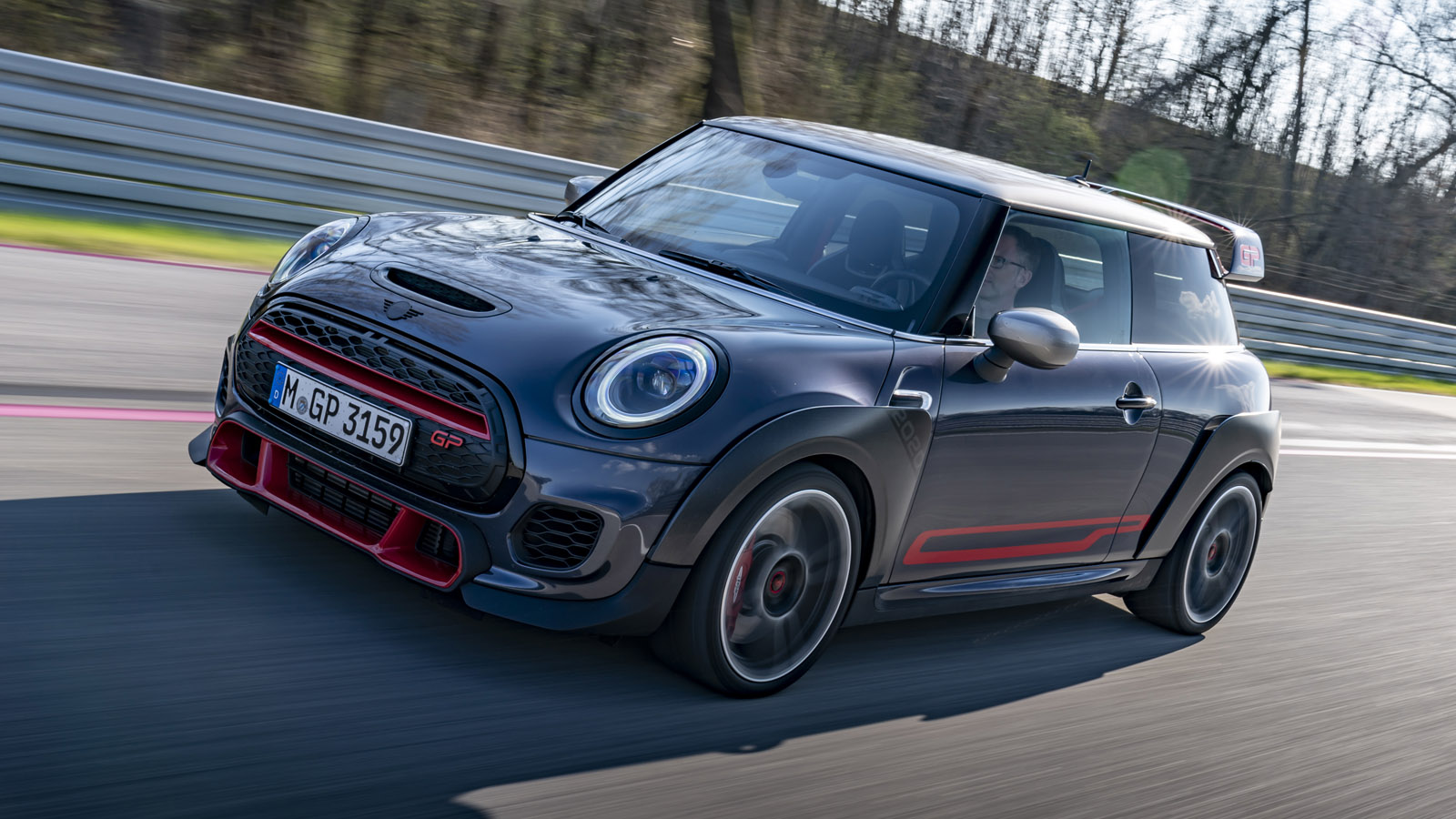 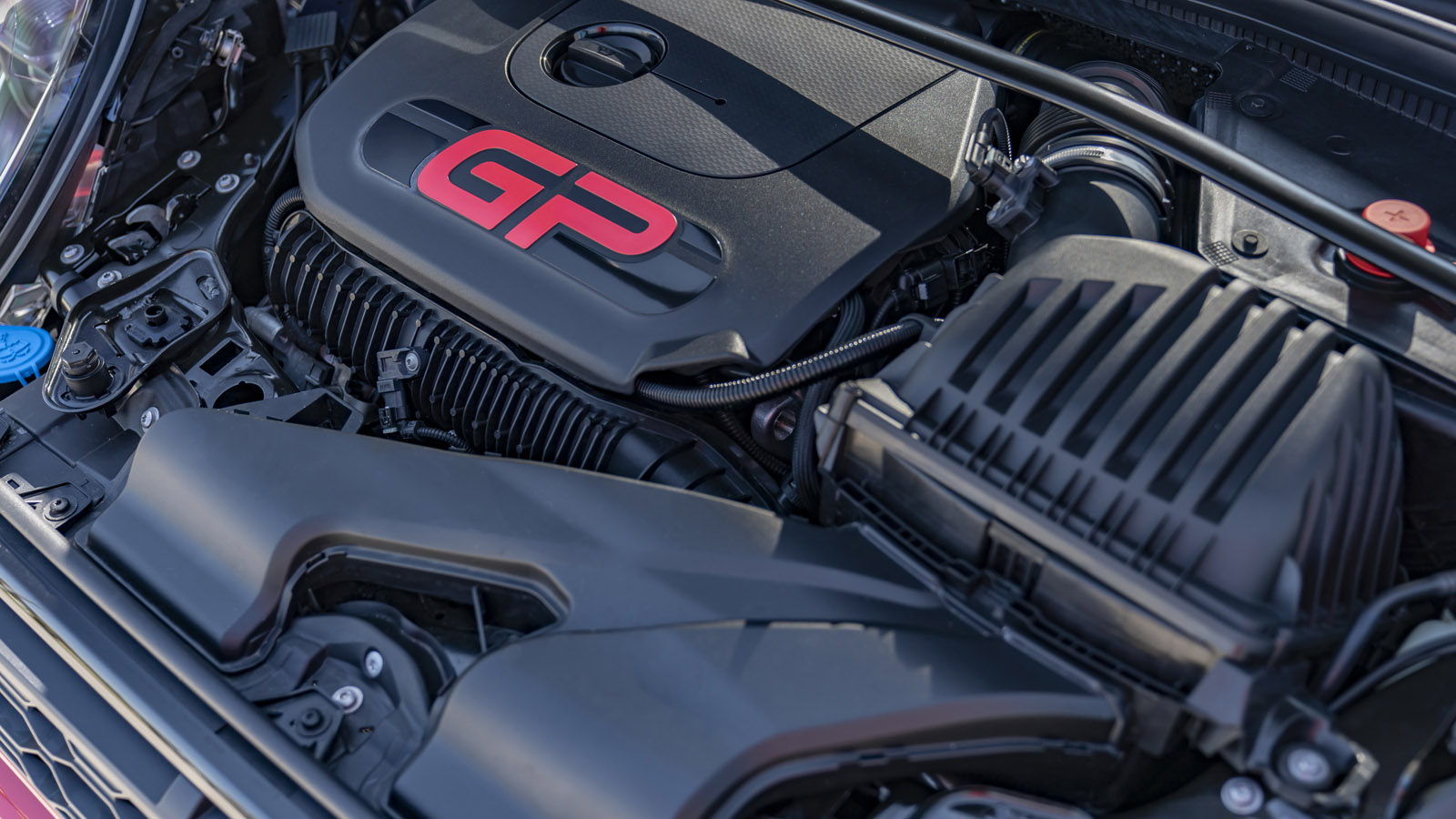 Sound serious enough? In development it clocked a sub-eight minute ‘Ring time, Mini says. Only 3,000 will be built, of which 575 will land in the UK in right-hand drive costing almost £35,000 each.

We never thought of the 2006 and 2012 GPs as introverts, but next to the new one, well, they are a bit. It’s those wheel-arches. Made from thermoplastic and carbon fibre-reinforced plastic recycled from the production of the BMW i3 and i8 (both of which use part-CFRP chassis), they contain the wider track. Then there’s the spoiler, ooof, and the less said about those Union Jack taillights the better.

But there’s just something about the simplicity of the original – the Cooper S Works GP. Launched in 2006 and limited to 2,000 cars (450 for the UK) it cost £22k new, weighed 50kg less and sat 10mm lower than the Cooper S of its day. It’s output of 218bhp sounds fairly unremarkable 14 years on, but this was the addictive little supercharged 1.6 remember, it’s been turbos ever since. 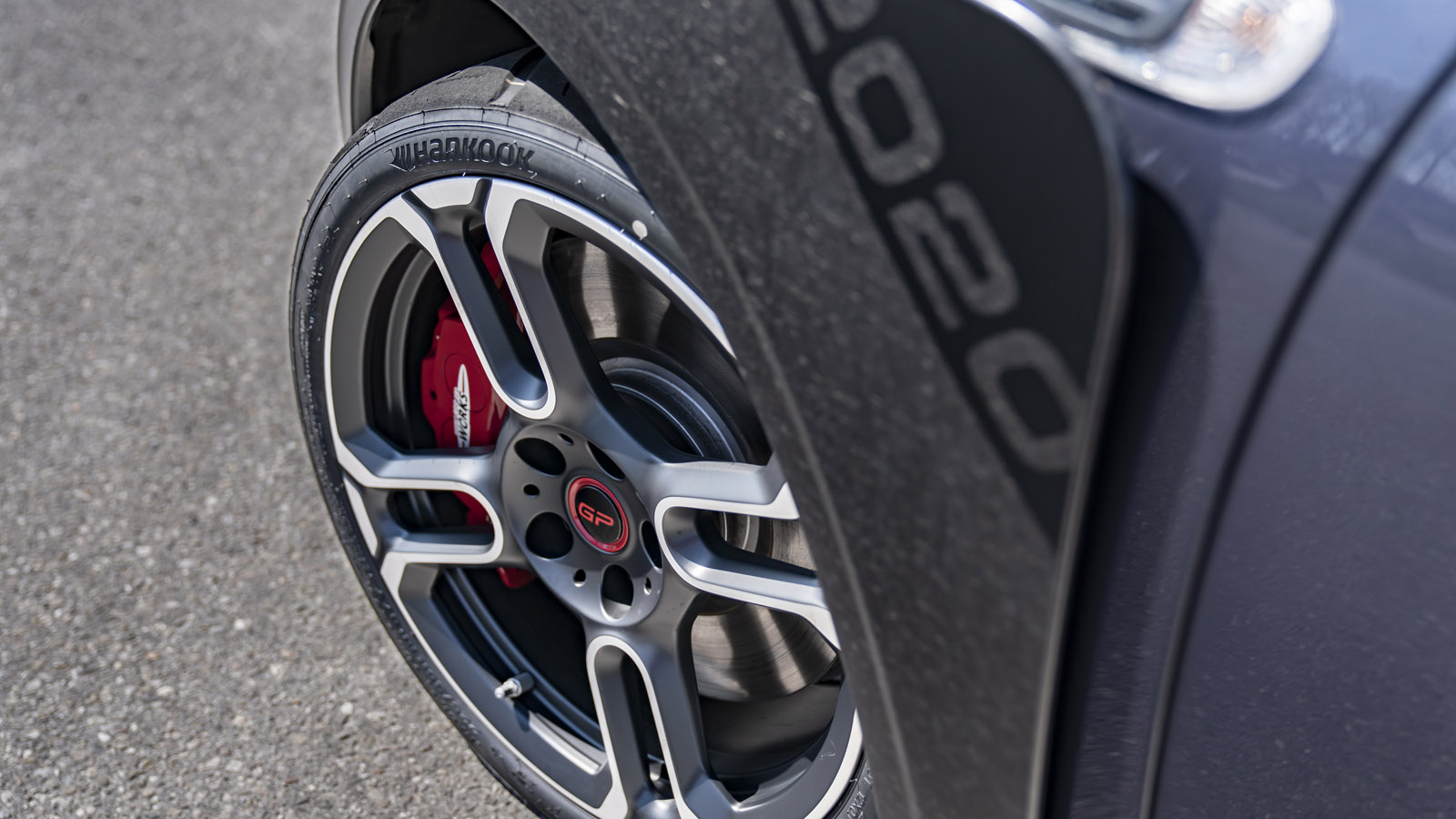 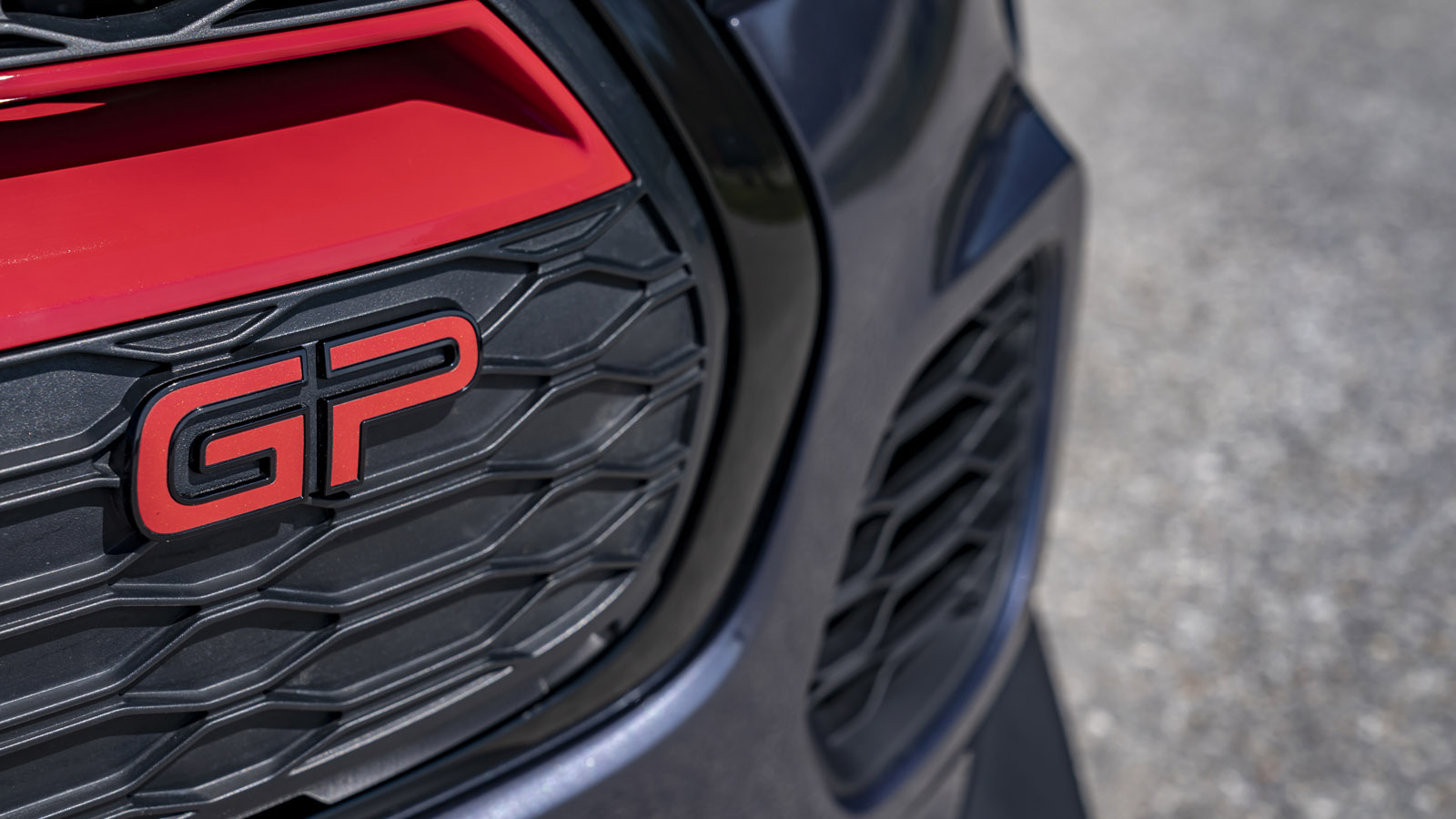 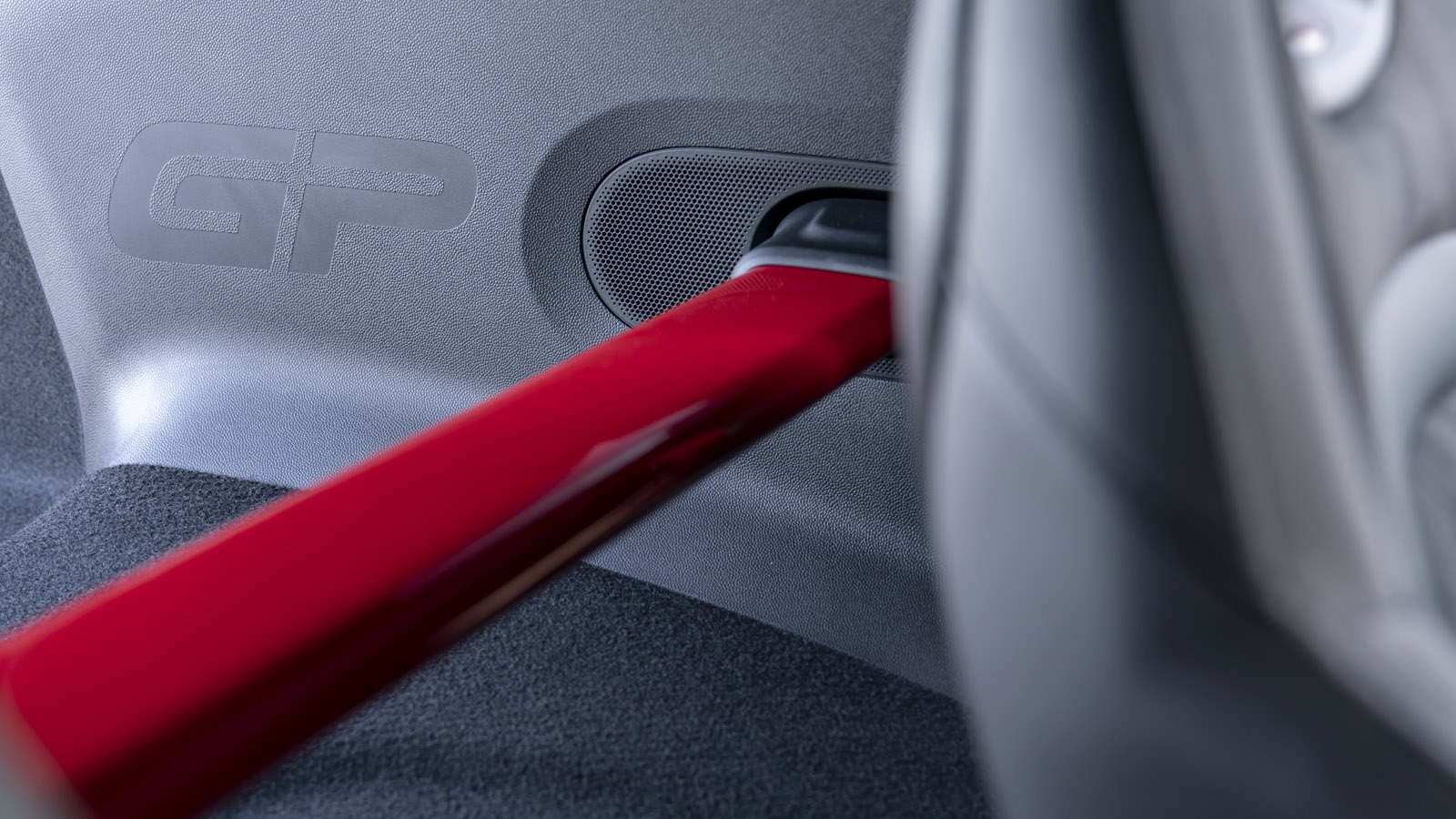 How did it stack up when we last drove it? “Properly old-school. That’s your short answer. Driven back-to-back with any modern hot hatch, this will feel more than ten years its senior. Partly it’s in the power delivery. The supercharger wails merrily away as the revs climb. And those revs build in a completely linear manner. It almost feels slow at first if, like me, you’ve become so accustomed to bracing yourself for a kick of a turbocharged mid-range. Light on its feet, too. Compared to newer stuff, it feels a little skittish. It’s from a time when hot hatches didn’t race for ‘Ring records and the limpet-like grip those require.”

The ‘second-gen’ 2012 model is a fraction harder to get excited about. Yes, it crackles and pops more than my three-year old’s breakfast, but with only 215bhp from its now turbocharged 1.6, it didn’t exactly blow anyone away. Chassis mods meant it was still flippin’ quick though – posting an 8m 23s lap of the ‘Ring, although in the real-world 0-62mph in 6.3 seconds is fairly pedestrian by today’s standards.

So, you can see why BMW wanted to crack on a bit with this new one and put it right up there with track-focused royalty like the latest Renaultsport Megane Trophy-R, Top Gear’s reigning Performance Car of the Year. What’s your pick, then? Could you live with something as extreme as the new one or do you prefer to kick it old school? Let us know in the comments below.