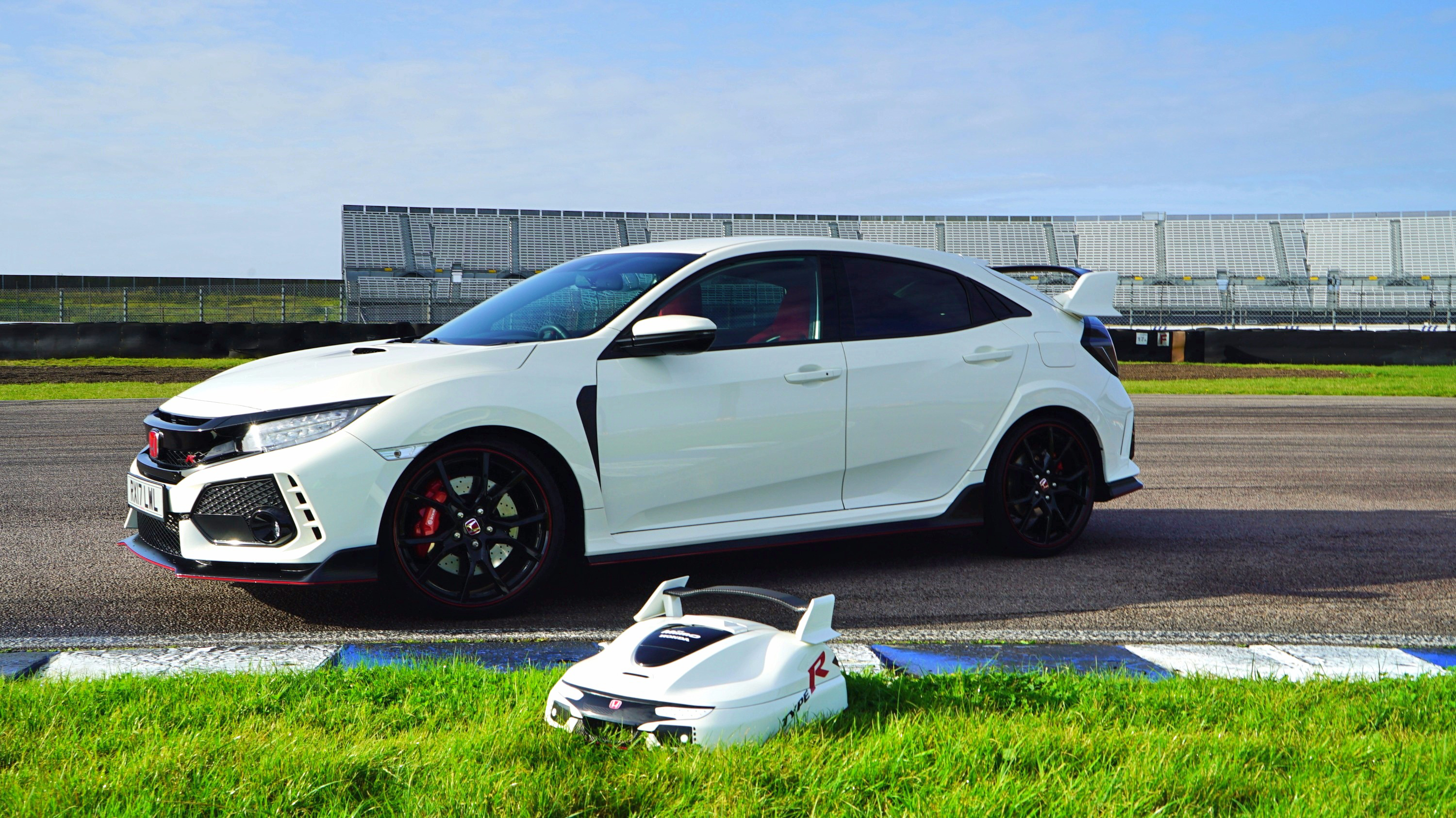 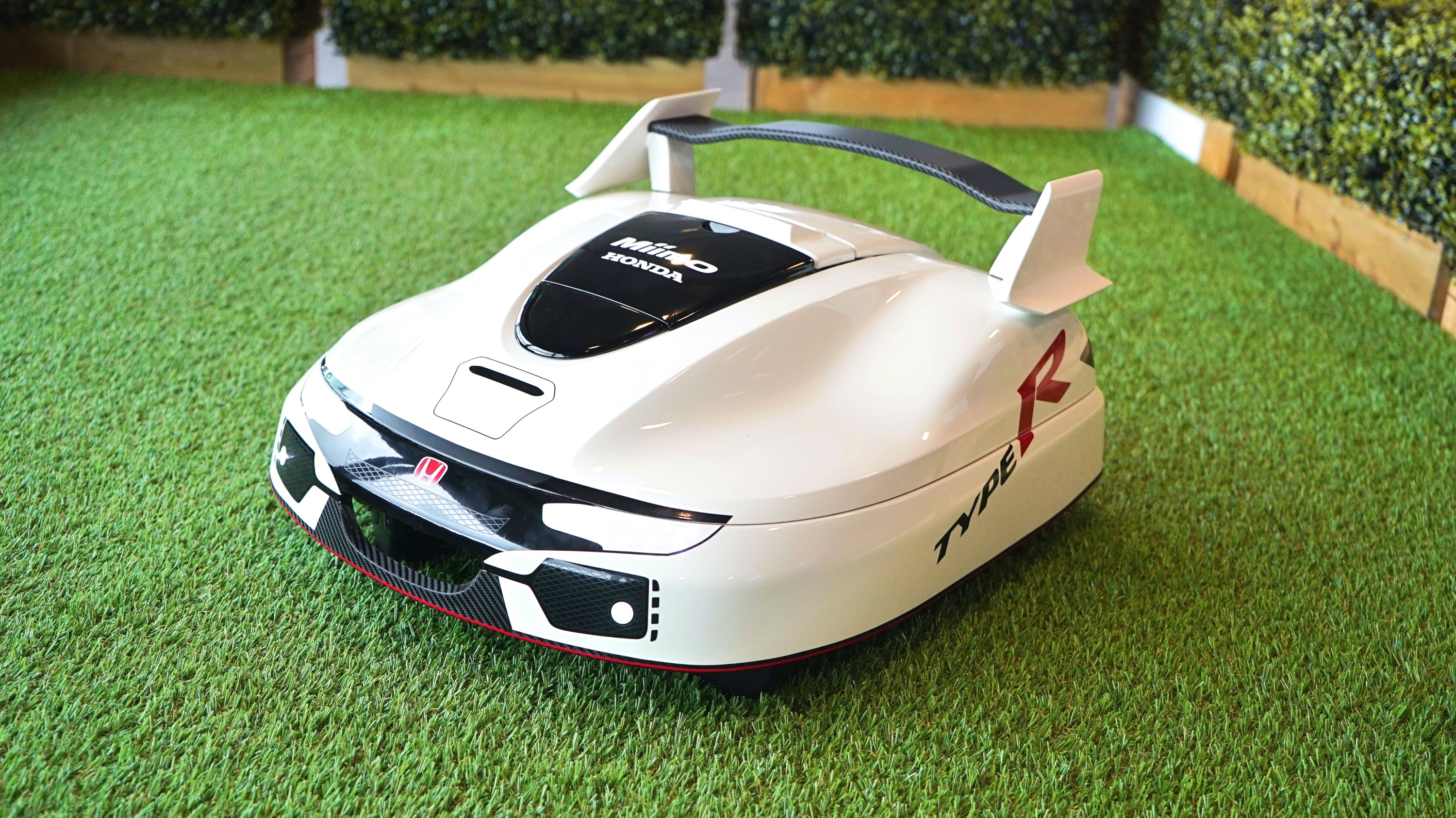 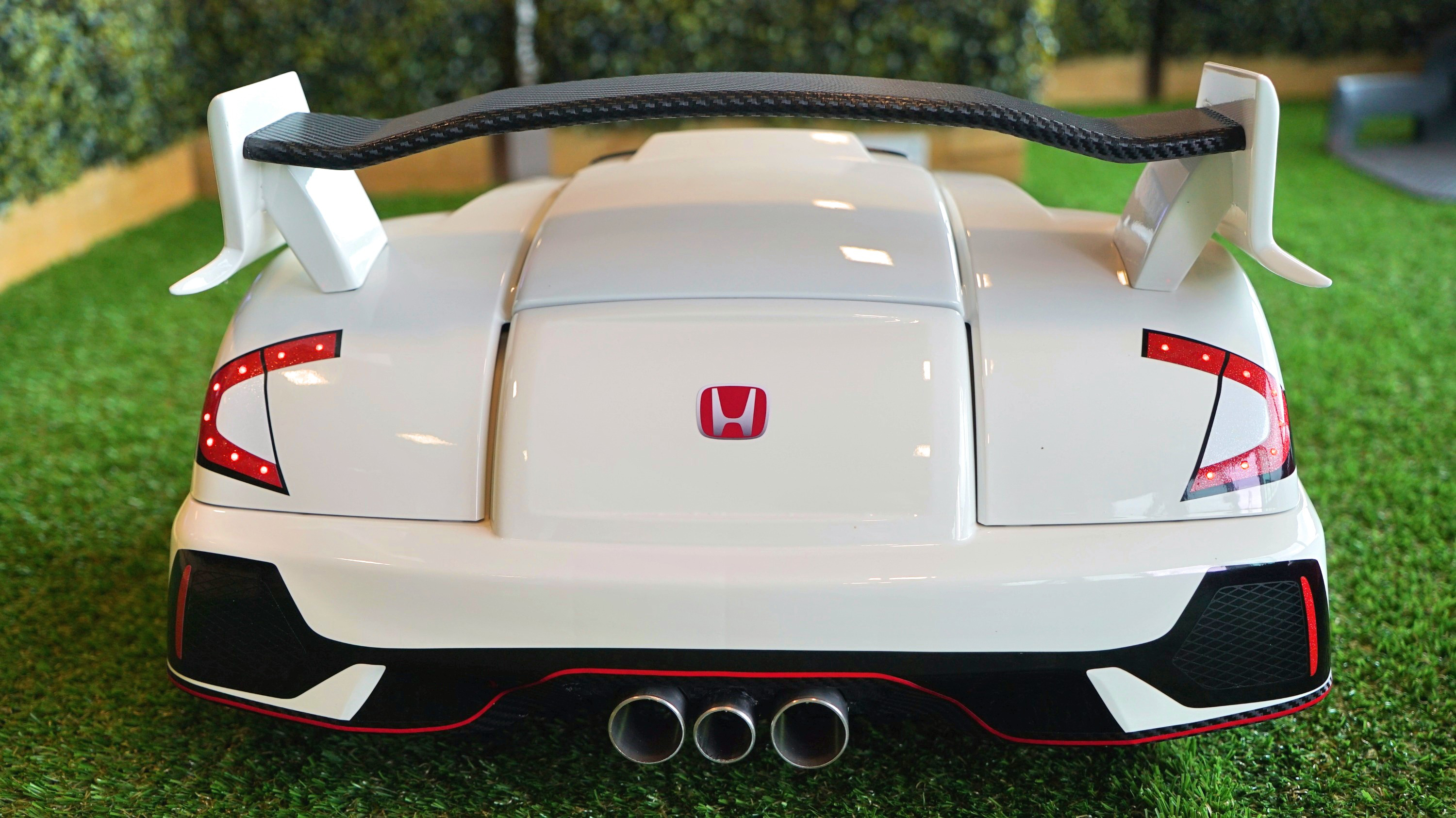 Meet Miimo, Honda’s wonderful and rather cutesy autonomous lawnmower. Introduced in 2013, over the last few years many Miimos have been scampering around gardens, cutting grass and trying not to capsize into flower beds.

To celebrate the 25th anniversary of Honda’s go-faster arm – Type R – the innovative folks at Honda decided to make a special edition Type R Miimo prototype. Yes, we know, the want is strong with this one.

Finished in Championship White paint with Honda's signature Type R trademarks like ‘Red H’ badging, a black and white spoiler, black bumpers and logos down the side, it’s the perfect stablemate for any Japanese hot hatch enthusiast with an actual Type R in the garage.

Miimo is powered by a beefy lithium-ion battery, and marches autonomously around your garden through a series of controls, timers and real-time sensory feedback. It cuts your grass in a slightly befuddled fashion until it headbutts a perimeter wire and pinballs off in another direction.

Programmed to trim blades of grass little and often, Miimos clippings are so small they do not need to be collected. Instead, they are scattered back into the lawn, acting as a natural fertiliser. When the little tyke gets tired of mowing, it burrows back to its self-charging point and has a nap, then wakes up a few hours later to get cutting all over again. Excuse us while our hearts quietly melt.

Silly question, but with an electric drivetrain, self-charging functionality and an autonomous mode, could Miimo be a hint to the Civic Type R of the future? Possibly. But then again it’s just a lawnmower. Either way, Honda needs to make this a production model now.