Lotus: “we will always be the benchmark in light weight”

Electric and SUV Lotuses are coming, but its boss assures us the ethos won’t change 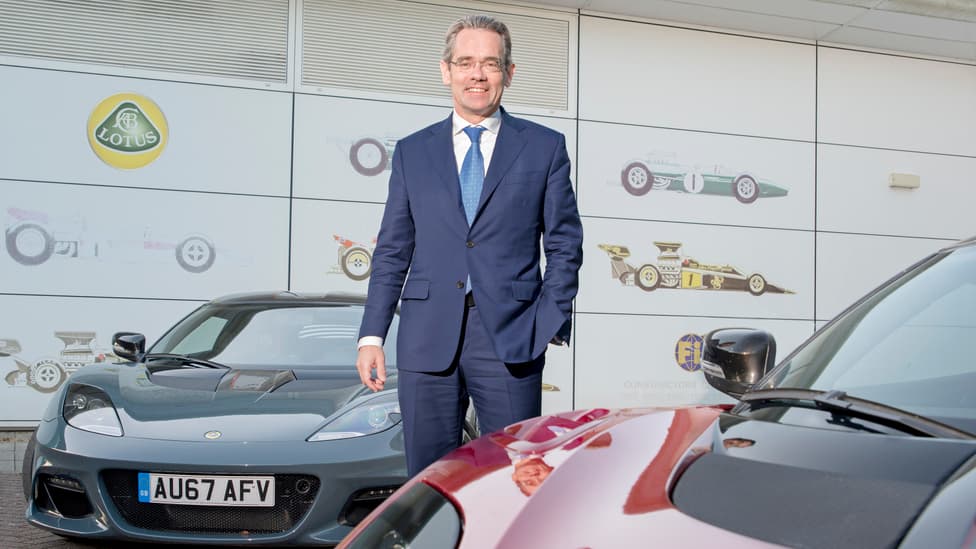 It’s only a couple of weeks since we last spoke to Lotus boss Jean-Marc Gales. But then the Exige Cup 430 has launched only weeks after its Evora GT430 equivalent, so it would have been rude not to have another chat with him.

While he didn’t lay out the blueprints of Lotus’s future right before our eyes, he’s given some good hints at what to expect. “We have a ten-year plan which we will reveal next year,” Gales says. That includes electrification of its models.

“We will always make sports cars,” Gales assures us. “We make the most agile sports cars, the ones most about light weight. But we need to adapt to changing homologation laws. The sports cars we show in the next three years will be different to the ones we’re building now.”

He cites 2020 as the year the first new-era Lotus will arrive. “It will definitely be different. But we will always be the benchmark in light weight, aero and handling,” adds Gales.

And we should expect it to actually arrive, not like the touted models of the company’s previous false dawns. There’s a lot of Chinese money behind the brand after Geely’s takeover, after all.

“Geely have the tech we need for the future, they have the money, but they respect our brand. They know that Lotus needs to stay Lotus. We will always be sports cars, they are so important for us, they are part of our DNA. We will have a deep look in our shareholder’s parts bin and see which parts we can use for our sports cars.”

‘Sports cars’: it’s a phrase Gales is keen to repeat. But that doesn’t mean an SUV isn’t coming. “It will be lower, wider a lot lighter and much better handling than existing SUVs or crossovers,” Gales says.

Will it come at the expense of the harder cored – but still relevant – stuff like that mad new Exige and the myriad Elise specials? “We will make them as long as we’re allowed to make them,” he replies.

Does that mean until homologation rules or parts supplies make it literally impossible? “Absolutely. But we do not want to become a Caterham and build the same car for 30 years. With the new shareholder we have avoided that. We have a really bright future.”

Next year Lotus will hit 100,000 total sales in its history. Which marks out just how niche this company has been in its history so far; Porsche has sold over one million 911s alone. I ask how quickly he expects the next 100,000 to come along.

He adds that revenue is going up, though, and that the last year’s 1,500 or so cars will turn over £100million: the average price buyers shell out now tops £60,000. Proof, if any were needed, that the Elise’s rise from affordable roadster to aero-covered track special is fully justified…