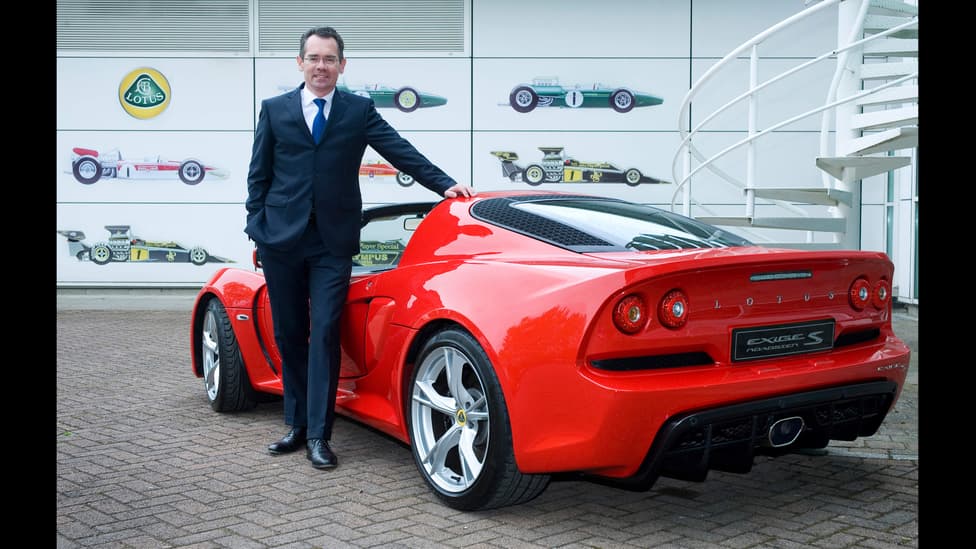 While snooping around Lotus’s Norfolk headquarters to drive the new, rather terrific Exige Sport 350, Top Gear had a good chat with the company’s boss, Jean-Marc Gales. Here’s what we discovered about new Lotus cars, making it big in America, and why pulling out of F1 isn’t causing any sleepless nights around Hethel…

We’re launching the Evora in the US in April next year, and already have 400 orders before the car has even been officially launched. We also have 202 dealers worldwide, and by the end of 2016, that’ll be 250 dealers.

Currently Japan is our biggest market, but we’ve seen a 55 per cent increase in UK registrations this year. That’s meant in November and December 2015 we’ve had a positive cash-flow, which is nice.

Forty per cent of our sales from outside of Europe are for automatic gearbox cars. Yes, it’s a Toyota gearbox, but we have our own software mapping.

When we first used it, I think we overdid the refinement, so the next cars will be more sporty, more hardcore, when they shift.

On not being in Formula One next season

Not being in F1 is not a blow for this company. Certainly not. F1 is only worthwhile if you have a car that can actually win races, and we didn’t.

Anyway, we already have the heritage of seven world championship titles. When people think of Lotus in F1, they already think of the 49, the 72 – not the modern cars.”

On replacing the Elise and Exige

Believe it or not there is still a lot to come from the current [20-year old] platform. There is at least another four years to go before we replace Elise and Exige.

Even when we do, we will stick with an extruded aluminium tub. I know Alfa Romeo have the 4C and the carbon tub, but it cannot be extended like aluminium extrusions, so it limits what you can do with the car. And it’s expensive.

The next Elise and Exige will be federalised for US sale, just as we have done with the Evora 400. Also, in 2016, we will launch an Evora Roadster, which is a good fit for the US market.

And of course, we can actually supply a customer with a car. I don’t think you can buy a GT4 any more…