Audi: "an RS 4x4 is a bigger priority than a hardcore R8” | Top Gear
Advertisement
Interview

Audi: "an RS 4x4 is a bigger priority than a hardcore R8” 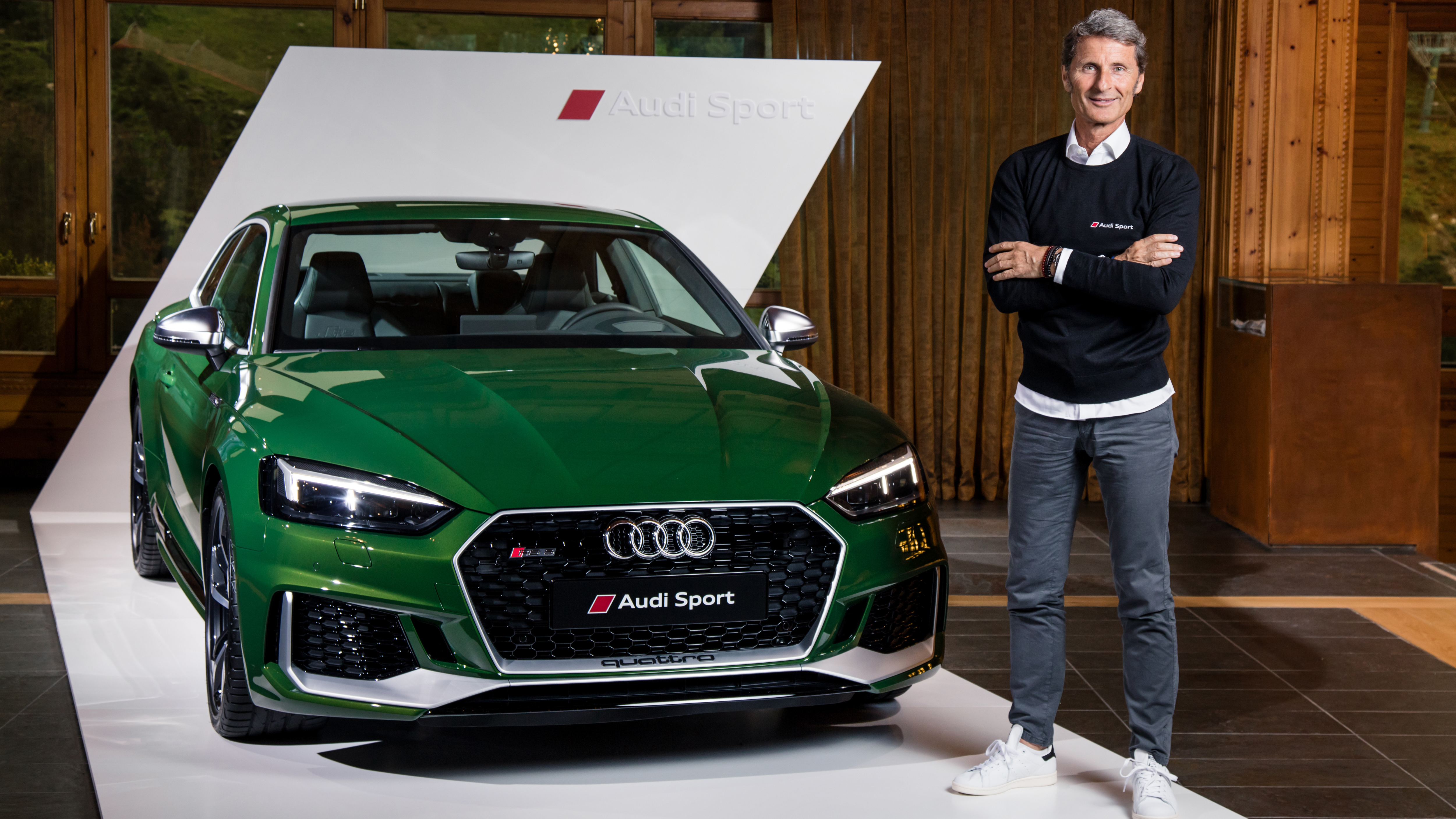 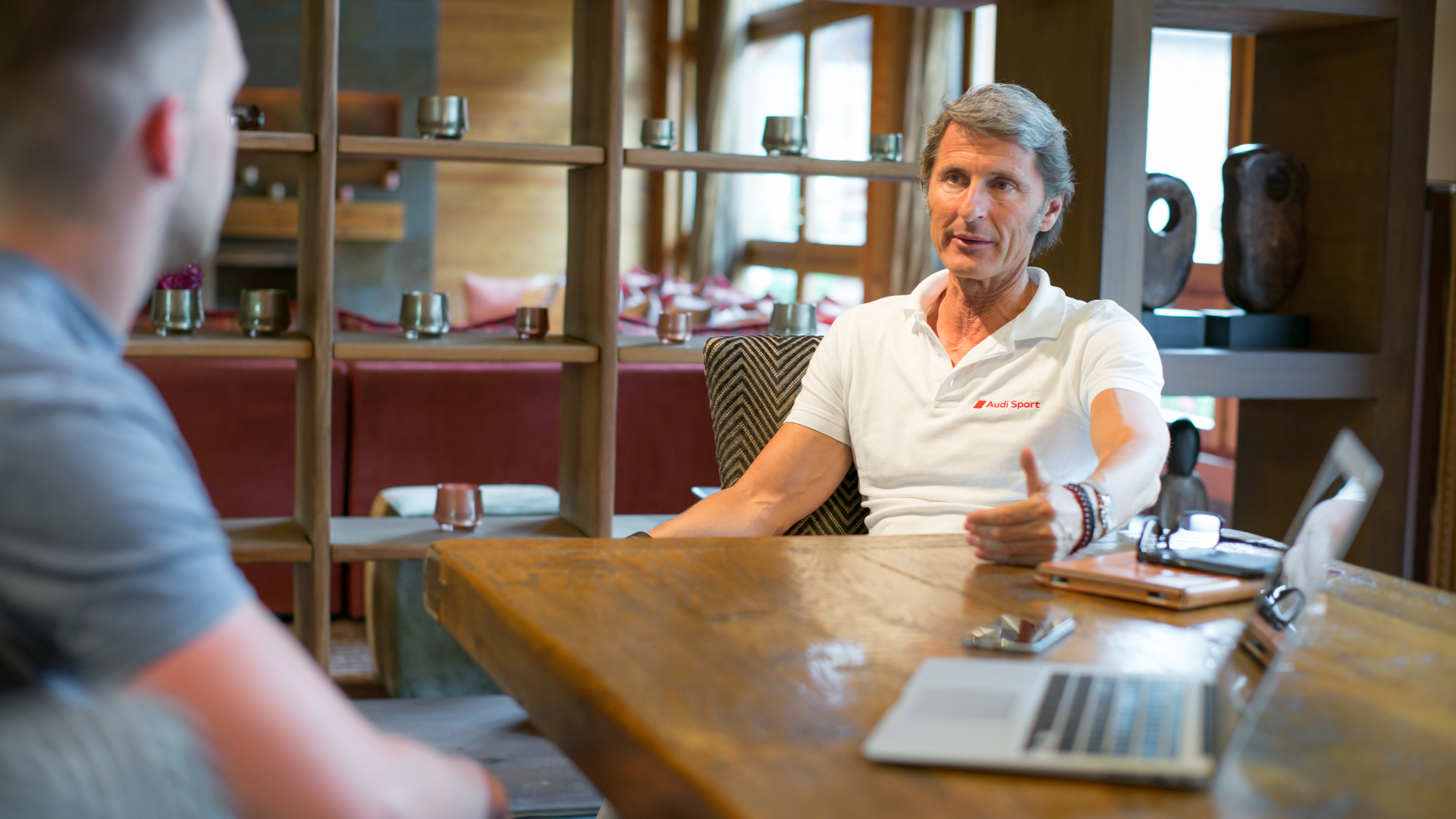 Having just driven the new 444bhp Audi RS5, boss of Audi Sport (and yes, the former Lamborghini CEO) Stephan Winkelmann was on hand to chat all things on Planet Fast Audi. Fancy an RSQ8? Or an R8 ‘GT3 RS’? Then read on…

If I put the money down, I have to make sure it’s equally distributed. But we will not stop doing ‘the icons’. They are part of what we’re all about. It’s not just about numbers, it’s about emotions. But we’re a small manufacturer, and we have to prepare the boat to sail in safe waters. That means different steps into electrification.

That and motorsport are the main drivers. In motorsport we have visibility around the world, we won the Nürburgring 24 hours, and we’re worldwide. We’re big on social media. We are making a step in Formula E. The world does not change from one day to the next, so you have to prepare yourself for what will come next. It will be a disruption, not an evolution.

TG: The R8 LMS won at the Nürburgring, and your ex-employer held the lap record around the ‘Ring with the Huracan Performante. Would you like to use that platform to go after lap records?

SW: We have a lot on our plate! For my sake, my ego, I try to do things I like, but it has to fit the big picture, and my frame is very large. I’m working on many pieces of a puzzle and lap times are not my priority.

TG: What about even higher performance cars? Does Audi want to push into the hypercar stratosphere?

SW: My priorities are preparing for the next decade, and motorsport. I’ve only been in the job a year. Matters like electrification and the other things I’ve mentioned are what are consuming one hundred per cent of my time.

TG: BMW M and AMG are seen as proper sub brands, and you seem to be more connected with the Audi mothership. Is that unfair?

SW: I think your view is maybe the truth. I can just say what we’re working on. For me, Audi Sport is the starting point. We decided to move from ‘Quattro GmbH’ to ‘Audi Sport’ and I think that move, the new branding, was the right one, and it shows our DNA comes from motorsport. It’s consistent.

‘Quattro’, was, for me, a 4x4 option. It’s a given DNA of Audi, but it’s not the name of a brand. In Quattro they were taking care of the cars, but not the brand and the story we have to tell. So this is what we’re creating, it’s what we’re missing. Someday, I want a customer to say “I’m buying an Audi Sport”, not “I’m buying an Audi RS car.” When we achieve that, we’re on the right track.

TG: Now you’re ‘Audi Sport’ not ‘Quattro’, does that mean that future fast Audis don’t necessarily have to be four-wheel drive?

SW: No, I think AWD is one of our USPs, but it doesn’t have to be everywhere. If we speak about the R8, there is an opportunity there to do something different, and we’re working on derivatives right now… But in general, Quattro as a system is not an option for us. It’s a must.

TG: The new TT RS and RS3 with their lighter engines are a lot better to drive than they used to be. Is that Audi finally listening to criticism of how its cars handle?

SW: I would be lying if I said I knew the answer because I wasn’t at Audi Sport when that development started, but I take the benefit!

For me, it’s both feedback and new development. We listen to what journalists write, but also the feedback from the market. Even if you criticise us, we might continue to do something not because we don’t think you have a point, but because the market says differently.

TG: Is there more bureaucracy to deal with at Audi than when you were boss of Lamborghini? Or is it better to be responsible for fives times as many models?

SW: I would say a bit of both. On the one hand it’s challenging to have more cars, but you don’t have to wait five years between new models, which is refreshing. It’s good to be connected. To talk more, to have a lot of meetings. You can’t have the dessert with the broccoli.

TG: What do you miss about Lamborghini?

SW: It was a special job. A close circle in a small segment of high-end luxury. It’s something you can’t replicate. Those people became my friends. But Audi Sport is very positive, the people are dedicated, motivated and very professional, and for me that’s the most important thing. I’m happy I’ve found this type of approach.

TG: Have you driven Audi’s classics – Ur-Quattro, RS2 – to find the brand DNA?

SW: Yes, I’ve driven both of those, but I don’t do it frequently, only when I have the opportunity. Mainly we are working on the new cars.

If you look at the RS5, we have hints of the past – the IMSA GTO car – in the vents and intakes. These are things that are reminiscent of the past, but it’s not really where we’re looking. We’re not mirrors to the past, we’re looking into the future.