Framing John DeLorean is the story of DeLorean's fall 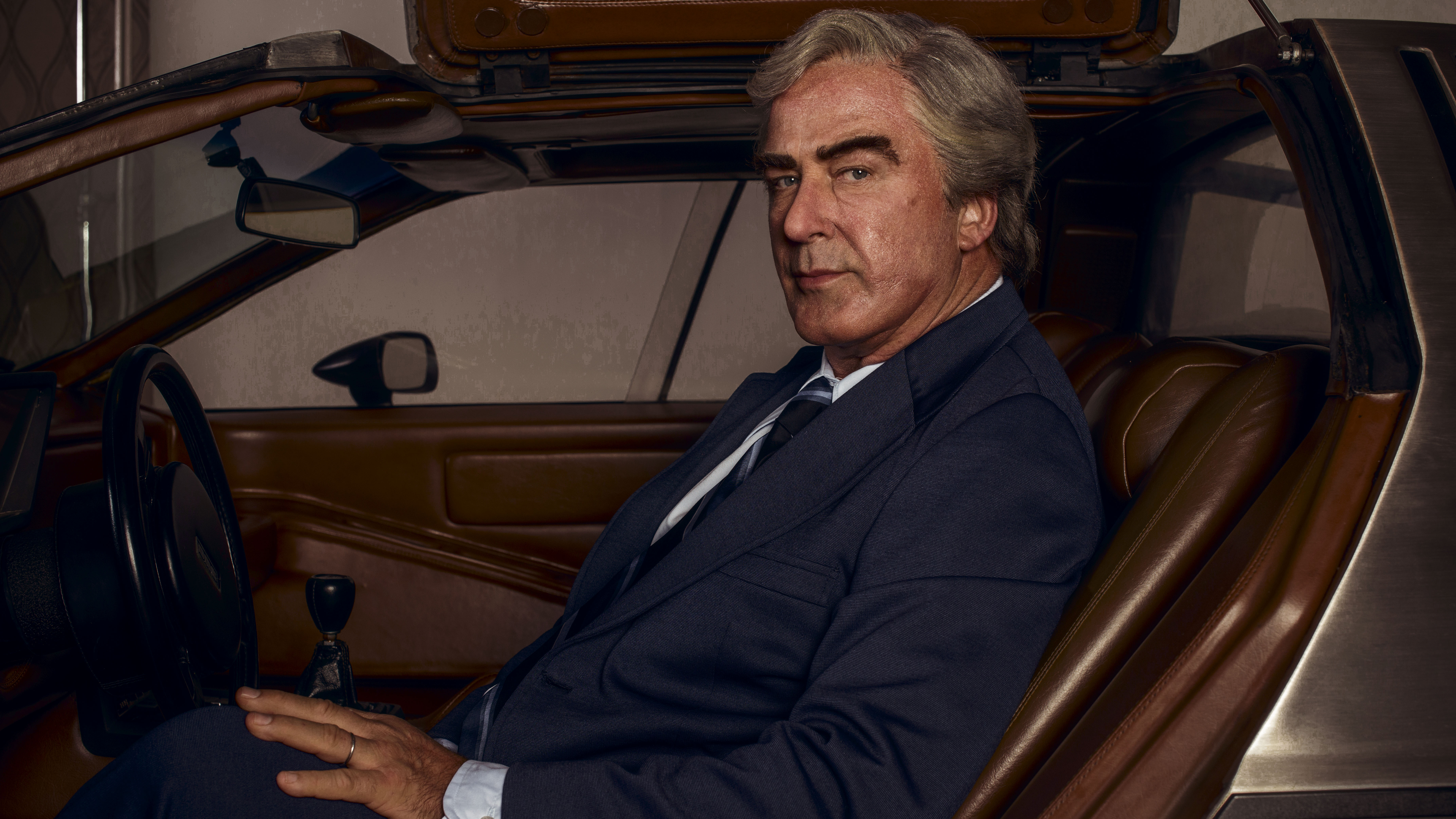 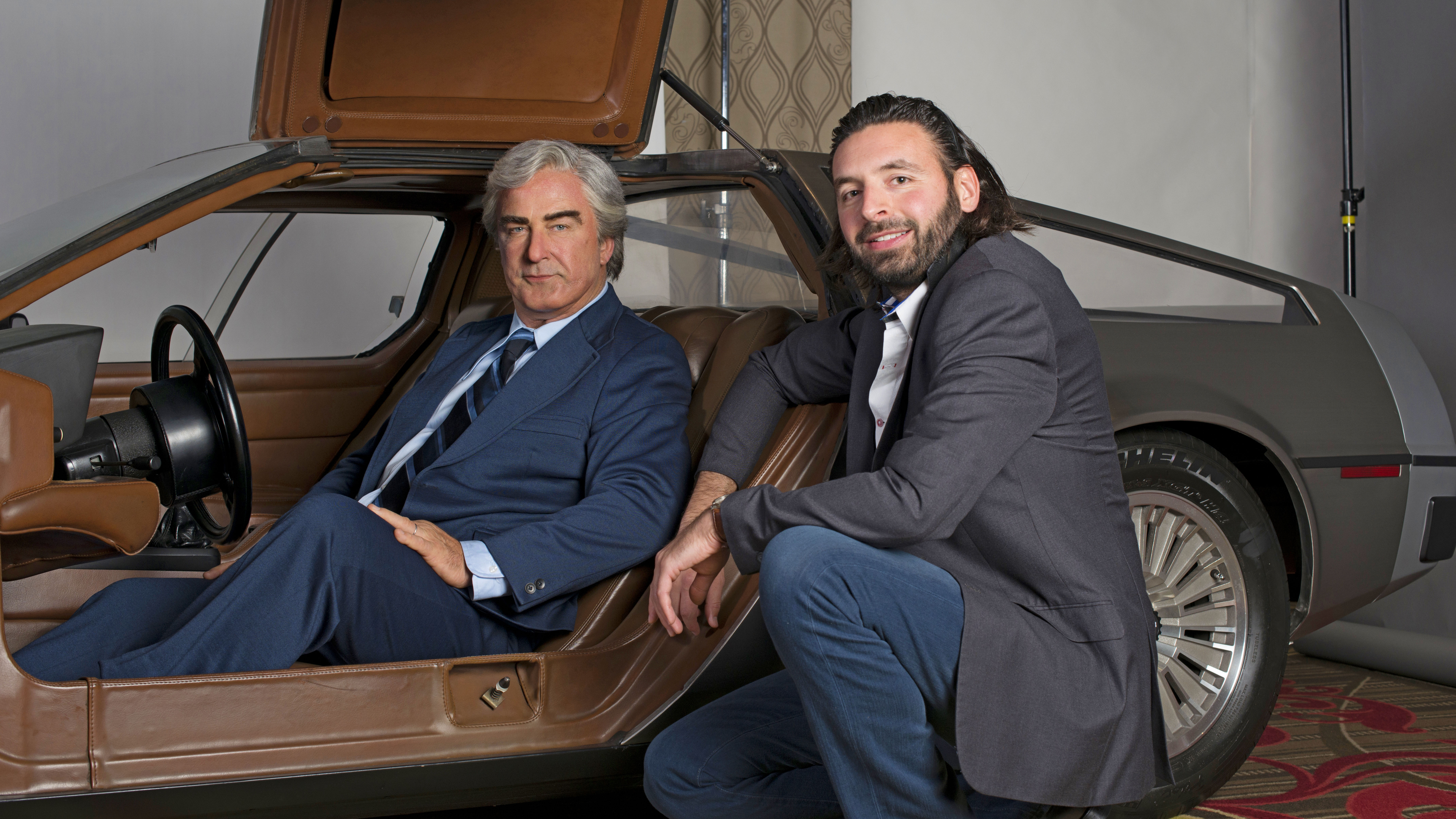 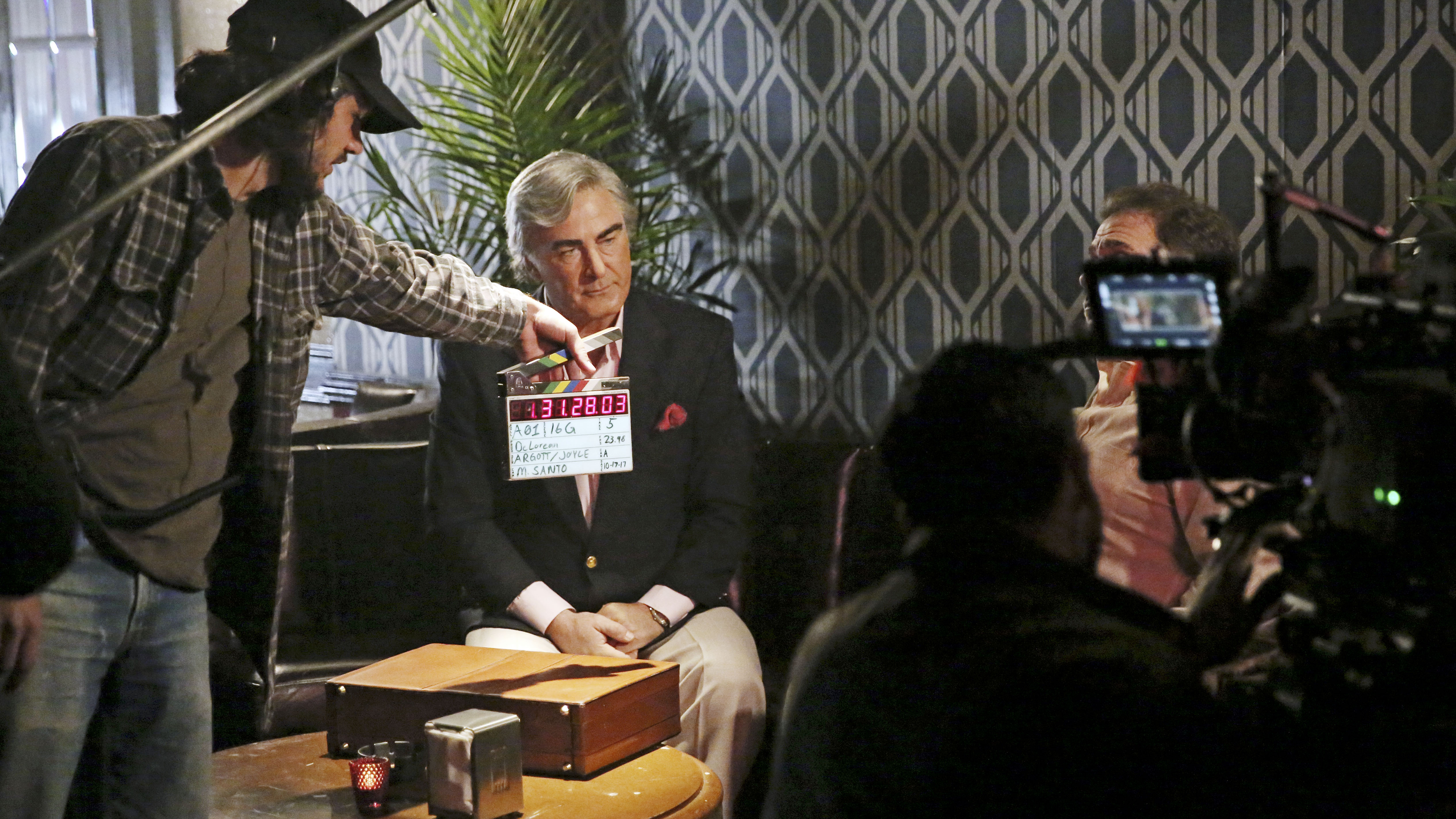 How did a former high-flying General Motors executive end up building a stainless steel, gullwinged sports car, in war-torn Belfast, only to find himself entrapped by the FBI holding 100kg of cocaine in an LA hotel room?

It’s a tale Hollywood would deem ridiculously OTT, which might be why the film biz has toyed endlessly with the subject without ever finding a way to do it justice. Until now. Co-directed by Don Argott and Sheena M. Joyce and produced by Tamir Ardon, Framing John DeLorean is also notable for its unusual construction: it’s neither a conventional documentary nor a full-blown fictional account but a hybrid of the two.

"I bought my DeLorean in 1997, when I was 17 years old, and I started a website dedicated to the man, the car and the company," Ardon tells TG.com. "I thought the history of the car was as fascinating as the car itself. Once I’d started in film school [Ardon studied at the famed UCLA] I thought about making this film. It took six years on and off to get it done. We knew we didn’t want to do it in a traditional format, and because so many DeLorean film projects had been mooted, we asked ourselves, 'What would it have looked like if a DeLorean film had actually been made?' Not a traditional re-enactment, but a high-end, cinematic film, with a real Hollywood star. John was larger than life himself, so we couldn’t get some no-name actor to play him."

Indeed not. Which is why Framing John DeLorean features A-lister – and arch Saturday Night Live Trump satirist – Alec Baldwin in the title role, though not as we’ve ever seen him before. He deconstructs the wannabe car magnate as he prepares to shoot re-enactments depicting critical junctures of the story, appearing as himself limbering up for the role of an individual who is the embodiment of the American dream gone wrong. 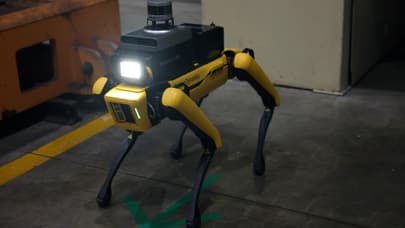 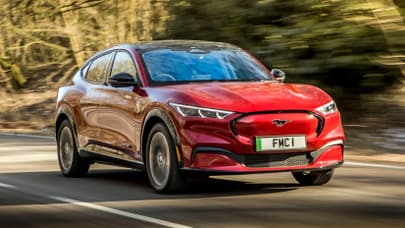 "DeLorean was a man who might have had the chairmanship of GM in his pocket, if he just did everything in the traditional way," Baldwin tells me. "But he didn’t want to do anything traditional. He’s like Musk and other people who want to form their own company, they want to do something bold. John and everyone around him, the Irish car workers, the British government, his wife, his kids, his American associates, his investors and John himself… they were all just victims of John’s pathological ambition."

It’s a pathology he has fun exploring, not least because DeLorean himself phoned to offer advice when he heard that Baldwin was slated to play him in a movie (before his death in 2005). At one point Baldwin-as-DeLorean stares into a wall of mirrors and muses, 'Every day I think about who he is and I have a different answer.'

"I spoke to Cristina [Ferrare, DeLorean’s third wife and a top model] about how charming and persuasive he was," Baldwin continues. "She said, 'Alec, you have no idea.' She said John always walked into the room with his agenda, knowing what he wanted, and he always walked out of the room having got exactly what he wanted. Isn’t that a curse? You’re getting people to do your bidding and you’re getting them to do what you want them to do. So you better make sure you’re taking them to a place that’s solvent, or you’re gonna ruin a lot of people’s lives."

Having risen to the top of GM in record time, DeLorean’s irritation with the company’s old-fashioned approach and his runaway ego prompted him to go it alone. Such was his force of personality that his plan for an ‘ethical sports car’ went swimmingly to begin with. The DeLorean Sports Car Partnership offered investors the chance to bask in and benefit from his genius, and in return for tax relief raised enough cash to fund a trio of prototypes. DeLorean, the consummate salesman, managed to sign up 158 investing dealers, in exchange for shares in the company, and together with a DMC research partnership he raised a total of $27m.

Then he went looking for the other $90m he needed. After shopping the whole project around the world for almost two years, finally the beleaguered British Labour government stumped up £54m ($70m), and plans were drawn up to construct a state-of-the-art 72-acre factory in the Belfast suburb of Dunmurry. It would soon generate 2,600 jobs. DeLorean signed the deal in 1978 in front of a throng of international media; this was the height of Northern Ireland’s ‘Troubles’, when Sectarian violence was destroying the province, and the IRA was waging war on the British government. With unemployment also running at 30 per cent, DeLorean was treated like a saviour, an image he enjoyed as he racked up a record number of flights on Concorde, preferring to run the business from his Manhattan penthouse than one in Belfast. 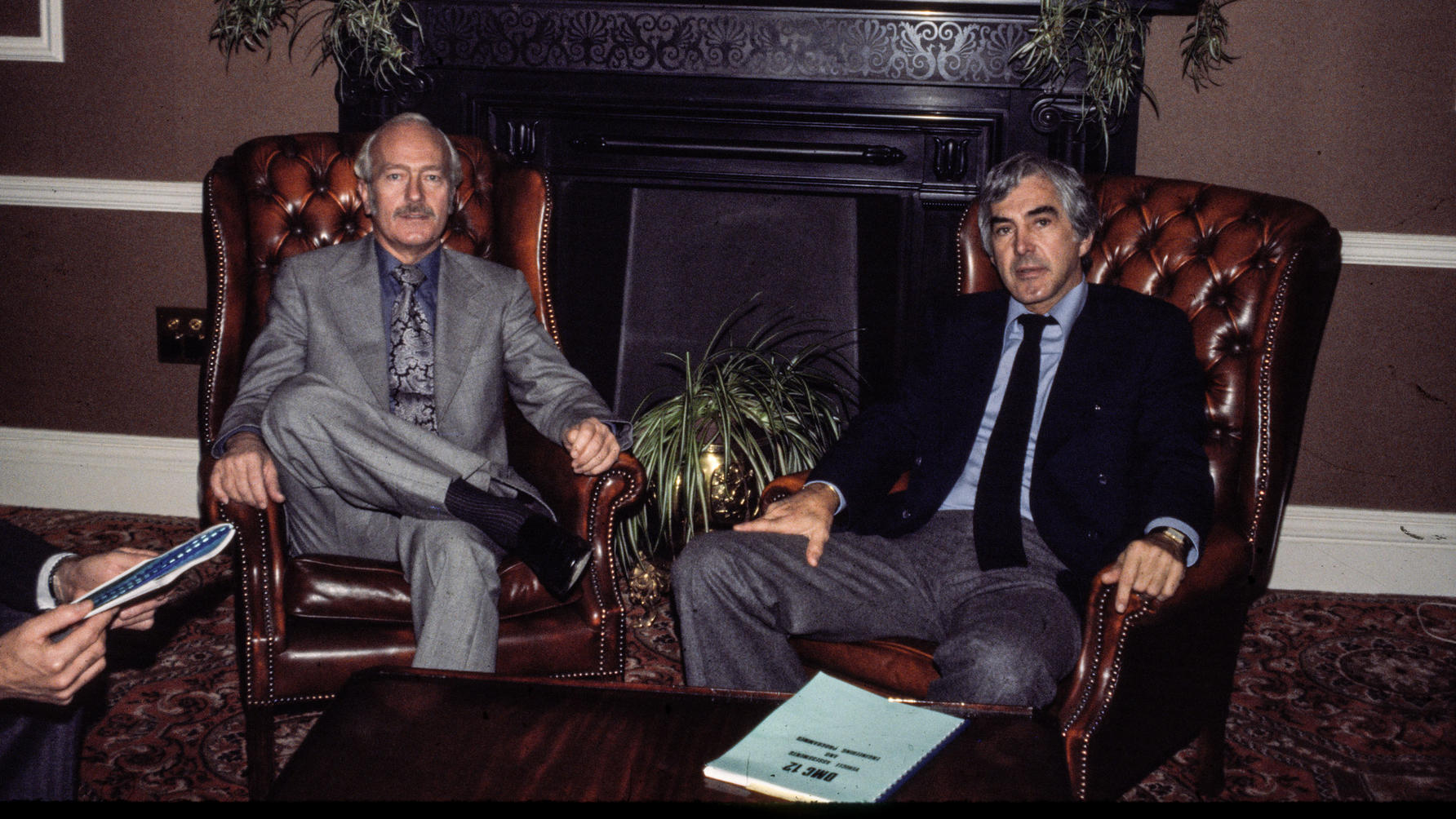 It wasn’t long before the wheels came off, in every sense. DeLorean contracted with Lotus boss Colin Chapman (pictured above) to develop the car, and the DMC-12 that emerged dumped his ethical high-mindedness, and featured a centre backbone chassis with ‘Y’ forks front and rear. A less effective Lotus Esprit, basically. It had a glassfibre body, with stainless steel panels bolted on. The engine was the 2.8-litre PRV V6, but the team had to pay Volvo royalties to get the emissions sensors it needed for sale in the US. Against the back-drop of hunger strikes – Bobby Sands was from the Twinbrook estate next to the DeLorean factory – the company’s admin staff found themselves working alongside British soldiers. Petrol bombs rained down on the factory.

But the boss had bigger problems: though it had sold well to begin with, DeLorean sales collapsed during the harsh winter of 1981, and amid rumours of personal profligacy, he struggled to keep the thing afloat. Margaret Thatcher’s Conservative government had also run out of patience with a man who was fast being recast as a crook and charlatan. The surreal, beyond-Hollywood twist came on 19 October 1982 when the man himself was caught in an FBI sting in the LA Sheraton Plaza hotel, allegedly about to buy 100kg of cocaine. On the tape he’s heard describing it as ‘better than gold’, and the film explores the whole episode with forensic accuracy boosted by new interviews with some of the personnel involved.

In August 1984, following a 62-day trial that captivated the nation, DeLorean was acquitted by an LA jury on eight counts of conspiring to possess and distribute cocaine. This was a case of FBI entrapment, it was concluded. DeLorean, who claimed that $43 million was spent and 243 agents deployed against him, actually denied that it was entrapment because he’d never actually committed a crime.

The film is especially good on the aftermath of the court case, as the full extent of its subject’s financial chicanery is exposed. US officials uncovered grave misdeeds, and in the UK the official receiver discovered how he’d fleeced numerous private investors. Bankruptcy proceedings were concluded in America in May 2000: DeLorean was left almost penniless, but despite becoming a born-again Christian, he was unrepentant. Tellingly, he also never came back to the UK for fear of being arrested.

"There are men who want money, sex and power. John’s one of those men," Alec Baldwin reflects. "It wasn’t enough to have one, he wanted everything, he wanted the pinnacle of success, and everything that goes with it. Someone like Richard Nixon wanted power. He didn’t want money, Nixon could’ve been a Wall Street lawyer, he hated those people, he hated the Ivy League money crowd and disparaged them. He wanted political power. But John was somebody who wanted the whole basket, he wanted beautiful women, and he wanted his name on a car, he wanted money… But I think more than anything he wanted the car."

Framing John DeLorean is out now on Amazon Video and iTunes 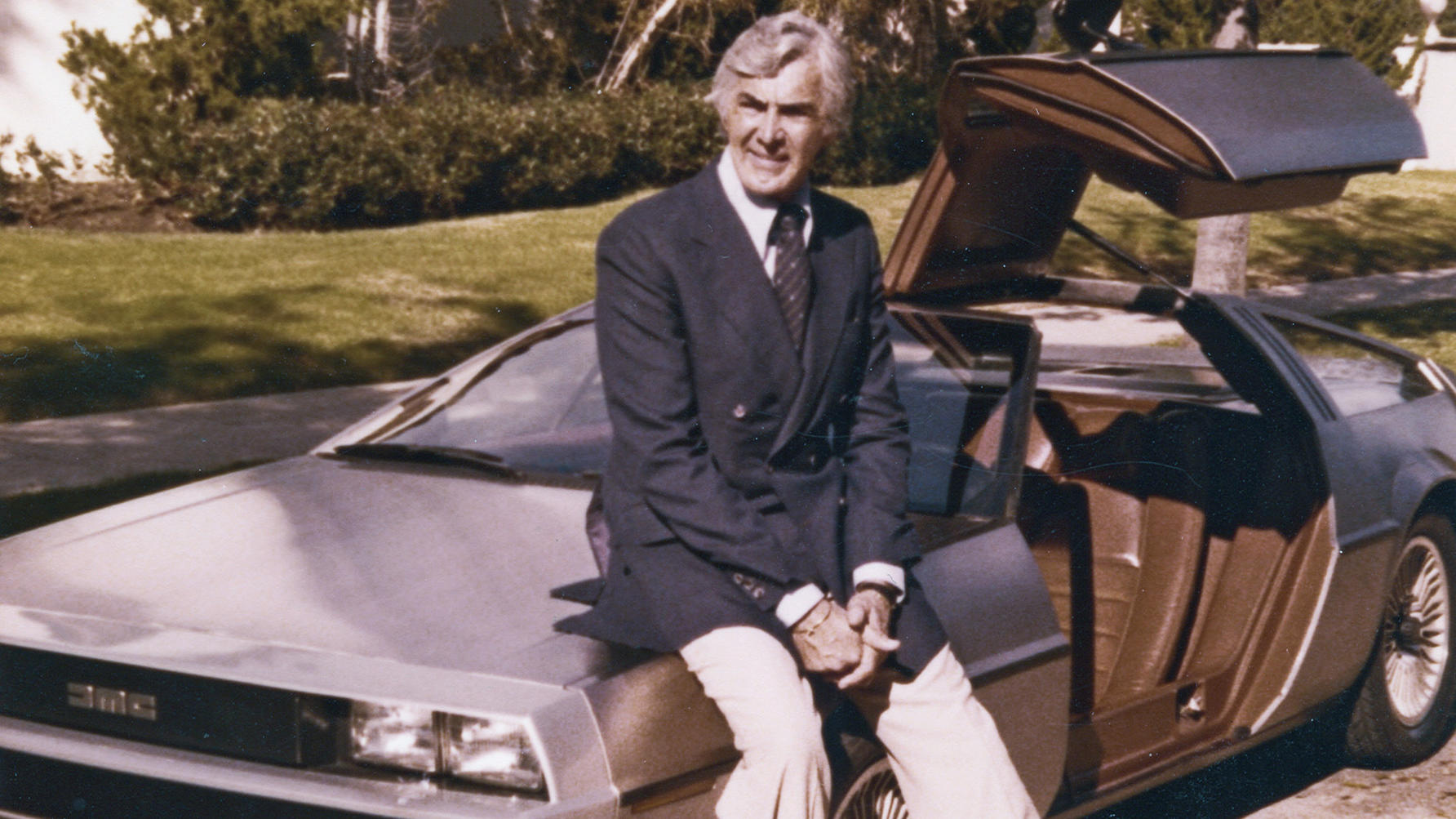