My Life in Cars: Guz Khan

Some of my earliest memories are of brand-new leather seats in a BMW 7 Series. I was in the front seat of my uncle’s E32 back when no one cared about car seats or child safety. I must have been five or six years old. That’s one of my earliest memories of really loving cars. And y’know, everything was working. Every car I’d been in up until that point had been a clapped-out Fiesta. We were broke, but then my uncle started doing well in life and he started bringing home the classics.

We’ve got rich history in the family of flitting between luxury cars. So we were in Lexus GS300 Sports and LS400s when our mates’ dads were driving Cavaliers. You might have been in a two-bed terrace with seven people in the house, but you had to have a fly car. That was the culture from early on.

For a few summers my family would work out in the Middle East over the summer, where the rules were a bit different. So you could go out on a road at nine years old and police weren’t going to stop you. I’ve got memories of being barely able to see over the steering wheel but just flooring it on an open barren stretch of road. Not doing crazy speeds, mind.

Back in England, a mate of mine – Nathaniel, who’s an avid car guy – swapped a petrol-powered RC car for a Mk1 Golf when we were 14. It didn’t move, but it was a really cool trade off.

The first car I had was my mum’s Honda Civic, it was the dirty shape on a P-reg, 1996, and it was green… but I was gassed. I wrote that off. Within maybe six weeks of getting my licence. I then bought her a Nissan Almera, the hearse-looking one, really cheap. I almost died in that, too, but the worst thing is, my mum was in the passenger seat. I was just creeping out on a junction and this woman came flying and took out the front of the car. It was her fault – she must have been doing 50mph in a 30 – but my only memory is me getting beaten up at the scene. A written-off Almera, I’m getting punched in the head by my mum.

I was never allowed to drive any of my mum’s cars after that. So I got myself a Civic VTi Coupe, in black with gold badges. I have a lot of affinity to my cars and if I could find one now that wasn’t a crazy price, I’d love to just smoke around in it for the summer. That car had so many memories, and it was fun – really revvy.

I was 21 – and I had no business having one – when I got my first E39 M5. That’s my unicorn car, I loved it. I’d always wanted one and I drove it for two years solid, I had a lot of near misses! But everyone has that something special in their life, maybe a special lady, and for me that M5 was The One. It’s one of my favourite cars that I’ve ever owned.

I sold it at a time when I was trying to get money together for another little venture that we had going on, so I spent less on its replacement. I’ve always had a massive infatuation with estates, so the next car I moved into was an E39 540i Touring. It might be blasphemy, but I think I liked it just as much as the M5. It wasn’t as quick, it wasn’t a driver’s car per se, but the way I had it set up… I had it on these concave Rondells.

The M5 was a little ropey but this 540 was so clean; the previous owner had even replaced the cupholders. It’s my joint favourite car of all time. When I’m filming, I’m always on eBay between takes. Looking, looking, looking. There’s one at the moment – a black 540 Touring for 20 grand – and I think I’m daft if I spend that much money on another.

I went through a phase where I was bouncing in and out of cars. An E38 728i which I got off my cousin, I had a Jaguar XJR for a fortnight which was a lot of fun, and when I was a teacher, I had a Lexus Soarer, again with the gold badges. Pulling up to school every day and man was looking like a d*ckhead, trying to have serious conversations with parents and they’re like ‘that’s a very noisy exhaust on your car’. I must have drifted out the school car park at least 25 times.

For a while I was running a Honda Legend Coupe, which is still one of the smoothest cars I’ve ever driven. Horrible on fuel, but seamless gearchanges. I wish I’d kept that too. I went through quite a grandad phase, so I had a Volvo XC90 for all the kids. But that got really boring, so I bought a V70 R manual. It’s that estate obsession I’ve had all my life. It had done 220,000 miles but only had two owners, and it was like silk. But I had it parked outside the house and one night this drunk dude wrote off six cars on our street. I caught his ass, but I was gutted about that car! It was only £1800 and a manual, which was quite tricky to find, but if you look for them now they’re crazy prices. I’ve had a lot of cars where when I’ve pulled up at home my wife’s gone ‘that’s fairly sensible’ but we know, bro.

At the stage we are now – with four little ones – we have a Mercedes GLS350. It’s a flipping boat, but it’s got a lot of road presence and my wife likes to ball around in it. That’s the daily use car, and my other two are an E38 740i sport and a one-owner E32 735i which is out of MoT at the moment, but which I want to put some money into; chocolate brown interior, Alcantara headlining, nothing too crazy on the outside but looking real OG. Mates ask where my M6 Gran Coupe is, but they don’t understand. I’m 34, but feeling older every day, and that era of cars? I feel like that’s my best fit.

I’ve no desire to have a supercar. My mate got an Aventador a few weeks ago and I thought ‘good luck with all the Russian models you’re going to date’. I’m not a look-at-me kind of guy, so my heart will always lie in the car that when I pull up to you at the traffic lights, you’ll give me a head nod. The guy with the Lotus Carlton is the guy I want to know.

BMW M5 (E60) manual
One dream is to bring in an E60 BMW M5 from the States – they got a manual. That engine was the sh*t, but that paddleshift gearbox was a piece of sh*t. I remember approaching traffic lights… I’d taken the lid off my Sprite from McDonald’s and the gearbox jerked so hard, it looked like I’d wet myself everywhere. Embarrassing. 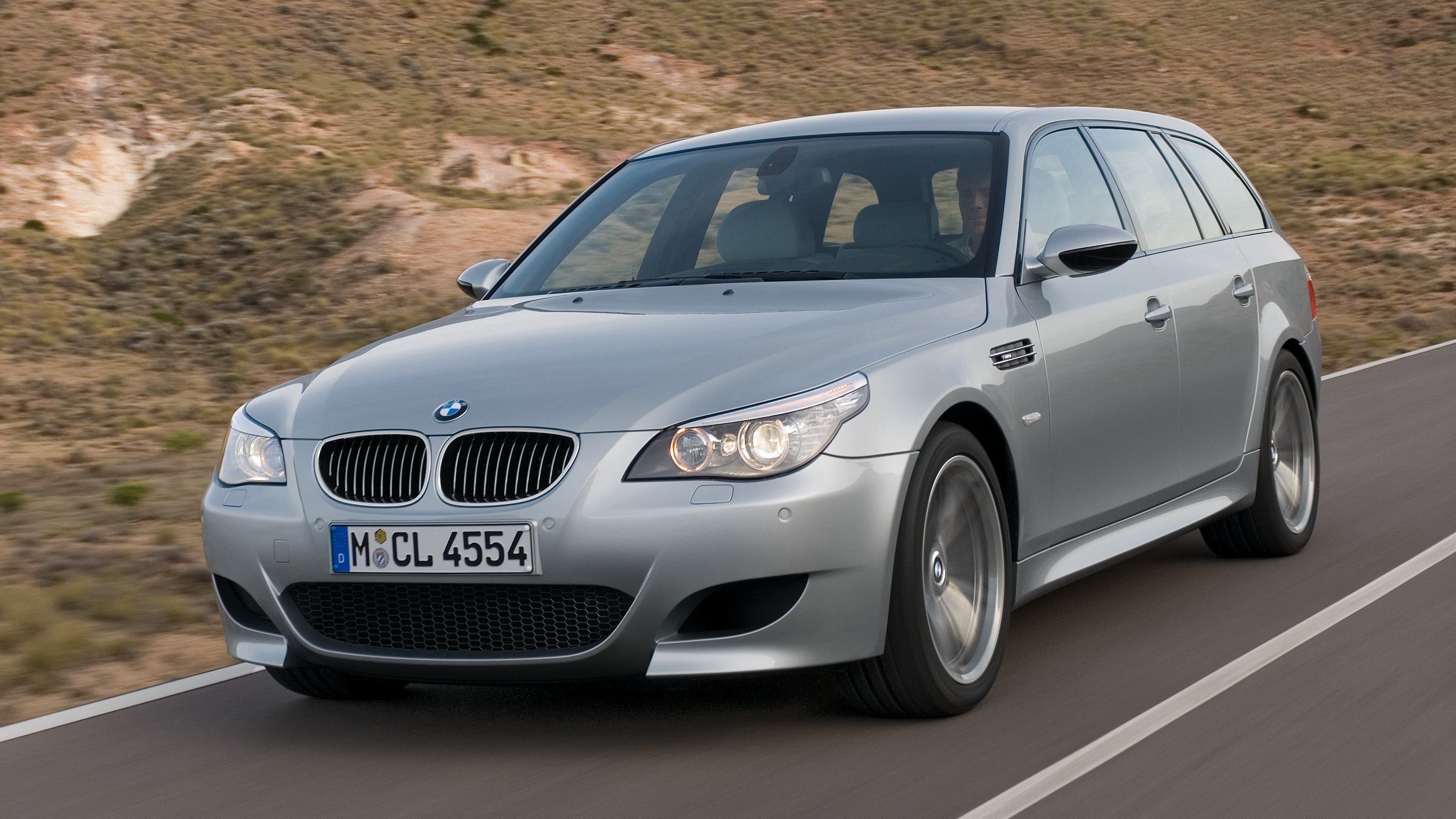 Tesla Model 3
For the amount of miles I do for work, the radar cruise control on the GLS is such a lifesaver going up and down motorways. So I’d like to try a Tesla and all its self-driving for those purposes. I’ve got all my reservations about there being no driving connection, but as a tool, I’ve got to see what a Tesla can offer me. 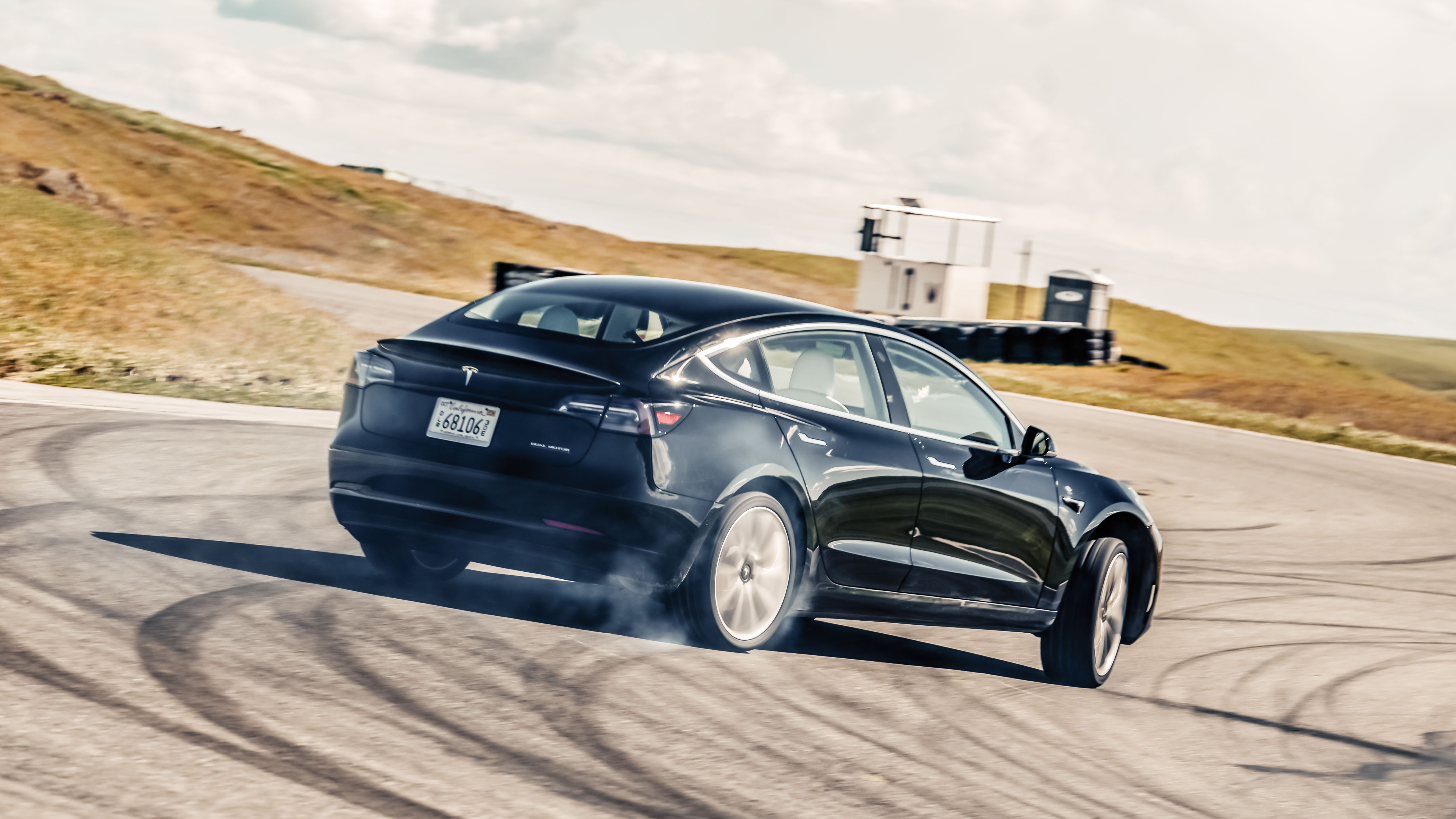 Audi RS6 Avant (C7)
My dream car beyond my old E39 M5 is an Audi RS6 Avant. One day, when I believe I’m worthy of it, I will get that car. I worked one into the script of Man Like Mobeen. Sometimes, there are very few perks when you’re working 14 hours a day, but when we brought the RS6 in I was offering to reset the car every time we had to retake. And going round the block for no good reason… 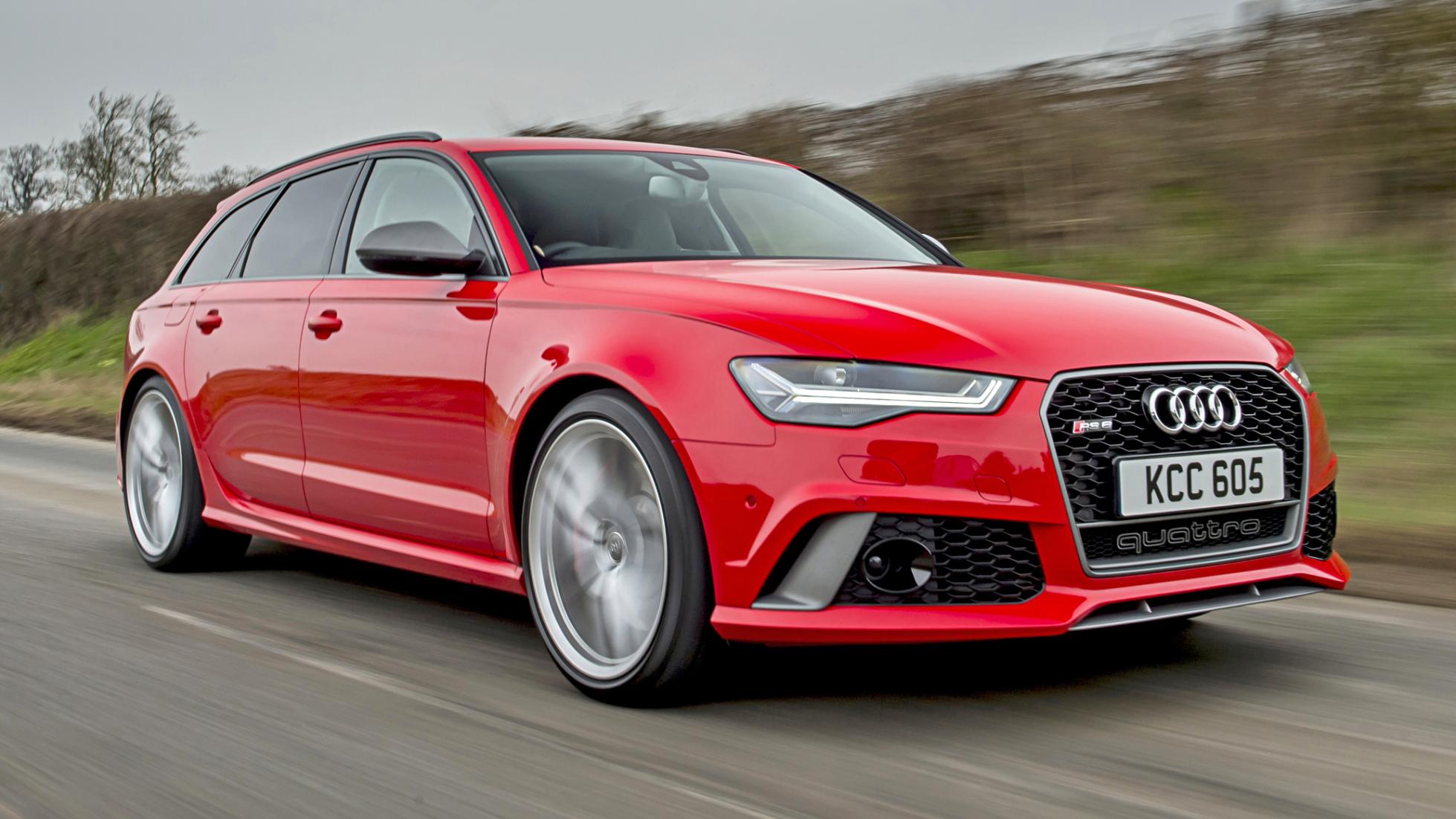 Because the standard 750bhp Shelby Mustang GT500 was far too tame…

Video: all you need to know about the Alfa Giulia GTA