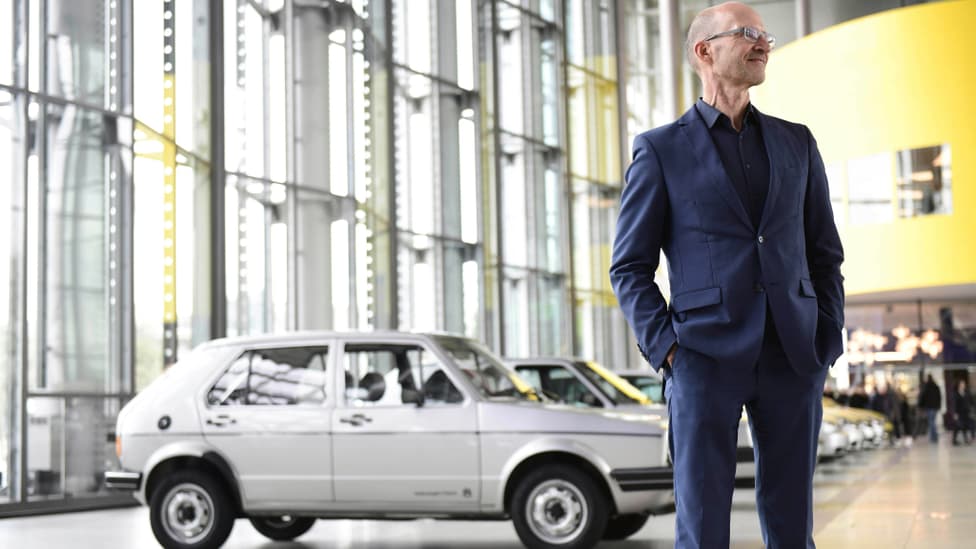 Klaus Bischoff is a Volkswagen Lifer. He’s been there since 1989, and began his career in the interior design department. He headed up the concept division from 1996, before he ran passenger car interior design, then exterior, graduated to complete vehicle, before becoming head of design for Volkswagen. Post-dieselgate, he and his team responded to VW’s existential crisis by creating the ID range of electric cars, a gigantic corporate mea culpa currently waylaid – as is everything – by Covid-19.

As of April 1, Bischoff is Head of Group Design, making him master of all he surveys, design-wise anyway – Audi, Bentley, Bugatti, Lamborghini, Porsche and the rest. Any sleepless nights, I ask? There’s a slight snort of derision on the other end of the line, that gives way to a chuckle and a firm one-word answer. ‘No.’

He certainly has some of the car industry’s top talent within his purview: Stefan Sielaff at Bentley, Mitja Borkert at Lamborghini, and Michael Mauer (whom Bischoff replaces as Group helm) at Porsche, to name but three, with the mercurial but brilliant Jozef Kaban returning to the fold as the new head of design for VW following a truncated spell at BMW and Rolls-Royce. He has weathered many storms, but having begun the process of repositioning VW at the forefront of electrification, now the entire industry is being savaged by an invisible foe experts have long predicted but few prepared for. Our conversation starts, inevitably, on that difficult subject, but with a twist.

Klaus Bischoff: There will be a hard time ahead with a lot of extra challenges, not that it was boring or without its challenges before. We have to cope with climate change and we have to find solutions for the way we travel. Now comes another issue that needs to be dealt with, and yes, I think it will change the way we behave and travel, if we don’t find a solution pretty soon. But China is getting back on track and we’re seeing a very big demand for our cars there. We have 33 factories there, and one by one they are back in production. Stephan Woellenstein [the VW board member responsible for China] reported that the showroom traffic has gone up quite a bit. There is a demand for personal mobility, and people are flooding the showroom – while social distancing, of course. There is a feeling that public transport isn’t very safe. 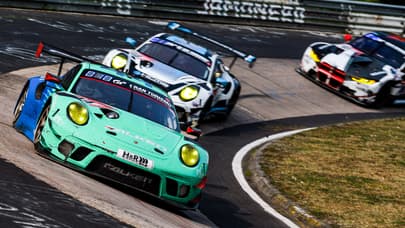 Top Gear: The air quality in the UK is noticeably better, as a result of the drastically decreased amount of traffic. Could one of the unintended consequences of the pandemic be a greater embrace of home working and wider acceptance for the EV?

KB: I live by a four-lane road and the traffic is down by 25, maybe 30 per cent. More than that in the evenings. I think a chance has come along to… speed things up. The way we communicate, the way we work. We like to travel, but now we see that it can work digitally, and I think people will start to think twice, three times, maybe even four times about how they behave. Do I really need to fly somewhere to talk to somebody? But mankind has always been exploring. You want to know what’s behind the horizon, what’s behind that mountain, and the urge to drive is very strong in our genetic code. The demise of the car has been predicted many times, but I think it’s unbreakable to a certain degree. Personal mobility is freedom, and freedom is an achievement of mankind’s that has been fought for. We shouldn’t forget that.

TG: You were part of a core team that helped VW through the aftermath of the emissions scandal. How did you do it?

KB: Every company is different, and each culture is different. That’s a very good thing, in that we’re not all running behind the same thing. The motivations are different. Our motivation is to create an environmentally responsible way of travelling, something that’s accessible for all. That means moving to electrification, to sustainable energy. We’ve shown the world where we’re heading, and now it’s unfolding piece by piece. There was a clear vision and I was tasked with coming up with something that was seen differently. I strongly believe that people want to show that they’ve gone for the responsible type of motoring. You need to have the early adopters and the evangelists to get the thing going. So you need to deliver something that really plays into this new type of motoring, it’s a different footprint, it’s a different experience so why it should it look the same as an ICE car? So we had to take ourselves out of our comfort zone and really shoot for something that is totally different.

TG: VW design is highly considered but rather conservative. You’ve said in the past that electrification ‘reshuffles the cards’ and offers an opportunity to be different. In which case, are the ID cars radical enough?

KB: Volkswagen is not a niche brand. We have to design cars for the world, for millions of people. We have to be brave, and I think we have been. But we also have to come up with something that is digestible not only for designers and architects. Where the intelligentsia says, “OK, this is for me, I’ll buy it no matter what it costs". Then you end up having 50 halo cars on the road, but not five million. Wait until you see the ID 3 on the open road. It really stands out. 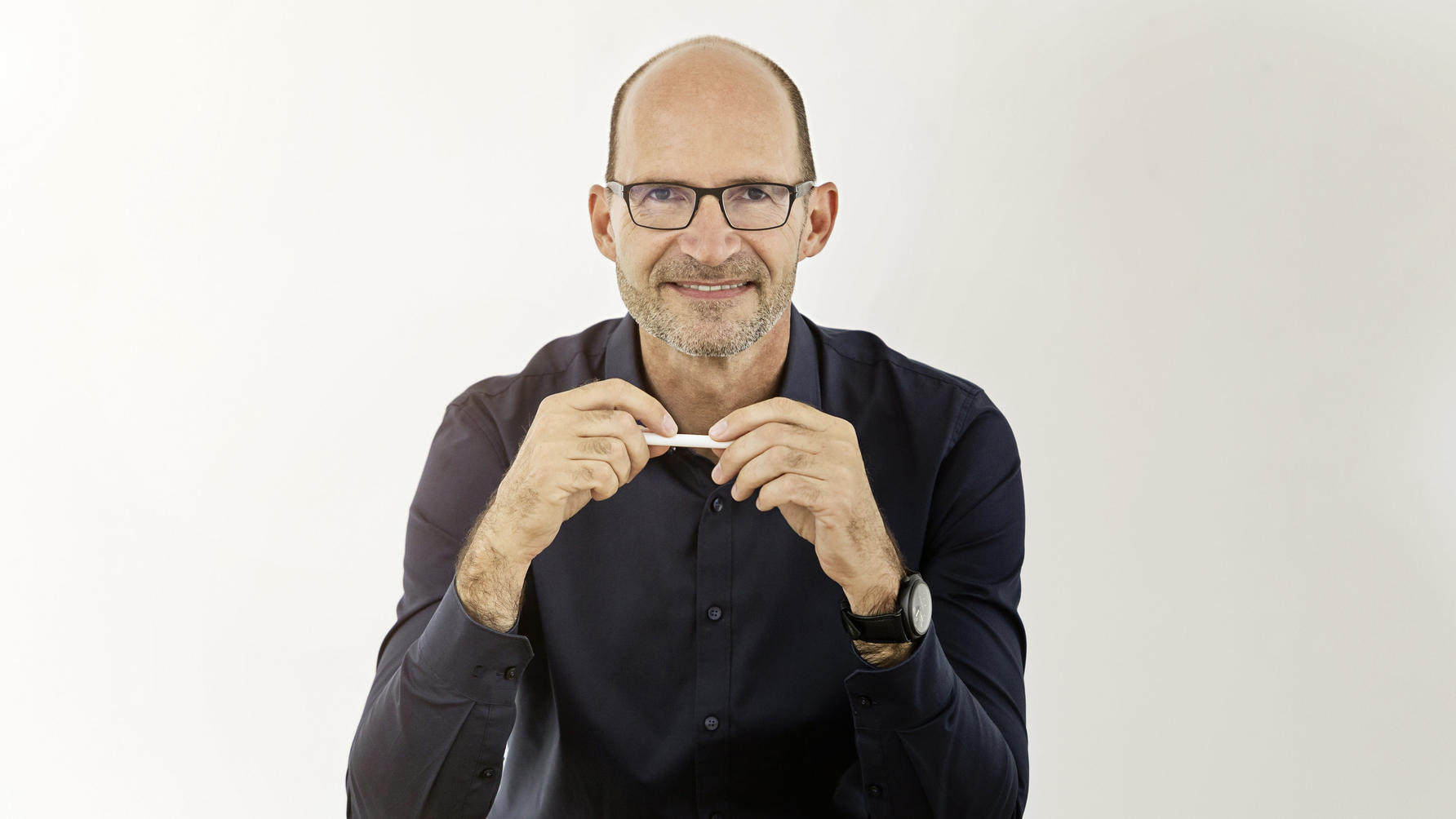 TG: How difficult is it overseeing the whole process in an organisation the size of VW?

KB: I can tell you that designing a car is not an easy task. You have to face not only many restrictions, you also have to bring a certain design approach to many, many board meetings. I’ve experienced 31 years of that, and I’ve seen and worked with many board members. They’re making the decisions in the end. So as a designer you are delivering what is being asked for, and you should not underestimate how big your management skills have to be, to create the value, the content. You have to negotiate and fight for every millimetre.

TG: Speaking of board members and taskmasters, you worked with perhaps the most demanding of all, the late Ferdinand Piëch. How was that?

KB: The experience of a lifetime. I did the Phaeton with him, and we were working on the interior. At one design review he said, [adopts higher-pitched voice] “that’s not enough.” I thought, “next time I get you”, and I built what is still the most expensive interior mock-up in the company’s entire history. Actually a fully functional mock-up of the entire car, inside and out. Fantastic. He said [higher-pitched and slow], “ahhhh, now it is right". Believe me, that was the utmost compliment you could achieve.

TG: And now you’re across the whole thing. How on earth do you find the time?

KB: I have two jobs. My frequency on Group work is currently 15 or 20 per cent of the day, the rest is for Volkswagen. In July, Jozef Kaban takes over and I can concentrate my full attention on the Group. At the moment I’m setting up the team and preparing all the strategies that need to be put in place. There’s a lot to do. Helping the brands through the transformation, to keep them apart but to bring them together where they need to be together, to cope with the tough demands of digitalisation and create a great user experience.

TG: You once observed that you won’t get very far just thinking in terms of pure design. Can you elaborate on that?

KB: You need to understand the core of brands, where they are coming from, where they can possibly go to and it’s not just about the guy moving lines up and down. What’s the purpose of a brand, what’s it’s reason for being there? What’s its heritage? And how can this be transformed into a digital and environmentally friendly future?