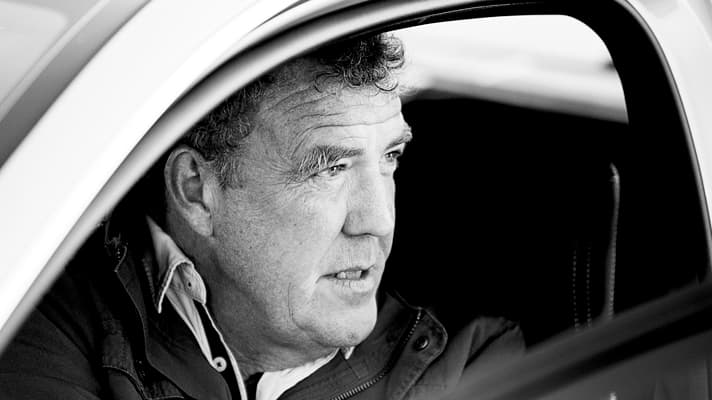 When you are ill, there is a two-tier system in Britain for making you well again. If you have money, you will be taken into a nice, clean room where nurses will give you lots of winter-warming soup. If you do not have any money, you will be left in a corridor until you have MRSA.

It's the same story when you are flying. Those who can afford it, dine on peach and peacock before turning their seat into a bed and snuggling down for the night. People in economy, meanwhile, spend the flight with their face in someone else's armpit and usually catch rabies.

When you are rich, you stay in better hotels, eat nicer food, live in larger houses. In fact, in every single aspect of life, you can use money to make your life more pleasant. Except on the roads of Britain.

When there is a traffic jam, Lord Sugar is just as inconvenienced in his Rolls-Royce as Ron the plumber in his van. His Lordness may have a wallet full of credit cards made from rhodium and various other elements from the exotic end of the periodic table, but, in a jam on the M1, they are useless to him.

And nothing changes when the traffic moves off. Because even though Lord Sugar's Rolls-Royce is designed to travel at 150mph, he is bound by the same laws and limits as Ron in his Sprinter. The roads of Britain, then, are like Cuba and Vietnam - the last spluttering examples of Leninist thinking.

And that's why I was delighted to hear that the government is thinking of introducing a two-tier road tax system. They're suggesting that those who don't want to use motorways should be allowed to buy a cheaper tax disc for their car.

That's fine. It's good news for the little old lady who only uses her Jazz for weekly trips to see Peggy in the next village. But they say that this idea might be too extreme.No it isn't. It's certainly not as extreme as some of the ideas I'd
like to propose...

Initially, I thought it would be a good idea to restrict the outside lane of the motorway to drivers who pay the higher rate of tax. But this would clog it up with rich people who thought they had a right to be there even if they chose to bumble along at 40mph.

What I propose is that you can buy your own speed limits. Providing you have a car that is not an Austin Cambridge or a Kia Rio, you can spend £500 a year on a tax disc which allows you to do 90mph. Or £1,000, which allows you to do 120mph. Maybe there could be a gold version, for £10,000, which would allow you to do 150mph and overtake on the inside. Why not? Police drivers are allowed to do this, even though they have it in their minds that shuffling the wheel is the best way to control a car.

I have some other ideas for city centres. At present, when a traffic light goes red, everyone is forced to sit there no matter how vital their journey might be. That's silly. So why not allow motorists to pay for the light to turn green? That way, Lord Sugar could sit in the back of his Phantom pointing a credit-card-operated remote at the switching box and having a fuss-free trip to work.

Brilliant. And, even better, should Sir Richard Branson be coming the other way, then you'd have a bidding war, with the light on orange as the plutocrats battle away for supremacy.

That would be good for the economy because not only would top businessmen get to work more quickly, but also their show-off bids would, in a matter of weeks, provide enough funds to build a hospital where poor people didn't actually catch MRSA in corridors.

Naturally, I'm also proposing toll roads, limit-free superhighways where there is a minimum speed limit of 150mph. Again. Why not? The government is adamant that trains are perfectly safe at 200mph. So why not cars? What's the difference?

Doubtless, the Daily Mail would argue at this point that it would be one rule for the rich and one for the poor. But it's been like that since the Bronze Age. It's a system that works. Only, with my ideas, the poor would be able to benefit too.

At present, when someone buys a club class ticket, only British Airways reaps the rewards. It's the same story with private medicine, which benefits only the doctor concerned. But with my ideas, the rich pay for privileges directly into the national coffers.

Let's take parking as another example. At present, rich people park illegally because, outside of London at least, they know that it's only going to cost them the price of a parking ticket. You can park for 10 hours on a double yellow in Oxford and the fine costs less than a legal four-hour stay at the Brewer Street car park in Soho.

I suggest, therefore, that we do away with the idea of fining people for parking illegally and treat yellow lines as a sort of tax band. If you park on a meter, the price stays the same as it is now. But the cost of stopping on a single yellow line would be £500. And the cost of parking on a double yellow would be £1,000.

Would rich people pay that much? Of course they would. They pay 10 times more than necessary for an airline ticket, and we regularly read about city boys spending more than £20,000 on a bottle of wine. So why would they not happily pay £500 every time they pull over for a packet of cigarettes?

Think how much could be raised by taxing those incredibly rich chappies who park their Koenigseggs on double yellow lines outside Harrods. At present, their cars are towed away, which means they simply buy another, and we don't benefit at all. But if we let them park there, at a cost of £24,000 a day, we'd have enough
in a month to build a new airport.

Will the rich mind this? Nope. Not at all. They mind being taxed and getting nothing back, but this system is much fairer. They are paying taxes which allow them to lead easier fast-track lives. No more red lights. No more pesky traffic wardens. No more hold-ups on the motorway.

This is a plan with vision, and, in time, it could be rolled out to cover other things too: you might be able to pay the police to come round to your house more quickly, and if the boot's on the other foot, and you've perpetrated a crime, pay
them to not notice.

Silly? Not really, when you think we already have a system which allows the children of rich people to get good exam grades while the children of poor people are stabbed. I'm merely suggesting we roll that out to cover everything else.