Just how terrifying is a motorbike trackday?

We ditch two wheels, a roof and doors to try a former TT winner's race school 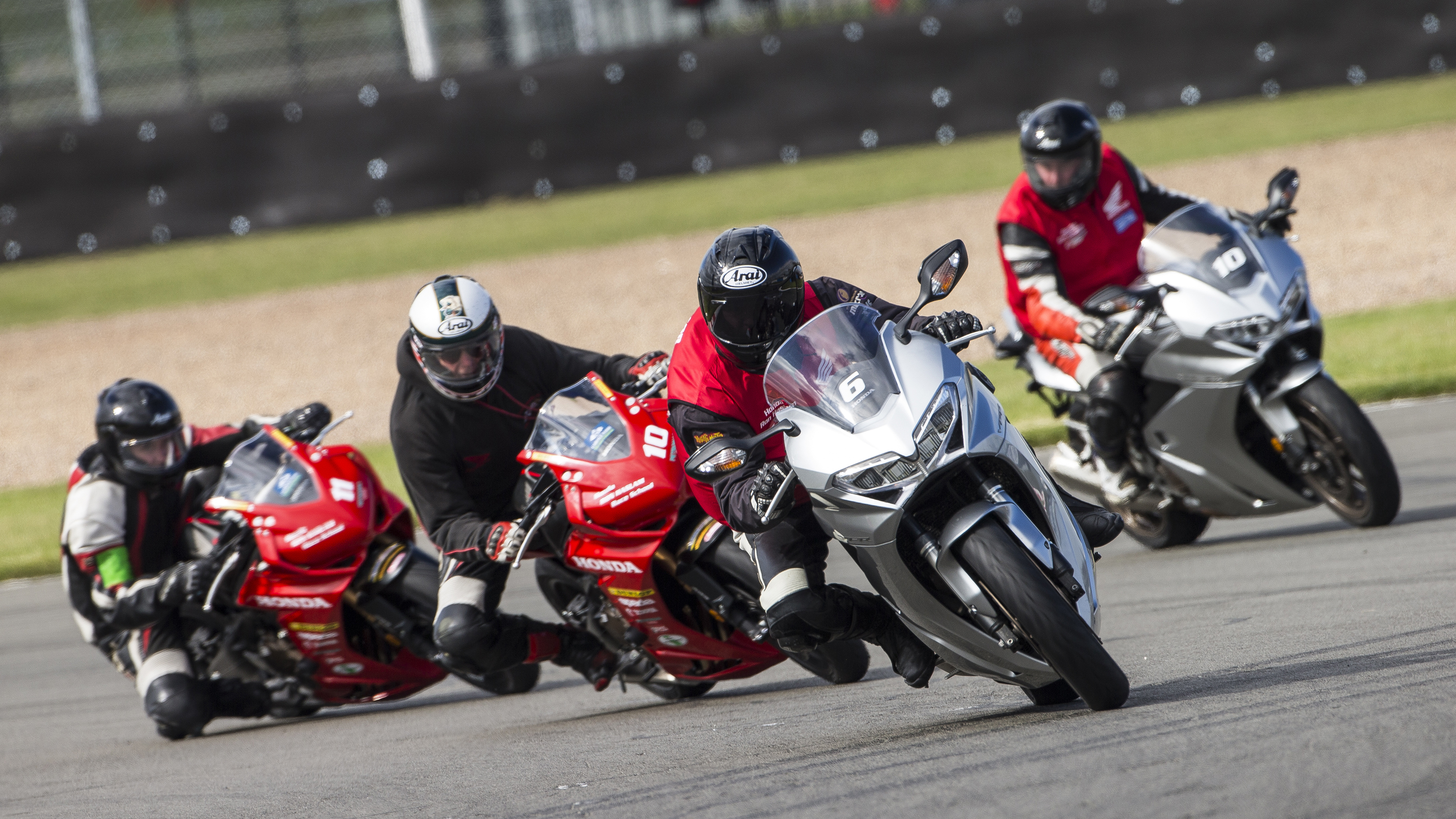 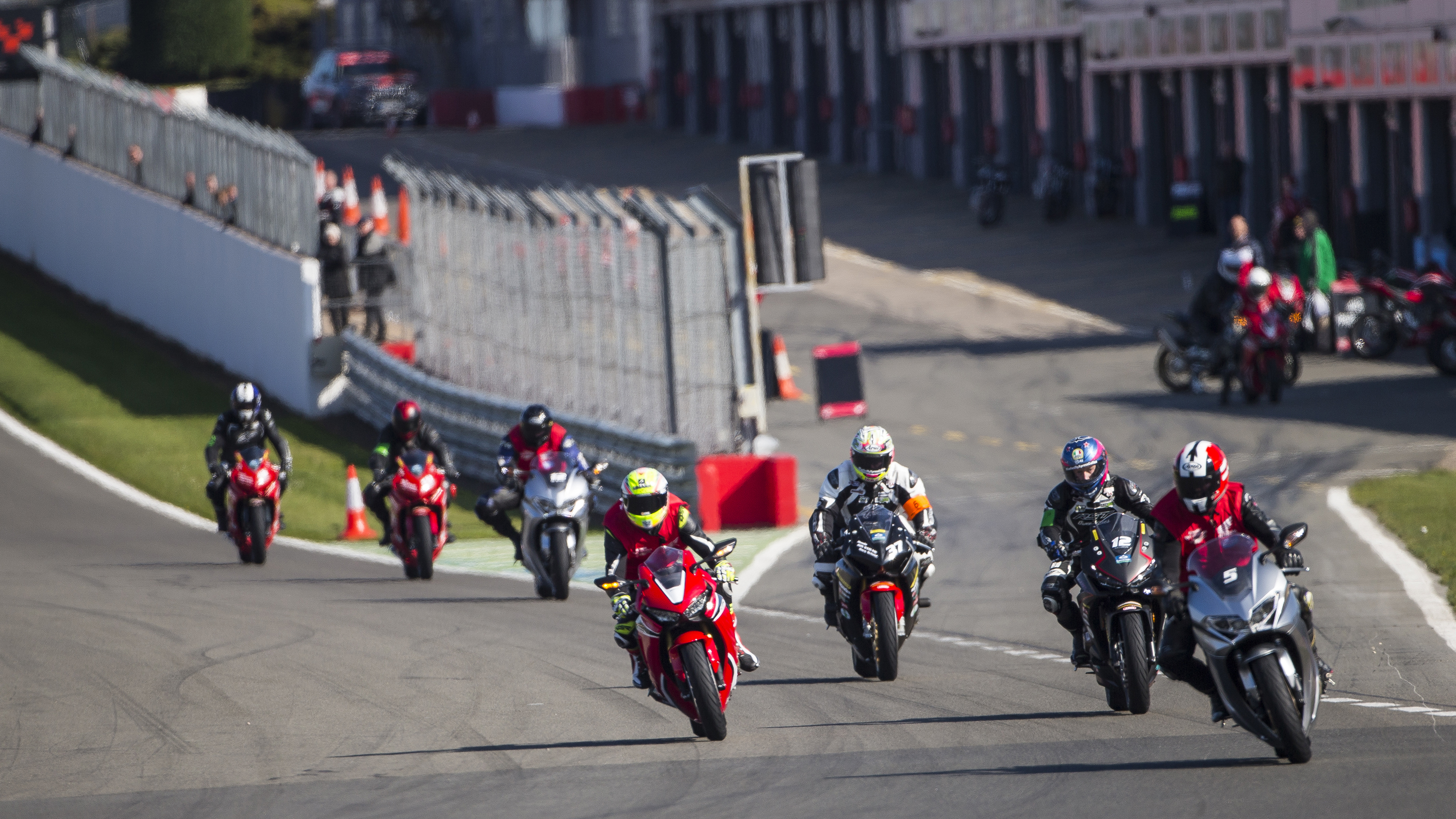 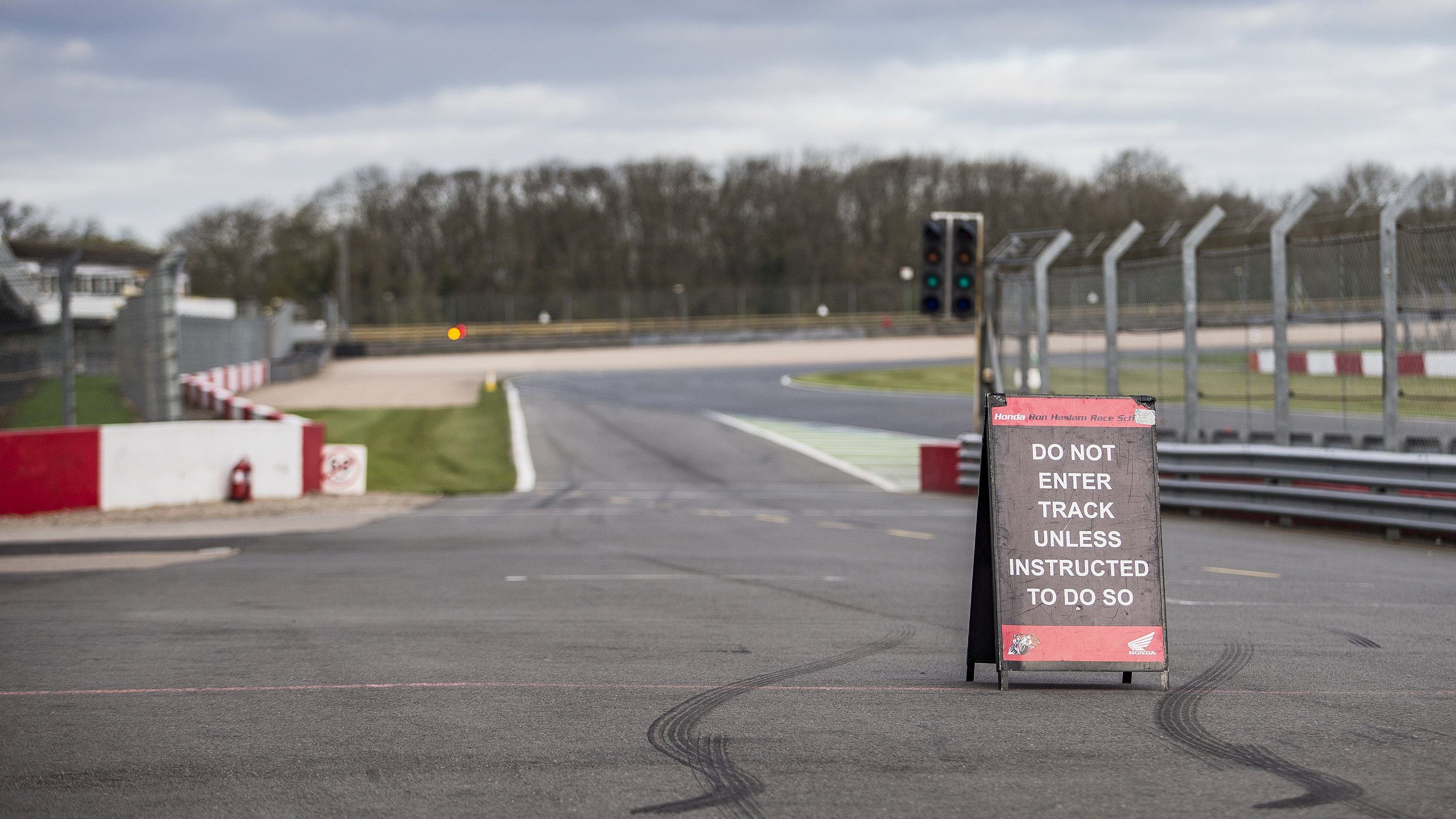 I feel wretched. I’ve just pulled on a set of leathers for the first time, and nerves – those deep, bubbling in the pit of your stomach nerves – only swell with each rise of the zip, much as I imagine they’ll do with each button of the shirt on my wedding day. Car trackdays are something I adore. But the prospect of my first ever bike trackday makes me want to throw up into the nearest bin.

Minutes later I’m grinning so much I think I’m going to crack the helmet I’ve been lent by the nice people at Donington Park clean in two. I’m not sure I’ll ever switch from full stomach-evacuation fear to unbridled joy so quickly again.

Weeks before my visit to Ron Haslam Race School I was doddering about on a 125cc bike during my CBT test. Clambering aboard a comparatively heavy and rather serious-feeling 500cc Honda CB500F in the pit lane of a track I’ve never even driven suddenly feels the equivalent of going from dipping my feet in an inflatable paddling pool to swimming the English Channel. In a storm.

But on bikes, as in cars, a bit of speed and power makes sense of everything. The CB500F’s 47bhp may be less than a base VW Up, but it’s plenty on your first bike trackday. The doddering has gone, and within a couple of corners I’m shifting my weight around in a way the wobbly idiot me I sent along to the CBT didn’t even dare dream of.

“Race School was probably the wrong choice of words because we get a lot of people who say ‘I’m not a racer’,” says Ron. “I was finishing my racing career and I wanted to really help people out, people that were on the road who wanted to have a go on the track. Those who are new to bikes, or returning to them later in life.”

I certainly fit the former category, but the way my confidence has skyrocketed from being let loose at my own pace on an actual racetrack rather than clumsily manoeuvring around cones in a car park is beyond comprehension. There’s a bit of low-speed stuff in Ron’s school too, mind – just to make sure people have vague control of a bike – but it’s all done in a seemingly whimsical manner. Taking corners with your hands on your lap, trying to get your knee down, attempting a stoppie.

“It might look like trick riding, but everything we do here has a second agenda to it – and it’s fun," says Ron. "If it’s fun, you’ll do it more and you’ll enjoy it more. And you’ll also learn the skill I need to get out of you. It’s a win-win.

“If you take a first-time rider and get them going around cones and stuff, that gives me as much pleasure as getting in a lad who’s done national racing and taking him to international. I enjoy teaching people something they’ve not learned before, to watch them get a bit of confidence, I get a thrill out of that.” Says a man who raced in 107 Grands Prix and has an Isle of Man TT victory to his name…

Before I get too cocksure, Ron takes me out for one of his infamously terrifying pillion rides

Loath as I am to admit it, those laps around Donington were more enjoyable than many I’ve had on farther-flung tracks in cars ten times as powerful. There’s a wider scope for fun on a bike trackday – so many more lines to choose from in corners, much more violent acceleration out of them, and the constant feeling of how influential your body position is. It makes for an experience that transcends sitting in a seat with only your hands and feet impacting on whether you’re quick or not.

Before I get too cocksure, though, Ron peeks out the window over lunch and decides the rain isn’t falling hard enough to stop him taking me out for one of his infamously terrifying pillion rides. I clamber awkwardly onto the bike behind him, and just before he projects us out of the pit lane on his near-200bhp Fireblade, there’s one solitary instruction. “Any time that you’re not happy, just bang your elbow on my side and that tells me to calm down a bit, that you’ve had enough.” I’m adamant that's not going to happen.

The first two laps are gobsmacking and I simply can’t believe the angles we’re leaning to or the acceleration Ron’s extracting out of his ‘Blade are possible. People say bungy jumping and skydiving are physical experiences; this lives on an entirely different plane. But I resist any elbow banging.

Then we exit the final turn of Donington to begin a third lap and it’s like a Jägerbomb’s been dropped into the petrol tank. Those initial laps were just a little warm up. Ron – lovely, mild-mannered Ron who minutes ago told me about the wonderful world of making road bikers safer on this very track – has now gone fully feral and there are at least two occasions where my eyes shut entirely instinctively, like they don’t want to see the accident we’re surely in the middle of having.

By the end of lap four I’ve concluded that I need to tap out if we head for a fifth, but Ron weaves us down the pit entrance and – realising I’ll live to tell the tale – all the adrenaline of the last five minutes manifests itself in one overwhelming hit as we bumble through the pit lane. For the second time today, fear has snapped into euphoria in an instant. I’ll be back to see Ron again.