Brace the internet: this 4WD Frankenstein Fox Body Mustang will be in Gymkhana XI 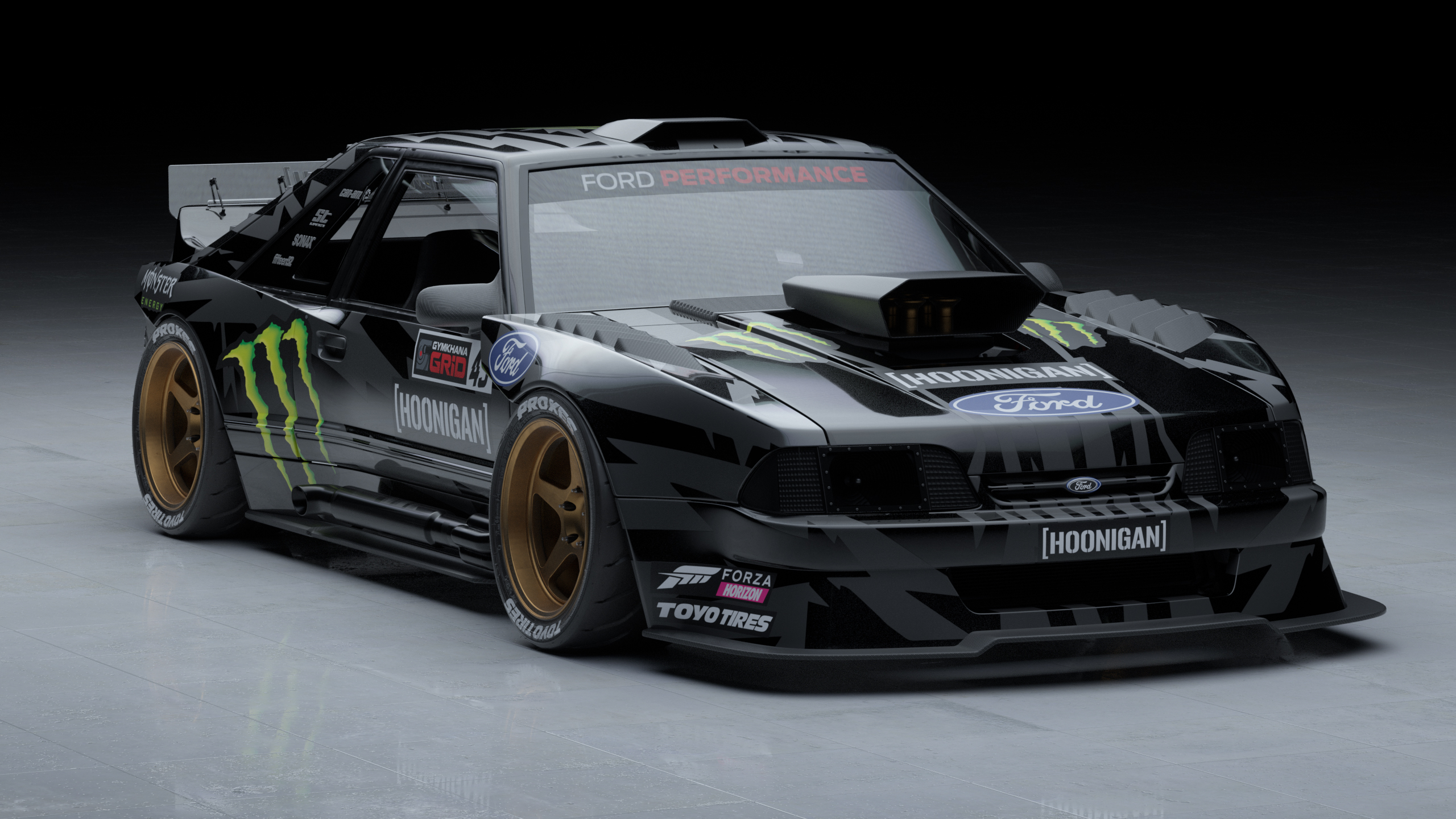 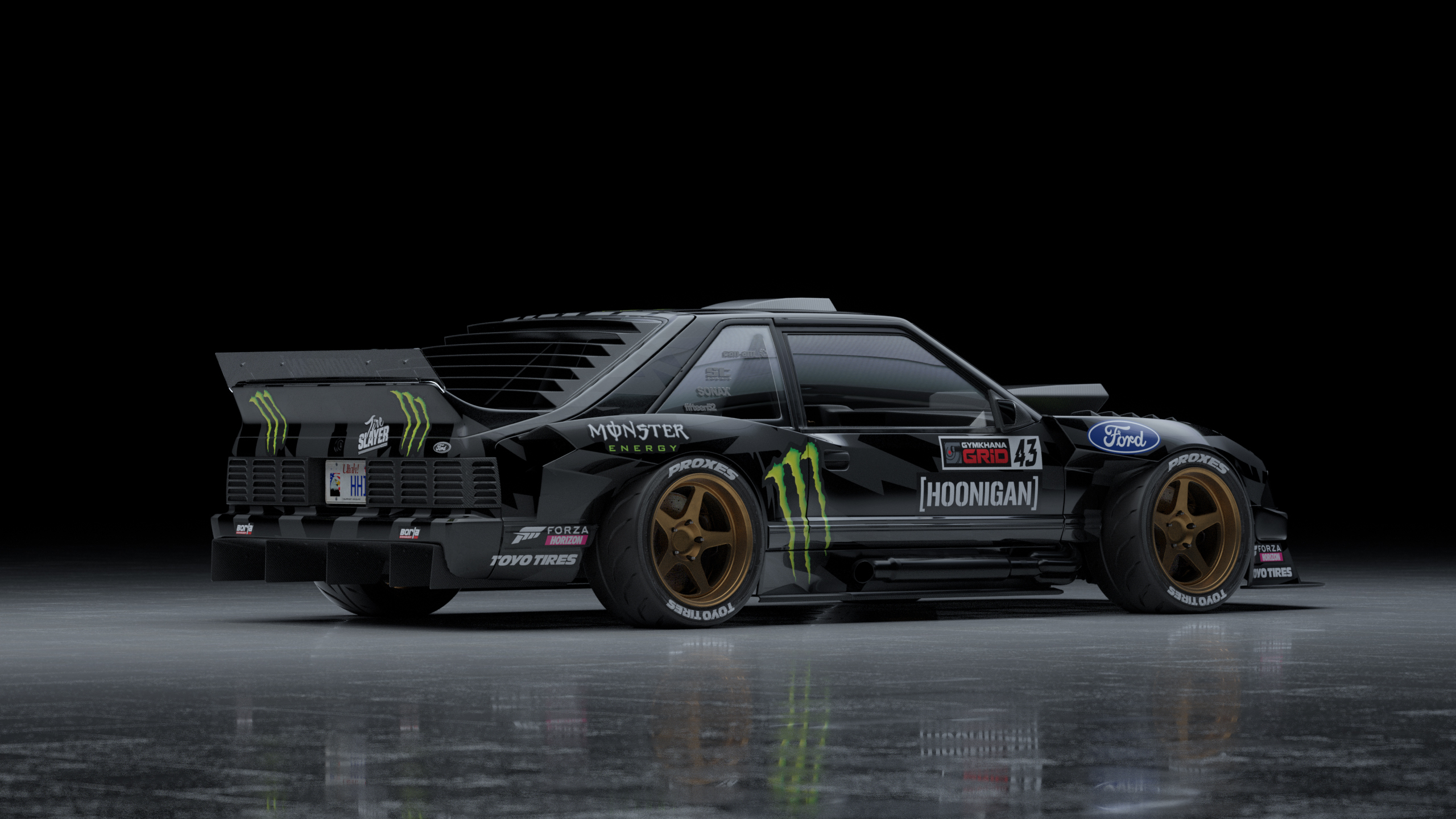 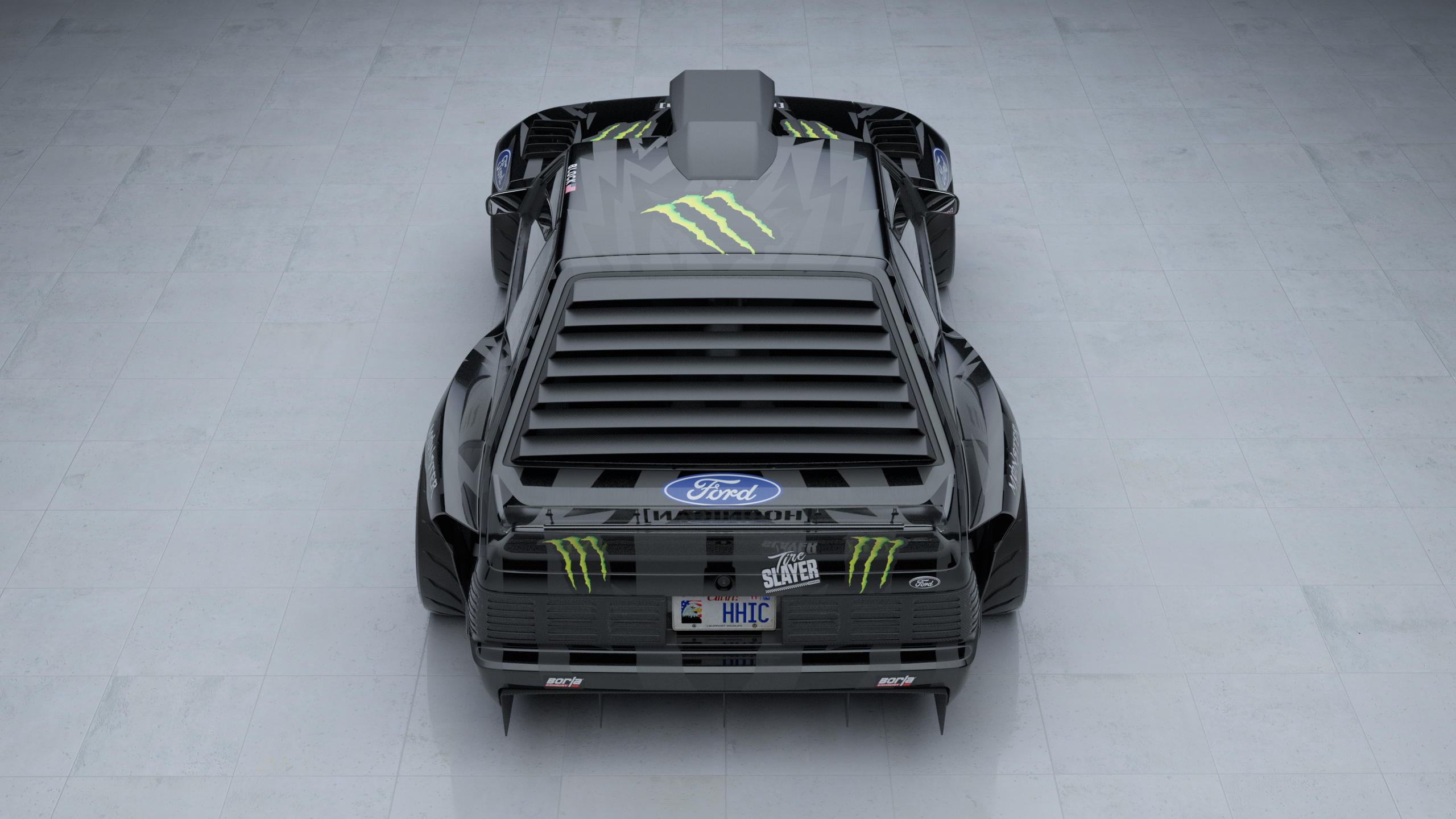 Is there an end to the creative lunacy of Ken Block? Simple answer: no. Even in the midst of a global pandemic his brain is salivating at the thought of what he can build next to send tyres screaming into smoke. And this, ladies and gents, is it: the Hoonifox.

Utilising the largely unloved third-generation Mustang from 1979 to 1993 (think of it as the Porsche ‘996’ 911 of Ford Mustangs), it's the latest high-horsepower Frankenstein Ford from Ken and his drifty disciples at Hoonigan Racing. Set to be used in the eleventh instalment of his Gymkhana series, Ken has enlisted the help of the man behind the upcoming new Batmobile – Ash Thorpe – to design the louvre-tastic beefcake of a Fox Body.

As you can imagine, the brief from Ken was full Spinal Tap: take everything to 11. Especially as Ken wants to fully embrace excess for this project. Inspired by Eighties motorsport and Ken’s very own ’65 Hoonicorn Mustang, its track has been pumped out for squat and boxy dimensions while modern WRC-inspired over fenders have been bolted to give it Eighties shoulder pads. As you can see, an IMSA-esque side-exit exhaust sprouts out of the body, while an exaggerated wing hangs off the back like the party end of a mullet and details like the classic Mustang GT louvred tail lights and rear windows continue to be a nod to the time of cassettes and fluorescent sweatbands. Rad.

What's powering it? Good question. As the project is only in its infant stages (the car currently only exists as these incredibly detailed photo-realistic 3D renders) the drivetrain of choice hasn’t been locked in yet. But there are some properly juicy options, including; the twin-turbo Ecoboost V6 from the Ford GT, the same naturally aspirated Roush Yates V8 from Hoonicorn V1, or – as a bit of a curveball – the electric drivetrain from the new Mustang Mach E. Or... even the motors from the 1,400hp electric Mustang drag car.

Being the next evolutionary step in the Hoonicorn blueprint, whatever is chosen will be hooked up to a rally-spec AWD system. But as Ken has proved (and Audi has failed to), sending power to all four wheels doesn’t mean things will be boring. Just smokier. And if you think this is some digital carrot at the end of a stick, think again.

“I absolutely want to build the Hoonifox,” Ken says. “And do a Gymkhana video with it. I want to an 80s Miami Vice-style version if it. Down in Miami. There you have it - my current wish list!”

Want to know more? Then check back tomorrow for a full insight into what’s rattling around Ken’s crazy brain. Until then, where does the Hoonifox rank in your opinion of Ken’s cars? If you need a reminder of what’s in his garage, just click these blue words.