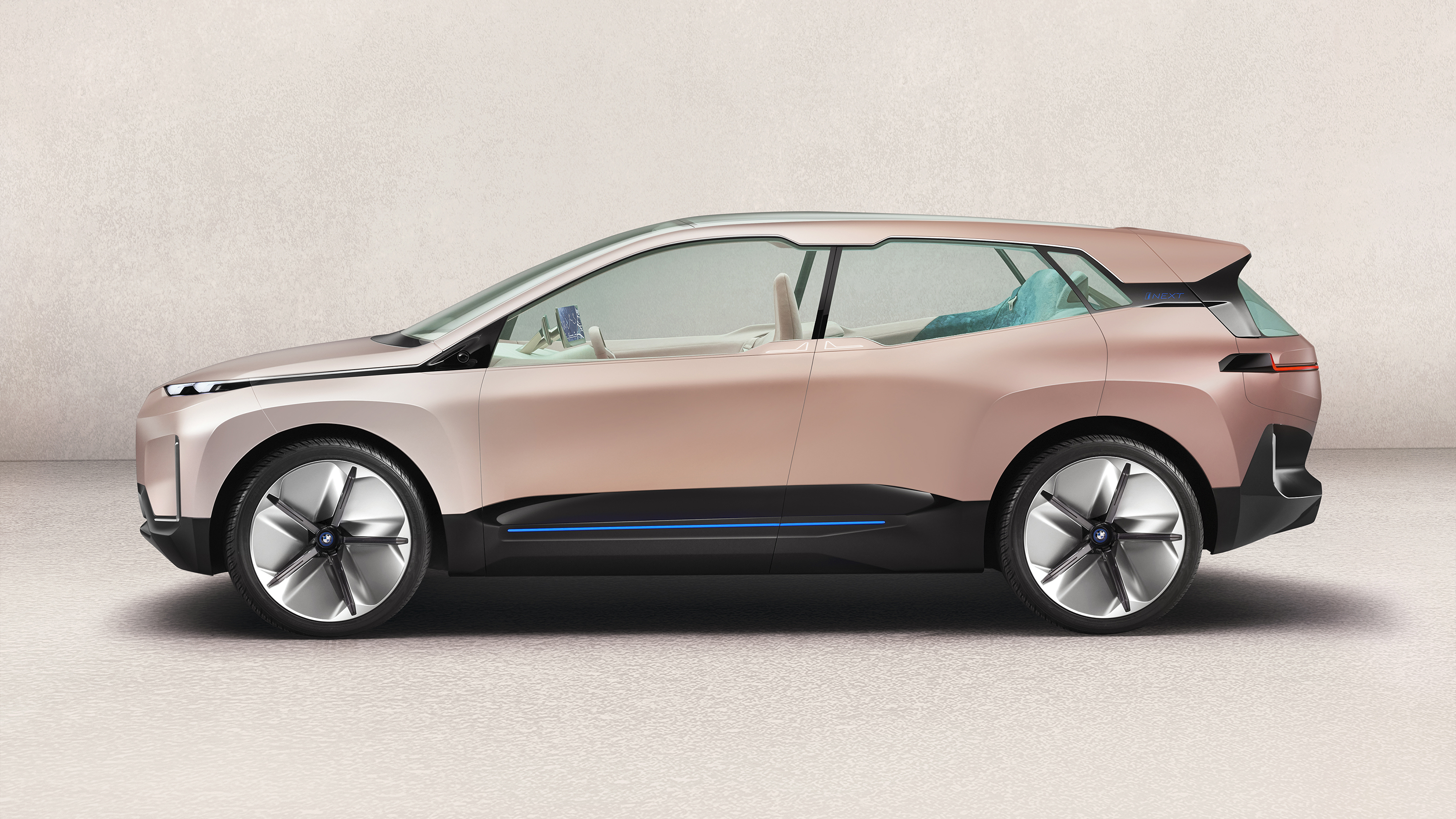 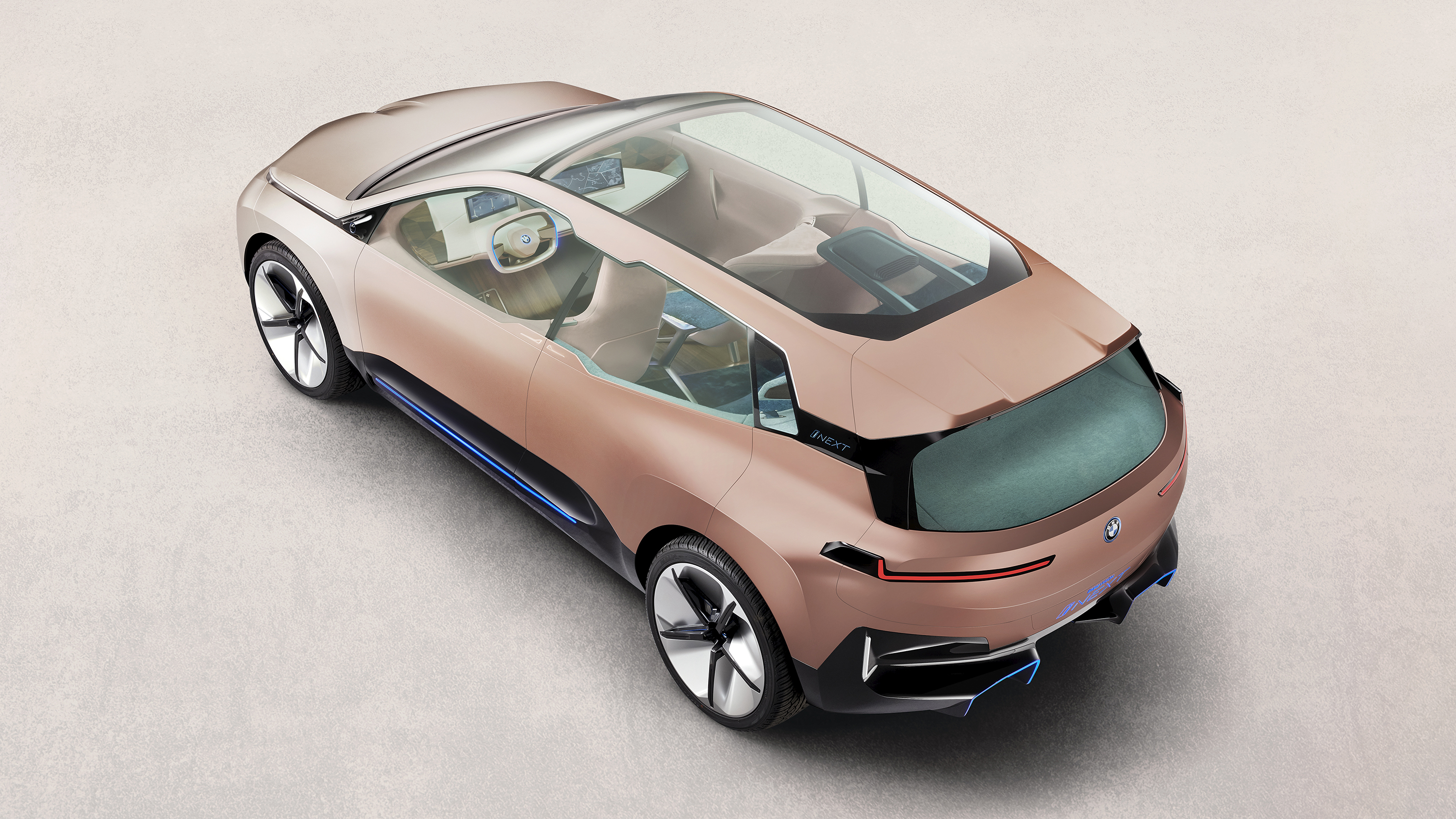 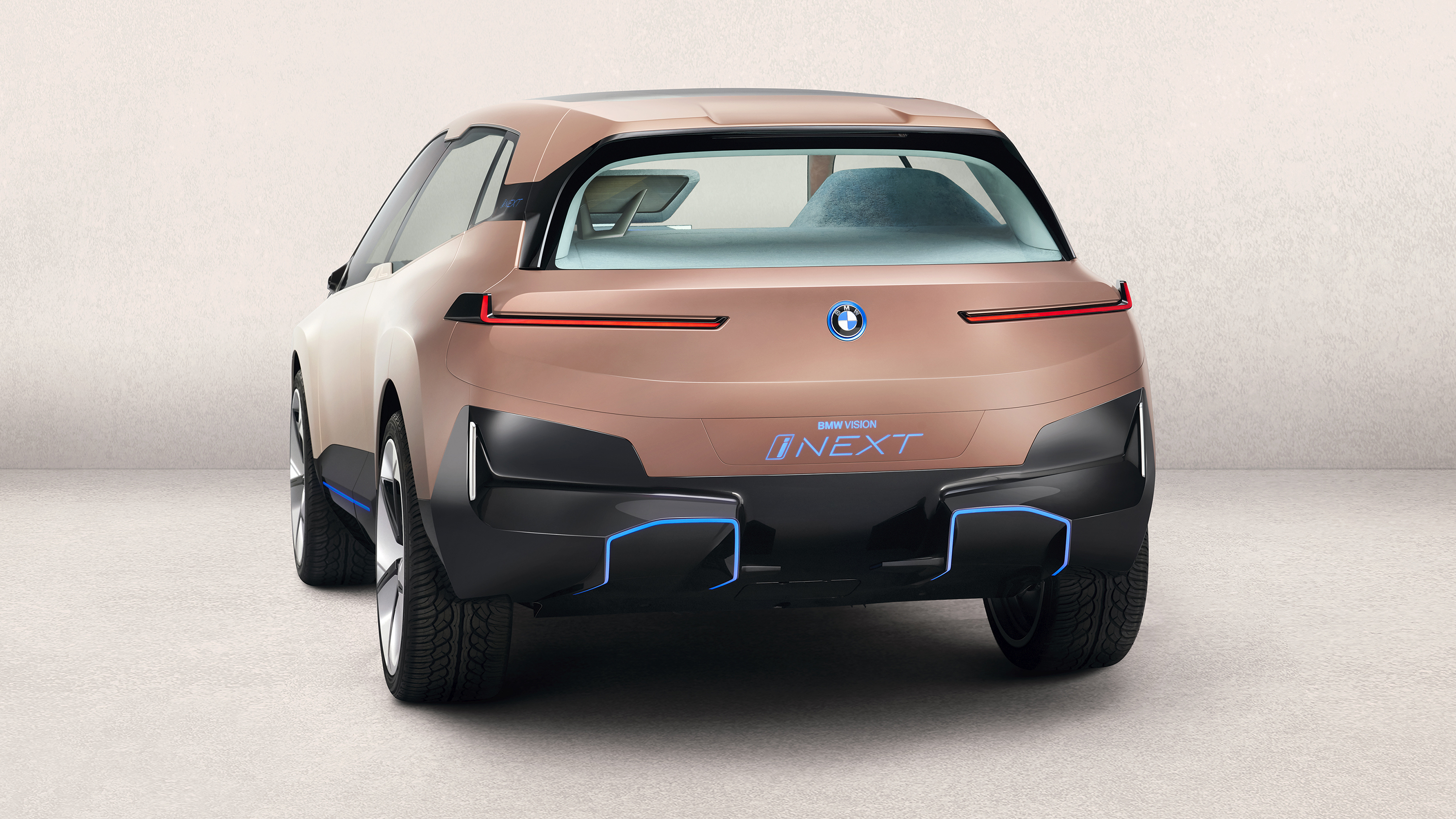 Time to get used to the way the BMW iNext concept looks. The production version is set to look quite similar, BMW design chief Adrian van Hooydonk told Top Gear at the LA Auto Show.

“It’s a vision car so it shows all the ideas that we have and that we’re working on,” says Hooydonk. “The production car is a little far away at the moment, 2021 is what we’re aiming for. By and large you will certainly recognise this concept car in the production vehicle.”

Whatever you think of its overall look, there are neat details to be found. Like the 3D tail lights, which protrude out of the car a little to help boost the aerodynamics, thus avoiding those tacked-on edges you sometimes see applied to the rear of hatchbacks.

“The tail end of that car will be very aerodynamic,” Hooydonk continues. “The glasshouse tapers strongly to the rear. You need some vertical trailing off edges and the tail lamp plays a role in that. Nearly all our tail lamps do it; we always make sure there’s a trailing edge where the air can come off cleanly.”

He also admits it’s fun to design BMW i products, as his team are working with a blanker sheet of paper than when they sketch a replacement for an existing saloon or SUV.

“We consider BMW i as a start-up within the inner walls of our company. The job of i is to innovate, excite and inspire, both in technology and design terms. We feel much freer when we design an i product. The i3 and i8 I opened up a door we didn’t even know was there for the design of the core products.”

Does that mean the i3 can stay radical when it comes to its second generation? “It’s too early to say. We haven’t done the design of the successor product yet. Funnily enough, the sales performance goes up every year. Which is very unusual in the life cycle of a car. We were ahead of time, and time has caught up with us. People still like the look of it.

“That’s exactly what BMW i was designed to do; to first cater to the early adopter and to catch their attention, and in order to catch their attention we had to do something unexpected. But of course, we will add more i products to the line-up. Electric mobility will also enter the core brand. We will launch a lot of plug-in hybrids and full electric vehicles under the main BMW brand.”

Indeed, many future BMWs will be based on the same platform as the iNext, and use its plug-in and self-driving systems. The company will have 25 electrified cars on sale by 2025.

“All cars beyond the iNext will be on the same architecture and we can roll the tech out on any car we want,” says BMW’s autonomy chief, Klaus Büttner. “Maybe not on the 1 Series where it will be a cost issue, but on the next 7 series and 5 Series it makes sense to fit these kind of technologies.”

The iNext launches as a Level 3 autonomous car (hands off the wheel, but you need to remain ready to take back control) but by 2021, BMW will be testing Level 5 cars (those that don’t need a driver at all) out on the road. “We are astonished how progressive some announcements are from other companies and what they bring to the road,” says Büttner. “We are hesitating because we have to prove safety. It must be totally designed.”

But even when the car is driving itself, Büttner insists it will still drive like a BMW. We presume that doesn’t mean smoking its rear tyres like an E36 drift car, mind. “There’s a close relationship with our dynamics team. Our systems tell the car where to drive and they work out how the car drives there. It still has to feel like a BMW.”

If you’re still not convinced, you’ll be able to turn all the autonomy off, too. Customers buy BMWs for the way they drive, and the company’s not about to surrender its main selling point. Hurrah.