The wild Fezza's competition debut didn't go as planned. But it will be back 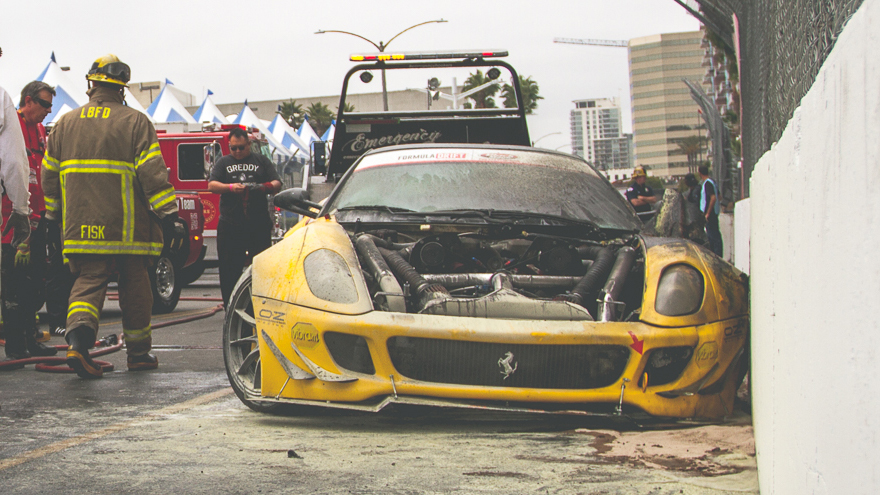 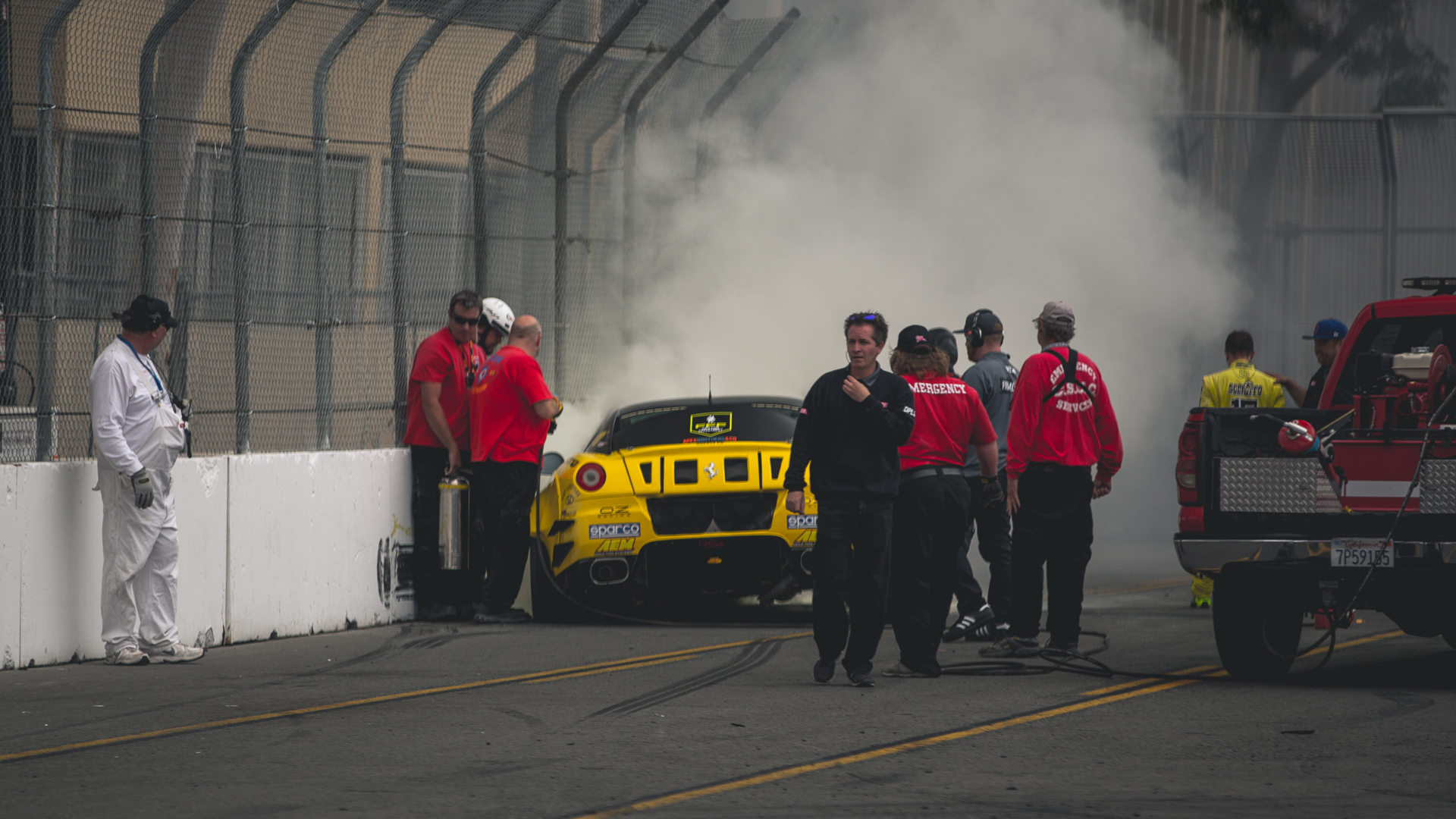 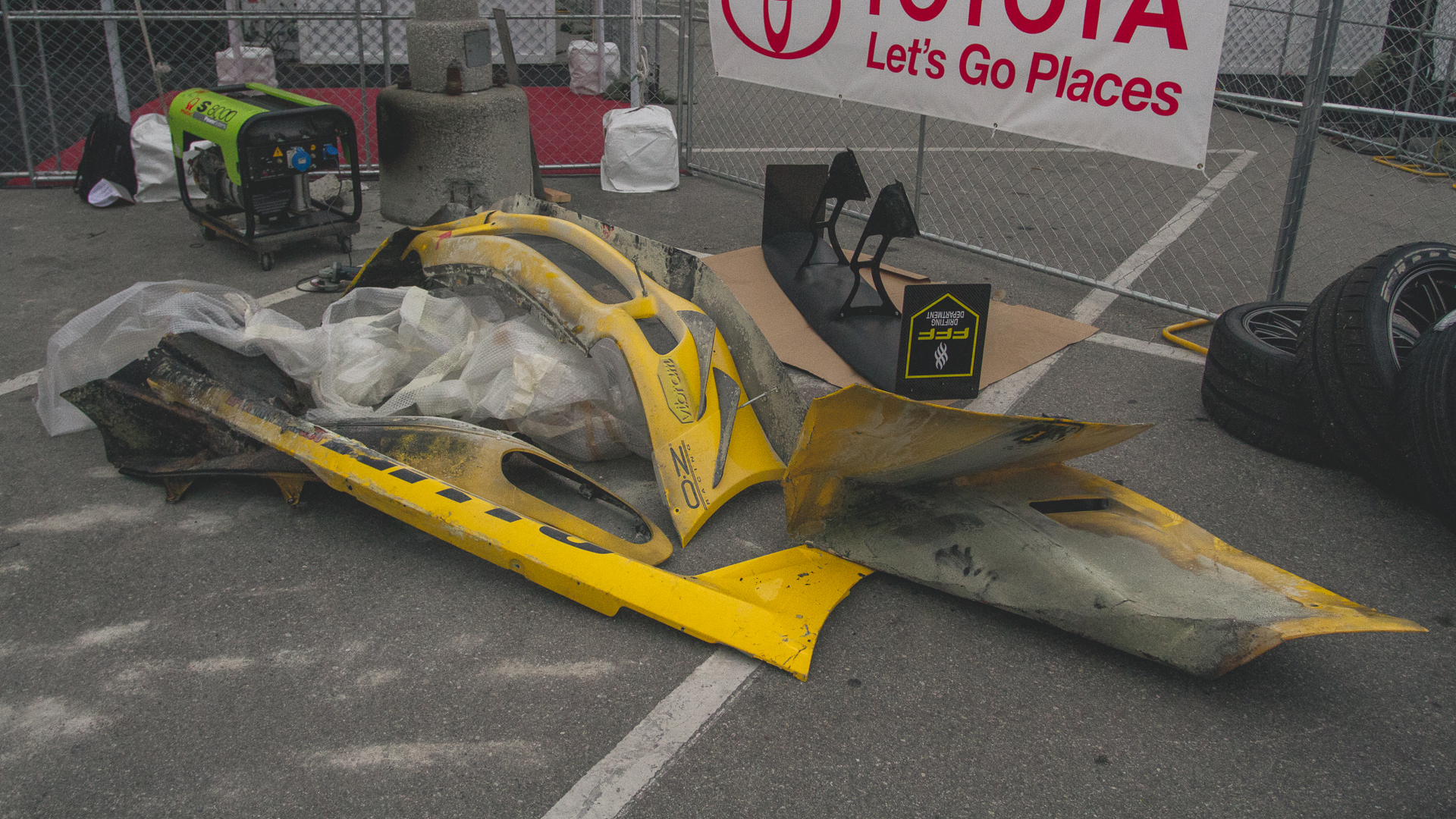 A half-hour before lunch break at last weekend's Formula Drift event at Long Beach, Federico Sceriffo and his FFF Drifting Department team's dreams of a podium were dashed. At the end of the Top 32 portion of the competition, a love tap by one of Ford's RTR team, Chelsea DeNofa, worsened an already critical issue, and cut a fuel line, which engulfed the Ferrari in a fireball that'd make most Vegas acts jealous. (Insert standard Italian-car-catching-on-fire joke here.)

And although Long Beach's fire department were quick to respond, Federico was lucky to escape the blaze. What made it much more dangerous than a standard fire was that when the car shut off, it did so with the driver door facing the race track’s wall, mere feet from its confines. If the Ferrari had stopped any closer, Federico would've likely been trapped.

The yellow Ferrari paint had been scorched and blistered from the fiery race fuel, and the once meticulously crafted car now sat on jack stands. The crew worked as fast as their hands could move, firing back and forth to one another in the most rapid Italian we’ve ever heard. Time, however, would not be on their side.

As the car edged closer to the team’s makeshift pits on the back of a flatbed, it seemed as if the entirety of the Formula Drift crowd had gathered around the minuscule area. Everyone’s phones were out snapping pictures as the mechanics, and Federico himself, worked to assess the damage.

Uncharacteristic of a Formula Drift crowd, you could've heard a pin drop. No one wanted to even as much as whisper before the team could assess the damage. Federico joked to another driver to ease the crowd, but it was at that moment that everyone could tell the car wouldn’t return to the competition. His race day, and likely the second round of the Formula Drift season, weren’t meant to be. An unfortunate instance to one of the most promising and anticipated new entries in recent years.

The mad 599 will however, rise from the ashes. Spontaneous combustion jokes aside, the FFF Drifting Department team has already begun working hard to make the third round of Formula Drift in Orlando, Florida. That, however, will require many late nights, parts overnighted from Italy, more custom fabrication, and what will be a terrifically expensive withdrawal from the team's bank account. Yet, given its promising first runs, and immediately being competitive, we're looking forward to the next time we catch a performance of Sceriffo's highlighter-yellow Ferrari 599 GTB Fiorano drift car.