The 300 SEL ‘Derelict’ isn’t for purists... and that’s what makes it brilliant 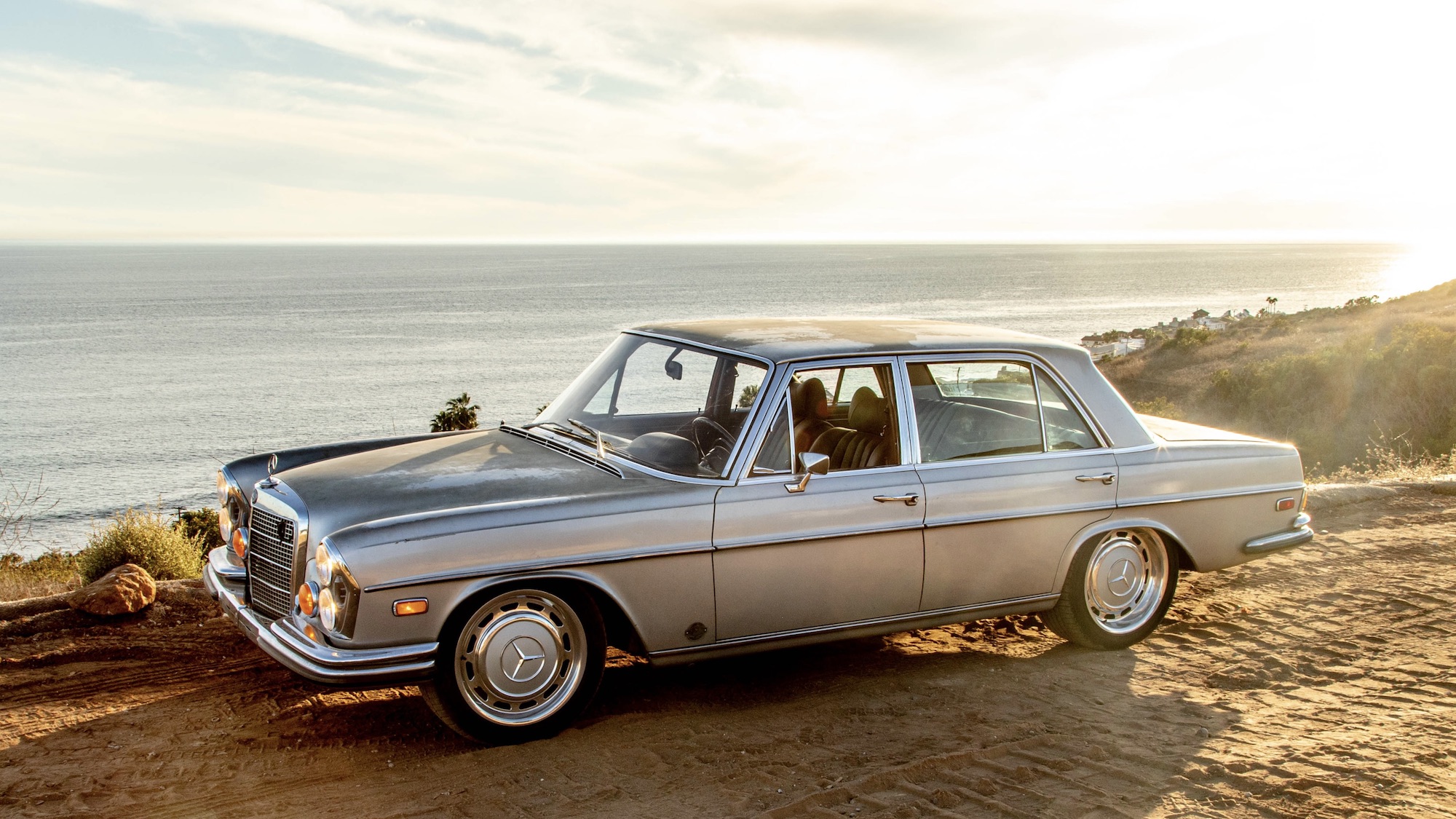 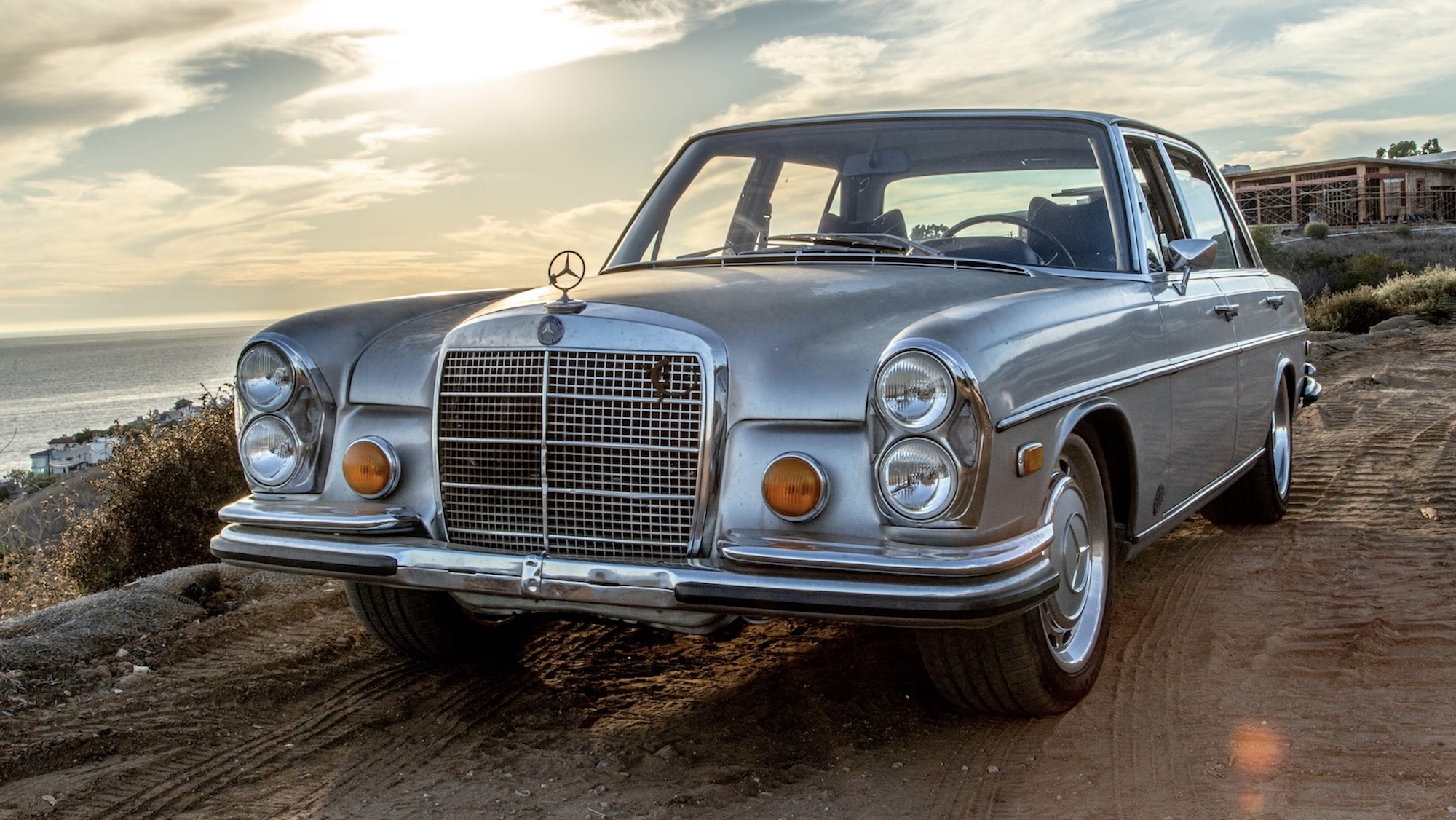 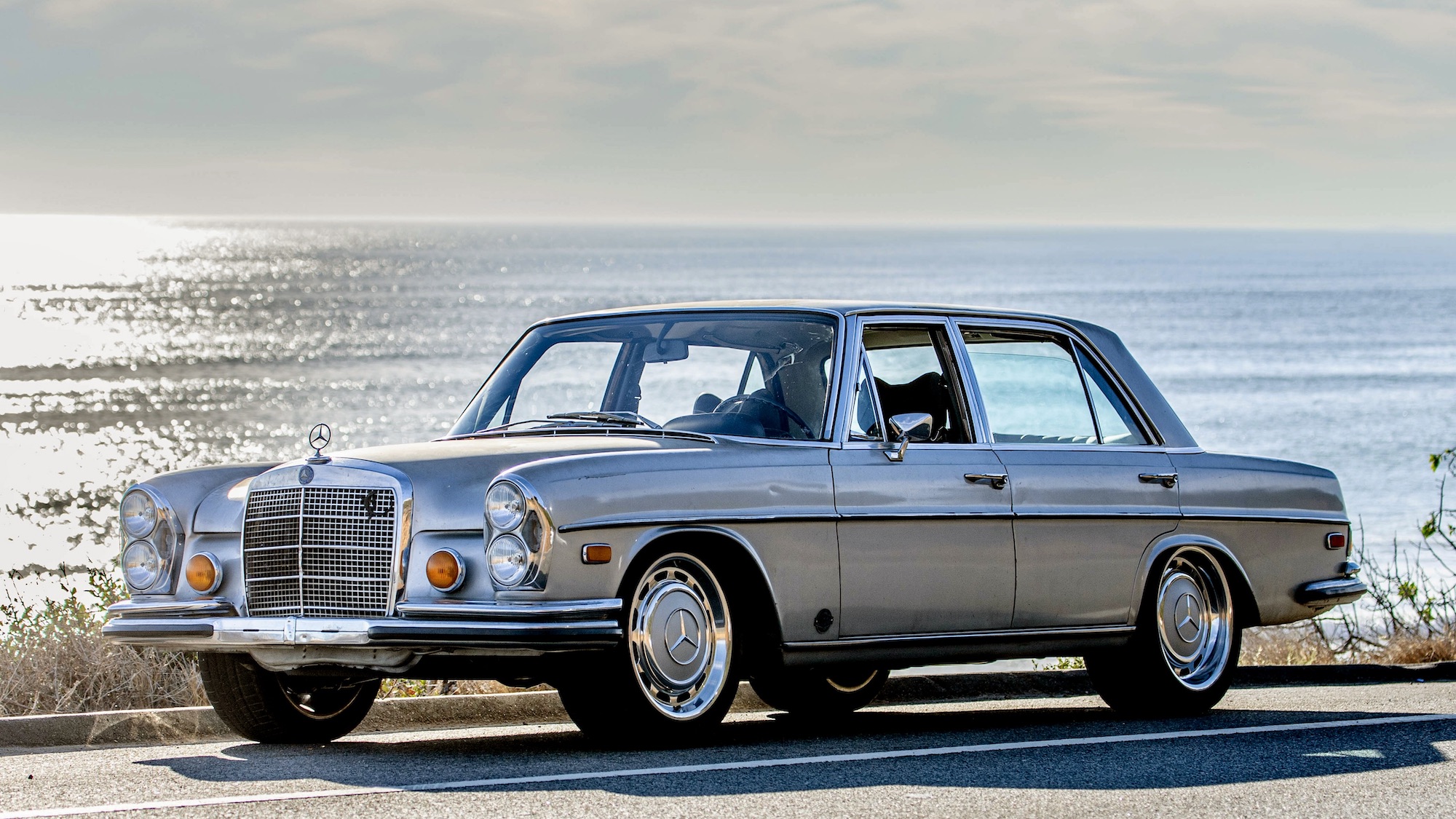 This is a thoroughly American Benz. And we love that.

Well, at least not entirely.

See, this particular 300 SEL is outwardly German, but with an American heart. The opposite of the Apollo space program, then. 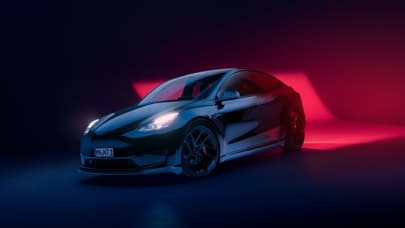 And it’s full of things that make a great deal more sense to Americans than the rest of us, like Strange coilovers, an Art Morrison frame and Deeds headers. It’s gotten to the point where we don’t know which one to purposefully misconstrue for a joke – art frame? Some kind of Brown-Eyed Girl bit? Postulating on what, exactly, makes the coilovers so strange?

But if we’re anthropomorphising an automobile, then its heart has to be its engine. After all, it’s what motivates and propels it. And so this modified 300 SEL’s powerplant says the most about where it came from. It also says ‘LS9 Supercharged’ down both sides of the engine cover, which rather sets one’s expectations about the on-road performance.

Of course, we could have been uncharitable and said ‘straight-line performance’. And not just because of the whole American thing, either – Strange Engineering’s metier, as far as we can tell, is drag racing. Beyond lightweight aluminium coilovers, Strange makes the kinds of parts that are second nature to drag racers – spools, 12-bolt diffs and so on – and generally hilarious to the rest of us.

Similarly, Mercedes purists are unlikely to find anything amusing about a Germanic symbol of luxury being so thoroughly Americanised and democratised – even if the LS9 is quite a ways up the pecking order in terms of LS V8s. And we can’t imagine they’d think much of the paintjob that’s been worn down, like a brand-new guitar with a factory-fresh ‘relic’ to make it look old. But while this 300 SEL is a Derelict, it’s not a relic – all the patination you see here has been earned each day, from its first in 1971 to when it rolled through the doors at Icon. And there’s something we absolutely love about that.

In fact, there’s something we love about this whole car, exactly as it rests and rolls in the photos you see here. It’s an exclusive and basically peerless luxury car, made both accessible and disreputable by time and the elements... then preserved in that state. Modern technology brought its stock as a luxurious limousine back up to modern standards, but the fact it was done with accessible American parts means that none of its inherent (and oddly appealing) disreputability has been diluted in the process.

And, if there were any doubt about its parts, execution or indeed how thoroughly American this particular Benz is, we’ll clear it up now: It’s debuting at SEMA in Las Vegas. And we kind of love that, too.

Success
Skip 8 photos in the image carousel and continue reading 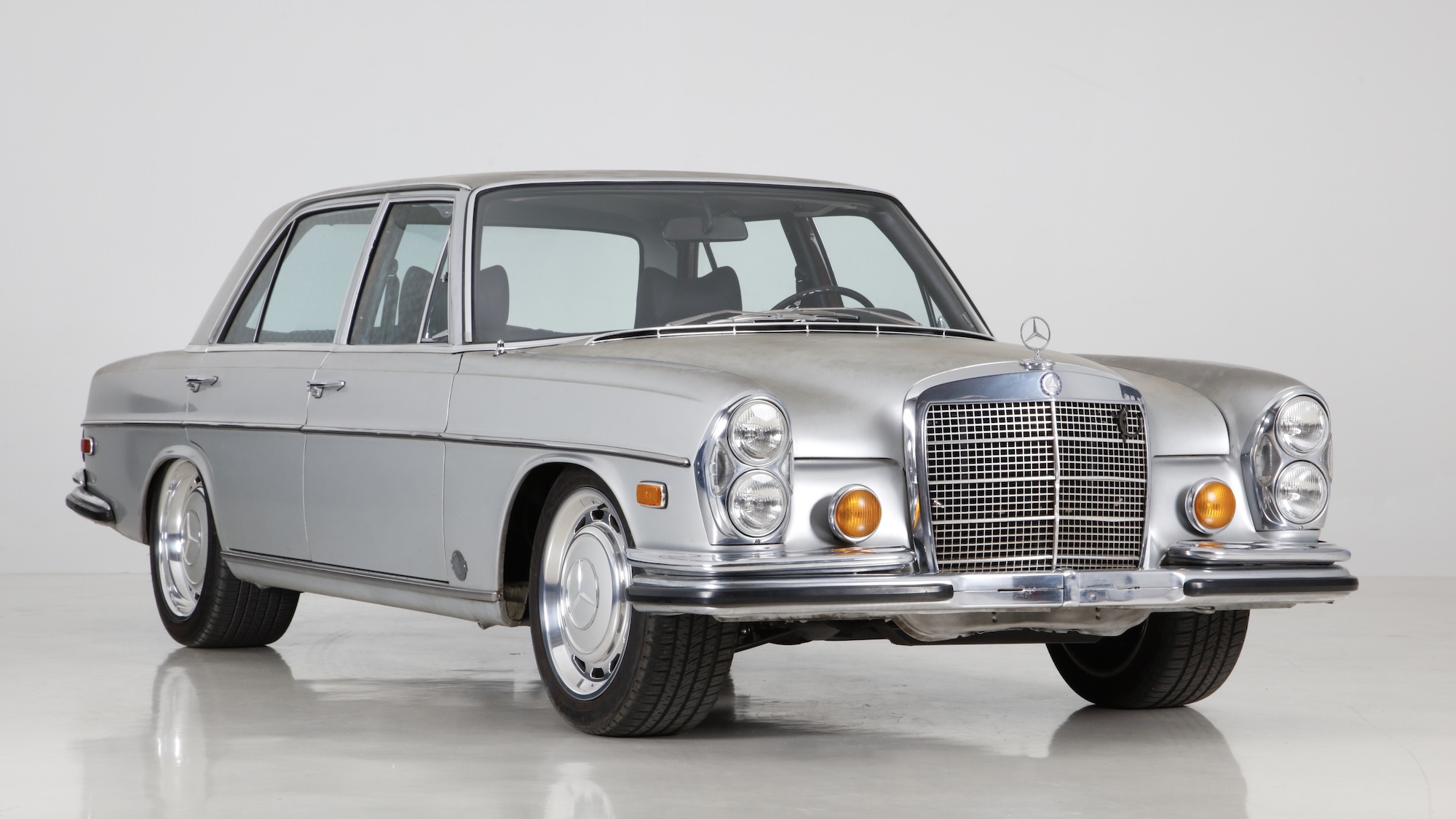 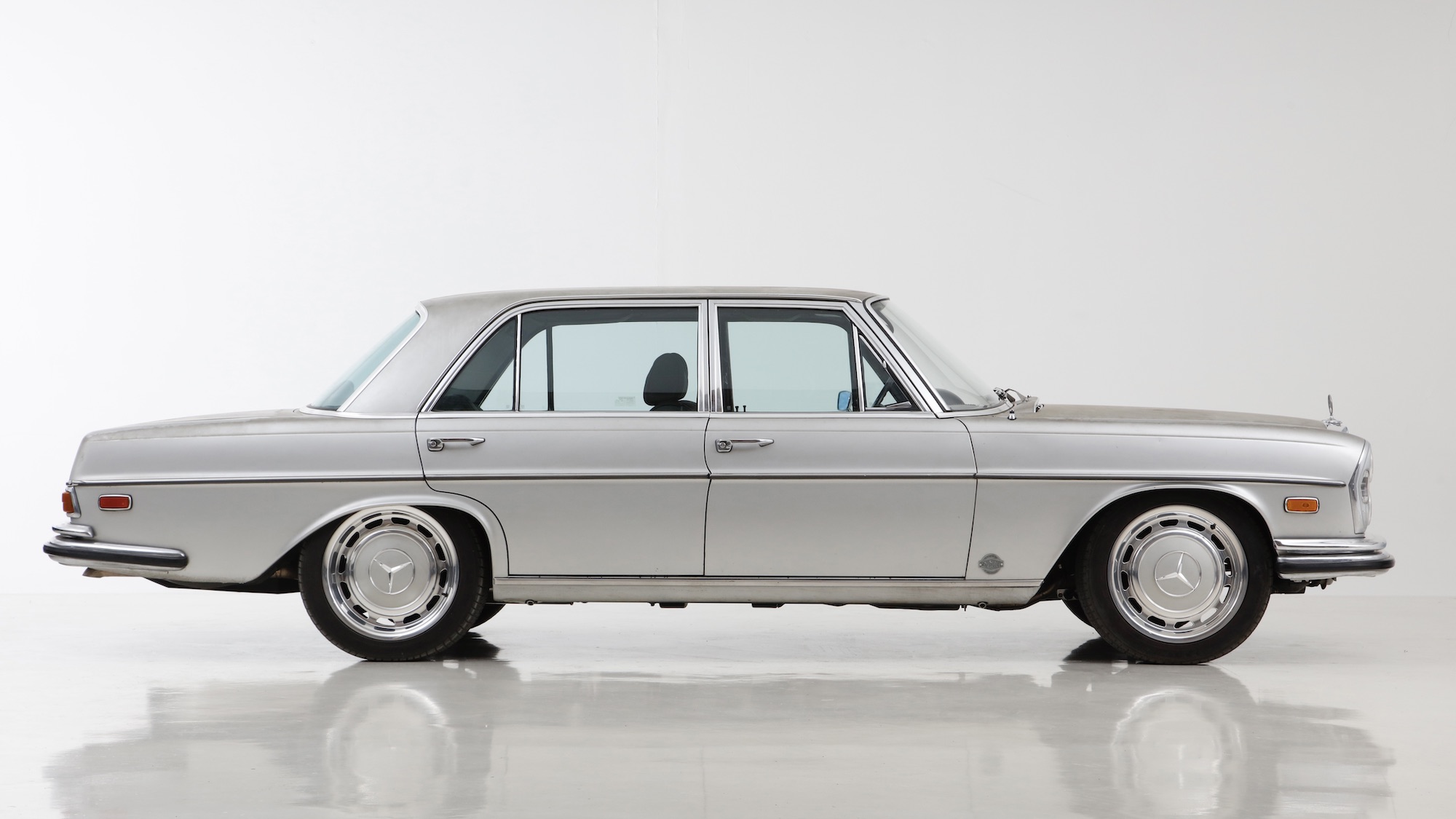 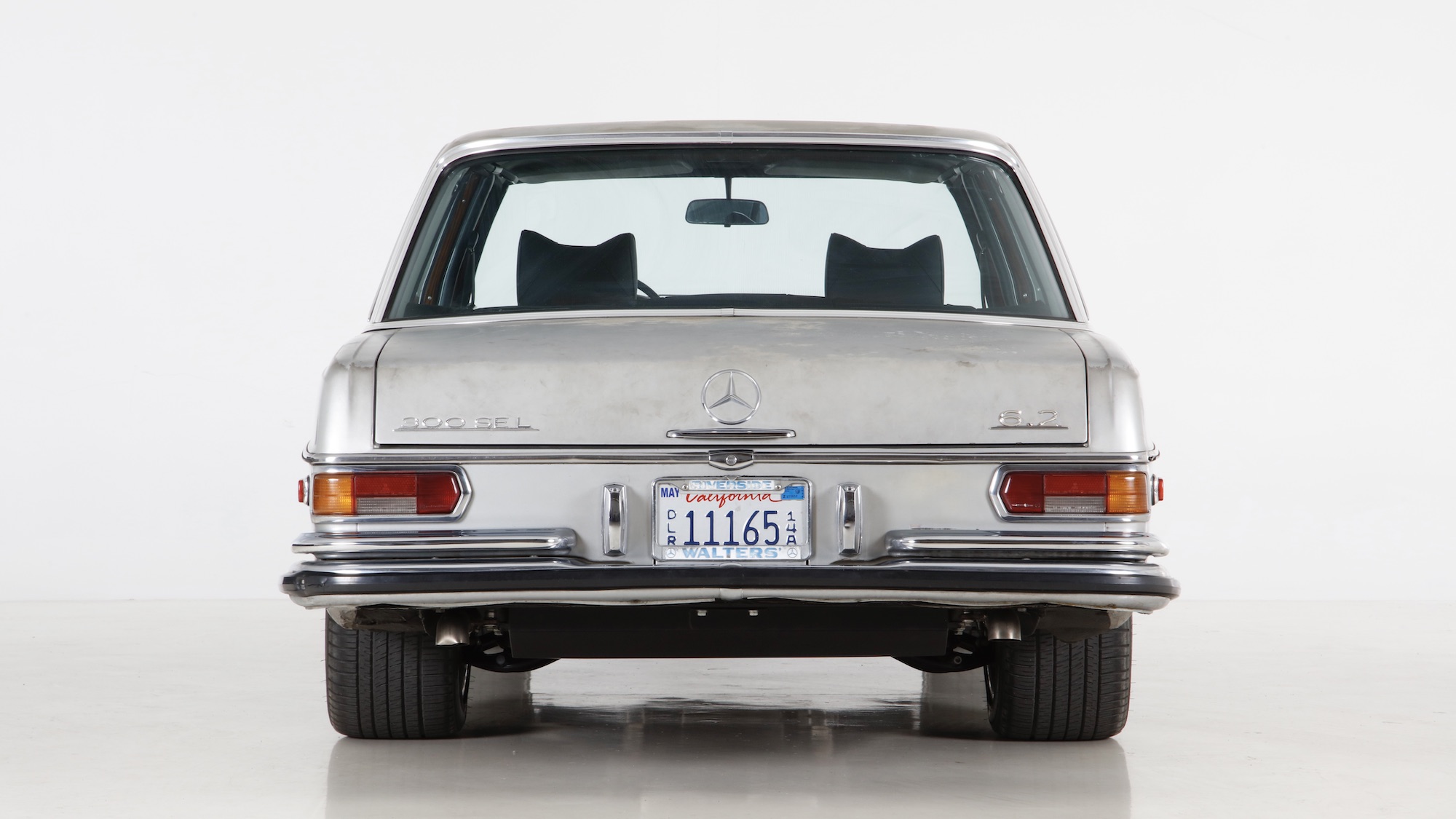