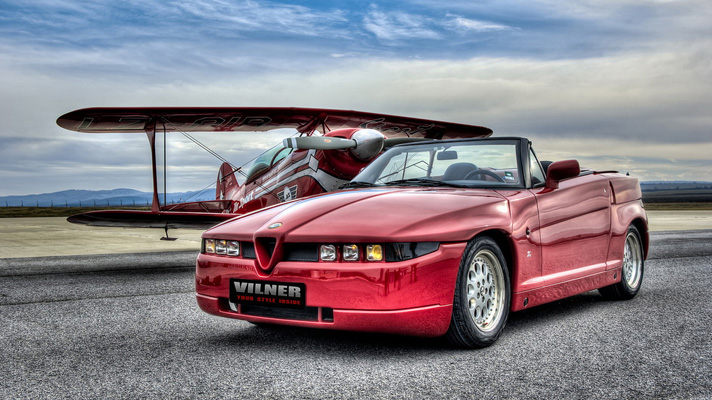 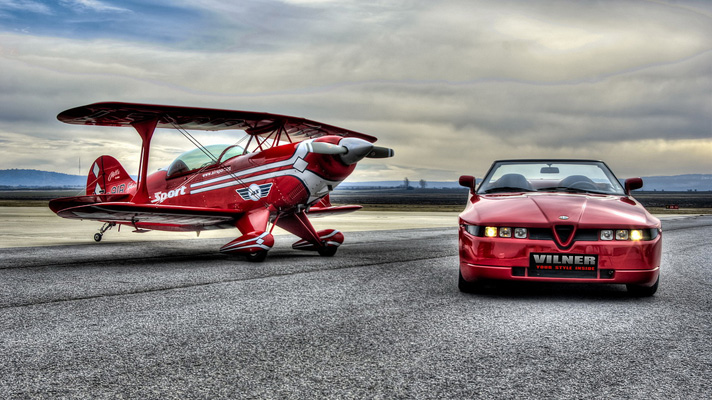 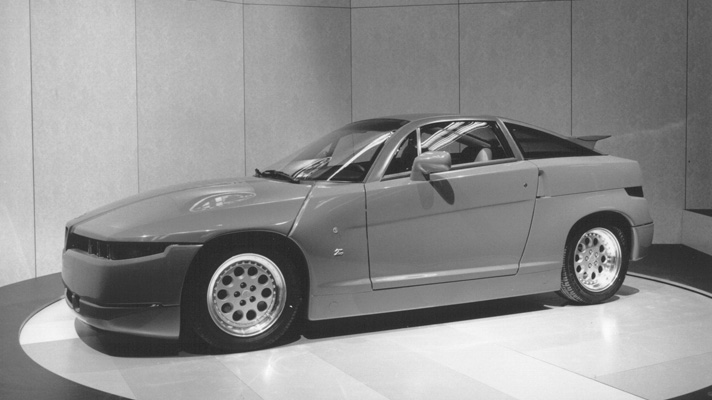 We've often opined here on Top Gear that promotion to the illustrious status of a proper ‘petrolhead' requires the pain, sacrifice, and challenging ownership principles involved in running an Alfa Romeo. Only those who have had their fingers bludgeoned to oblivion in roadside repair will understand.

None however, came more challenging than this. Well, challenging to look at, anyhow. It's an Alfa Romeo RZ; a car designed by Zagato, based on the ES-30 concept, built around the Alfa Romeo 75, and the most exclusive and rare Alfa Romeo... in the world. And Bulgarian tuner Vilner has just restored one of them to full factory spec.

Alfa planned to build 350 units of the RZ - after the SZ coupe - but in the end just 284 models rolled out of the factory between 1992 and 1994, making this blocky, tri-headlight RZ even rarer than the bite-the-back-of-your-hand-beautiful Alfa 8C Competizione.

It came with a 3.0-litre V6 engine positioned underneath that Lego-spec bonnet, powering the rear wheels to the tune of just over 200bhp and around 180lb ft of torque. Problem is, it's so rare, owning one is even more painful than regular Alfa Pain. Finding parts is nigh on impossible. Step forward Vilner.

The Bulgarian tuners famous for their interior decoration skills treated this RZ to a full service, despite "difficulties in finding the needed parts", including renovations to the chassis, transmission, exhaust system and engine. There especially, Vilner painted the covers red, in true Ferrari style.

Second, they replaced all the seals and built an entirely new roof, fitted new door panels, a new dashboard and centre console, two brand new seats, a new steering wheel and even a set of sparkly new floor mats. They then repainted the whole car in red (it was only ever available in red, black or yellow), and bolted on a new set of alloy wheels.

Suffice to say, its owner in Germany is "one more new happy customer". No word on how much it cost to restore, but expect it to be somewhere in the region of A Lot Of Money. Helpfully, Vilner has released an entire gallery's worth of pictures of the refreshed Alfa Romeo RZ, so here we throw the ball over to you good folk of the Internet. Do you think this is a classic Alfa, or is it one to file under ‘what on earth were you thinking?' We've included a picture of the standard Alfa SZ too (the coupe version), because both remain polarising cars to this day...