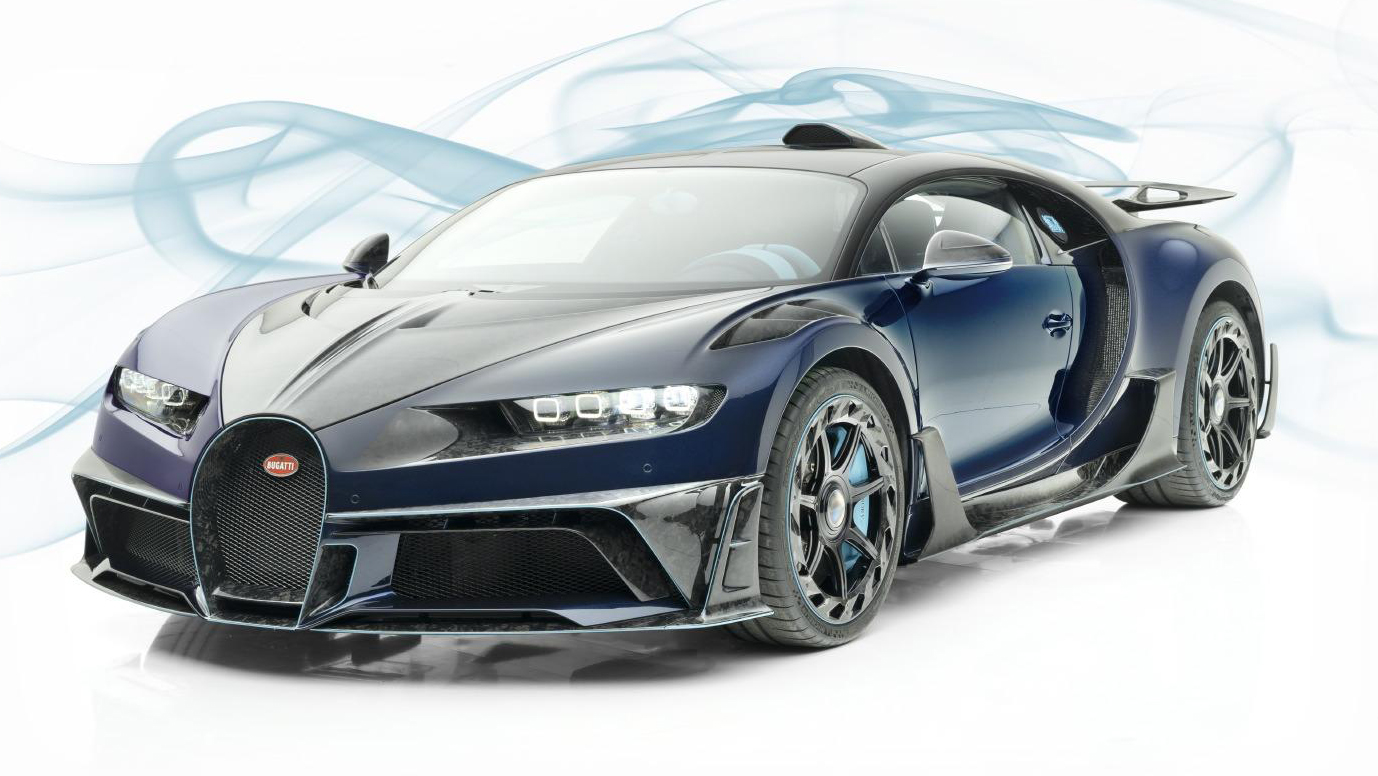 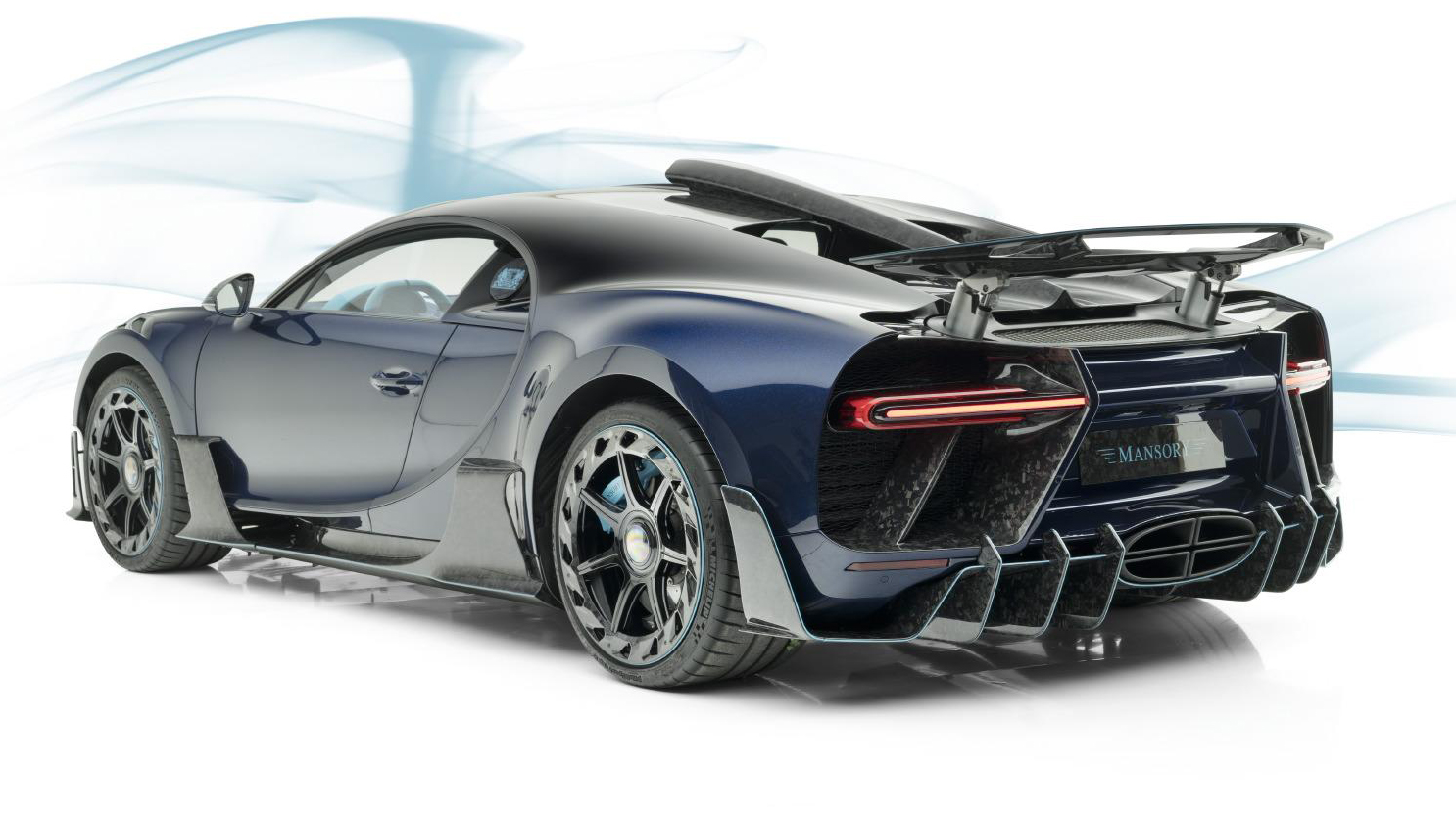 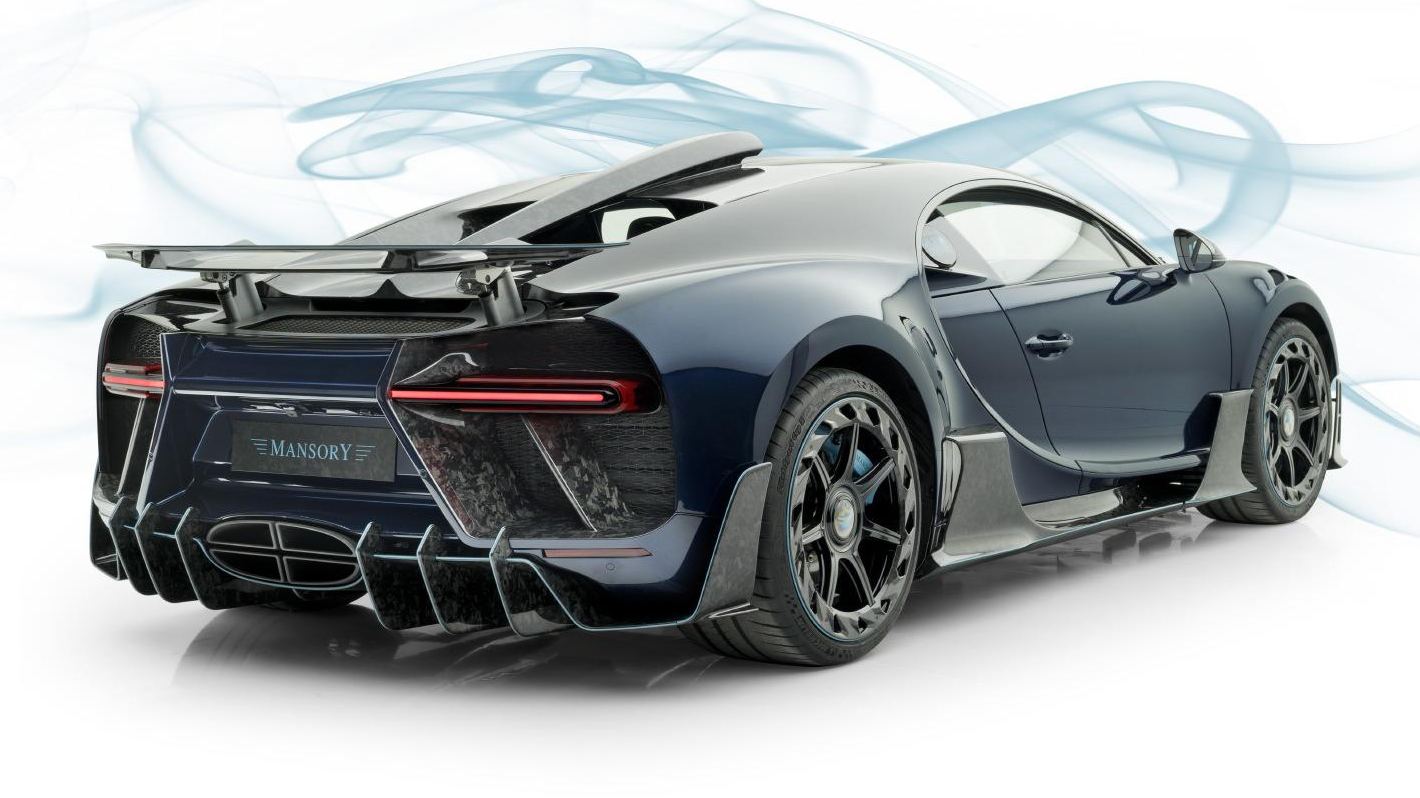 The Bugatti Chiron is easily one of the most complicated and over-engineered cars on the planet. But that didn’t stop Mansory from applying its not-so-subtle touch to Molsheim’s masterpiece for this year's Geneva motor show.

See, any supercar is just another ‘hold my carbon fibre beer cosy’ moment for the Bavarian tuning house. Now, the jewel in Mansory’s Geneva show crown is up for sale. And not for an insignificant amount of money, at *cough* £3.7million *cough*.

As a reminder, Mansory’s Chiron (dubbed the ‘Centuria’) was the world’s first tuned Chiron, largely because no one had the outright pomposity to go there. And we’re not just talking an ECU flash and air filter.

Nope, this is a full going over with gauche carbon work and a completely new aero package. Now, we don’t want to drag Mansory's hard work in the mud, but let us drag Mansory's hard work through the mud as you have to be a) brave or b) stupid to look at Bugatti’s 261mph, 1,479bhp successor to the Veyron and think that you can engineer it better. But which side of the brave/stupid coin do you think Mansory sits on?

The exterior is clad in a bespoke carbon fibre Armadillo suit, which – apparently – further improves the Chiron’s aerodynamic properties. There are re-developed side skirts that supposedly create some sort of aerodynamic link between the two axles. While accompanying these appendages are larger air inlets and an additional air intake on the bonnet to optimise engine cooling, along with a new diffusor and re-designed rear wing ­ – because Bugatti obviously missed a trick there. On top of this are new, fully-forged carbon fibre turbine wheels (20s up front, 21s at the rear) and a new super woomphy exhaust. Oh, and the apparent ride height of a B-segment crossover.

Inside, well… check it out for yourself.

Since sitting on this year’s Geneva motor show stand in March, the car has done a whopping 14 miles. Considering a boggo Chiron costs £1.9million, we can’t say this is the deal of the century. But if you share the seemingly unusual tastes of Kourosh Mansory and want a Chiron like no other, this could be the car for you.