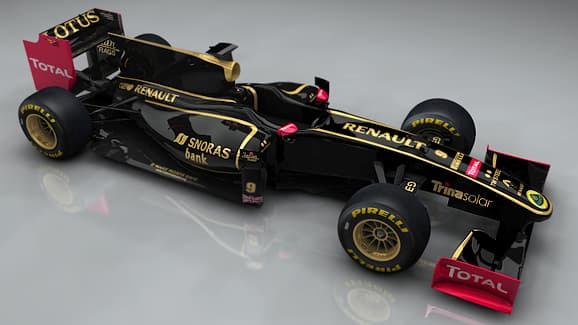 Group Lotus has signed a deal with newly formed Renault Sport F1 to enter the 2011 season as ‘Lotus Renault GP'. The tie-up will use Renault engines and ‘Lotus pedigree'.

In related news, earlier this year, Lotus Racing boss Tony Fernandes bought the rights to the name ‘Team Lotus', rebranding his LR team for the 2011 season.

If nothing else happens, in 2011, the F1 grid will contain Lotus Renault GP and Team Lotus-Renault. We are officially confused.

The racing outfit came to an end in 1994, which is why such a big palava was made when, last year, Air Asia boss Tony Fernandes applied to Group Lotus (the car business owned by Proton) for licence to use the ‘Lotus' name in F1 (Lotus Racing).

Fernandes then bought the rights to use the name ‘Team Lotus' - the actual, real and historical Lotus F1 name - from David Hunt, brother of F1 champ James and owner of the name - in September this year. But Proton hit back, saying it would "support Group Lotus in taking all necessary steps to protect its rights in the ‘Lotus' name, including resisting any attempts by Mr. Fernandes or his companies, or any other unauthorised person, to use the ‘Lotus' name in the 2011 Formula 1 season."

And Group Lotus CEO Dany Bahar reckons he's got the real Lotus. "We're well aware that there has been a lot of controversy around the usage of our brand in F1 and I'm delighted to be able to formally clarify our position: We are Lotus, and we are back."

It gets even more complicated because both teams now say they want to race in classic black ‘n gold livery. Group Lotus' effort is the one you see above. Both will battle in front of the High Court next year over the name.

F1 Fanatic editor Keith Collantine said: "It's inconceivable this will end with four cars all called Lotus-Renault on the grid at Bahrain next year.

"The start of the new season is 95 days away. Hopefully cool heads will prevail and sort this mess out before then."

Will the real Lotus please stand up?