The story behind Audi's 671bhp attempt at the 2022 Dakar Rally

The RS Q e-tron is the motorsport equivalent of a moon shot. TG.com went behind the scenes to see how it fared 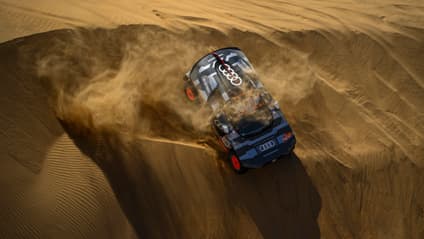