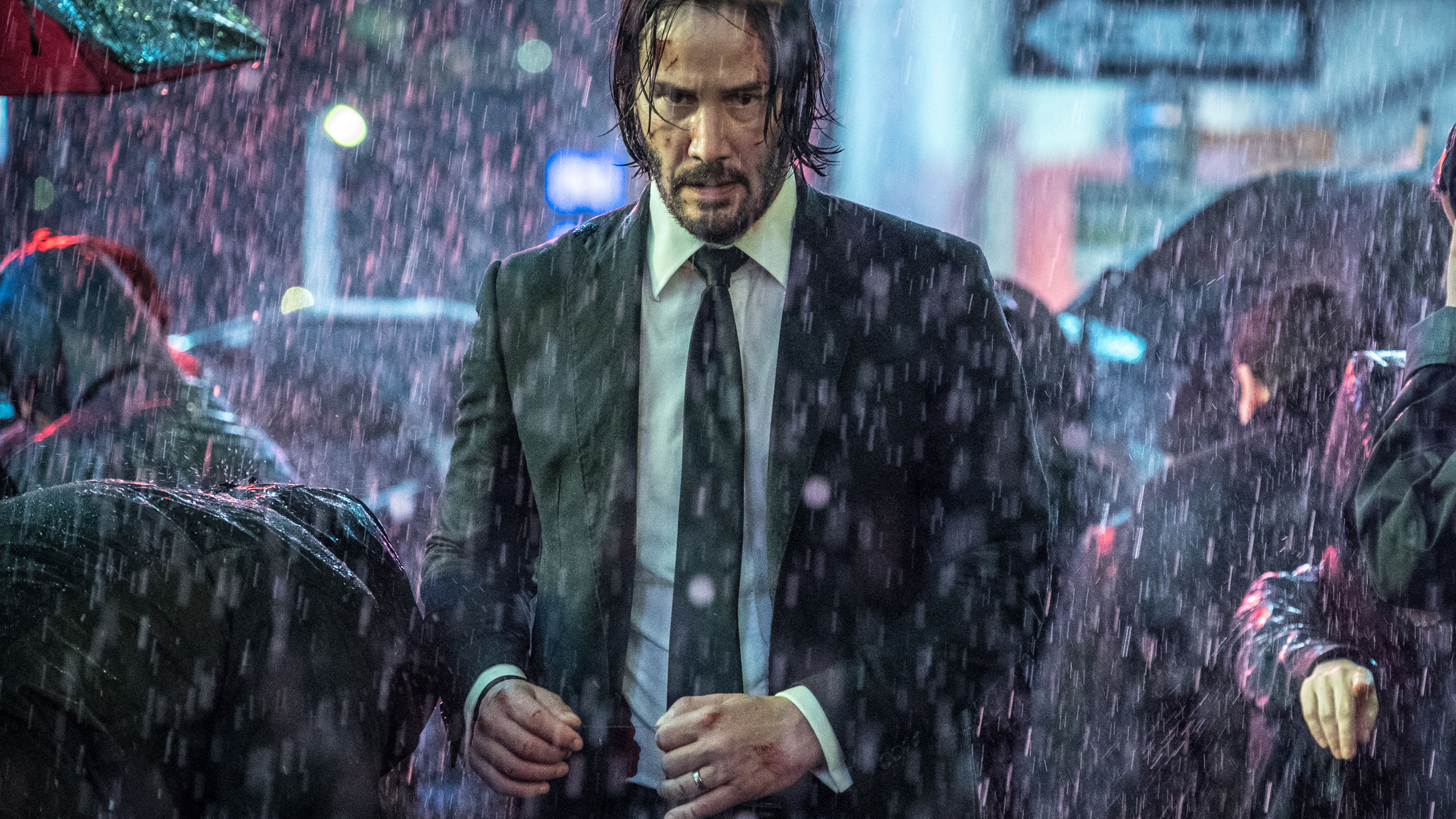 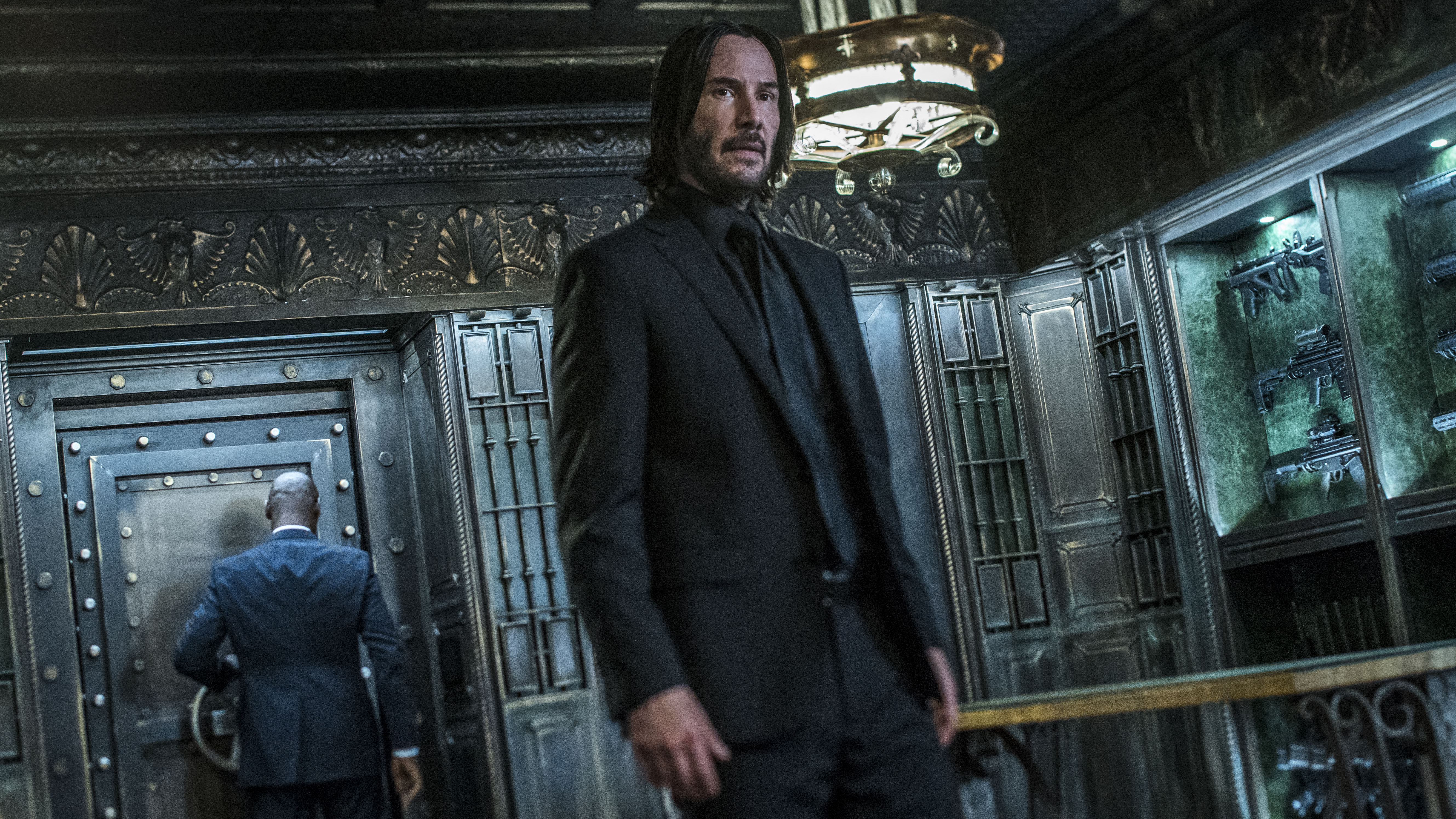 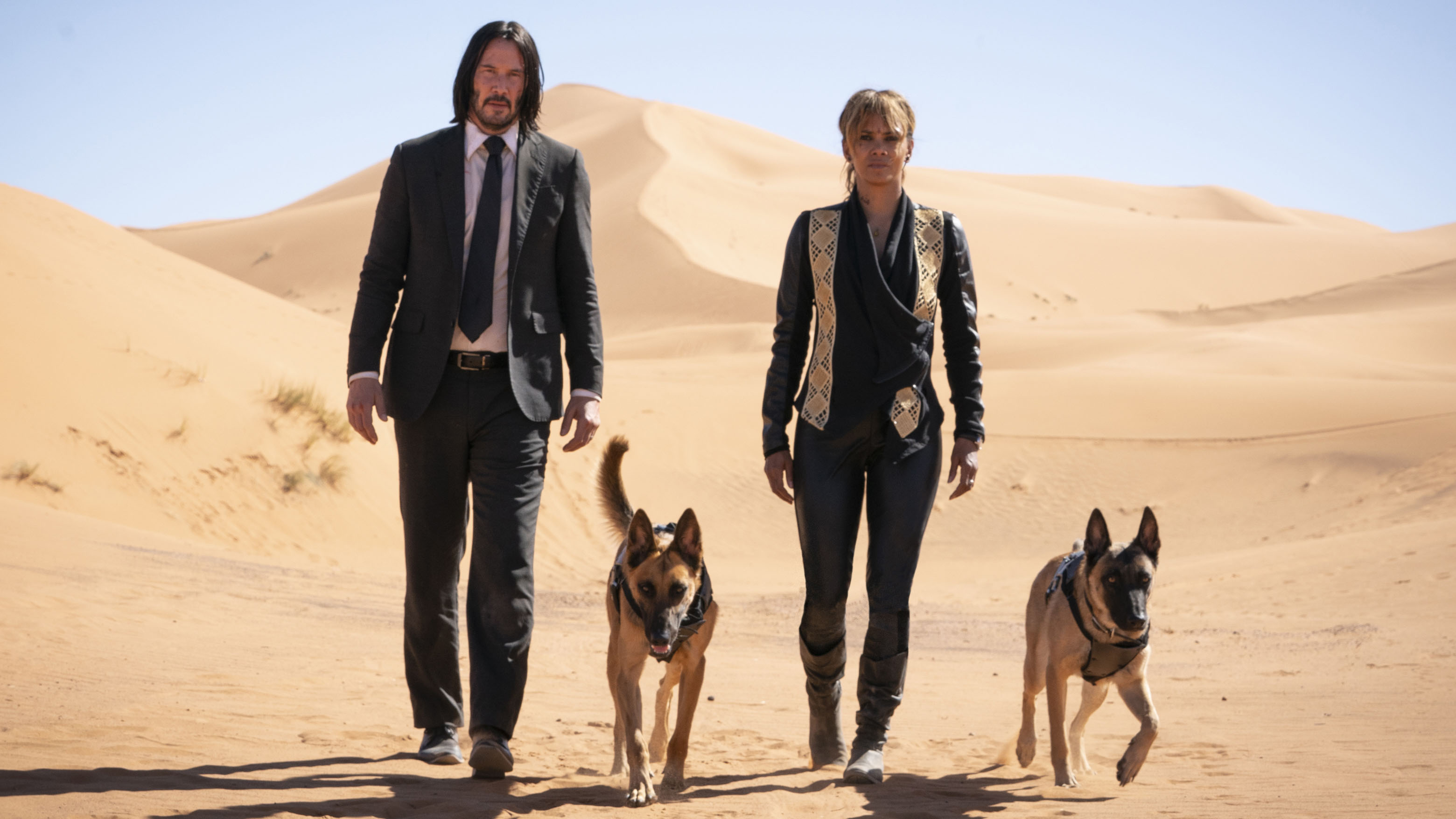 Picture the scene. It’s late. A crime lord is on the phone to his trusted mechanic. “I heard you struck my son,” the crime lord says. “Yes sir, I did,” comes the reply. “And may I ask why?” the crime lord enquires.

And that, ladies and gentlemen, is the catalyst; the opening of the deepest, most kick-ass seal in movie history. John Wick is unleashed. His beloved 1969 Ford Mustang Mach 1 has been stolen – his puppy, too, put to sleep – and Mr Wick is angry.

Keanu Reeves is John Wick, returning for the third instalment in a ludicrously entertaining and incredibly physical action trilogy. As John Wick 3 – Parabellum hits cinemas, we sat down with Reeves (“Top Gear,” he coos on our arrival) and John Wick director Chad Stahelski, and pondered… is Reeves a real-life petrolhead?

“I appreciate a beautiful vehicle,” Reeves tells us. Stahelski too, is a proper car guy. “I don’t own a ’69 Mustang [like John Wick],” he said, “but I appreciate them. I love Steve McQueen-era stuff, and that’s kind of where we got the idea of the Mustang [for the first film].”

Indeed, Reeves noted years ago that when he was young, becoming a racing driver was an aspiration. We ask him about a memorable driving experience. “Oh my gosh,” he tells us, “it’s so much fun to drive. I love driving.

“I had the last of the air-cooled Porsches [a 993-generation 911 Carrera 4S], and having that car in Los Angeles on Mulholland Highway, going up the coast in the Santa Monica mountains, there were some really good late-night drives with the music on, with a friend.

He stretched it out a little more than that, too. It’s been noted how Reeves signed up for Porsche’s Driving Experience a long time back, and indeed took the top spot in a celebrity race in California back in 2009. He would later go on to buy a newer 911 with a measure of customisation (black anodised interior trim panels, a top-dead-centre marker on the steering wheel). 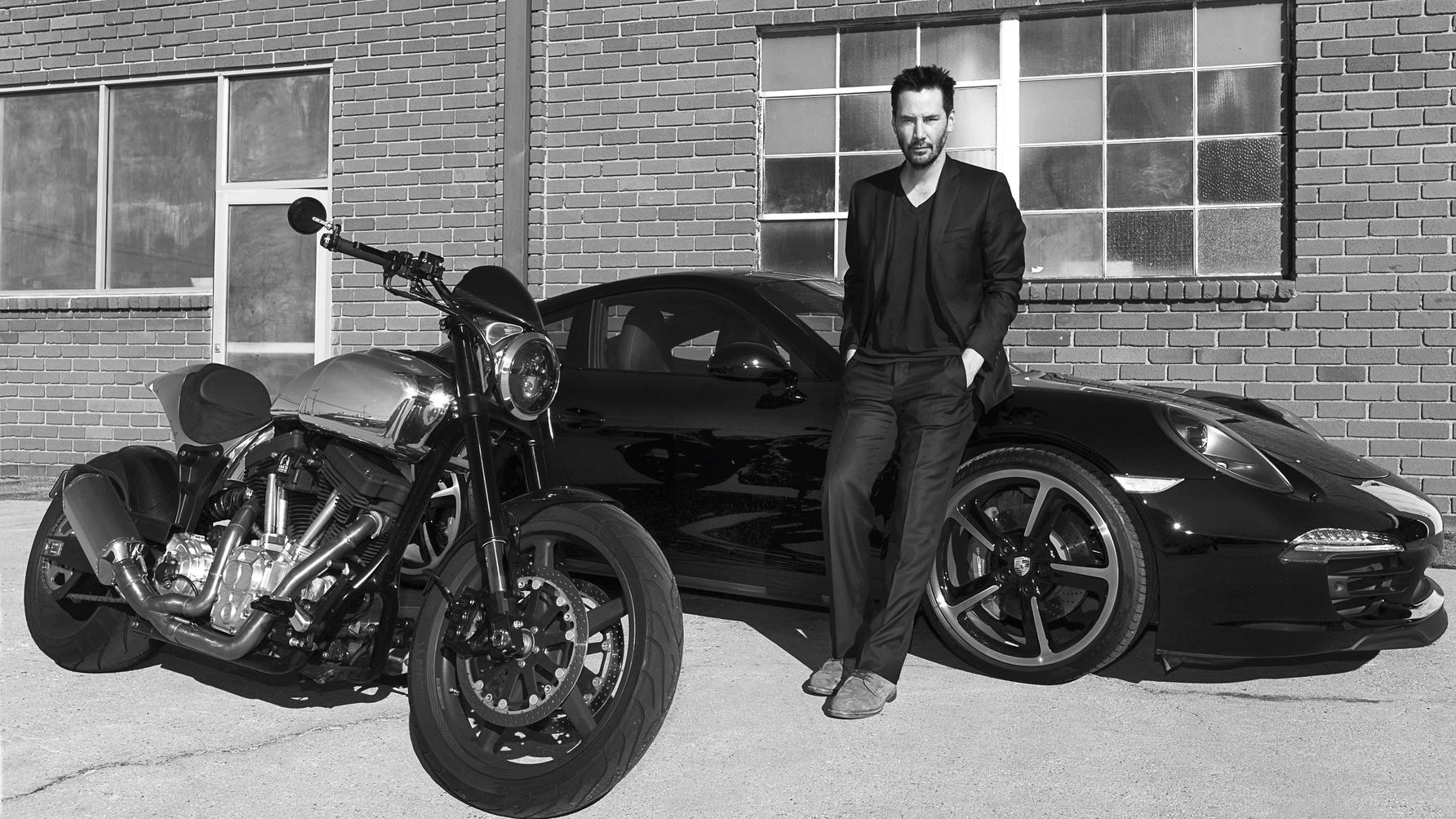 Though his money went with Porsche – and of course, on his fabled love of motorcycles – he’s got a soft spot for a small Italian supercar company based in Maranello. When asked about any car from any decade, he leans back and takes a deep breath.

“Oh my gosh,” he says. “I don’t really know why, but when I was a kid they had those Matchbox toys. I remember there was a Ferrari – you’ll probably know better than me – it was the Berlinetta Boxer? I don’t know what year. I think from my childhood, I’d probably have that vehicle.” He’s talking, of course, about the gorgeous 512 BB.

Indeed, back in 2015, Reeves paid a little visit to Ferrari HQ, checking out the assembly lines, and the ‘Tailor Made’ department. He also bagged some seat time in a 488 GTB around Fiorano. “It’s a car you instantly feel an incredible synergy with,” he said at the time. “It’s like it’s tailored around you, an extension of your body and your mind.” The 488’s also bats*it quick, but we suspect he figured that out on his own.

He’s fond of the old stuff, too. While at Maranello, Reeves fells for the 500 Mondial and a one-off, Fifties single-seater built for the Indy 500. “You can really feel how the values of the past are being passed down here,” he said.

Reeves started his motoring life with something a little less salubrious, mind, but no less cool. His first car? “I had a 1969 Volvo 122 in British Racing Green. It was good,” he tells TG. Stahelski too, had something pretty good to start off with – a “beat-up Camaro with fuzzy dice”.

Having a background in stunt performing, Stahelski’s driven pretty much everything since that beat-up Camaro. “First time I sat in an Aston Martin. I was like, ‘Yeah this is pretty cool,’” he tells TG.

I had the last of the air-cooled Porsches

And the first time we witness an insane motorcycle chase in John Wick 3, we thought the same. “A sword fight,” Reeves corrects us. Ah yes. Ninjas. With swords. On motorbikes. It is exactly as brilliant as it sounds.

“We’d already seen a concept that they did in a Korean film called The Villainess,” Stahelski says about this wild chase scene. “We’re big fans. They did it in a different method than we did, but we really liked it, and the director was a real genius in how he put it together. We’re big fans of Asian cinema, so we thought, ‘OK, we’ll try that.’

“Just like we did a little tribute to Sergio Leone, to Lawrence of Arabia, to [Akira] Kurosawa. It was more about if we could do choreography on motorcycles. We got some of the best bike guys and fight guys and kind of mixed them together. It was fun,” Stahelski adds.

We ask how long that particular scene took. Reeves fires back. “It wasn’t takes… it was days.” It’s certainly worth it.

Our time with Reeves and Stahelski is up. We say our goodbyes. Stahelksi asks us to “say hi to the [TG] boys from us”. As we leave, we overhear Reeves mutter “I got to drive a Bugatti Veyron once…”

Yup. John Wick – the Baba Yaga – has driven one of the world’s very fastest cars. Just don’t steal it from him…

John Wick: Chapter 3 - Parabellum was released on 15 May