New SSC Tuatara is aiming for a 300mph top speed

Welcome to Project ‘Exceed’: 1,750 horses of earth-shattering speed and aero 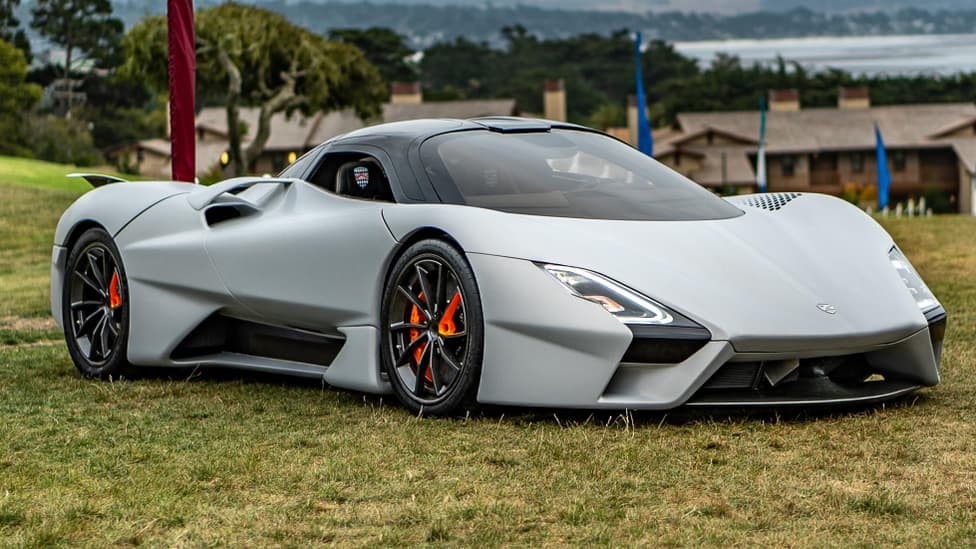 “We wanted the engineering to exceed anything we had done before and what our competitors are doing,” explains SSC’s Jerod Shelby, CEO of SSC North America.

“But the overarching goal was 300mph.”

Welcome everyone, to the latest salvo in the race to build the world’s fastest car. And – at least according to SSC – the only salvo that’ll make it there. “The knowledge I have of our competitors, I feel that we’re the only ones that really have a legitimate shot because of the drag numbers and the horsepower that we’re producing.”

Let’s talk horsepower first. You’ll know that the 2019 Tuatara will produce 1,350bhp on regular 91 octane fuel, or a whopping 1,750bhp on E85. The engine is a completely bespoke motor, built from the ground up with help from a chap called Tom Nelson working out of California.

What started out in life as a 6.9-litre V8 is now actually a flex-fuel, 5.9-litre, flat-plane-crank V8 with a pair of turbos and dual injectors per cylinder. “It sounds amazing,” Jerod confirms. Should do – the redline is 8,800rpm. “It’s a very versatile powerline, very short stroke.”

Jerod tells us that "if you have half a tank of 91 octane fuel and half of E85, you'll get around 1,500bhp, it's tuned to adjust automatically". This potent V8 is matched to a computerised seven-speed manual. “We’re working with AutoMac in Italy. It’s a robotic system, all hydraulic, with three driving modes: comfort, sport and track.”

There’s hydraulic suspension that obviously changes the ride height according to the setting – from 2.75in at track height, 3.75in in sport and 4.25in in comfort – and we’re assured that in track mode, that transmission is “very, very fast. It’s quite aggressive,” Jerod laughs.

The dampers come via Penske, and there are active front and rear wings. Which ties us neatly into the aero on this car. Step forward Jason Castriota – a name surely familiar to regular readers of TopGear.com as the man responsible for the creation of the stunning Glickenhaus P4/5, Maserati Birdcage 75th Concept, the Maserati GranTurismo, the Ferrari 599 GTB and a myriad of other creations he can't claim credit for confidentiality reasons.

“The aerodynamics have already exceeded where we want to be,” he told TG, “but there’s still work to be done. Currently [the drag coefficient] is 0.279 when we’re running the aerodish wheel.”

He concedes that there’s work to be done on refining certain elements. “We have so much velocity coming into [the side intakes] because we got so clean around the front wheel, that we’re actually losing drag counts.

“So we can actually now change the internal ducting on the rear radiator, play a little bit more around the front wheel and rear wing profile to which will lower [the drag coefficient] a bit more while still dialing in more downforce,” he adds.

The rear wing is obviously active, but the two little extra wings are static, there to help under braking. “It’s going to really capture that tumbling air and create more of a parachute. There has been quite a bit of work to be done in CFD, and the underbody has all been sorted.”

Clearly the Tuatara has been designed with the challenges of airflow at VMAX at the forefront of the thinking from the outset. “It’s not just about the shape [of the car] itself, it’s about getting air in and out of the car efficiently.”

He notes how all current hypercars have similar frontal area – height, width etc – so there is a lot to gain on moving air internally through the car.  “What is so unique about this car, much like a Le Mans or F1 car, is the way we’ve designed it to efficiently it move air around the passengers and the mechanicals .  The exterior shape was great out of the box, and this allowed us to focus on refining the internal ducting to maximise efficiency of air through the car.” Hence the low drag coefficient.

Speaking of cradling, that chassis comprises a carbon fibre monocoque, built in-house by SSC in Washington, because, according to Castriota, “the aerospace industry focused in that area are developing bleeding edge solutions in this field, so we have some great partners that know what they’re doing.”

If you’re a potential customer, you might like to know that the chassis was “designed to support a targa version” too, so that’s a possibility at some point in the future. But first, there’s the small matter of building this one, along with a high downforce version for those who want to chase some track records.”

SSC confirms it’s in the final stages of testing certification for the new Tuatara. It’s aiming to finish it in May 2019, and the first cars are set to be deliver one to three months after that. And there’ll only be 100 Tuataras built.

“It’s going to be properly extreme, as a hypercar should be.” Castriota said. 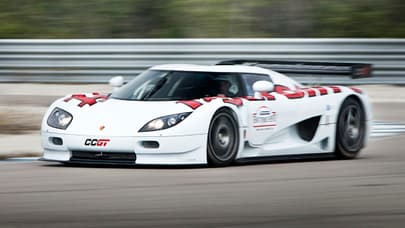