Feast your eyes on these retro Mercedes-Benz S-Class models

In news entirely unrelated to the glitziness of the new Mercedes-Maybach S-Class’s grille, feast your eyes on some old Mercs.

Specifically, the first three generations of the S-Class. Yes, Big Benzes from before the W116 have been retroactively dragged into the S’s family tree. But the first officially designated S-Class came with 1972’s W116. And it is a beauty, as all classic Mercs tend to be.

Mercedes recently got the old timers together with the new seventh-generation S-Class, and suddenly, choosing between 116, 126 and 140 has become the most pressing question of our times. Well, today at least.

Here’s the 1972 car in 350 SE guise. Which means exactly what you think it means and exactly what it should mean: a 3.5-litre V8. When nomenclature made sense, eh?

Quite brilliantly, Mercedes also rolled out a 6.9-litre V8 version of this W116, which at the time boasted the largest engine ever fitted inside a post-war Benz. We’ll have two thanks.

This one’s a 5.0-litre V8, here in delectable long-wheelbase form (hence the ‘L’). This second generation, designed by Mr Bruno Sacco, featured more efficient V8s and better aerodynamic efficiency which is all well and good. Most importantly though, they looked superb.

Hilariously – and in hindsight, somewhat predictably – an even bigger V12 made a very exclusive appearance in a limited run of cars. A 7.3-litre V12 tuned by AMG. Have a little listen to the one TG bought, here…

So, which retro S-Class gets your nod? To help you choose, here’s a family pic, including two earlier-gen Big Benzes. 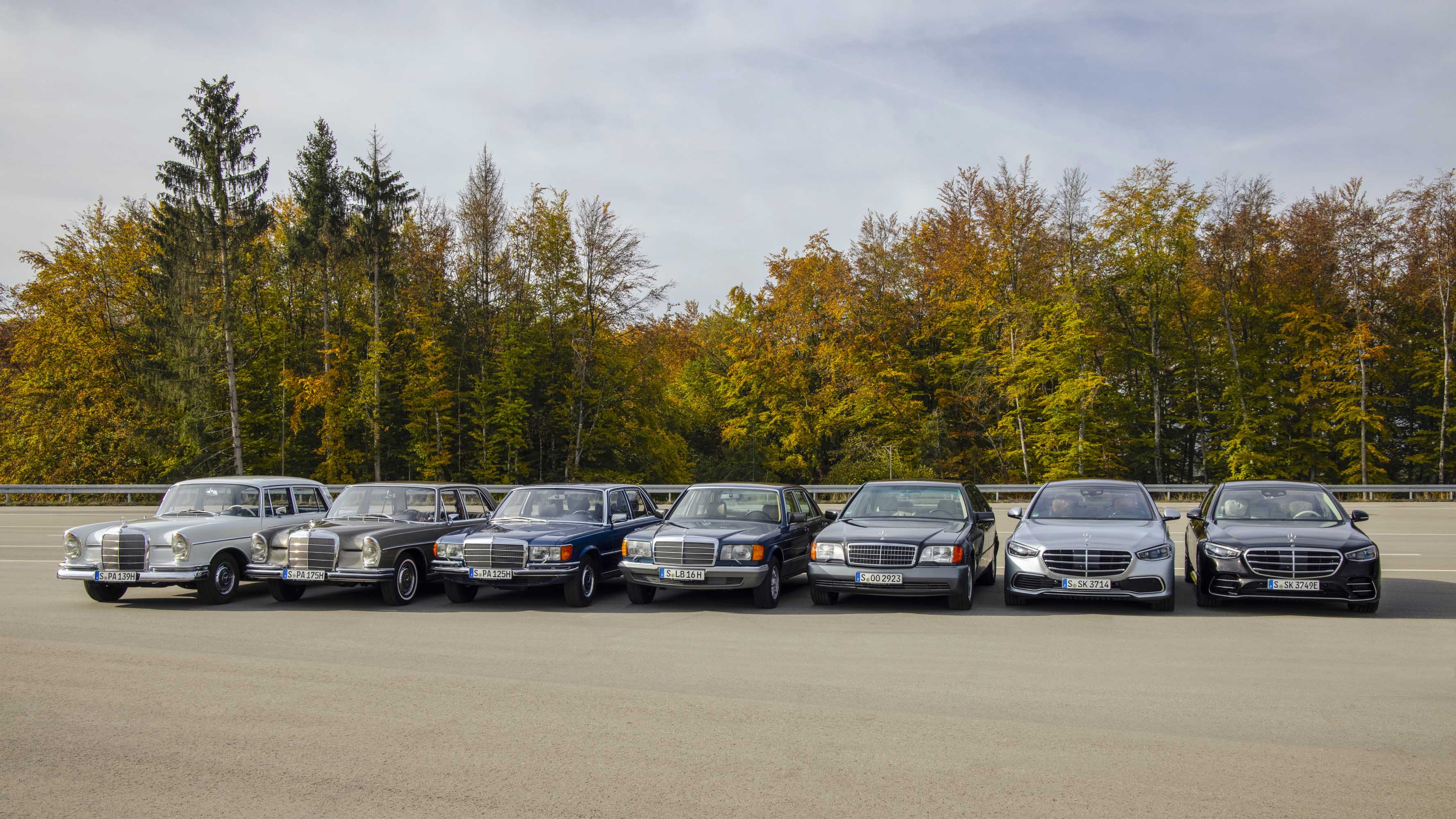 Like your hot hatches with Porsche 959 levels of power? Step this way…