Here's every generation of the Mercedes SL

Includes: quite possibly the prettiest Mercedes ever made 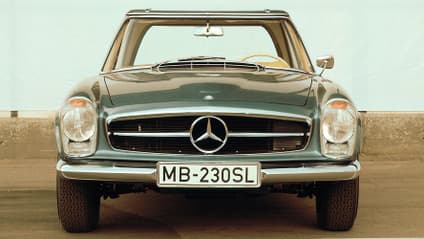