Mazda has restored the first ever MX model: the MX-81 concept 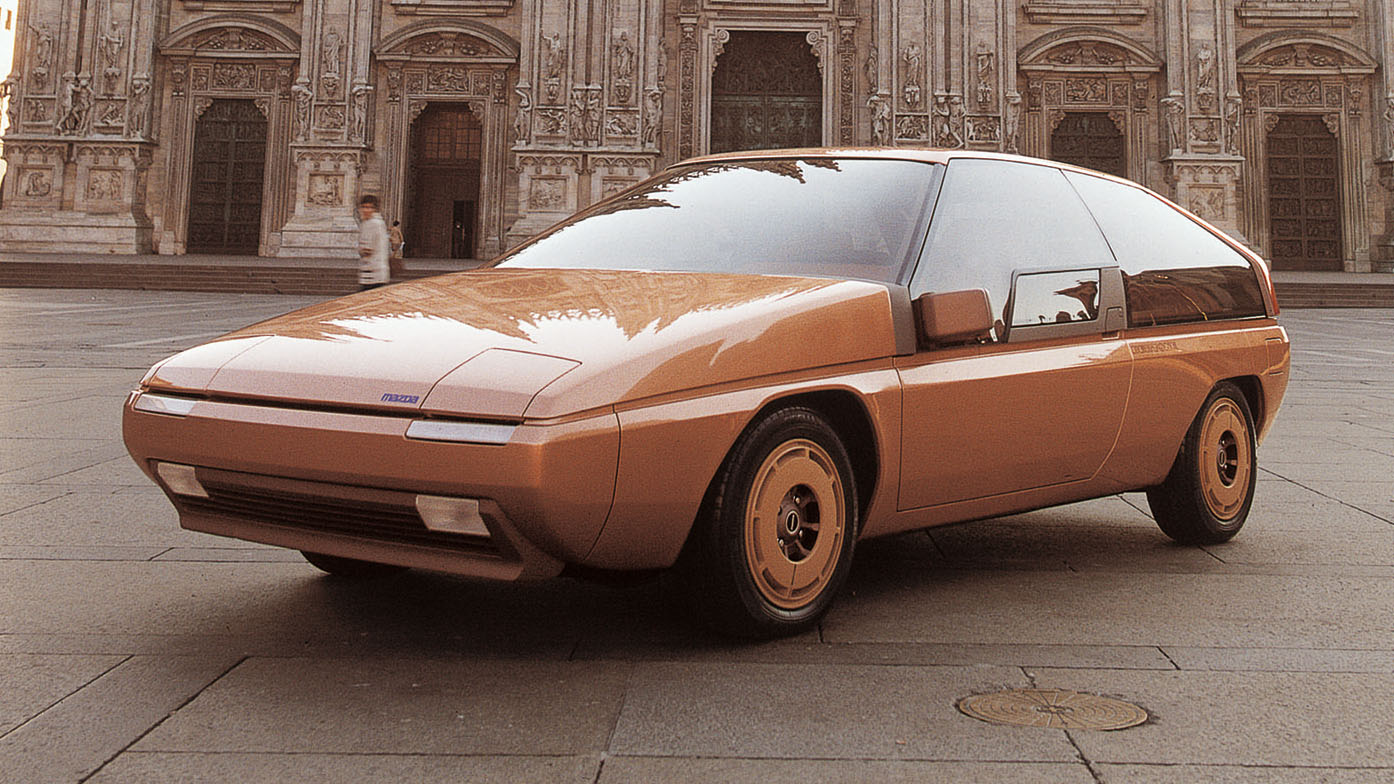 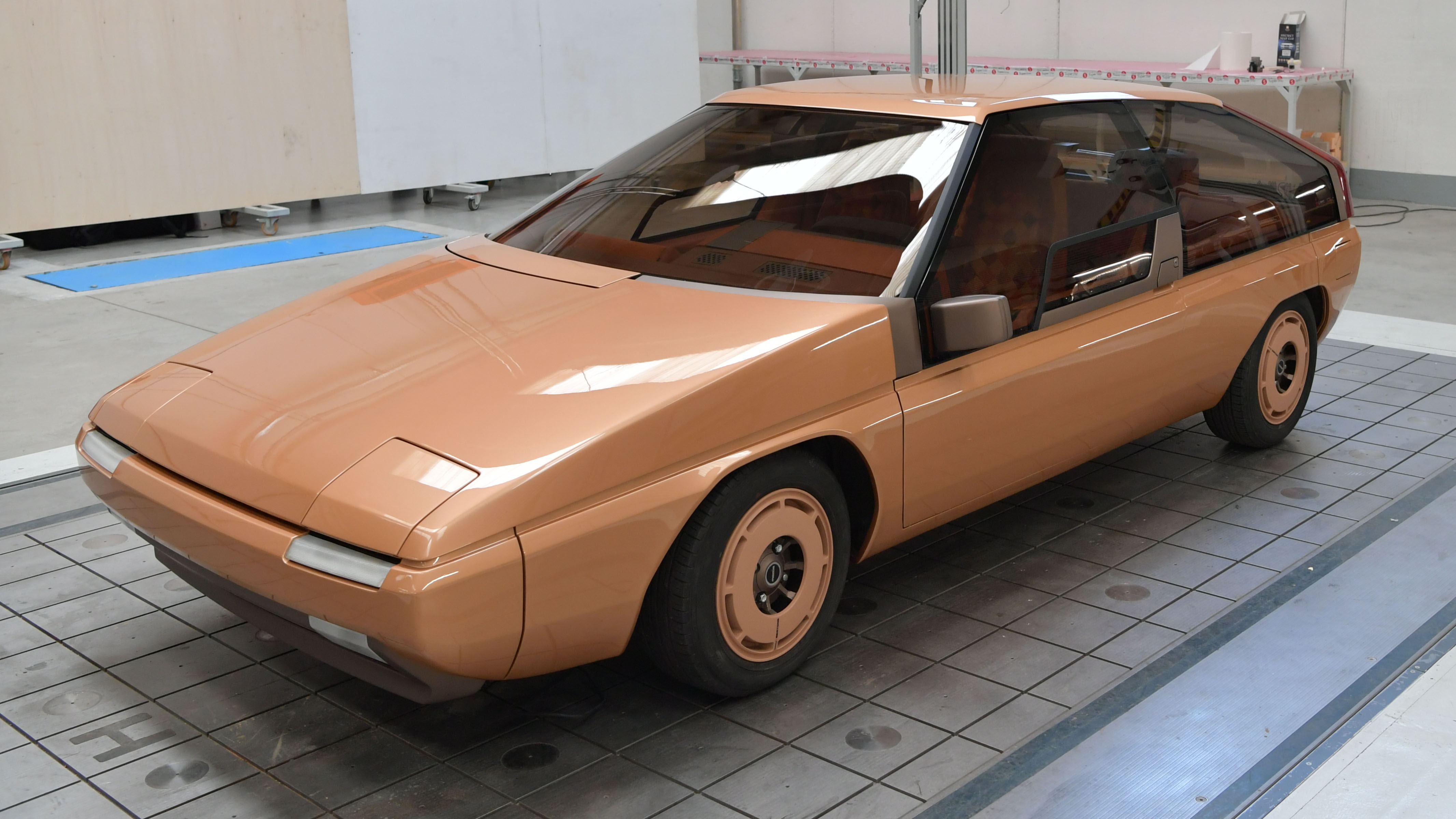 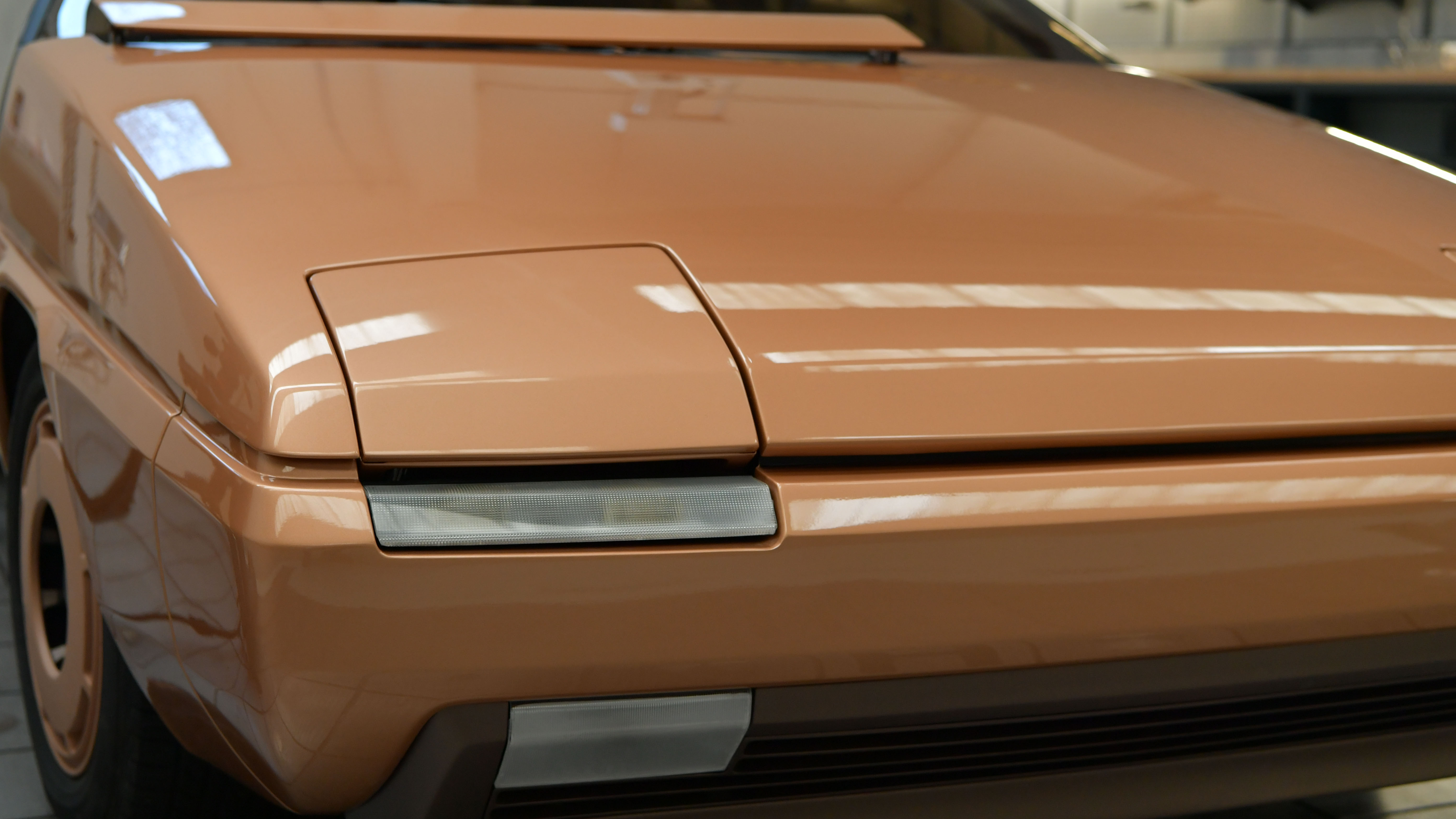 It happened on Valentine’s Day. On 14 February 2020, somebody at Mazda stumbled upon a curious gold-coloured wedge lodged in a small corner of the company’s Fuchizaki warehouse.

Confusion set in. Normally, Mazda’s concept cars are carefully disposed of following the cessation of exhibition duties. This curious little hatchback however, with its pop-up headlights and dusty, humid façade had simply sat there mostly asleep for forty years.

Yep, forty years. Back in 1981, Mazda debuted its very first MX model (short for 'Mazda eXperimental') - the MX-81 - at the Tokyo Motor Show. It was a fusion of both Italian design (it was styled by Bertone) and Japanese tech. Indeed, it had a steering wheel even the Eighties probably couldn’t handle.

Mazda used the base of that generation’s 323, which meant a 1.5-litre petrol engine up front, around 126bhp and a footprint that sat just inside a modern-day Ford Fiesta.

Bertone designer Marc Dechamps was responsible for the MX-81, and was practically let loose. We’re told the shape was borrowed from Volvo’s Tundra Concept that Gandini did for Bertone back in ’79, here manifest via enormous windows that sat flush with the body.

It also meant pop-up headlights, retractable wipers and vertical rear lights spanning nearly the entire C-pillar. But this was merely a starter for the real innovation. Aside from those seats covered in your dad’s finest Seventies knitwear, drivers were presented with The Future: a rectangular steering wheel composed of a tracked belt that retracted into the dashboard. 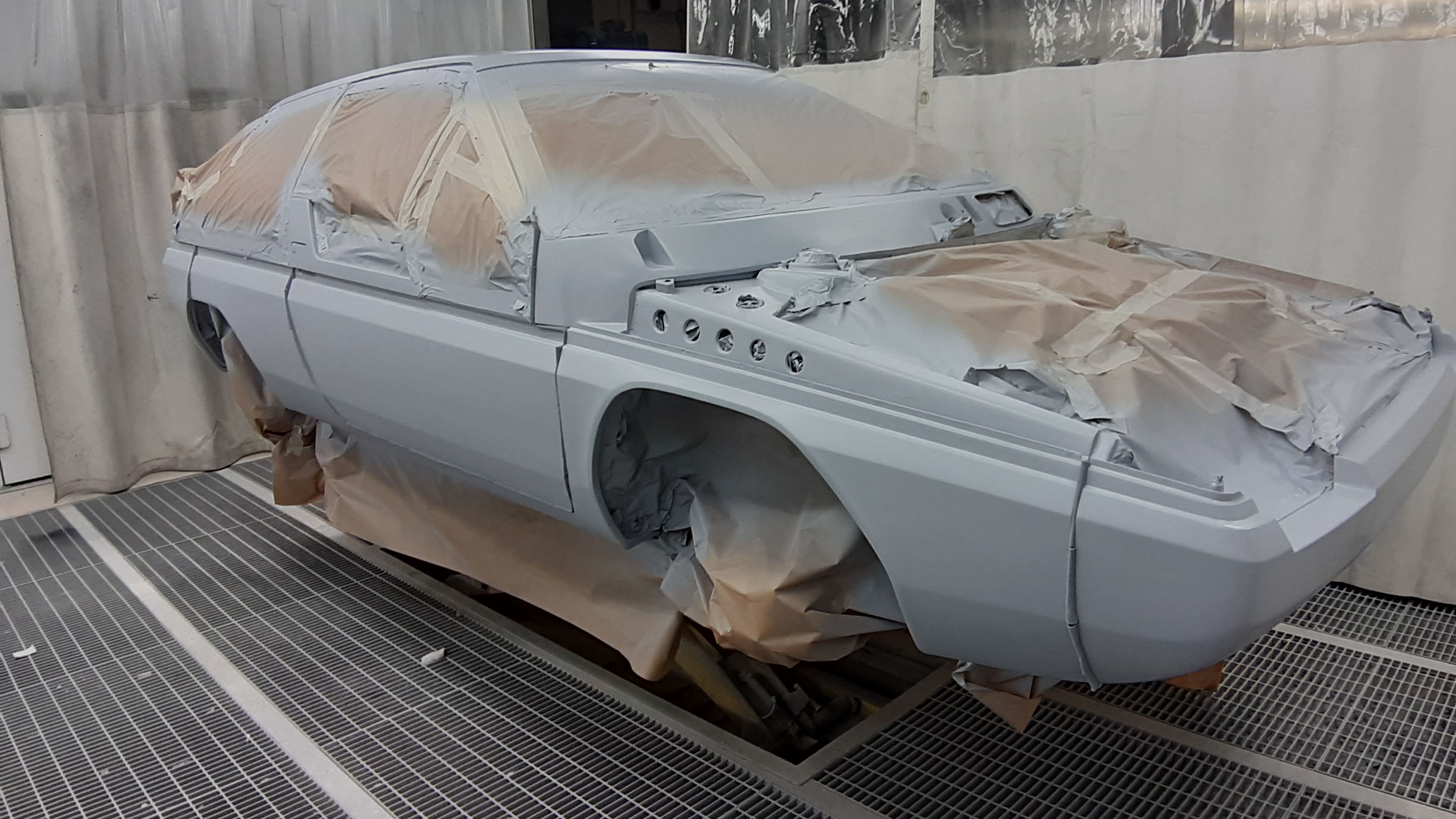 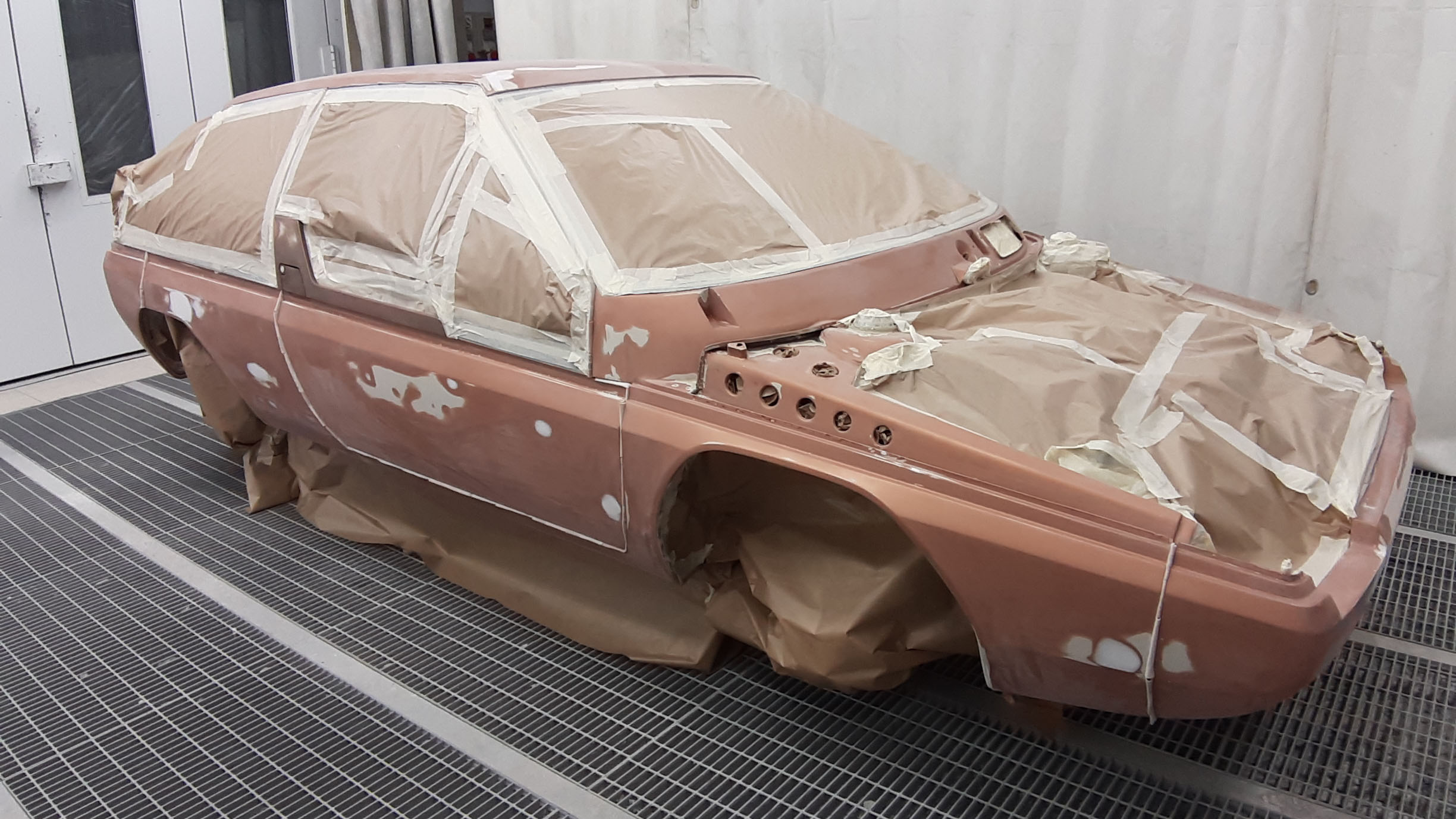 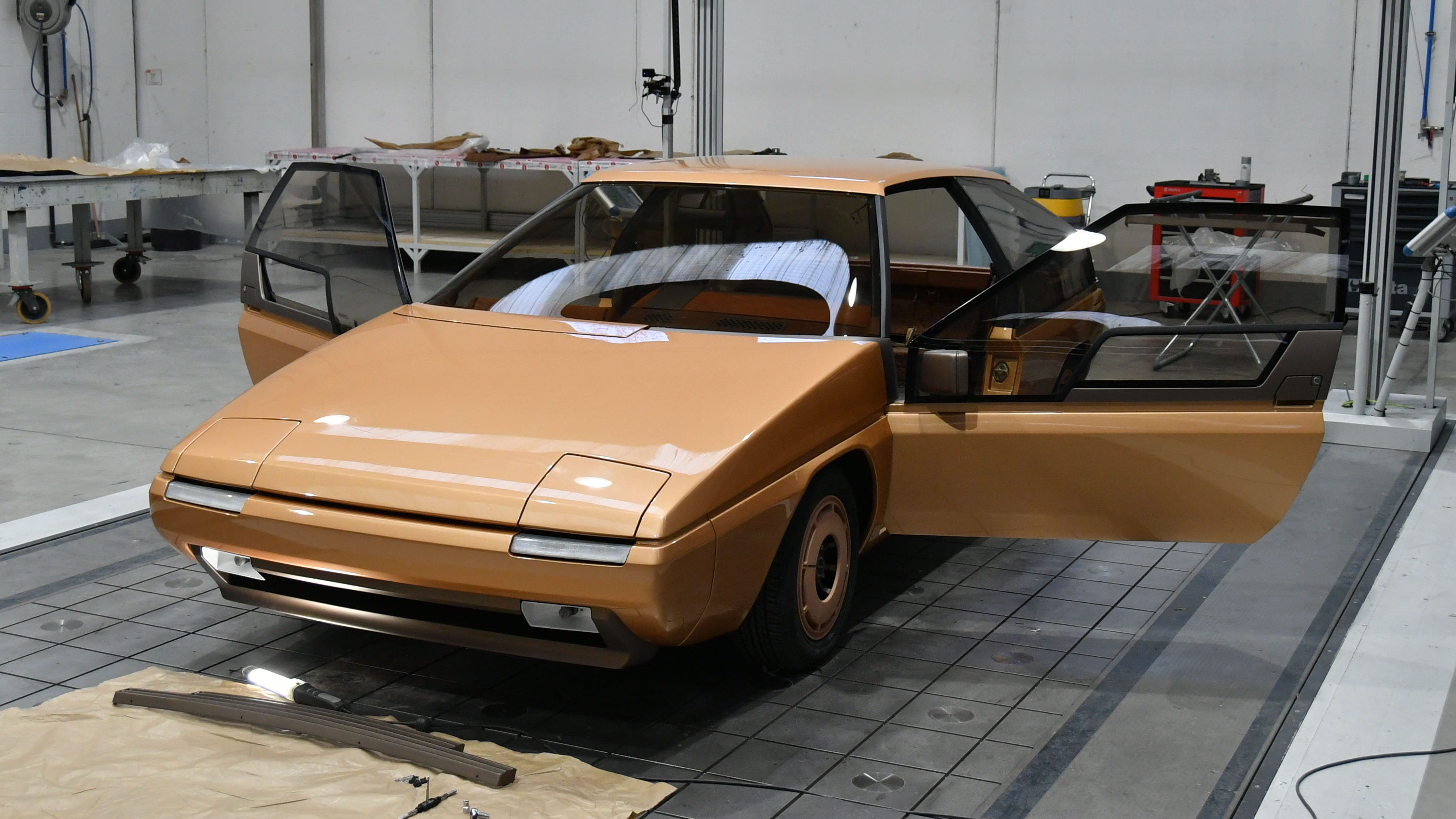 “As we know, history repeats itself,” says Mazda of the MX-81’s steering setup. “With the first level 4 and 5 self-driving concept cars, rectangular controls that retract into the dashboard when not in use are becoming more and more fashionable.” WHAT IS THIS DEVILRY, etc etc.

So, fast forward to Valentine’s Day 2020, and the ‘rediscovery’ of the MX-81. A plan was put into place to restore it, in order to celebrate the ongoing relationship between Italian design and Japanese tech.

Despite having been sat until it hit its mid-life crisis point, there was no major damage. The car was moved to Mazda’s Hiroshima HQ, where the engine, brakes, steering and electrics were totally restored. After a quick track test, it was shipped off to Turin for Restoration: Part II.

SuperStile craftspeople restored the panels and paintwork, removed the damp from the interior leather (fare thee well, wet dog), and most importantly, the pop-up headlights were brought back to life.

Flavio Gallizio is the co-founder of SuperStile partner Flartech, and someone who was involved ‘closely’ on the Italian side of the MX-81’s renovation. “What remains of this project is the honour of having brought to light an object hidden from view for over 40 years,” he said. 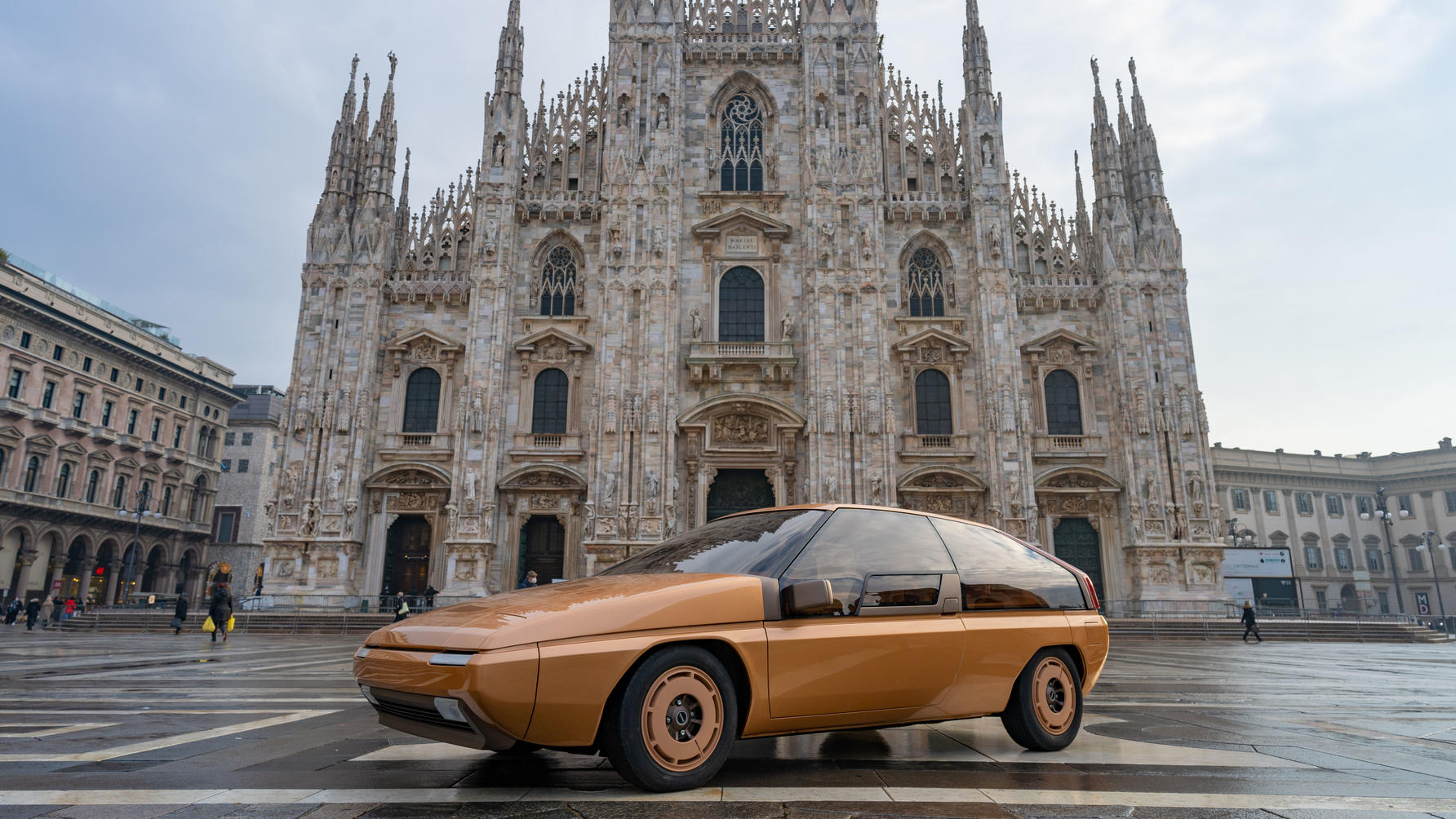