Your brief but informative guide to the gorgeous Peugeot 406 Coupe 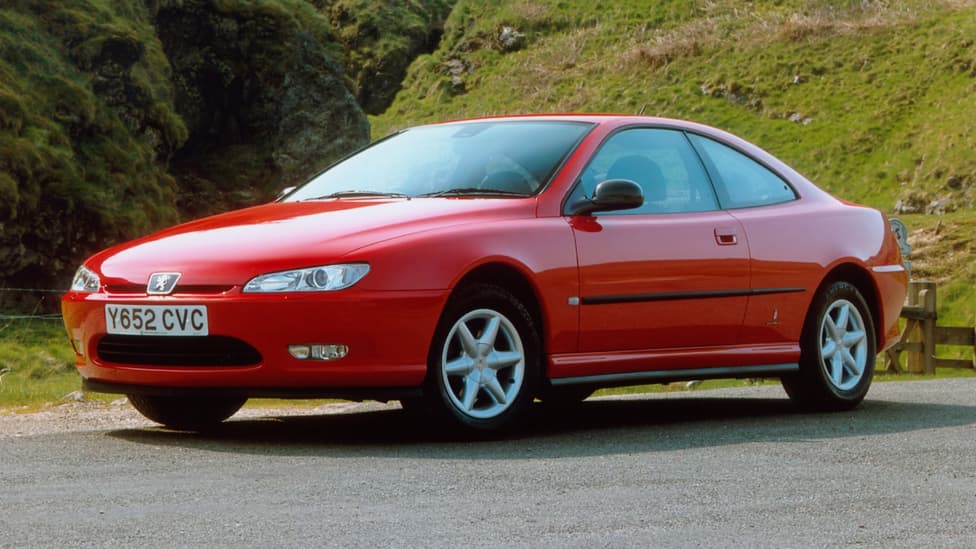 All too often in life, fashion and function don’t mix. Myriad examples of unhappy mixtures assail us in our everyday existence – salt-stained suede boots, twistseam jeans, Alessi cork screws... But sporadically something arrives that makes up for lesser creations, something both stylish and sensible – a Dyson vacuum cleaner for example, or a 406 Coupe.

Peugeot’s sleek and shapely coupe has garnered many fans over the years, with some even describing it as a poor man’s Ferrari. Created by the renowned Pininfarina styling house, it seamlessly blended desirability with real-world living. Yes, it may have the appearance of an expensive sports coupe, but it also has functionality to back it up.

Peugeot launched the four-seater 406 Coupe in 1997 before a world press which had maintained that, aside from the 205, Peugeot mostly made staggeringly dull cars. What little competition there was in the sector – the Hyundai Coupe and Toyota Celica, for example – suddenly found themselves looking at a bona fide rival. Needing to maintain its edge, Peugeot redesigned the 406 Coupe just two years later, albeit minimally, to incorporate a different grille and changes to the lights. It stayed this way until production ceased in 2003.

Early cars were available with either a four-cylinder 137bhp 2.0-litre or a 194bhp 3.0-litre V6 petrol engine. The 2.0 can sound strained and lack low-rev pull when you compare it to the thirsty but smooth and spirited 3.0 V6 – which, if you have cash to splash, takes some beating. We’ve also heard that the 2.0 can be a bad starter, stalling until eventually warmed through. If you’re looking at one make sure you drive it from cold, just to ensure it’s not going to cause you any immediate problems.

In 2002, a 160bhp 2.2-litre replaced the 2.0. It’s a good compromise between economy and performance, and certainly a step forward over the 2.0. The acclaimed 136bhp 2.2 HDi diesel arrived a year earlier, in August 2001. At the time it was clatter-free and refined, nice and punchy, and so smooth it’s easy to forget you’re driving an oil burner. A good choice for economy and longevity too. However, if you’re looking at a diesel remember to keep an eye out for excessive smoke – it could indicate that the injectors are worn. And if the pollution light comes on within the instrument cluster be aware it could mean a new cat is on the cards.

A word of warning on all these engines, check the cambelt has been changed on schedule (ie. every 30k miles), replacement is much cheaper than repairing the damage of a broken one. And while you’re checking everything else, have a look under the body… oil leaks are quite common.

406 Coupes came with the choice of a five-speed manual or a four-speed auto transmission – uprated to an electronically managed auto four-speeder in 1999.

The 406 saloon rode and cornered well and, as this was the car the 406 Coupe was based on, it will come as no surprise that the Coupe handled nicely; better than the four-door, in fact, thanks to retuned dampers and springs. However, as with all 406s, keep an eye out for worn link rods at the back – not pricey to fix, but a pain. You’ll be able to tell because the ride will feel a bit loose at the rear. All models have responsive steering and taut cornering, and the top versions – which came with switchable electronic damping control – ride very well. Stopping is no problem either, especially for the V6 models – they had Brembo brakes as standard.

There’s a good reason people have called the 406 Coupe the poor man’s Ferrari, and that is simply because it was designed by Lorenzo Ramaciotti – the man behind the F456 and 550 Maranello. Looks haven't faded, you'd argue, quite literally because the bodywork was also heavily galvanised in the factory. Any signs of rust could indicate accident damage that has been patched over poorly.

Despite being penned by a Ferrari stylist, the 406 Coupe was surprisingly practical. For practical, yes, read that it does, sadly, bear too strong a resemblance to the dark and relatively cheaply trimmed saloon inside. But also read that it means there’s plenty of room in the front, while two adults can sit in the rear happily and you can even fit several bags into the boot. While you’re looking in the boot, check that the CD multichanger has a cassette – they can go missing. Returning to the front, play with all the electric gizmos; make sure the alarm and central locking work and, if the example you’re looking at has electric seats, try them in every direction too – some can be frustratingly slow in operation when malfunctioning. Another note of caution is to avoid lurid colour schemes – mustard is only ever acceptable when served with ham. It’s also worth checking you can cope with the annoyance that is reversing a coupe like this, as rear visibility is very restricted.

For a cool, timelessly chic yet practical car, you could have done a lot worse than the 406 Coupe; the 407 Coupe, for example. Thanks to its well-engineered underpinnings, the 406 Coupe offers zealous drivers the opportunity to enjoy its crisp dynamics and – in the V6’s case – impressive turn of speed. Plus, it boasts the trump card of being the brainchild of a Ferrari designer. Bella.