Coming soon to every street near you: the hatch class of 2018. But which is best? 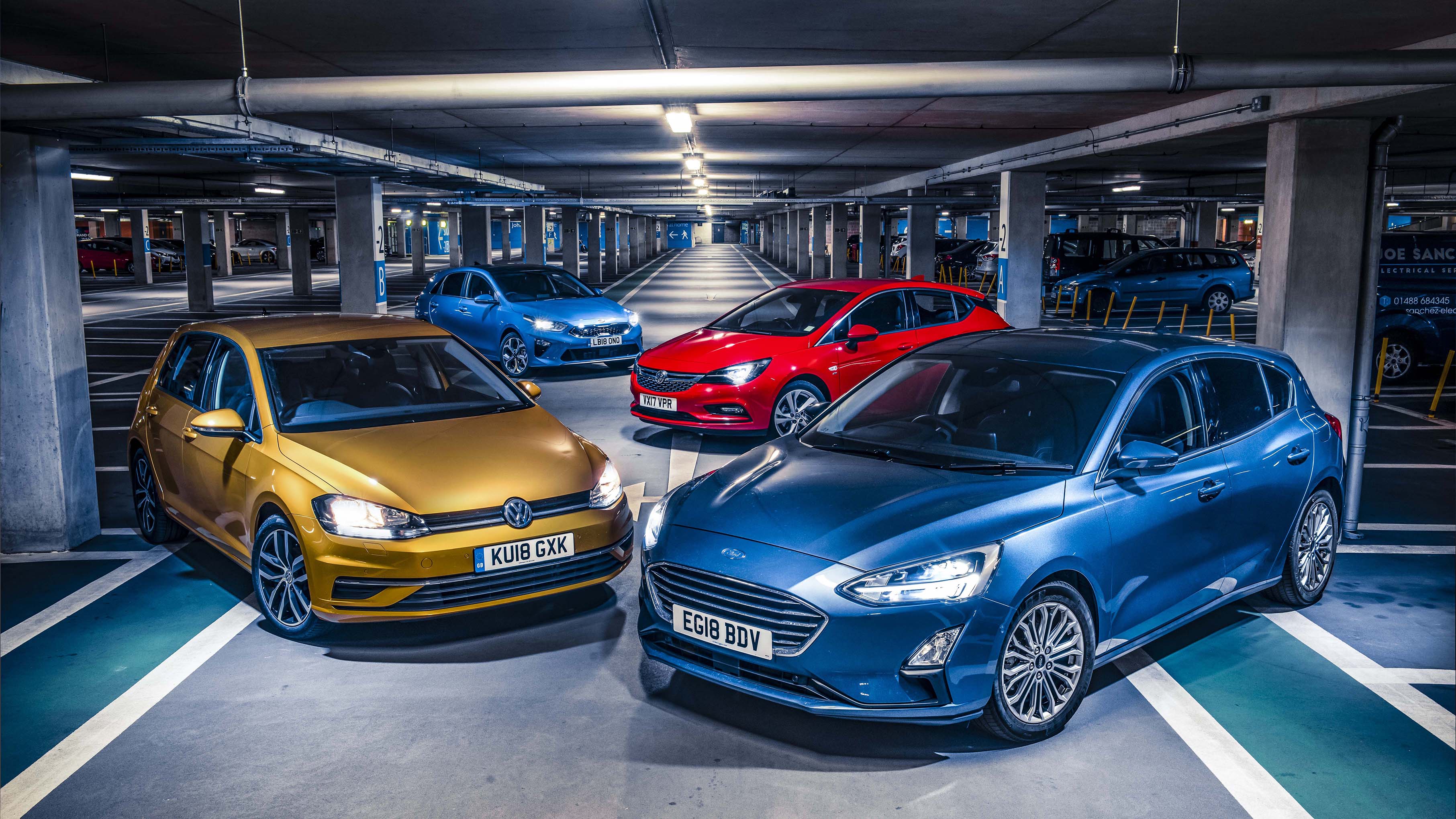 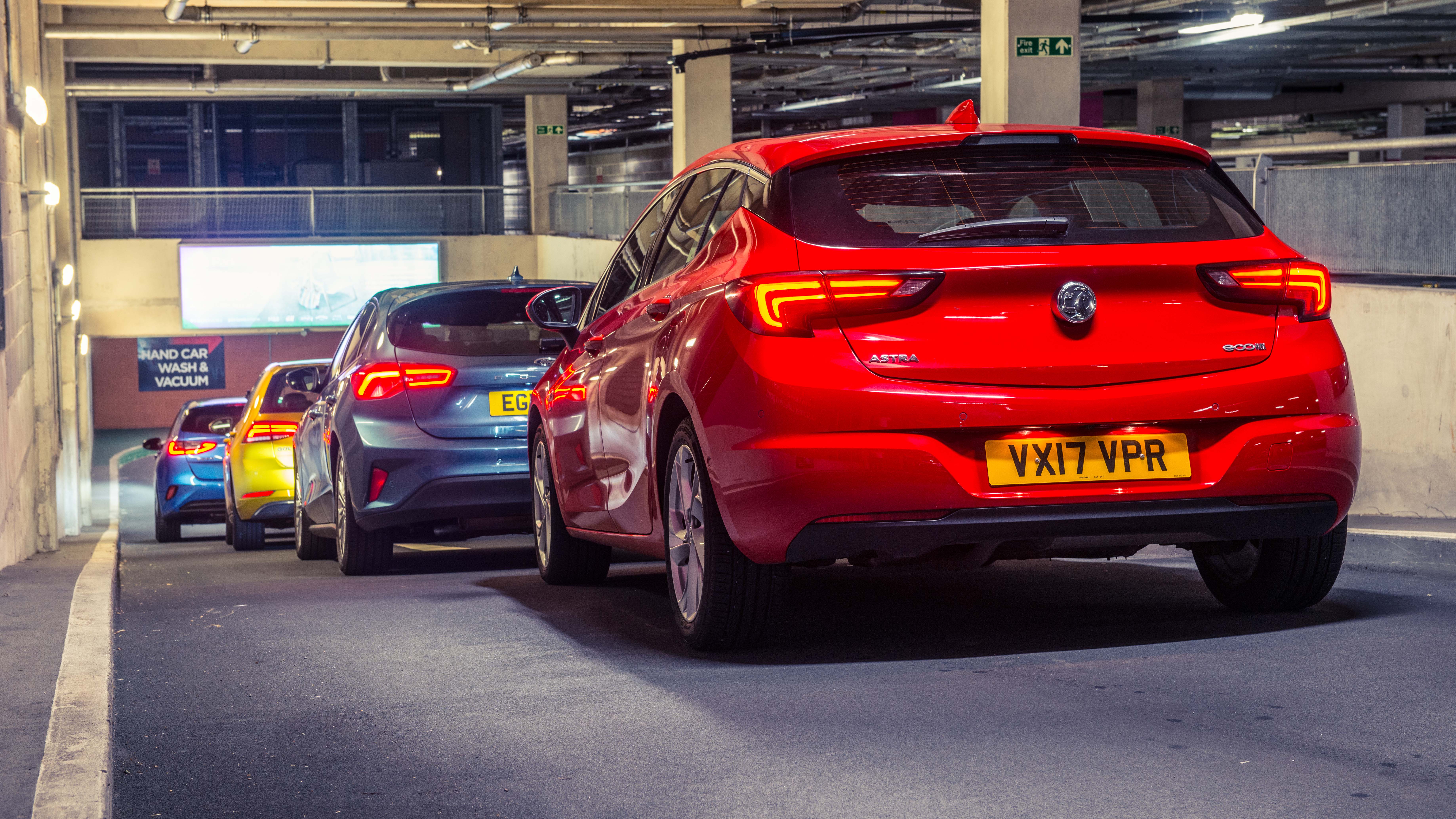 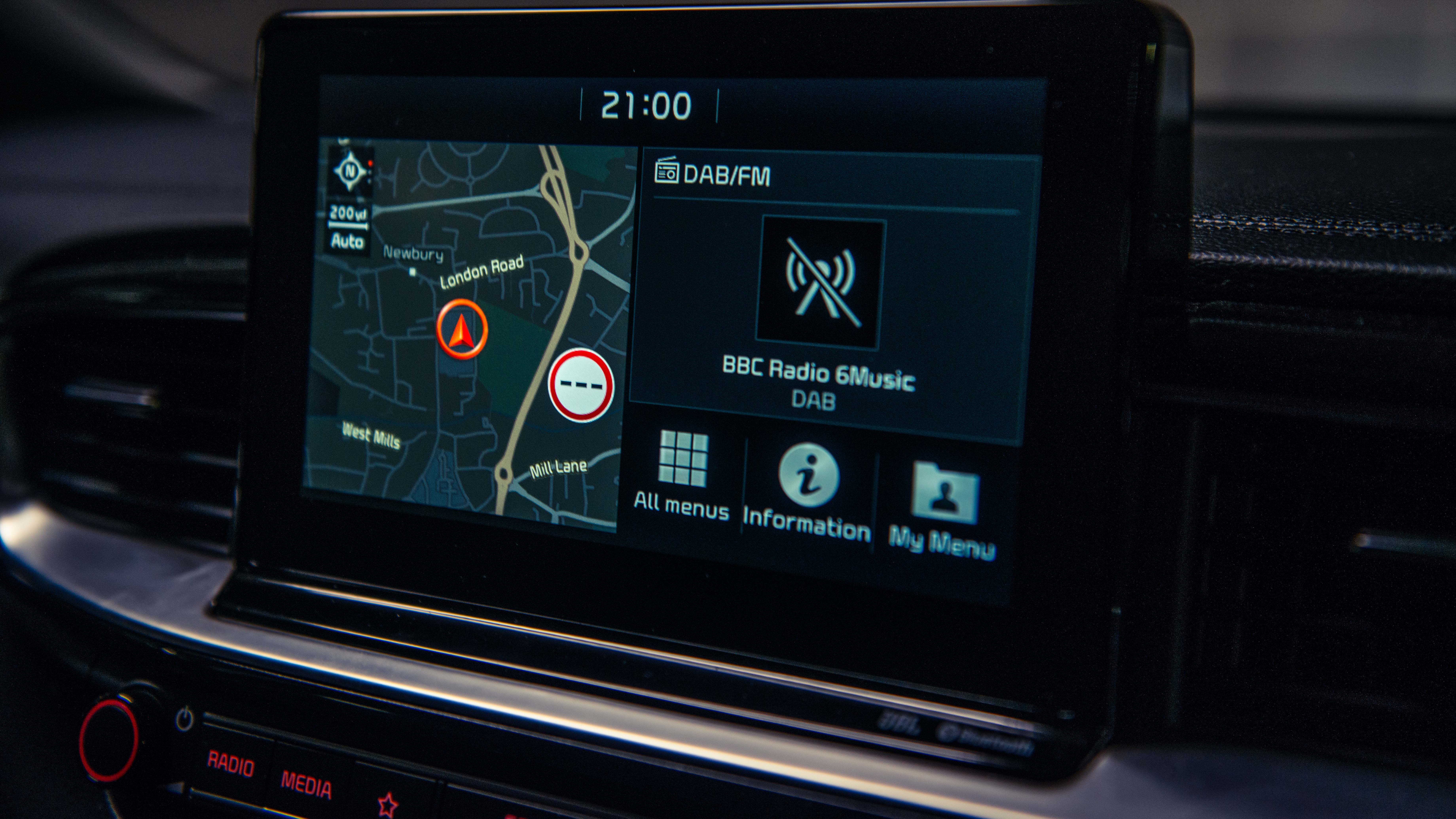 Ford Focus Mk4 versus the rivals. It’s one of 2018’s biggest real-world tests, but betcha Ford’s engineers are jaded at seeing these cars together. Not so much the new Focus against the very latest Kia Ceed, but definitely the VW Golf Mk7 and the current Vauxhall Astra.

Behind the scenes, how much benchmarking between do you suppose has gone on between them? Measurements, test-drives, tear-downs… they’ll know each other inside out. Meanwhile, Kia has built a sterling reputation on cherry-picking European ideals and, erm, reimagining them on a budget.

The Ceed is no token substitute. Since the first Focus nuked the hatchback formbook back in 1998, Korea’s rise from Lada-esque punchline to credible carmaker has been one of the stories of the early 21st Century. The last Ceed built plenty of that reputation, so this one ought to be a cracker, especially now we know Kia is capable of exciting halo products like the Stinger.

Ol’ reliable returns in the form of stern German semi-premium opposition: the VW Golf. An 108bhp SE Nav, since you ask. And in the red corner, a Vauxhall. By no means TG’s favourite hatchback, but Brits insistently buy Astras in their tens of thousands annually: the automotive equivalent of beans on toast. This SRi Nav complete with 104bhp is a heartland choice. These are the crucial head-to-heads; the cars the Focus will have been benchmarked to beat, and will spend the next seven years dueling in the arena of finance deals and free floormats.

If you’re after value, surely the Kia’s the bargain-in-waiting? Not so fast. This new Ceed is so confident, it doesn’t simply lean on a seven-year warranty for support. Here we have a desirable-sounding ‘First Edition’ complete with the most powerful engine, preposterous amounts of equipment and a near-£26k price tag. Punchy. But once the First Editions sell out, you’ll be able to get something similar for about £22-£23k, which is where all four are priced, and between £26-£27k as tested thanks to a few options.

This kitted out early-bird Ceed is only supplied with Kia’s 1.4-litre four-cylinder turbo petrol engine. It's the Bugatti of the test, capable of developing a collossal 138bhp and romping from 0-62mph in a vivid 8.6 seconds. That's 1.5 seconds nippier than the tardy Ford.

Yup, the rocketship Kia's the only car here to have an even number of cylinders: the others all prefer low-CO2, 999cc triple-cylinder efforts. Less expensive new Ceeds (it’s lost the apostrophe this time, praise be) will get Kia’s own downsized triple, and we know from the Rio supermini (and numerous Hyundais) that it’s a good’un.

Three-cylinder turbo engines used to be a novelty in ‘big’ cars like these. Not any more. In fact, the Focus depends on them entirely. The quicker ones riff off the new Fiesta ST’s superb 1.5-litre EcoBoost, but the workaday models make do with a 1.0-litre version, represented here in its most powerful 123bhp form. It’s towing along the poshest trim line possible, if you ignore the Liberace’d Vignale version. We shall, happily. 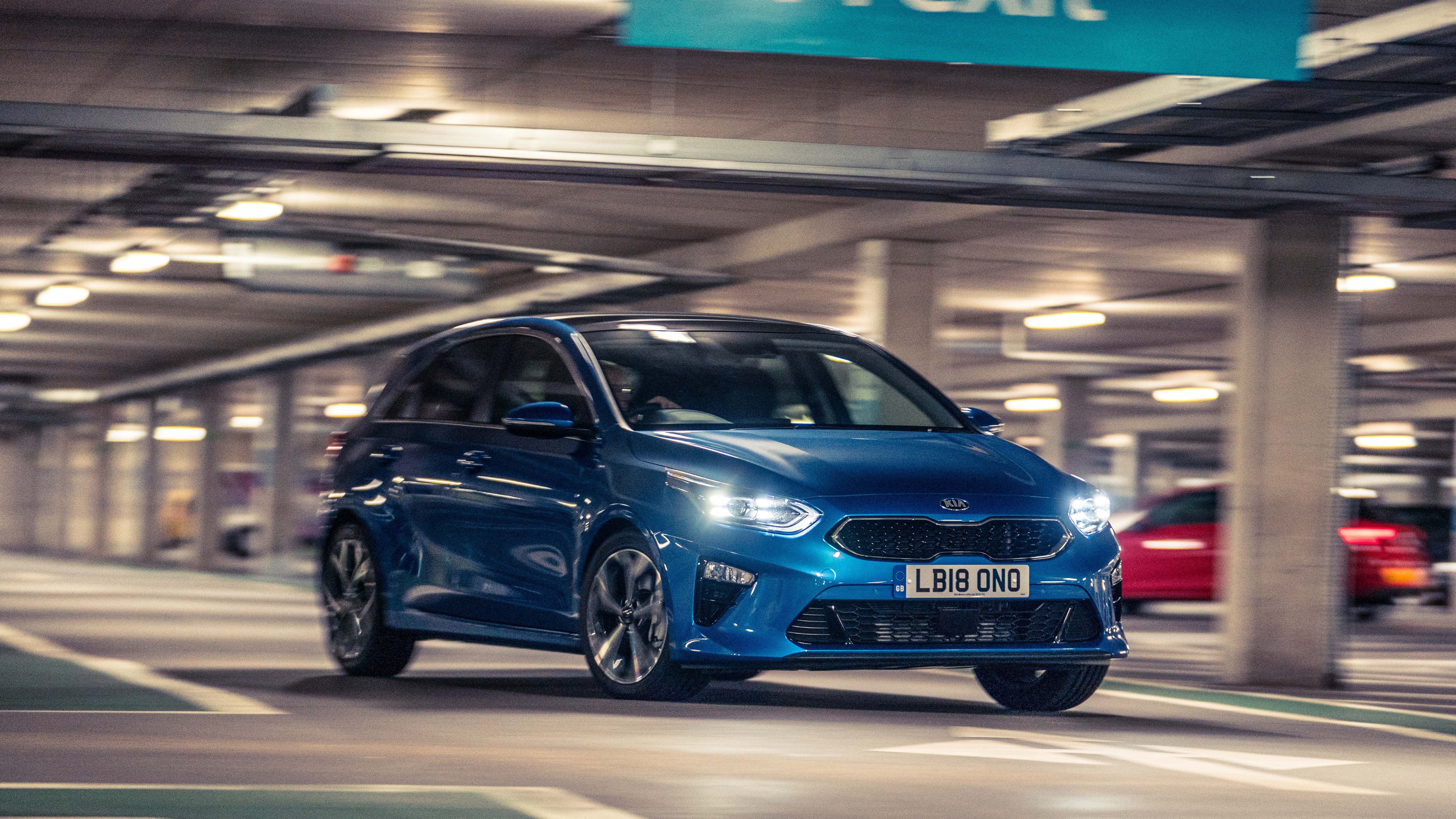 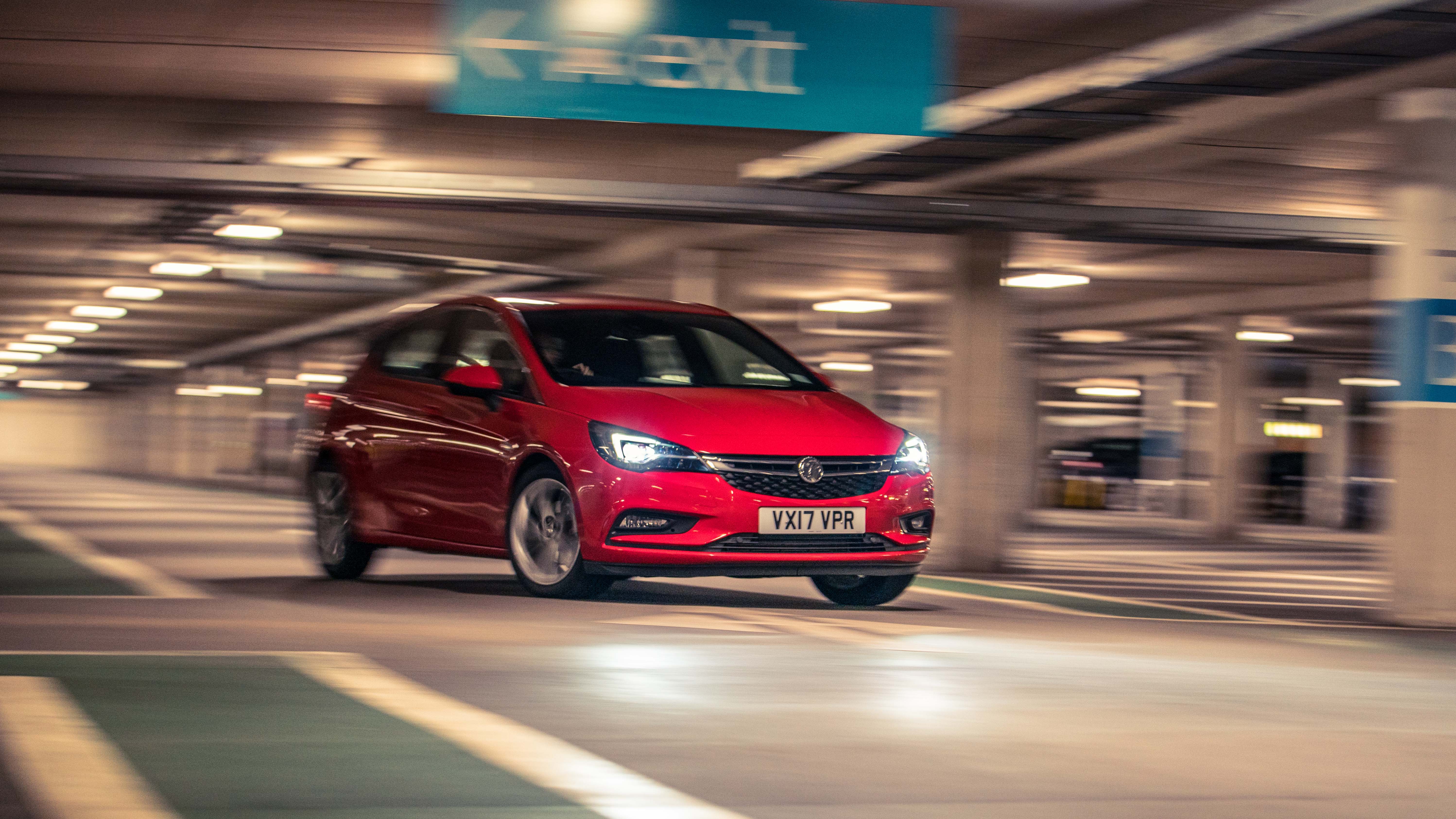 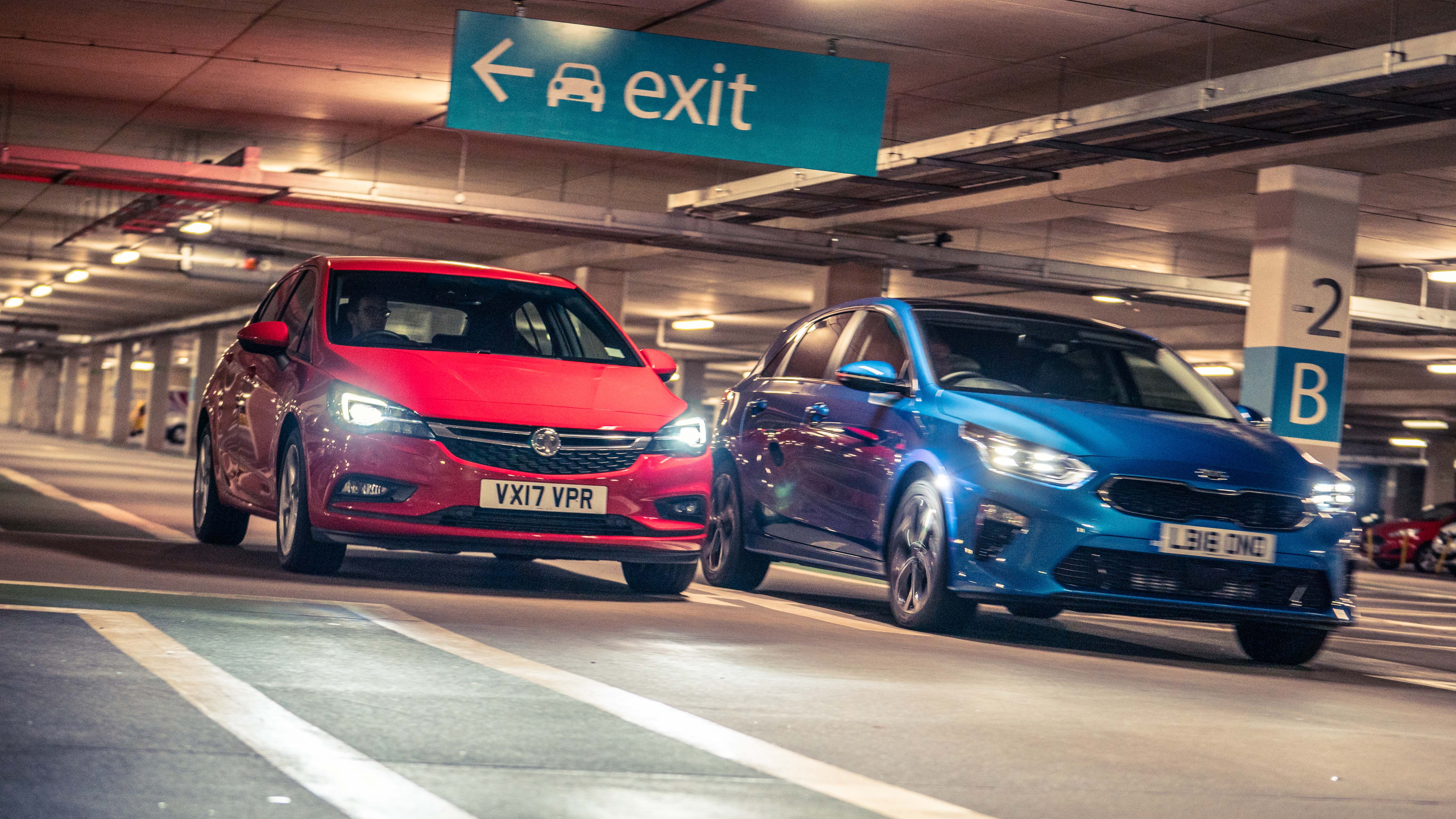 So, we’ve got a Focus Titanium X, complete with 17-inch rims, chromed mug, tinted glass, a power-adjustable driver’s seat, the eight-inch digi-radio touchscreen, many driver assists, auto lights and wipers… we could go on. Basically, don’t expect many blank buttons inside.Equipment it’s not short of. And there aren’t many buttons at all, in fact. Thanks to that upright screen and the myriad functions contained in its sharply rendered, fast-reacting depths, this is a far less buttony place to be that the ugly old Focus. It’s not much plusher, though. The steering wheel’s wrapped in waxy hide and the seat is supremely comfortable, but yet again Ford’s scrimped on trim details. Some of the finishes inside are downright grim, with weird textures and brittle surfaces. On a par with the Kia and Vauxhall, but not good enough when you’re up against a (five-year-old) Volkswagen…

You can sustain a decent game of ‘spot the VW influence’ inside the Focus. The cool metal door handles are similar to the touch. Ford’s gone for an electric handbrake this time, to mimic VW’s extra between-seat stowage. The Focus has even copied VW’s mistake of surrounding the gear lever with six multifunction buttons, so the left bank is obscured and unusable when the gear lever gets in the way. Which is only, y’know, all of the time.

With all of that equipment on board, and a few passengers, I’m not sure the Focus’s 123bhp is enough. Ford claims 147lb ft is on tap from as little as 1,400rpm, but the phosphor blue needle wants to be past 2,000rpm before there’s any meaningful urge.

I took the family four-up to the cinema in the Focus, and short slip-roads, ironically enough, become Mission Impossible. Just as well it’s got the slickest gearshift here, though if the gearing were shorter, the Focus would be less lethargic. It’s a bit hobbled by being developed for the laboratory tests. A torquier 1.5-litre engine for us, please.

The Astra suffers with poor drivability too. The engine’s power delivery is a rollercoaster of dips and peaks, despite a torque curve supposedly flatter than its cabin ambience. A typically clunky Vauxhall gearshift accessed via a typically uncomfortable Vauxhall lever doesn’t help matters.

Predictably, the Kia’s extra cylinder means it emits a less pleasant soundtrack, but does indeed have a power advantage over the others here. But it’s the Golf that makes the smoothest progress, its Polo and Up-shared 1.0-litre turbo unit thrumming merrily but transmitting fewer vibrations through the bulkhead than the other triples. Its lightweight gearshift is hollower than the Ford’s, but the powertrain manages a clever trick. It’s more refined and flexible than the Focus – and everything else here – but it still feels spritely. Keen. Responsive. In a car people often dismiss as staid, little nuggets of character like a fizzy engine are golddust. It's almost as though it's not been hobbled by eco tests. Cough.

Perhaps the reason the Golf gets a kicking for ‘being boring’ is because it’s just so damn good at so many things. The smartest materials. The best built. Boxiest, so it’s spacious – particularly in rear headroom compared to the Astra – and the glassiest, for maximum light into the cabin. Take note, lumpy-looking, dingy Focus. This is a five-year old model, well into its facelifted twilight and still, it’s an ergonomically peerless, quiet, comfortable-riding device.

It’s not an across-the-board winner – the freakishly refined Focus now beats the Golf for idling silence and on-the-motorway wind and tyre noise. It’s also miles more playful to drive, with a chassis that wants to indulge the driver, rather than lobbing a damp tea towel on any attempt to enjoy a roundabout.

The new Focus has copied the Golf’s tactic of clever independent suspension on higher-powered versions and a twist beam for the lower-pecking 1.0-litres, but borrowing geometry from the Fiesta ST means the Focus reclaims its title as the best-handling family hatchback. This is the most neutral-feeling, the most interactive since the fantastic Mk1 – albeit with numb steering, but who honestly selects their hatch on steering feedback?

You’ll have spotted we’ve not said much of the Kia. The Ceed could have been the dark horse of this test, promising a sharper drive and mature cabin wrapped up in the most handsome bodywork here. Problem is, it never quite gels as a package. The ride is oddly firm, but the handling is merely fine, not memorable. You’ll tip it into a bend keenly once, discover it copes rather than engages, and forget all about Kia’s claims of a driver-pleasing chassis. Then you’re left to ponder the dated dashboard, featuring fussy clusters of switchgear that riff off a 1980s stacked hi-fi. The touchscreen’s good enough to knock Vauxhall’s rubbish interface into a cocked hat, but the VW and Ford exhibit sharper graphics.

That’s the Kia all over, really. It’s pretty good. Decently roomy, passably refined, not terrible at going around corners… but it’s a classic third place also-ran when there are cars at the same money that do the same jobs more skillfully. It’ll be a painless object to own, no doubt, with a warranty that’ll last longer than most UK prime ministers and stunning equipment levels (heated rear seats in a Kia, the world has gone crackers). It beats the Vauxhall on account of its more tractable engine, superior infotainment and its slightly cheaper leasing options, according to TG’s third party finance calculator.

Incredibly, it’s the VW that works out cheapest per month, thanks to its bulletproof residuals. It feels like a lot of solidly hewn car for £235 a month, while the (admittedly tech-festooned) Ford asks £274 and the Astra £285. The Ceed splits the difference at £264, and may well nick the Vauxhall’s position as ‘predictable A-to-B transport’ champion. It’s even got a bigger boot.

Poor Vauxhall. In isolation, you drive the Astra and think ‘this is alright, actually’. Spend five minutes in the others, appreciate their more thoughtful control weights, and clearer driver interfaces and you arrive at the same conclusion we do. Why do so many people sleepwalk into buying an Astra every year? This is definitely the best Astra ever made: sharp-looking, inoffensive to hustle, and this SRi Nav has plenty of equipment. You even get a Sport button, which does even less of note than the Ford's. Yet, it still pongs of mediocrity. How its Peugeot-Citroen parents will reinvent it – given France’s current hatch crop is so avant-garde – will be fascinating. Or it won’t. And we’ll all just buy Focuses.

And yet, the irony is that our winner requires a similar lack of imagination. This VW Golf 1.0 SE Nav doesn’t succeed because of its badge, or because it’s the prettiest, or because it’s been loaded up with lots of options that cheat the base price out of existence. It’s simply the most complete car here, and potentially the cheapest.

Oh, it’s a closer-run thing than VW would like. All will seat four in comfort and five at a pinch, and all did 45mpg+ on test. All would manage more than 380 miles on a tank. Only the Kia is over £200 to tax, and with the 1.0-litre engine, it’ll be less. There’s no denying Ford’s taken a giant leap in rolling manners and tech, and stretched its lead over the VW in handling – it’s truly got the German on toast as a drive.

On points, the Focus could sneak the win. Perhaps in its sportier trim, it will. But there’s no escaping the sense the VW’s quality runs deeper, against much newer machinery. On the test, everyone agreed it was the product they found most compelling for most occasions, not to mention less offensive looking than the guppy Ford. Even as the chasing pack score their own minor victories, this VW is still – just – the most complete product. The consistent all-rounder. The evergreen benchmark.