We've seen Boxster vs Z4 a dozen times or more. But now it's different 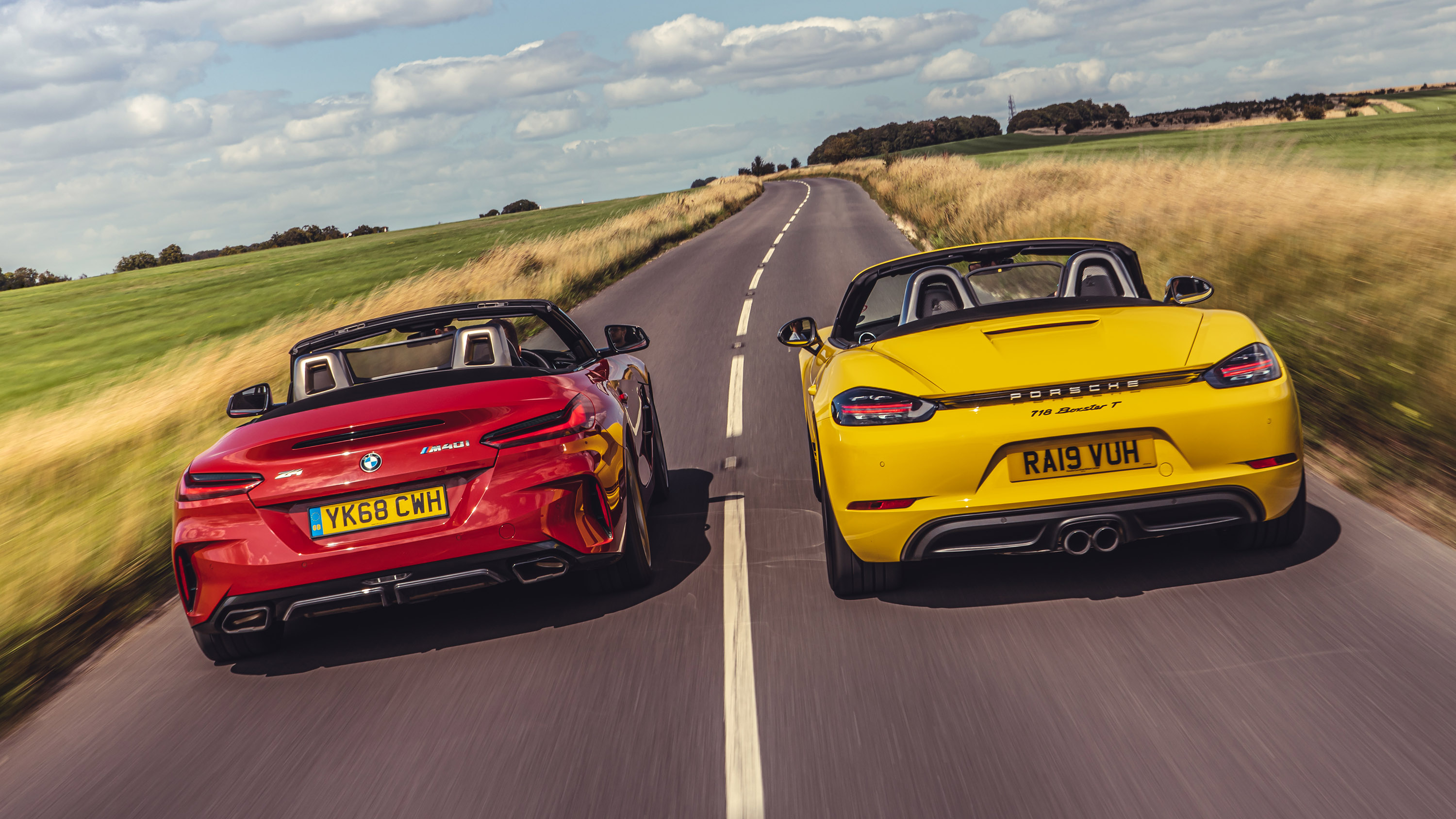 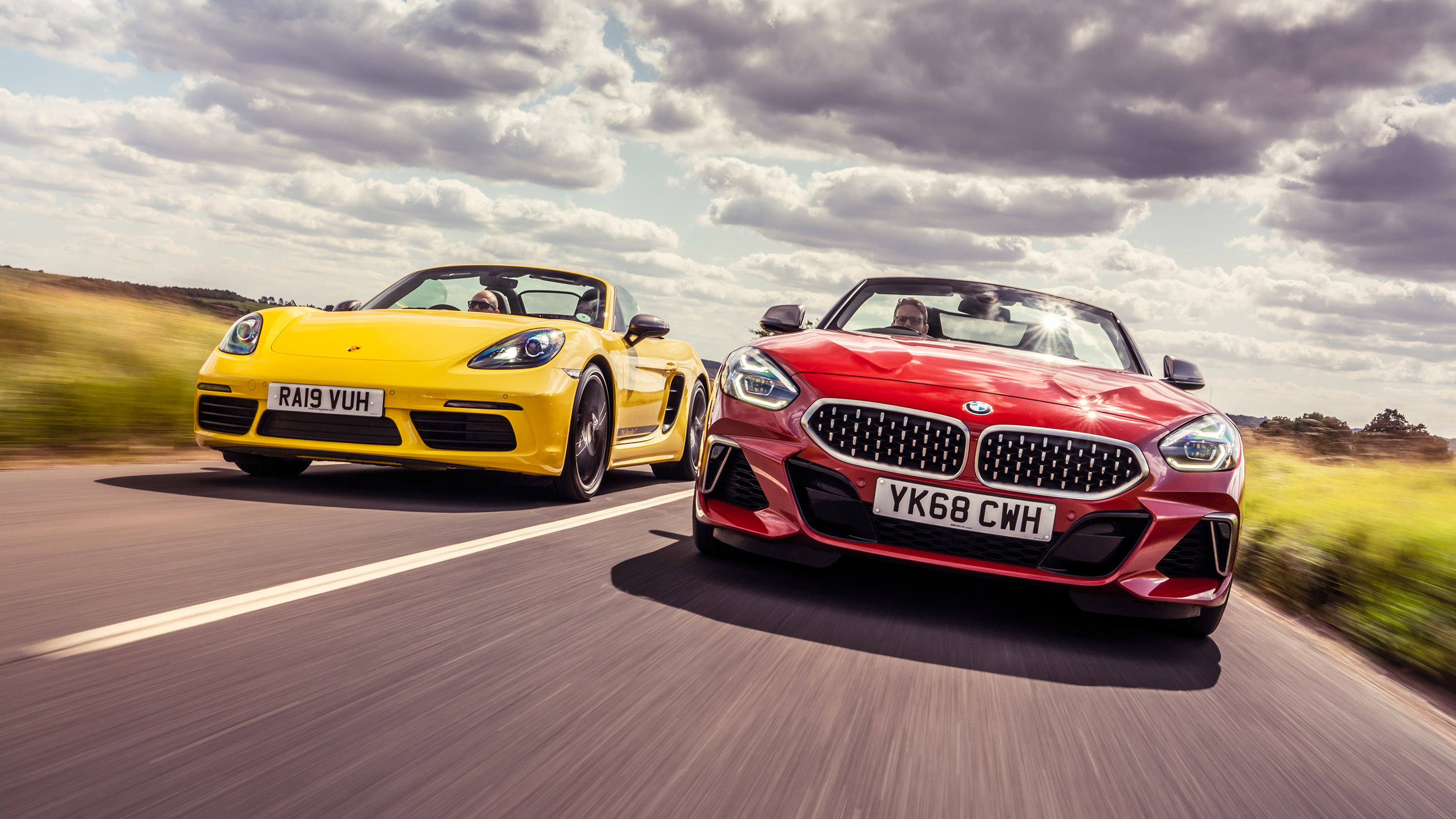 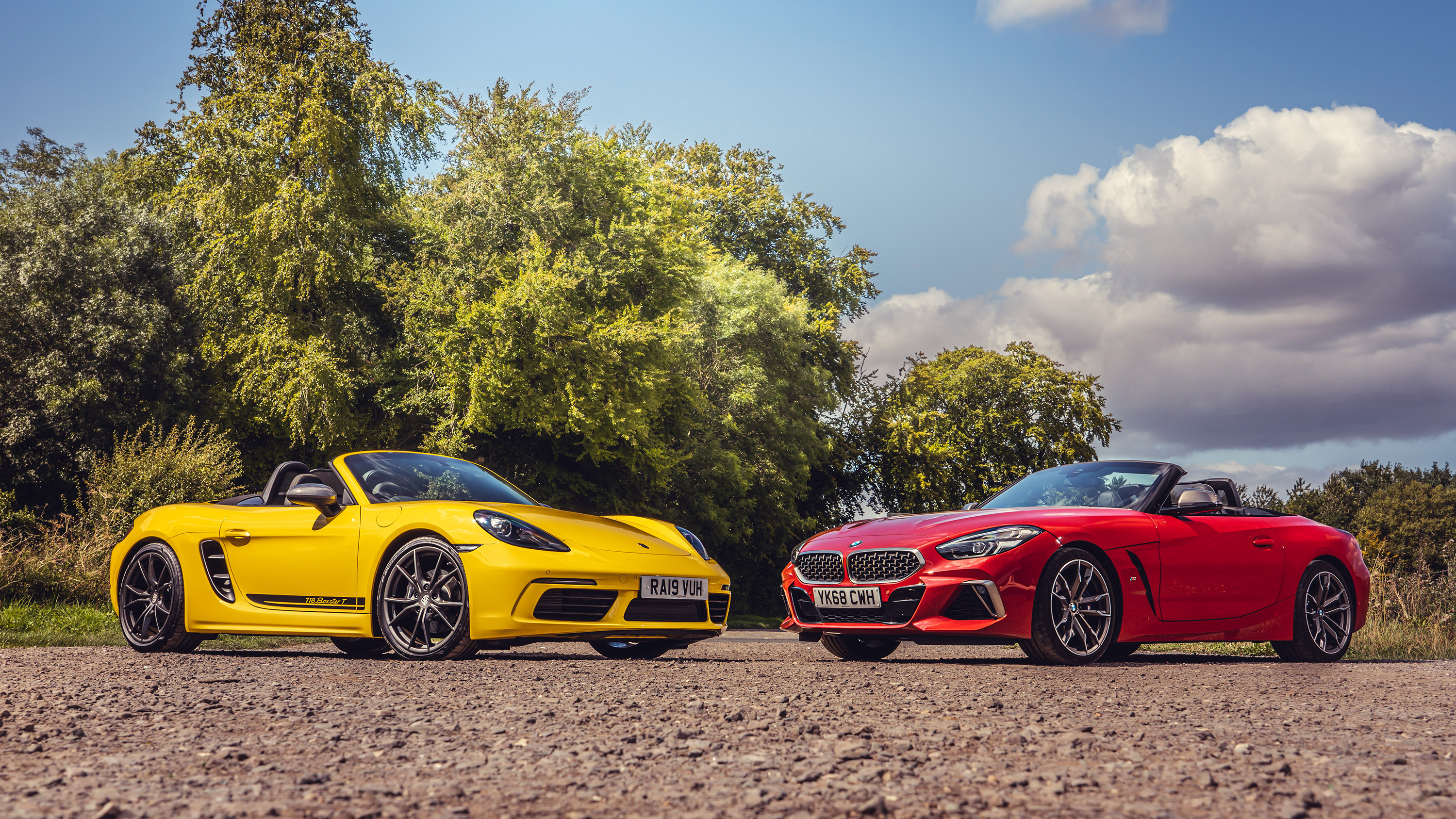 Boxster versus Z4. You’ve probably seen this one a dozen times or more, and you’ll have never seen the BMW triumphant. Porsche’s little roadster has absolutely dominated its corner of the car world since it launched in 1996, and thus far not even the might of Munich has come close to overturning Stuttgart.

This time, though, the winds have changed, both cars emanating a different feel to their predecessors. The Boxster is wounded, its glorious, almost operatic old flat-six having been swapped for a four-cylinder that chunters like an old Subaru. While nicer to the environment on paper, it’s negligibly more fuel efficient in practice.

The Z4, meanwhile, is very much as before – a turbocharged straight-six engine at the front powering the wheels at the back. But it shares the vast majority of its mechanical parts with 2019’s headline act if you like real (ish) world cars. Yup, it’s a Toyota Supra in a different suit, a fact which seems to have boosted the BMW’s credibility despite its own ethos not really changing one bit from before.

The difference feels much bigger in reality, too. The Z4 is a boisterously fast car, partly thanks to how punchy yet effortless its eight-speed automatic gearbox is, but mostly because it’s just so big-lunged. It thumps down the road on a wave of gritty six-cylinder snarl, familiar even from an E30 325i from the 1980s, where the Boxster can neither hide its turbo lag nor compete aurally. Such is the disparity in performance, I wouldn’t be shocked to see the BMW pumping out closer to 400bhp on a dyno.

Before you run down to the bookies to chuck your life savings at a Z4 win, though, know that around corners, nothing’s changed. It’s the heavier, less precise car, to an even greater degree than its vast weight disadvantage over this Boxster T. The Porsche is as lithe and athletic as ever, with world-class balance and the sort of steering and pedal feel that sends geeks like me light-headed with giddiness.

The winds have changed, both cars emanating a different feel to their predecessors

It’s a glorious car at its limit, making it all the bigger shame it sounds so utterly gruff when you’ve summoned the commitment to take it there. Porsche says the next generation Boxster will be fully electric. Perhaps it fitted this engine to make the switchover seem less upsetting.

Mind, the BMW is still game for a laugh. Its steering wheel is too fat and short on feel but it’s a car that relishes a bit of manhandling, one that really ramps up when you select its sportier driving modes and give it a mild pasting. There’s tonnes of grip if you want it, or plenty of mobility from its rear axle if you don’t. It’s easily the best Z4 yet. Much as Porsche’s six-speed manual gearbox is a total joy – spec the optional PDK and I’m not sure we can be friends – BMW’s paddleshifter is utterly fantastic and couldn’t be better suited to the straight-six it’s strapped to, making smart decisions when left in D that have an eye on performance, not just fuel efficiency or comfort.

Efficiency really is a strong suit of this car, though. We’re running this particular Z4 in the Top Gear Garage and it returns 33 to 35mpg without a single thought from its driver (that’s me, and I tend to be a heavy-footed berk). Apply a bit of thoughtful driving and it’ll make a total mockery of BMW’s claimed figures.

Not something that’s true of the Boxster, whose flat-four isn’t just less exciting than the Z4’s six, but thirstier too. Oops. It counters with its famous front and rear boots, which lend it more practicality than you’d dare think and more flexible storage space than its rival. Stop yawning at the back: the more stuff you can pack, the further you can go, and the more driving you can do.

The BMW feels much more modern inside, all computerised dials and head-up displays, but there’s a lovely honesty to the Porsche’s analogue dials too. Enjoy them while they’re still here: only the company’s rev counters are avoiding the switch to digital, and a plug-in Boxster won’t need one of those.

Both cars get their low-slung driving position spot on, both have fabric roofs that fold down electronically on the move and both stay pretty bluster-free below motorway speeds. But it’s the Z4 that feels like a shrunken GT on a long motorway stint – all smooth ride and unruffled refinement – where the 718 feels forever a sports car.

And that’s this pair in a nutshell. One’s lightweight, fun and focused, the other’s chubbier, softer and more cossetting to spend time with. Both are a sliver away from brilliance, just in differing ways. But this is the closest the latter car, the Z4, has ever got to the Boxster and its extra two cylinders just clinch victory. Whether you prefer a sharp chassis or a pulsating engine should determine which way your fifty-ish grand goes.

The Porsche used to offer both, of course. Perhaps the car you really ought to buy isn’t on this webpage. It’s sat elsewhere online in a classified ad, a few years old, with ‘Boxster GTS’ scribed down its doors and a flat-six squished in the middle.