The Earthroamer XV-HD is a $1.5m super campervan

A dream garage camper, only you'll need a much, much bigger garage 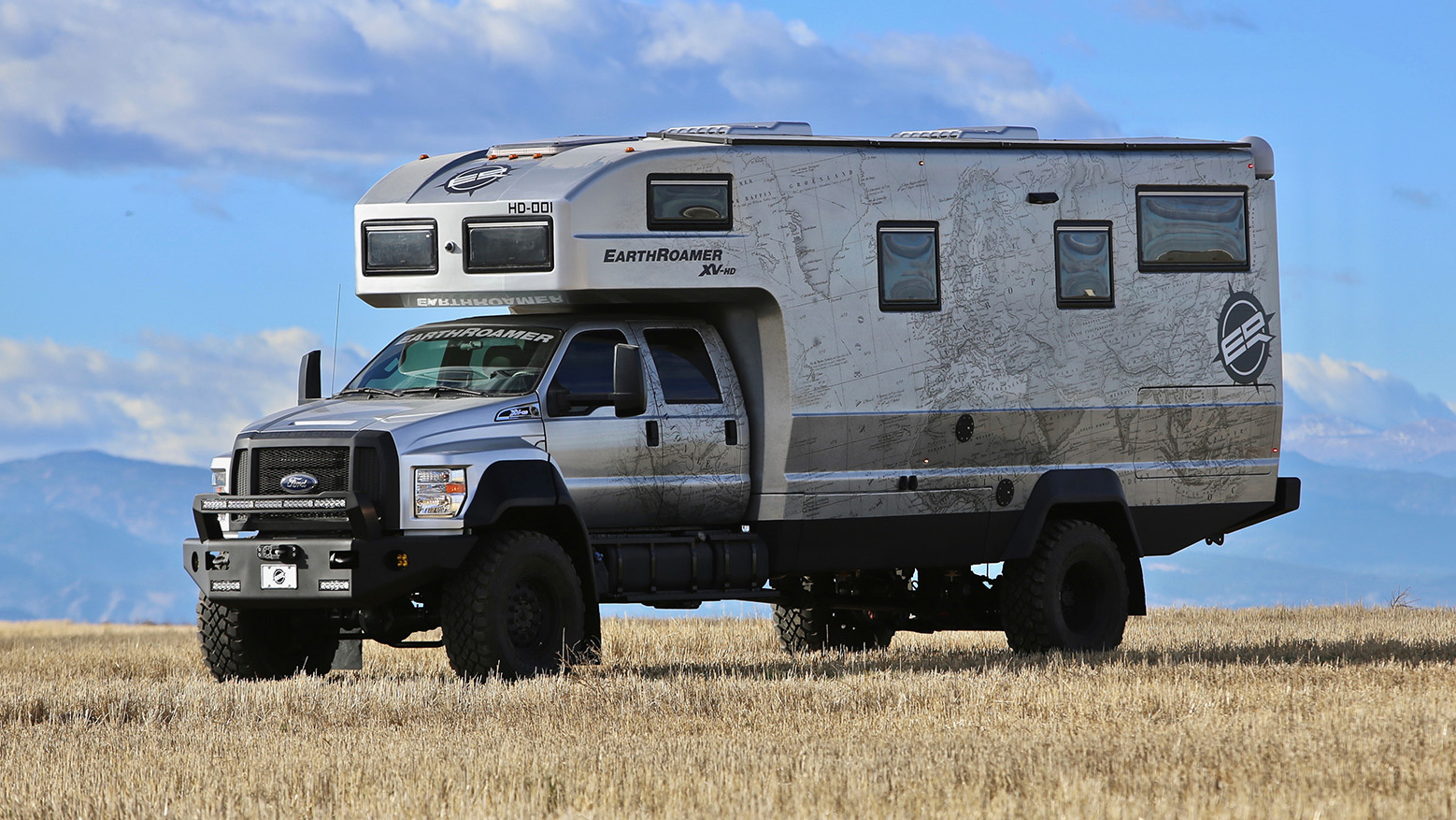 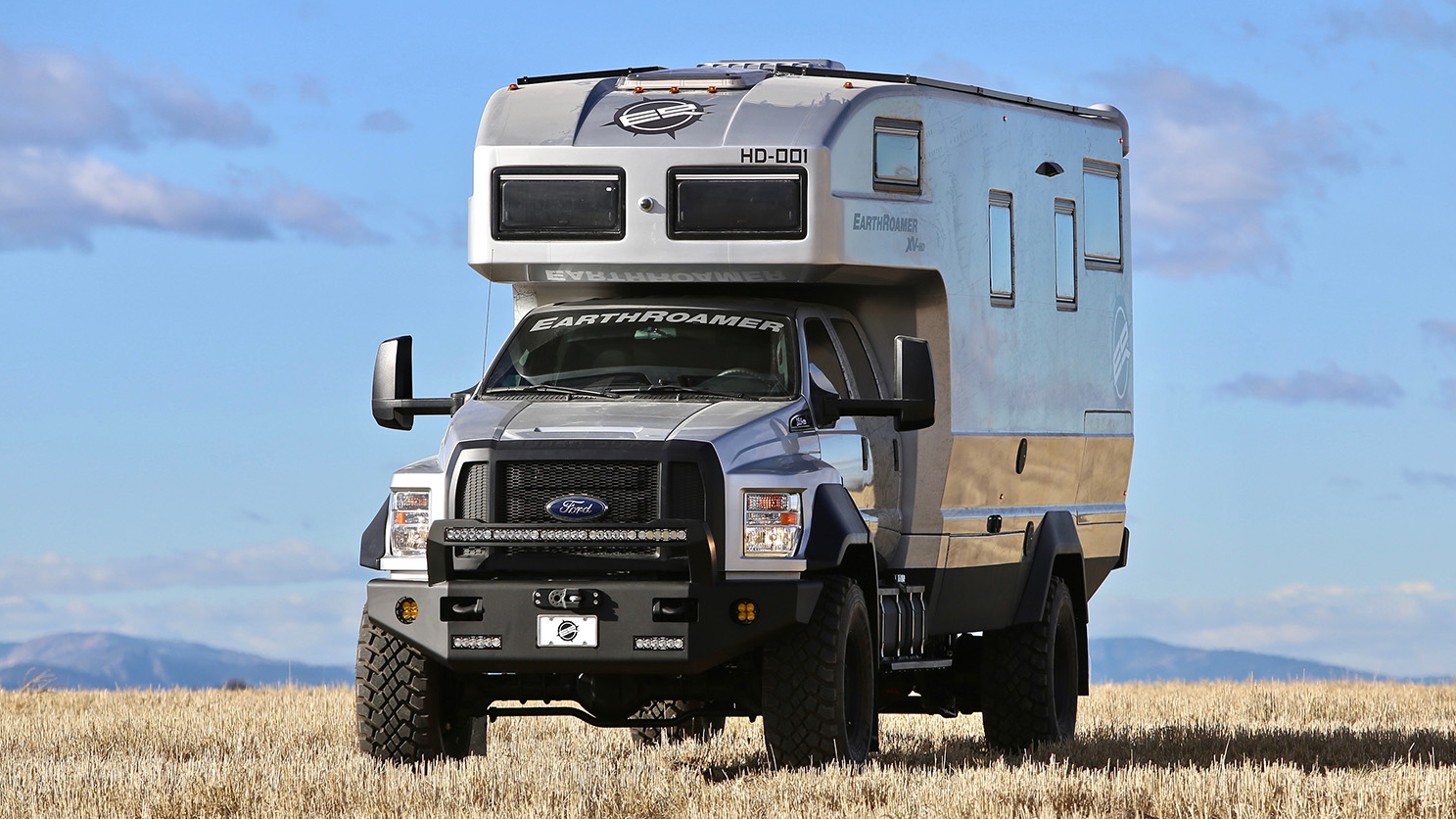 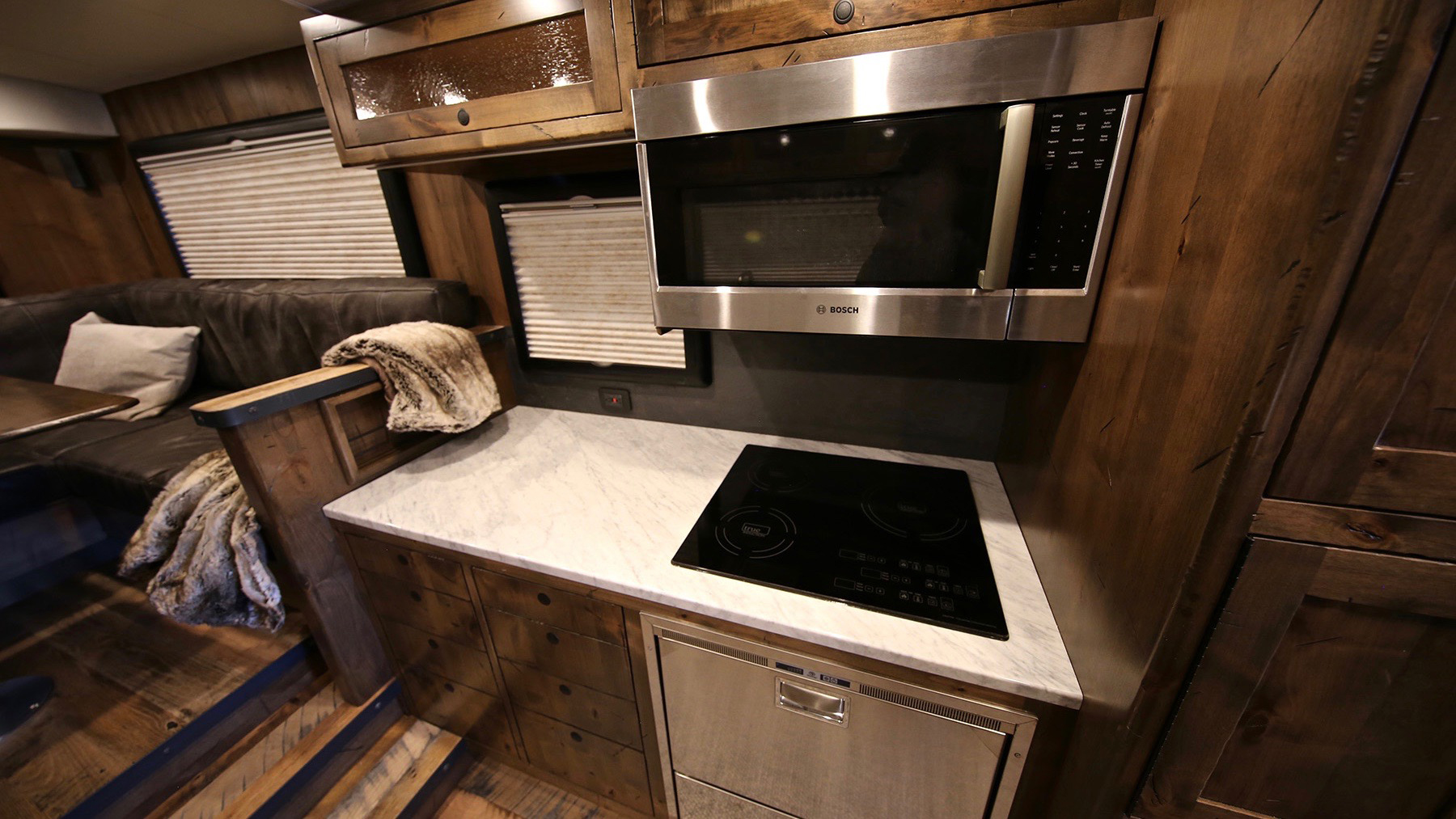 Full disclosure: I really like Earthroamers. I know, we’re not supposed to play favourites, but we all have our quirks, and having spent the greater part of my youth living in various tents, trucks and campers, I now absolutely hate camping. Which can be an issue when your job generally requires you to do adventurey stuff where hotels tend to be several hundred miles away, or so basic/infested that you’re better off sleeping outside wrapped in a tarpaulin. I have done this. It is not fun.

I’ve also come across an Earthroamer XV-LTS (the smaller XV in pic 3) in the course of my travels, and met the people involved. This provided me with two impressions: a) that the trucks are beautifully built and thoughtfully designed and b) the people behind Earthroamer - Tyler and Annie - are Good People.

Which means that the announcement of the new Earthroamer XV-HD would pretty much solve all of my issues with camping. Because you take a five-star hotel with you to places where other campers would fear to tread. Actually, you take a five-star hotel to places where other campers would never get to, and end up upside down and on fire at the side of the trail.

OK, so basing a camper conversion on a Ford F-550 chassis is a fairly prosaic starting point, but it has all the right bits, and you can get it serviced and sorted by plenty of people - especially in North America. But that’s the ‘little’ XV. The XV-HD is based upon the industrial F-750 chassis converted to four-wheel drive, is massive, and is supposed to cope with six people on off-road adventures. Which means that there’s just about enough space for me solo. 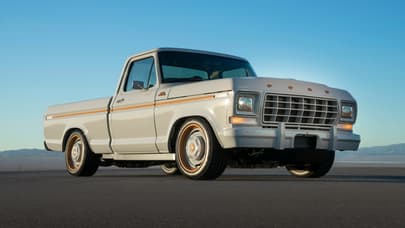 The basic stats go something like this: 6.7-litre Powerstroke V8 turbo diesel (330bhp, 725lb ft) mated to six-speed auto ‘box, 46in Michelin XVL tyres, rear air suspension with Fox shocks (to isolate the back body off road), hydraulic levelling, 30,000lb Warn winch, full LED light array. It’s got a PTO (power take-off) driven hydraulic generator, 2,100 Watts of solar capability, a 20,000 Watt bank of Lithium-Ion batteries (there are a pair of heavy-duty alternators), a 115-gallon fuel tank (more if you need it), 250-gallons of fresh water and the ability to take it all away with you if you need to. There’s some stuff about ‘black water’ and ‘grey water’ storage, but I’m not overly sure what that means. You probably should never drink it, though.

But that’s just the hard stuff. Inside the vacuum-infused, fibreglass, fully-insulated rear, you’ll find big beds, a full bathroom (with a separate shower), washing machine and dryer, underfloor heating, full kitchen and Bose sound system. I would say that they it’s got everything but the kitchen sink, but it has one of those, too, and granite worktops. Seriously. And I’ve poked, prodded and rolled around in one, and the standards are high. It’s also full-custom, so you can pretty much plan your space however you want: from concealed gun safes to special carriers for champagne flutes, it’s all possible.

In fact, there’s only one problem: the XV-HD weighs in at a not-inconsiderable $1.5-million. And that’s before you request gold taps. Ken Block loves them, and you can see why. Expensive for a camper? Yes. But this is more of an overlander than a regular camper, capable of taking you to views usually reserved for committed hikers and local wildlife. Definitely one for the dream garage. Except you’re probably going to need a bigger garage.

What would you do with it?