A six-wheeled, Mini-sized rover is currently parked on Mars 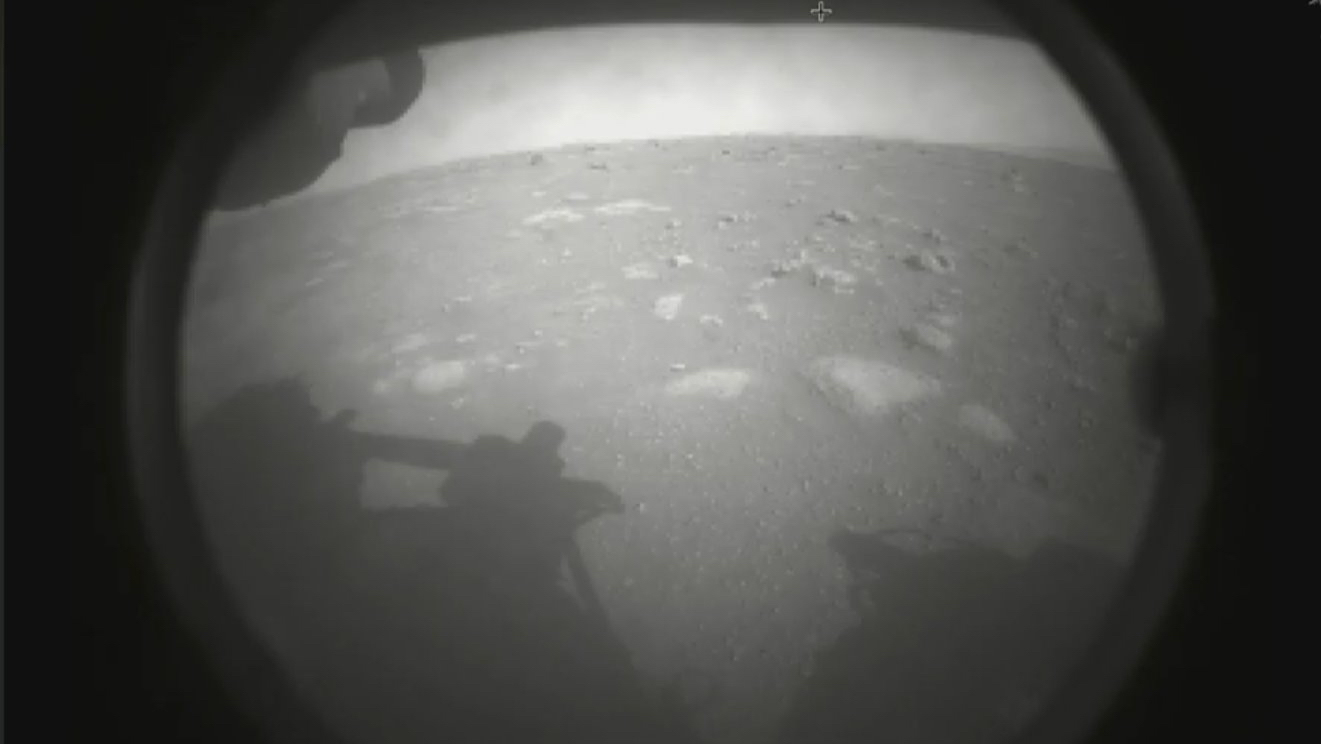 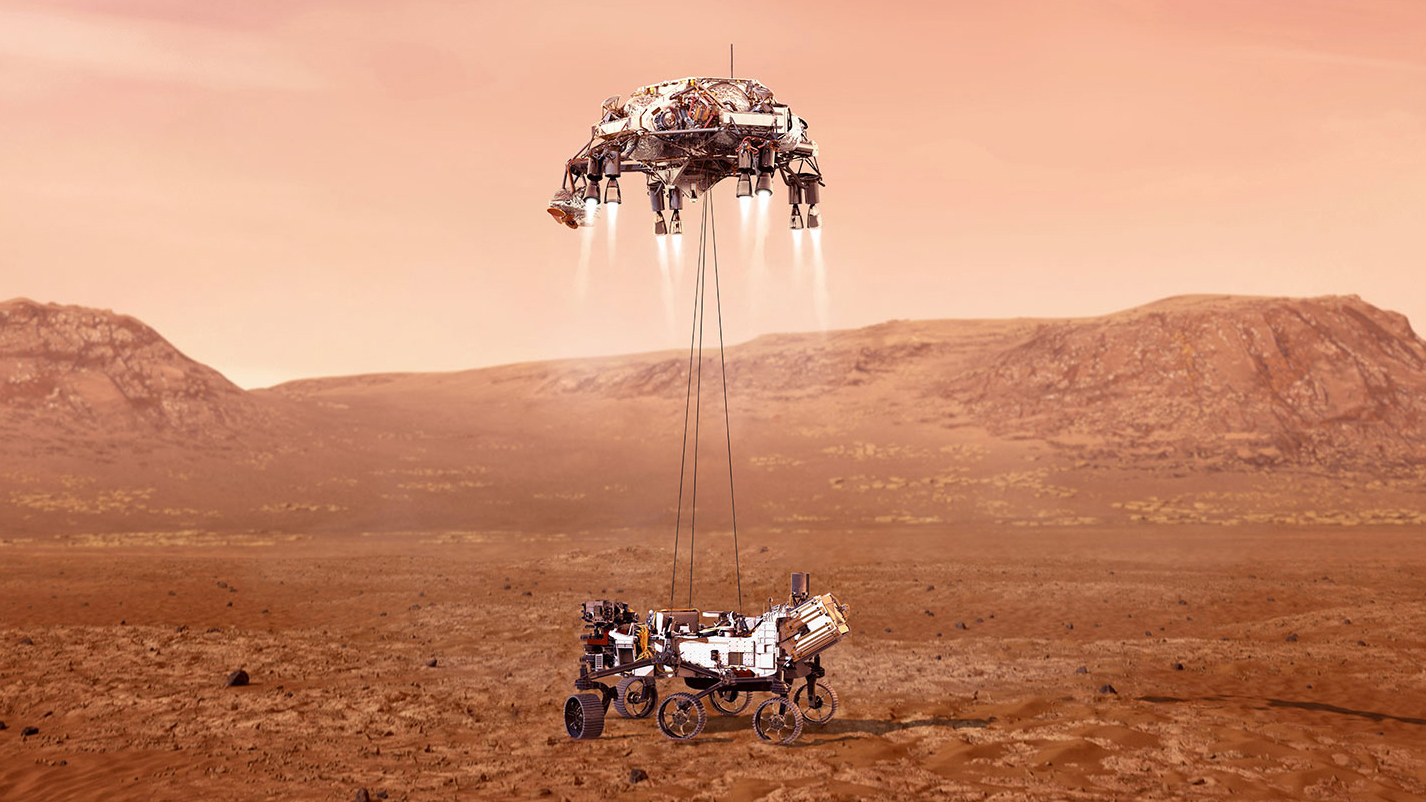 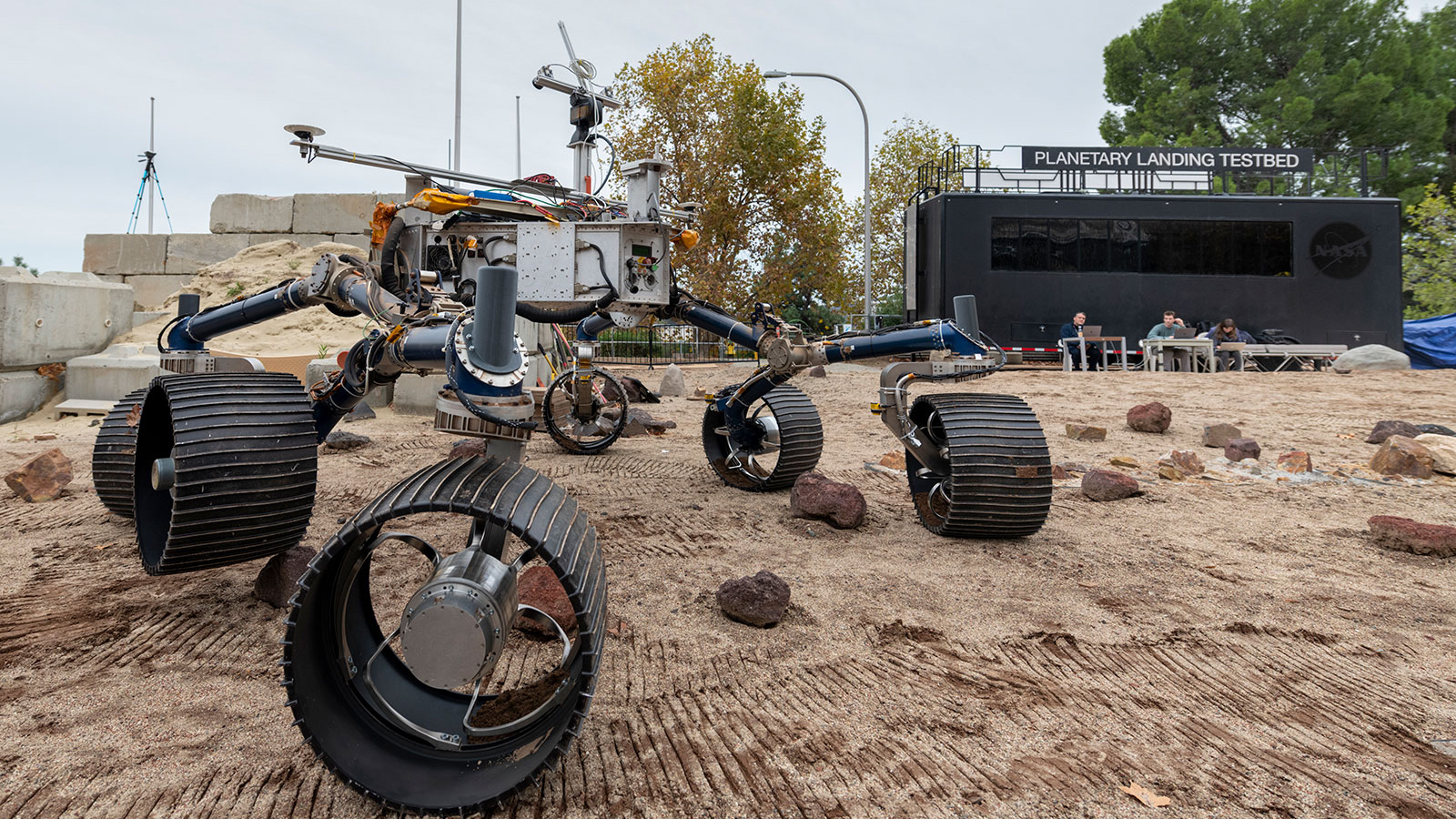 Big news, space fans! There’s a new six-wheeled, one-tonne exploratory rover the size of a Mini Cooper parked on Mars. Yep, last night, at 8.55pm GMT, NASA pulled off one of the most audacious parking manoeuvres in history so we can find out more about the Red Planet. Which – with a bit of Top Gear logic – means we’re now one step closer to the inaugural Mars GP.

Perseverance is the largest, most advanced rover NASA has ever sent to another world, and getting it to land on the Martian planet was no mean feat. Seriously, if the thought of parallel parking into a tight space gives you sweaty palms, you’ve got to give props to the parking job NASA just pulled off.

See, Perseverance left Earth seven months ago and has since travelled 293 million miles to Elon Musk’s future home. Last night, it punctured the Martian atmosphere at a pretty brisk 12,000mph, to then begin its approach to touchdown on the dusty red surface. The spacecraft’s self-guided descent included using a heatshield to slow it down to a still-pretty-brisk 1,200mph, before a supersonic parachute (that’s a great Indie band name) popped out of the rover to reduce its speed to a more palatable ‘few hundred miles per hour’.

That’s when a set of rocket thrusters came in to play to counteract the severe act of falling; slowing it down even further and placing it in a hover about 20 metres above the planet’s surface. The final act of this complex series of manoeuvres NASA dubbed “the seven minutes of terror”, was for the rover to be lowered by cables to the surface using a rocket platform called a ‘sky crane'.

Unsurprisingly, everyone at mission control lost their beans when flight controller Swati Mohan announced “Touchdown confirmed! Perseverance safely on the surface of Mars, ready to begin seeking signs of past life", and a circus of social-distanced fist-bumping and hollas rang out as PPE clad space scientists began to party.

The six-wheeled vehicle landed in the Jezero crater, and like anyone in a new environment, will spend the next week or so assessing its surroundings and taking lots of pictures to beam back to its family and friends to post on social media. Then it’ll get to work, spending at least the next two years drilling into the local rocks, looking for evidence of past life.

Why? Well, that spot is thought to have held a giant lake billions of years ago. Because where there's been water, there's the possibility of signs of life. And Perseverance will use its seven cameras and suite of tech to find and sample fossilized remains of ancient microscopic Martian life with the help of a mini-helicopter called Ingenuity. That’s currently strapped to its belly but will be freed for the first powered flight on another planet in history. Now doesn’t that sound cool?

“Landing on Mars is always an incredibly difficult task and we are proud to continue building on our past success,” said JPL Director Michael Watkins. “But, while Perseverance advances that success, this rover is also blazing its own path and daring new challenges in the surface mission. We built the rover not just to land but to find and collect the best scientific samples for return to Earth, and its incredibly complex sampling system and autonomy not only enable that mission, they set the stage for future robotic and crewed missions.”

If Perseverance is a success, it then lends itself to human exploration of the Red Planet. And then if that’s a success, the possibility of colonisation of that big Red Planet up there, which is what Elon Musk and Jeff Bezos are having a pretty expensive tête-à-tête. Until then, if we hear that Perseverance is doing six-wheeled drifts around the rim of the Jezero crater (or that it's found NASA's Curiosity rover for a drag race), we’ll let you know.