Here's why we love the Audi RS6

Speed Week 2020: mobile hotel, track slayer, Airstream tugger – is there anything the Audi can't do? 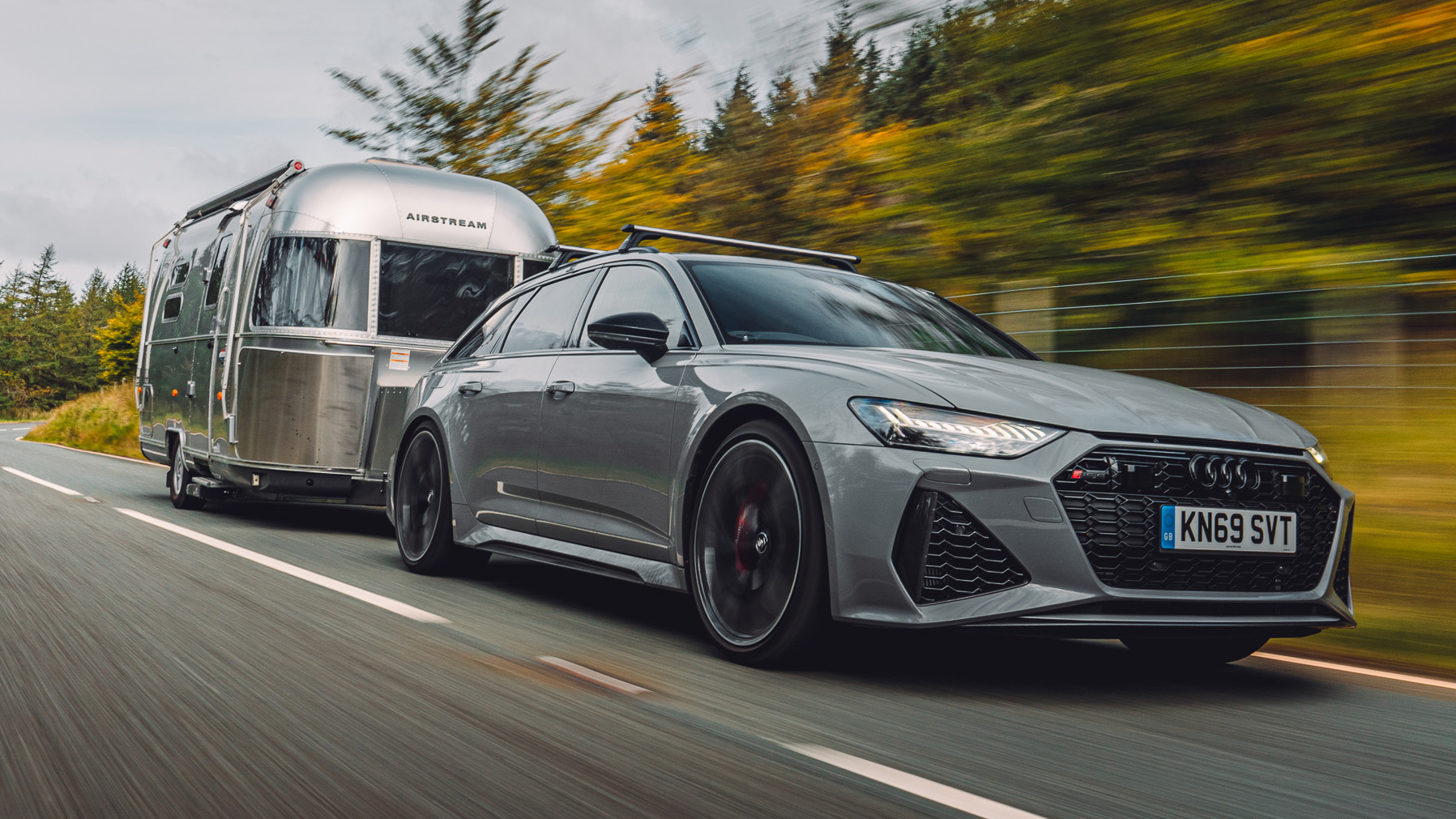 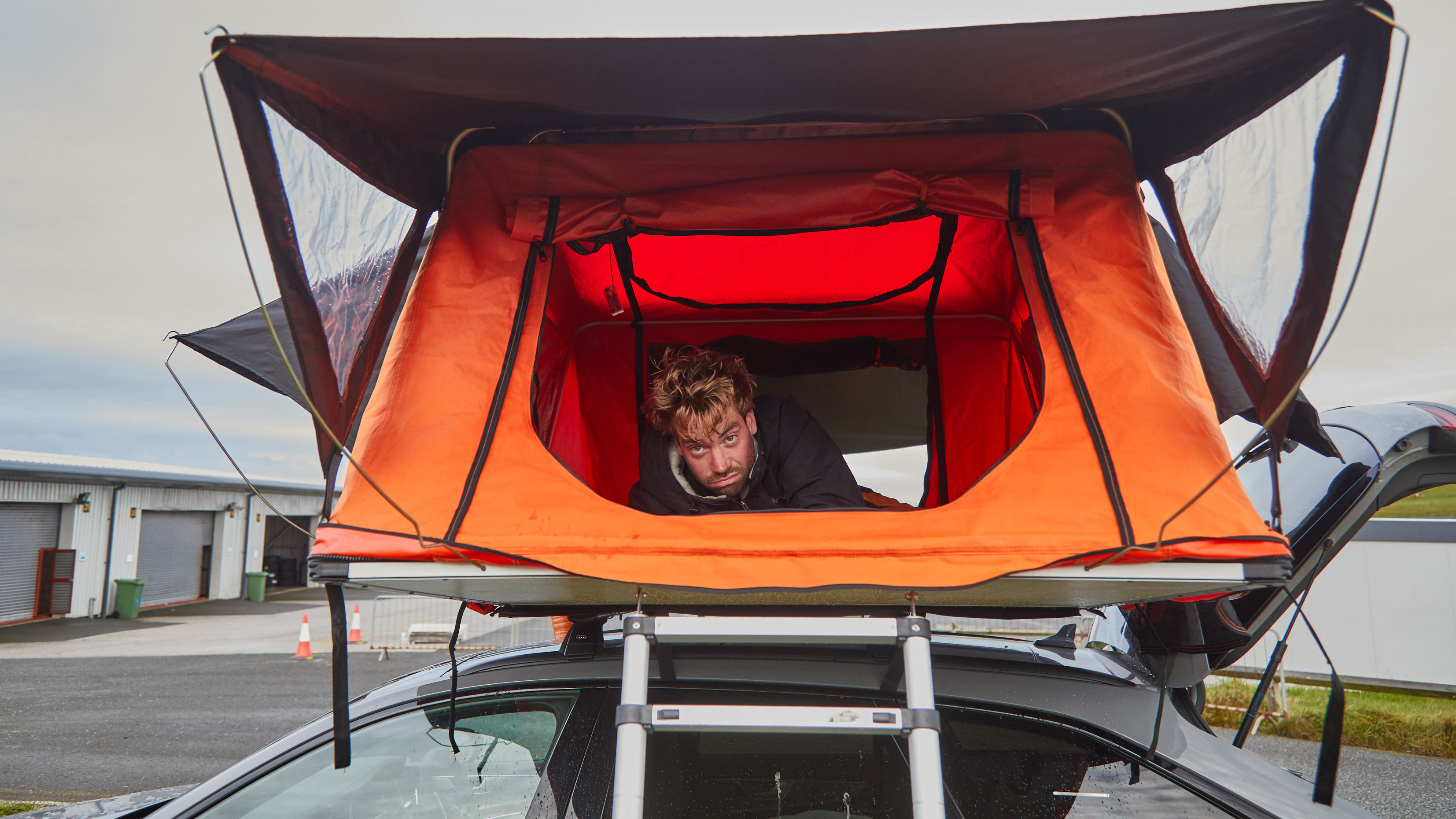 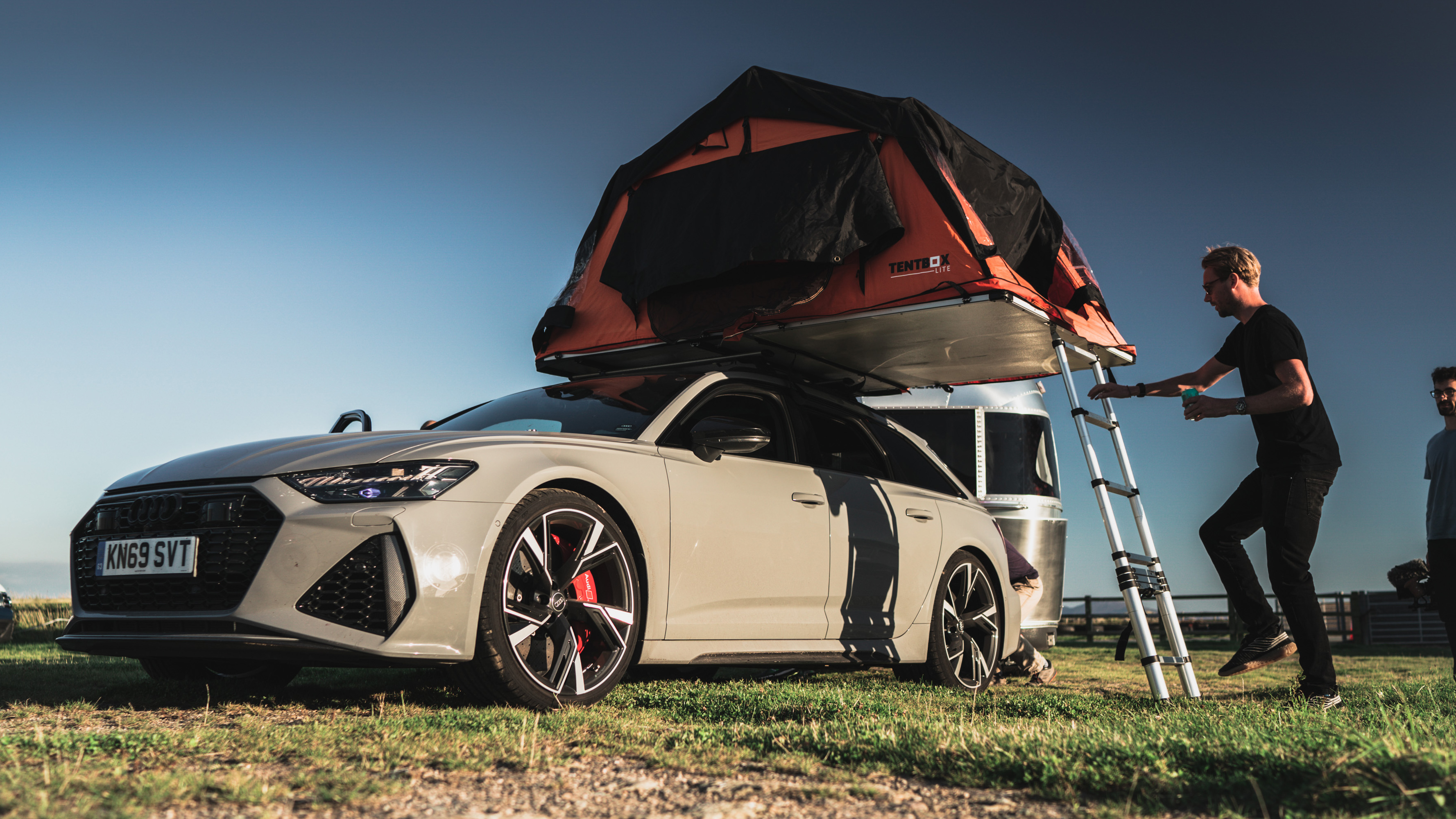 There are many reasons to love the new Audi RS6; its pugnacious stance, the newfound duplicity of the 592bhp 4.0-litre bi-turbo V8 engine, a whopping 1,680 litres of boot space, and, of course, the fact it goes like an Olympic sprinter whose accidentally put their foot in a scalding bath. But there's one more reason. A reason you might not think of… the double-glazing.

I’ll admit, it wouldn’t have been the first thing that I would have said either. But then this year’s Top Gear Speed Week happened; a week-long jamboree of fast where I didn't just have to drive the RS6, but also live in and on it for five days. How did I end up living in and on an RS6? Well, you may have heard that there’s this thing called ‘Covid’ going around. Aside from shutting the pubs early and make us sing Happy Birthday twice every time we wash our hands, this rather inconvenient global pandemic also meant we had to adhere to a bunch of new regulations for the shoot. One of which ruled out the comfy surroundings of a hotel. So, to follow government restrictions, we had to camp. Rather than lobbing a pop up tent and praying for the best, we thought it’d be better to pop a tent on the RS6 and sleep in that. Because this is a car that can do everything, so surely being a holiday home is also in its repertoire.

We spoke to a company called TentBox, who sent us a very un-tent like box. It looked like a giant freezer block on the roof of the car. But then when you want to park up and kip, you simply take off the cover and fold it open where it pops open like a children’s picture book and becomes home. There’s even a handy ladder to anchor it down and to give you easy access to your high-rise 600bhp hotel and an inbuilt comfortable mattress. What the TentBox boffins and Covid regulators can't account for though, is weather. Specifically, the snarling, unforgiving storms of Snowdonia – which we had to endure on the second night.

Trust me, being battered with 60mph winds while trying to sleep in an elevated tent is not a place you want to be. I ended up feeling like one of those sachets in a packet of ‘Salt ‘n’ Shake’ crisps as an irrational giant toddler child threw me around. In fact, the winds were so bad I thought the car was going to roll over. And then the world would end. So I aborted tent and posted myself into the back of the RS6 to sleep there. Which was utter bliss. Why? The double glazing. It was an impenetrable layer for the howling winds and cutting, cold winds that tore me apart in the canvas mezzanine above. I zonked out. Hard. So much so, I had to be woken up by the boss otherwise I’d miss the track day. And I didn't want to miss that.

So we folded the tent back up and lifted it off the car. Then hit the track - where the RS6 really started to get into its groove. Obviously, it’s not as at home on a track as the other lightweights and supercars we had, but even being a heffer, the thing can shift – seeing off standstill to 62mph in 3.6 seconds and going on to 190mph (if you spec the ‘Vorsprung’ pack). It’s approachable and safe too – especially when it’s bucketing it down. Which it was. Though quick, the steering is way too light and flighty, lacking crucial feedback to your fingertips and palms.

It’s properly nimble, with the rear-wheel steering magically shorting the wheelbase, and rear diff now becoming more playful. Plus, with DRC specced – that switches the air suspension for cross-linked conventional spring/damper units – it has a proper sporty roll set up but also doesn't mind chowing down on Anglesey's kerbs.