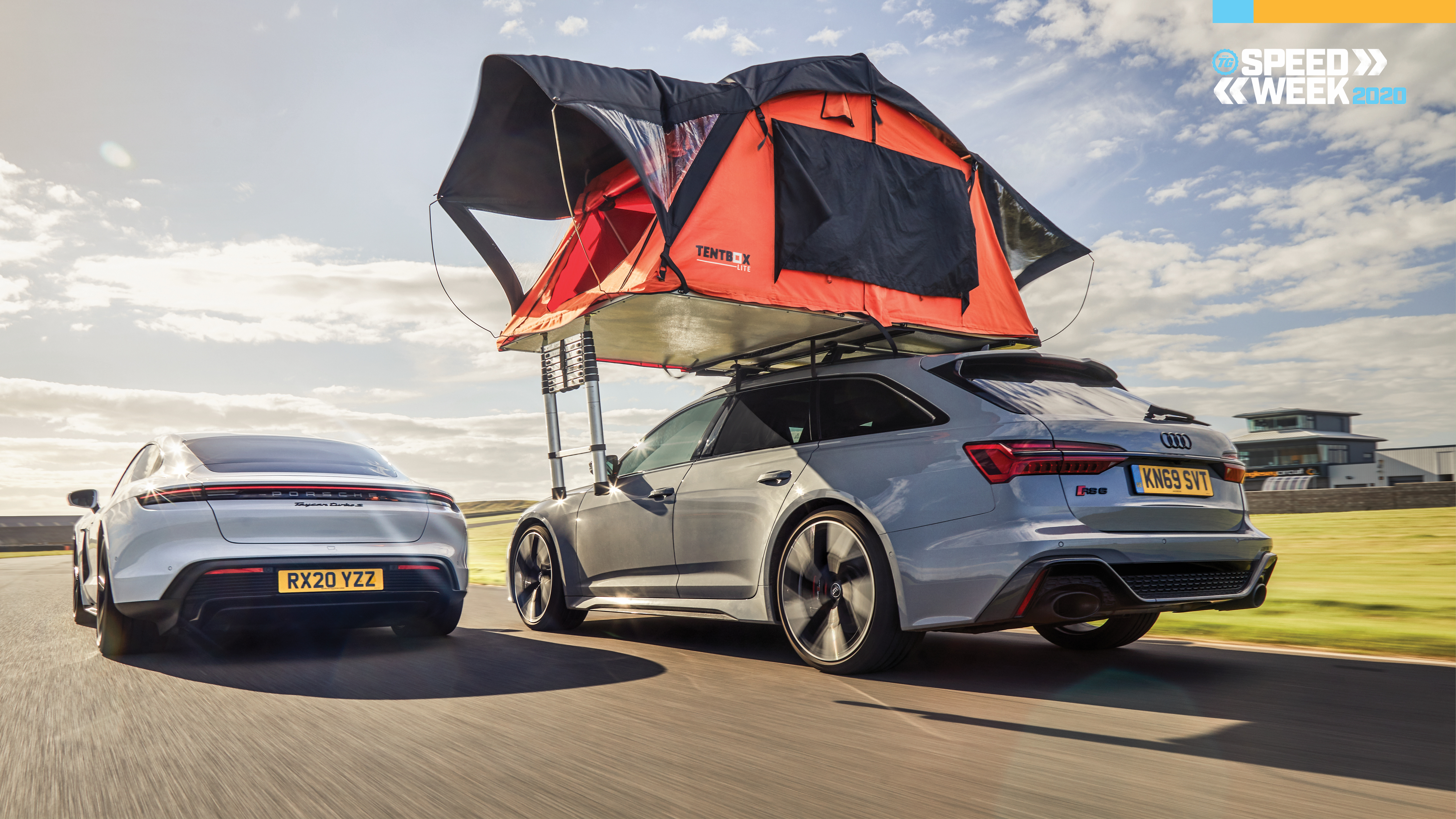 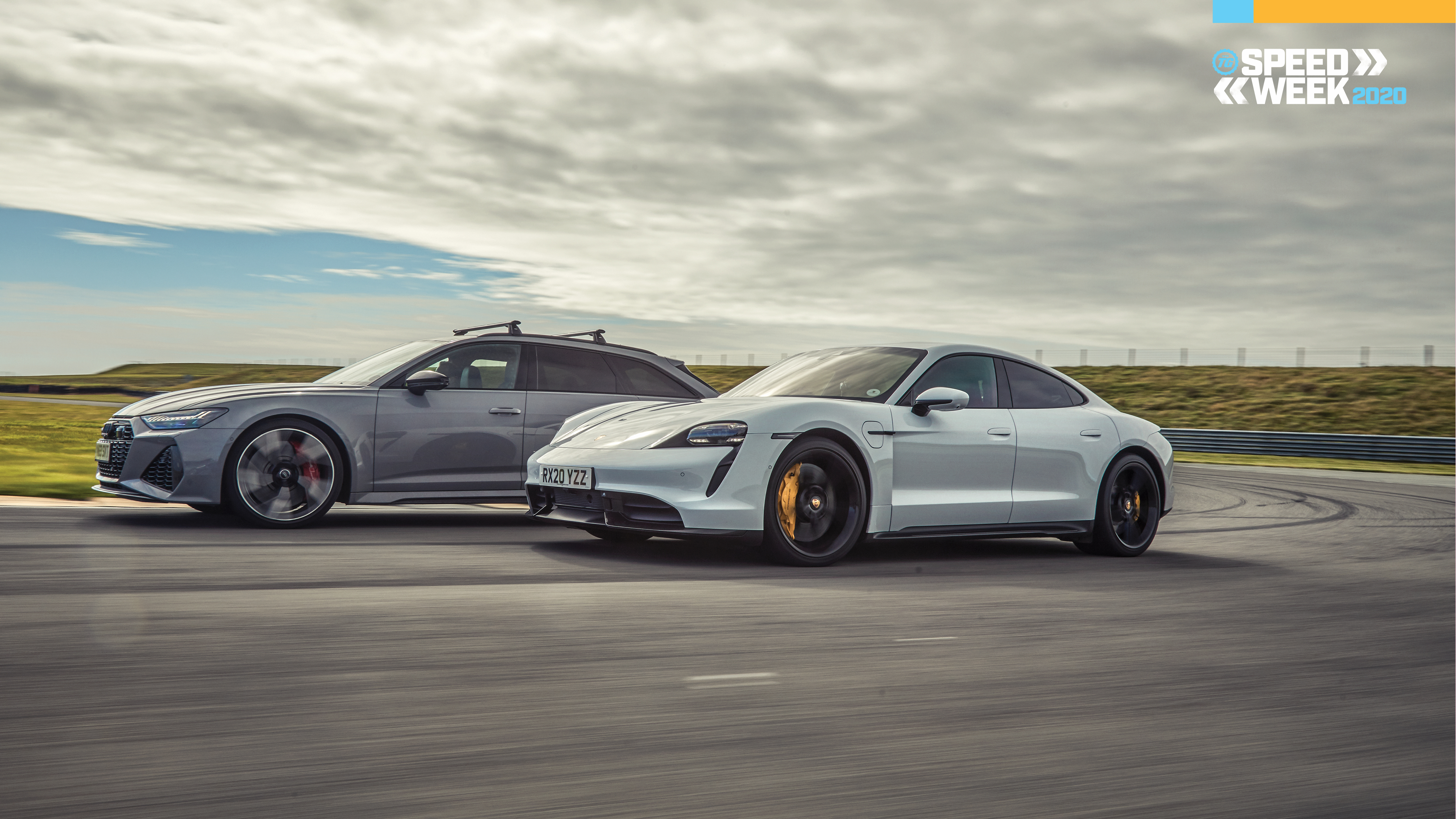 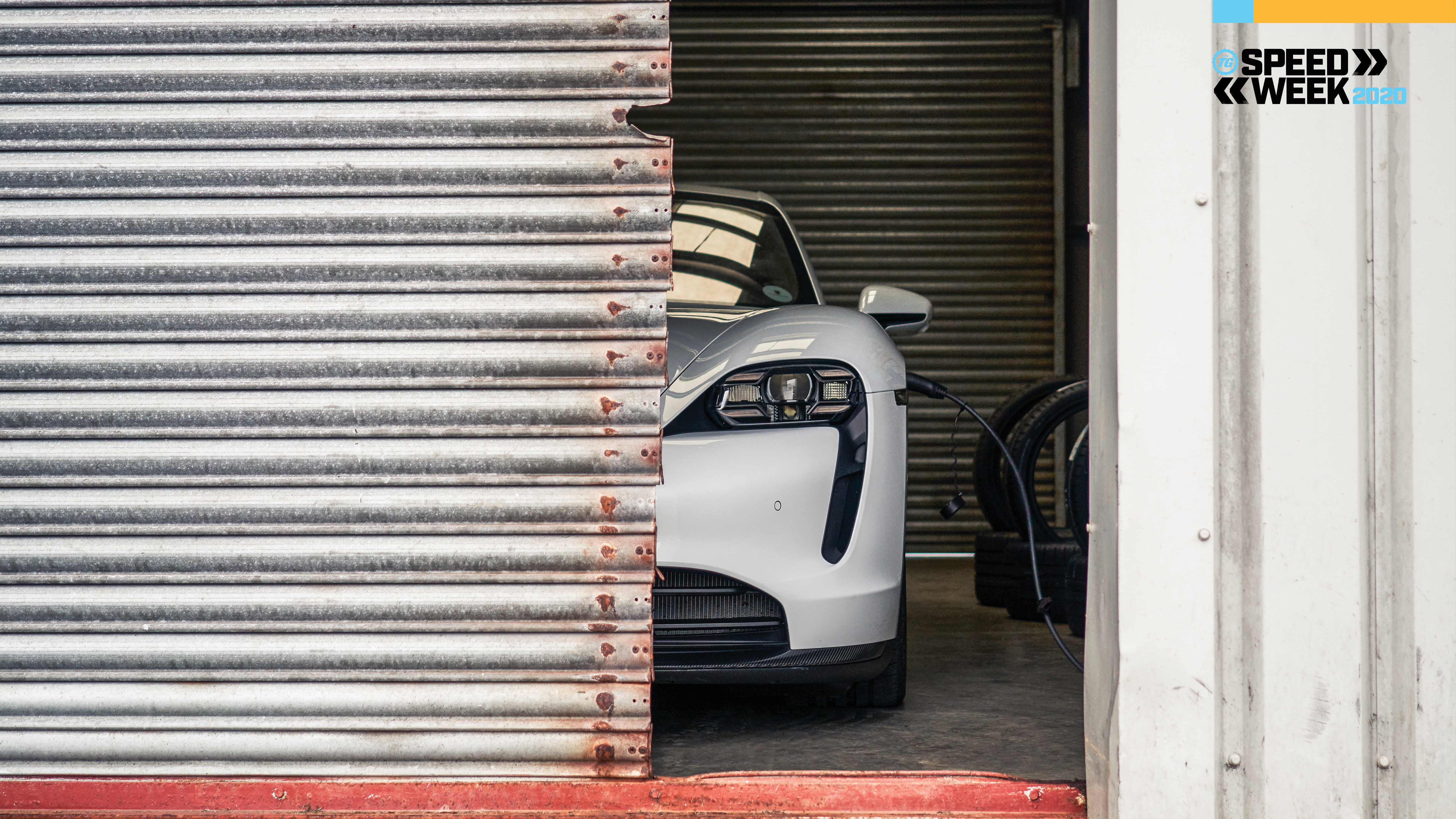 Much like those two artists surely live together in a Spotify playlist somewhere, though, there’s plenty to suggest these cars might feasibly be rivals. Both are specced to £140,000, both have around 600bhp and dispatch 0-62mph in three seconds or so and both – somewhat crucially in a circuit-based comparison – tip the scales north of two tonnes. Yowch.

Or not. See, they’ve each been bestowed with an eye-watering amount of technology to counteract their heft. Four wheel drive, four wheel steer, torque vectoring, ceramic brakes (standard in the Porsche, a £9,700 option fitted to the Audi)… Some of it adds its own weight in turn, of course, but the rally against the increasingly fattening feedback loop caused by an inherently overweight car isn’t to be found here. I was having too much fun to worry about it.

‘RS6’ has been a synonym for ‘fast estate’ for more than a decade now but – whisper it – an AMG E63 has traditionally done things better. If you like spending time enjoying a corner rather than ruthlessly dispatching it like an inconvenience, that is. But with RS6 gen4, it’s obvious the team at Audi Sport have been benchmarking products from rival German performance arms, though the Avant does without its rivals’ gimmicky drift modes, never shutting down its front axle in the name of fun. Nope, it’s gained something altogether more useful – handling nous.

Its predecessors are mighty in a straight line but a bit dumb in corners. This one turns in like it’s shed 500 kilos and 50cm of wheelbase at the mere sight of an apex, the front of the car so responsive as I tuck it into turn one on my out lap, I almost had to dial back the lock I’d applied. Four-wheel steering really is the magic serum in a chunky monkey like this, as effective at managing your bolshy overenthusiasm as interspersing pints of lager with glasses of water. Nerdy as hell, but it works every time.

This latest Avant is a revelation into corners. But what about out of them? Up to 85 per cent of its power can be sent to the back axle, while all British RS6s have Audi’s Sport Differential fitted as standard. It never cuts loose like an E63, all ‘tie on its head at the end of the wedding’, but it at least undoes its top button and loosens the knot. The rear gets involved oh-so-neatly, helping get 2,000 kilos through a tight bend without drama and perhaps allowing you a small slide to tidy up if you’ve slackened its ESP.

One area of tech I’ve not touched on is the RS6’s mild-hybrid setup. Away from ‘roads’, where its smoothly operating stop/start system has no role to play, you simply don’t know it’s there. Especially when we’ve pitted it against a car that’s skipped hybrid stepping stones and gone fully electric straight out the box.

I’m going to cut to the chase: the Taycan is a revelation. Getting flustered about its Turbo S badging is a waste of time (its 20 years since an AMG’s badge correlated with its engine capacity), as is worrying too much about the fact it’s 2,295kg before the driver and their lockdown belly’s aboard. Concerns about either are crushed as quickly as its 775lb ft (!) is mercilessly flung at Anglesey’s tarmac, its acceleration pulling off the absurd trick of being shocking and drama-free, all at once.

There’s a handful of driving modes, and an initial warm-up lap in Sport before levelling up to Sport Plus reveals one of the Taycan’s more intriguing traits. The most talked about noise in the Speed Week 2020 paddock doesn’t emanate from the V10 Lamborghini or the brutal Long Tail McLaren; it’s the synthetic warble programmed into the Taycan’s speakers that’s got everyone animatedly chatting.

The feeling’s almost entirely positive, too; by its nature, the electronic warble – rising as you accelerate, plummeting as those ceramics haul you to a stop – is fake. Yet Porsche, forever the class swot by nailing down the nuances of new tech before anyone else, has somehow made it sound eerily natural.

There’s an inherent Porsche-ness to the whole experience in fact, its engineers squeezing as much feel and feedback from its futuristic setup as they possibly could. And it truly flatters; Push the RS6 too hard and physics will eventually win, sending you wide of apex, but the Taycan just keeps cleverly shuffling power around so you cling to your chosen line like it’s a training mode in a computer game.

It does mean it’s less of a yob, and less amiable to smoking its tyres than any 911 you care to name. Its huge suite of tech is less helpful if you prioritise fun over speed and neatness. There’s shared DNA with other Porsches, but it’s still a new experience.

I’ve climbed out of plenty EVs that are ‘great electric cars’, but the Taycan is perhaps the first that’s a ‘great car’, no caveats. One that’ll make us question the need for petrol Panameras as batteries improve and its range grows. If Audi can pull off similar witchcraft, then the next RS6 could do a lot worse than skip hybrid tech and go entirely plug-in. Iron Maiden may still rock, but at this festival, they’re no longer a headliner. 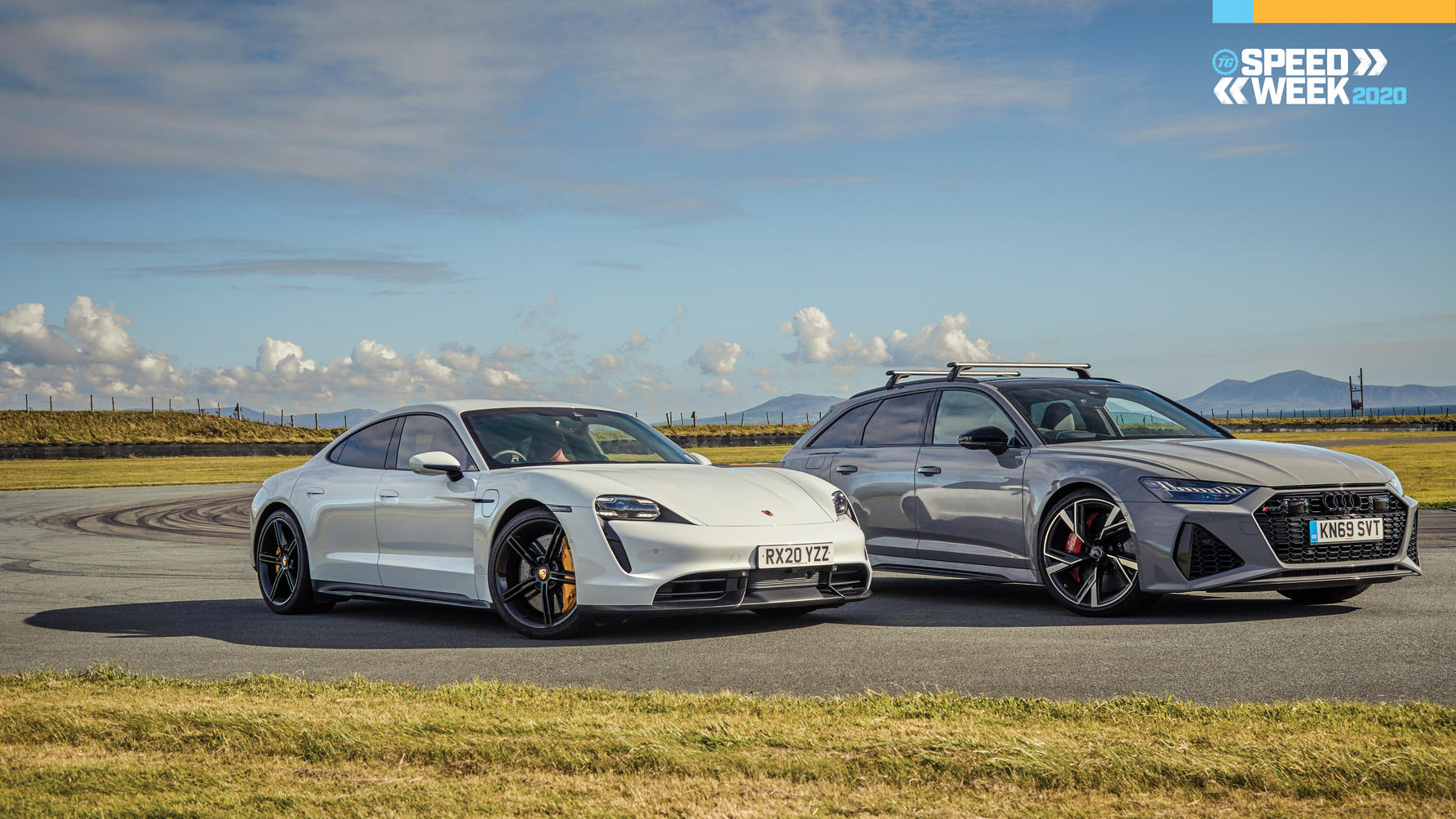