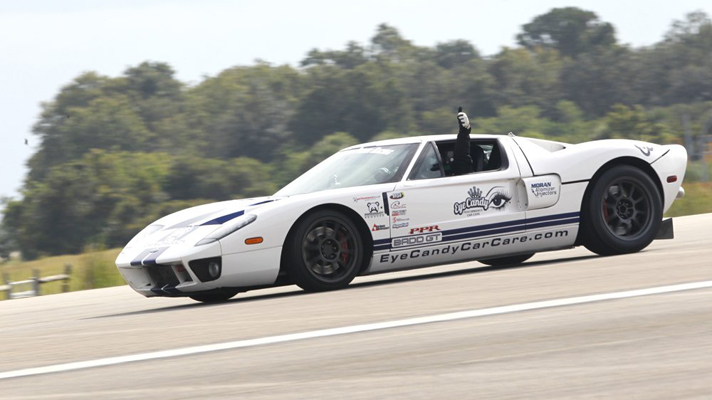 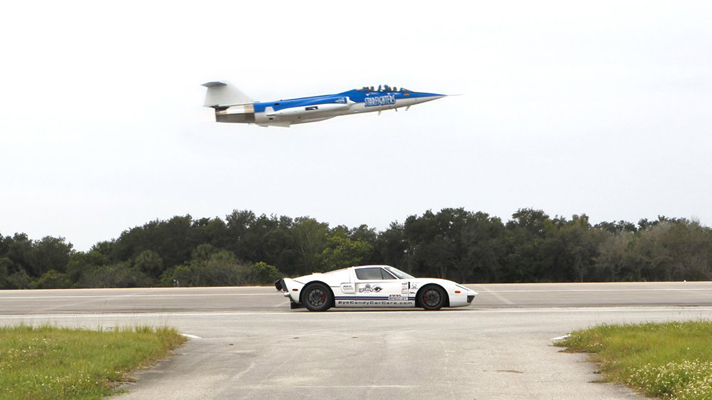 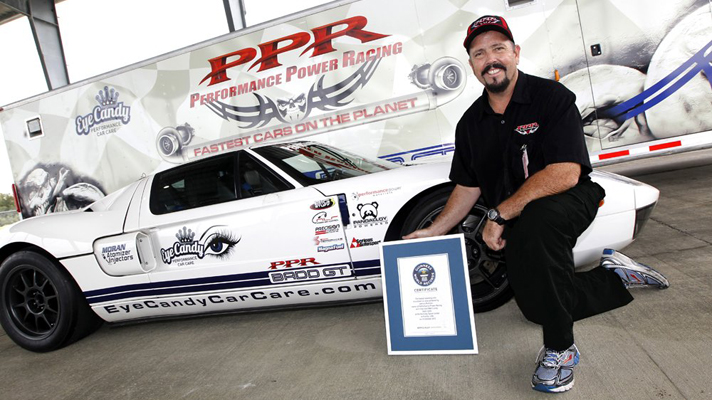 There's an element of the late twentieth century's infamous ‘Space Race' happening at the moment, albeit with less nuclear Armageddoney-ness. Because in the same month that Felix Baumgartner JUMPED FROM SPACE, we have a Ford GT that could very well have powered itself into orbit.

Well, a heavily modified, twin-turbo Ford GT, that is, owned and driven by a Mr Johnny Bohmer of Performance Power Racing. He took his 1,700bhp GT to the landing facility at the Kennedy Space Centre in Florida, shooed incoming space shuttles away from the huge strip and buried the throttle.

The result is a new, verified Guinness World Record for the fastest standing mile in a street car: on 16 October 2012, Mr Bohmer drove his ‘BADD GT' to 283.232mph. That, ladies and gentlemen of the Interwebs, is pretty ruddy quick.

Says Mr Bohmer: "By NASA allowing us access to a one of a kind facility, we are given the opportunity to explore these technologies. We're just scratching the surface of where these systems can be utilised outside the racing arena."

That's right - he's a serious man on a mission to bring world record-breaking tech into vehicles of all types. Though we suspect it'll be a while before we see a 300mph Ford Fiesta. Underneath sits the same 5.4-litre Ford V8 as a standard GT (with upgraded internal components), but the supercharger bits were ripped out and replaced with a twin-turbo system and upgraded factory intercooler. The fuel system was also redesigned to pump 25 per cent more fuel than standard, what with there being 1700 horses and all.

The engine cooling system has had a minor reroute, likewise the gearbox remains standard with just a few bits of strengthening to support that power. The chassis remains totally untouched. As Mr Bohmer told TopGear.com: "We drive this car on a regular basis in town and even drop the kids off to school in it." School-run mums of Florida, beware.

He's got form, has Johnny. Last year he set a then world record at a piffling 223.42mph in a Ford GT too. And it appears 283 isn't even enough either. Posting on his website earlier today, Johnny said: "We will go much faster very soon".