Finally! It's the production NSX 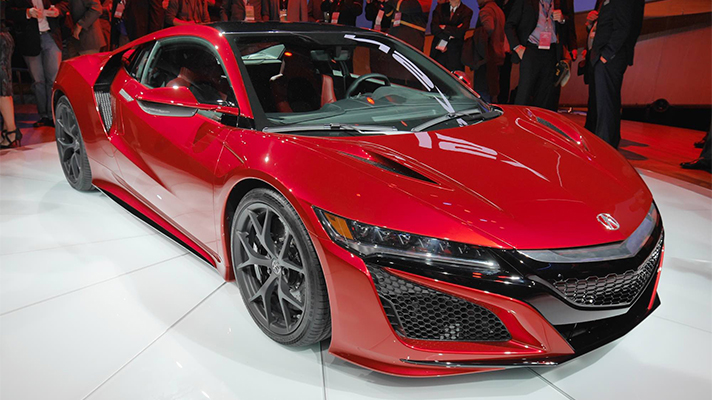 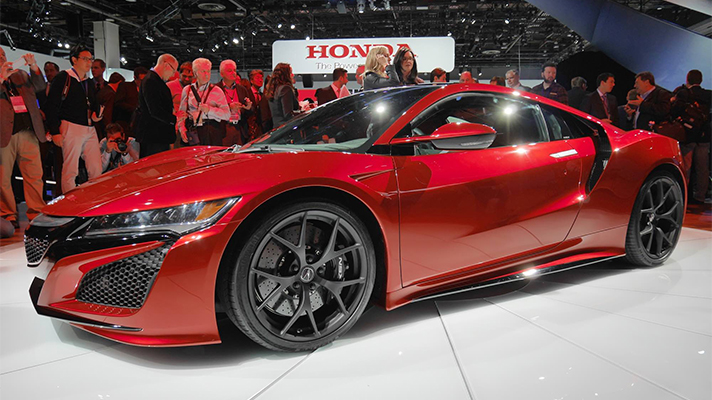 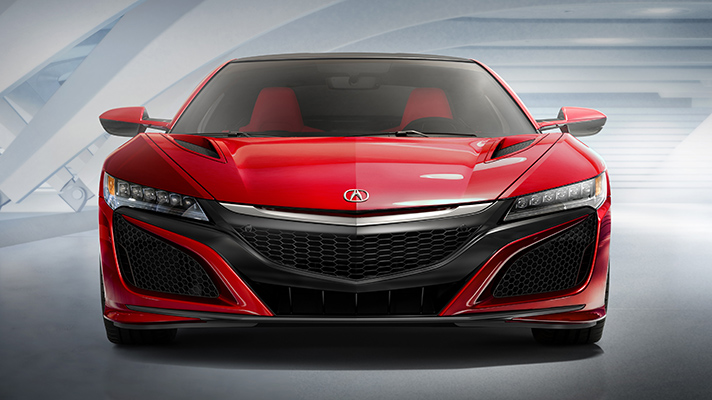 Ignore the Acura logo, this really is the new Honda NSX in its final production spec. No more concepts that change shape and size. No more maybes. This is the real thing that you will see on UK roads later this year.

And before we go any further, let's just confirm exactly what the production NSX - New Sports Experience - really is.

The drivetrain is a 75-degree twin-turbocharged dry-sumped V6 mated to a nine-speed dual clutch transmission. On top of that there are three electric motors - one for each of the front wheels and another to fill in the torque gap when the engine's turbos are spooling up. All very McLaren P1-esque.

Talking of which, if you think there's a link between this engine and the new F1 unit that will power the McLaren team next year - there are some heavy similarities - it's all purely coincidental, according to Honda.

Or not. The NSX concept changed powerplants mid stream - one of the reasons it's so late. Perhaps this was because Honda had decided it was going to rejoin F1 and wanted the road car to be like the racers. It would be worth delaying to have that crossover, wouldn't it?

Anyway, as complicated as the power generation sounds, it's just the beginning of a long journey before it gets to the tyres. There are three active systems onboard: ‘Super-Handling All-Wheel Drive', which finesses your ham-fisted braking, steering and throttle inputs to keep the car heading in the right direction; ‘Agile Handling Assist', which applies the brake on the inside front wheels to make the car turn faster; and ‘Integrated Dynamic System', a four-mode dial that allows you to choose the car's character.

There is also a launch function that gives the NSX ‘zero delay' performance from rest. This is said to be bordering on frightening, according to one spokesperson. The benchmarks were the Tesla Model S and the Nissan GT-R. The new NSX beats both of those comfortably, they say.

The company isn't going to reveal the total power output of the car until closer to its launch this summer, but has admitted that the max power output is ‘over 550bhp'. It will need to be if it's going to stay with its intended sparring partners: the Ferrari 458, Porsche 911 Turbo and Audi R8 V10.

The new car has a mixed material - aluminum, steel and other stuff so secret they won't tell us - space frame anchored by a carbon fibre floor that together reduce body flex. The body panels are formed out of both aluminium and composite.

Packaging has been key to the NSX's performance, they say. By concentrating as much of the mass towards the middle of the car, it has, what Honda claims is, the lowest centre of gravity in its class. There is fully independent all-aluminium suspension front and rear acting on 19-inch front and 20-inch rear wheels.

It'll cost around $150,000 in the US when it goes on sale there this summer. so expect a similar number in Sterling when the UK price list goes live.

We are still none the wiser, then, about any of its performance numbers - or weight - but at least we now know the above, which should keep us going for now.

Why is it badged as an Acura, not a Honda? Acura is Honda's posh brand in the US - like Lexus is to Toyota and Infiniti is to Nissan. Controversially, the new NSX is going to be built in the US at a new facility in Ohio, not the hallowed facility in Tochigi, Japan where the original NSX was built.

But it'll be called a Honda when it gets here. Eventually. Excited?